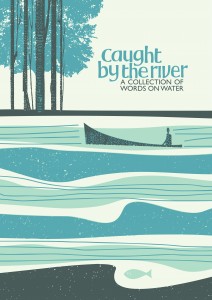 Meticulously timed to hook up with the start of the new coarse-fishing season (we did kinda wonder why, since maybe half of the possible readership will be a long way from their bookshelves for at least the next month, but it’s a great bit of symbolism all the same) Caught by the River’s new printed “collection of words on water” was officially launched at Foyles on Monday evening last week. 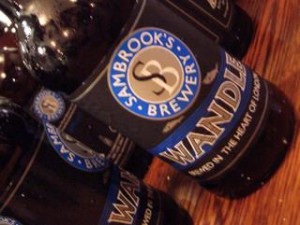 With whistles whetted by bottles of Wandle ale (what else?) several contributors read their own pieces from the book, and we got to talk to many more, including Roy Wilkinson who wrote the Wandle’s chapter, as well as a personal account of Trout in the Classroom which appears in our current newsletter.

Stoically propping up the anglers’ corner of the bar, we also met up with Charles Rangeley-Wilson, Keith Elliott and Chris Yates, author of literally countless modern angling classics… and we all marvelled at the artwork on the walls, including an impressionistic map of the Wandle by John Richardson: 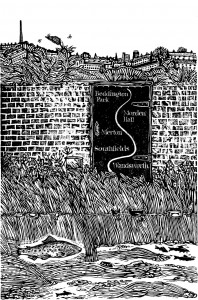 In short, editor and music maestro Jeff Barrett‘s newest compilation really does seem to be “a uniquely modern take on an age-old tradition – a rock ‘n’ roll nature book even”.

And best of all, Octopus Publishing Group are very kindly offering Wandle Trust supporters a 30% discount on Caught by the River until 31 August: just follow this link and quote promotion code wandle09 when you place your order.

We’ll also have one or two copies to give away, so keep an eye on this site and wandlepiscators.net for opportunities to win yourself a bonus volume!