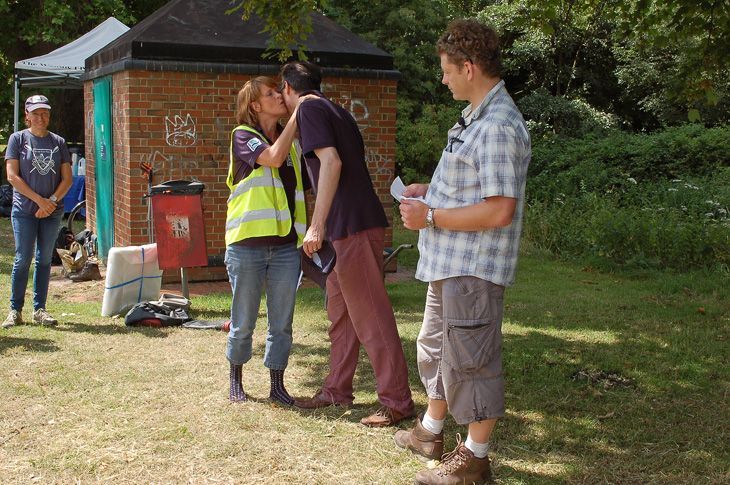 July’s picnic was our chance to say thank you and farewell (in due course) to Erica who has organised and run the monthly cleanups since November 2008. She has only missed one – a friend of hers was celebrating a 50th birthday with an elegant lunch at a hotel in Sussex – an invitation she couldn’t refuse – but Erica still came and loaded up the van on that morning, leaving Andy and me to drive to the location and supervise the volunteers! 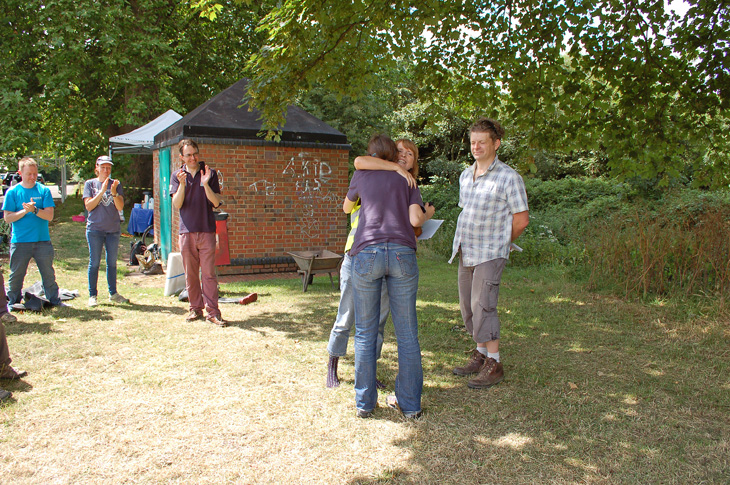 Erica has decided to join her family in East Anglia and even we have to agree that this location is a little too far to just ‘pop down’ to the Wandle and see which bits need cleaning up. So, whilst we were all relaxing on the grass with our delicious picnic, we made a few speeches, presented her with a card signed by everyone, containing something for her to spend in John Lewis, as well as giving her a Jane Porter original ‘Wandle’ picture (note the eels in the car tyre!) 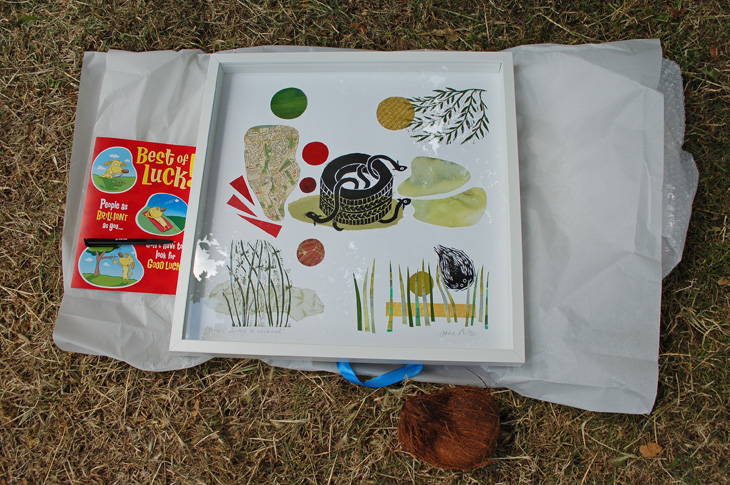 and, of course, a coconut! Our regular volunteers know that when we decided to keep a record of the amount and type of rubbish removed from the Wandle, there would inevitably be a coconut. Curious as to why this was, Erica researched the reasons and wrote a piece for our newsletter (it’s to do with the Hindu festival of Ganesh). Since then, it’s been an ongoing symbol of our efforts to protect the river.

She wanted me to let you know that she was absolutely thrilled with her presents and sends a huge thank you to everyone. She was so touched by all your good wishes and hopes to catch up with you all as she’ll continue to organise the cleanups until a successor has been appointed, and will help handover to the new person too. 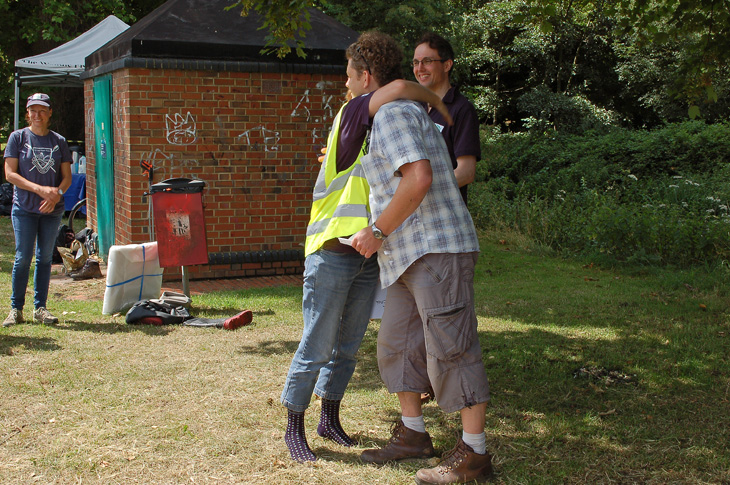 Erica says she will definitely be back to pick up a litter picker and bin bag and be part of the happy band of volunteers that make Wandle cleanups the success they are.

I’m sure those of you who know her would like thank her for her commitment and for the hard work she has put in since she became involved with the trust around 15 years ago, and wish her all the very best for the future.