How was it introduced? Introduced as an ornamental plant in the 19th century

How does it reproduce? Spreads by seed, producing popping capsules that can propel seeds up to 7m from the mother plant

When in flower, it is hard to miss Himalayan balsam with its tall stem, rich green leaves and bright pink flower heads. It is also not hard to imagine why it was such a popular ornamental plant back on the early 19th century when it was first introduced to the UK.

Balsam plants produce small pods containing seed. When these are ripe, a small disturbance causes these to pop and expel seeds up for 7 m from the mother plant. With this tactic, Himalayan balsam quickly escaped gardens and became established in the wild.

Favouring damp environments, balsam can form dense stands on the banks of rivers, suppressing the growth of native vegetation. In winter this becomes an issue as the plant dies back and leaves the banks vulnerable to erosion, with increased silt inputs potentially degrading spawning habitat for fish in the Wandle.

Wandle distribution: Himalayan balsam is found up the length of the River Wandle, with the upstream source currently thought to be Beddington Park. Here our volunteers have been working hard to remove the plant for several years at local volunteer events.

Think you have Himalayan balsam on your land? If you think you may have balsam on your land, please take a picture and send it to us at information@wandletrust.org. We can ID the plant and then provide you with guidance on how to control this species. 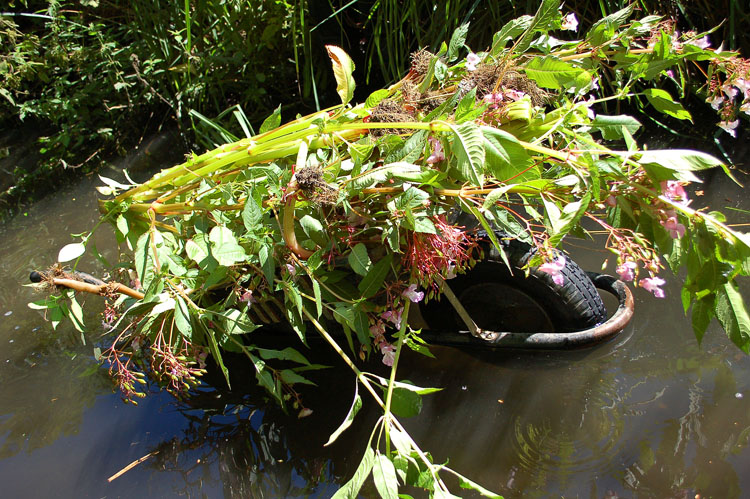