How was it introduced? Introduced as an ornamental plant in the 19th century

How does it reproduce? Solely by vegetative means, sprouting from fragments of the rhizome and stem

Japanese knotweed is one of the most famous INNS in London, and even made the news during preparations for the London Olympics.

The plant was introduced to the UK from Asia as an ornamental plant. In the UK, Japanese knotweed does not set seed – instead it reproduces vegetatively, sprouting from its roots. A fragment of root or stem as small as 1 cm can give rise to a new plant. With this in mind, it is not surprising that the plant quickly escaped gardens and became established in the wild.

Japanese knotweed can form dense stands where it is established, preventing native vegetation from growing reducing local biodiversity. In the winter, the plant leaves river banks vulnerable to erosion as it dies back.

Wandle distribution: Japanese knotweed can be found in Sutton, Merton and Wandsworth along the Wandle in small patches. Thanks to our trained River Rangers, we have an accurate map of its distribution allowing us to work with landowners to start its control and eradication. 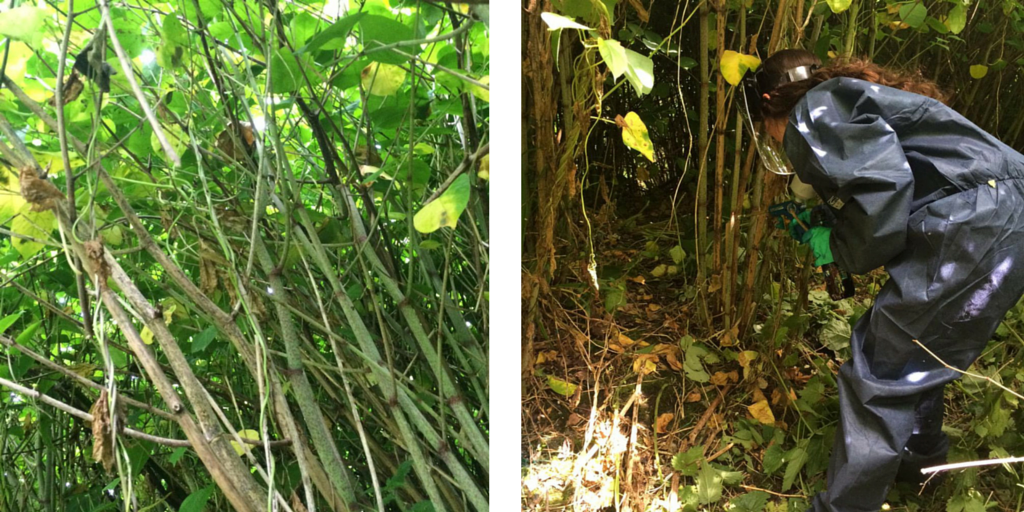