Yesterday I went to meet the Minister for Marine and Natural Environment, Huw Irranca-Davies, on the banks of the Thames at Westminster and bizarrely enough, whilst others wore suits, I wore my waders! 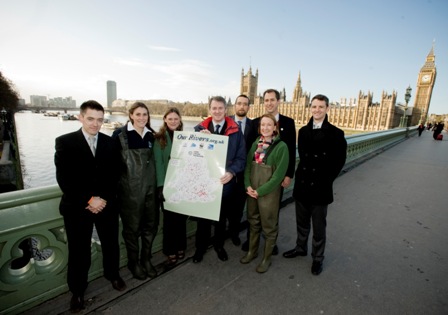 I was part of a group from the RSPB, WWF UK, the Association of Rivers Trusts, the Angling Trust and Action for the River Kennet (ARK) who went to ask the Minister to ensure that the new river management plans, which are published next month as part of the Water Framework Directive, will take notice of important local issues which have been omitted from the plans for many rivers.  Hence, Charlotte from ARK and I were asked to wear waders to show that we actually get out there in our rivers and that our organisations and supporters hold a lot of valuable information about our local rivers.

The Water Framework Directive is a piece of European legislation which requires all rivers (and large lakes) to reach a ‘Good’ ecological status by 2015, or in the case of rivers that have been heavily modified through engineering and urbanisation, such as the Wandle, a ‘Good’ ecological potential.  You can read about the process here.

The Environment Agency was charged with the work to meet this target and part of the process has required extensive consultation to identify what the issues are on each river and what is currently being done about them.

The Wandle Trust responded to this public consultation earlier this year, and the Environment Agency has now published a preliminary version of their final River Basin Management Plans, which outlines the current state of each river (the Wandle is currently classed as ‘Poor’) and what is being done to improve it. (You can read about the EA’s assessment of the Wandle on pages 401 and 408 of Annex B, and what is being planned to improve the river in Annex C, downloadable here).  The final version, which will be presented to Europe, will be published on 22nd December. 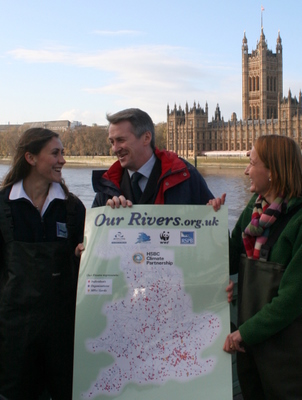 The Minister was interested in our work at the Wandle Trust and particularly our cleanups as he’d recently joined Thames 21 to remove litter from the banks of the Thames.  We presented him with a map showing where local supporters, river action groups and MPs have been ‘standing up for their river’ through the Our Rivers campaign website. 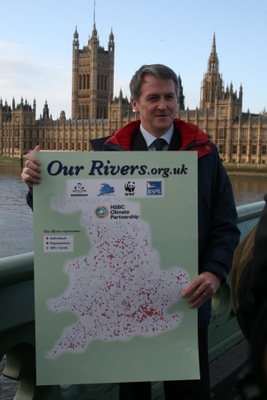 Organisers of the Our Rivers campaign then grilled the Minister for answers to their questions on camera.  Our Rivers was set up by the RSPB, WWF UK, the Association of Rivers Trusts and the Angling Trust to help encourage people who know and care about their local river to fill the gaps in understanding and help the Environment Agency implement the Water Framework Directive. 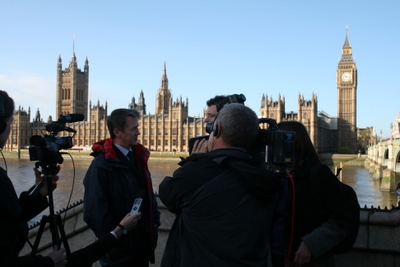 You can still Stand Up for the Wandle by adopting the River Wandle on the Our Rivers website (www.ourrivers.org.uk) and contributing your own local knowledge about our local river.

Click here to download our press release (in pdf format) about the Wandle Trust’s involvement in the Our Rivers campaign.