The last couple of months have seen the publication of two important new books related to the River Wandle. 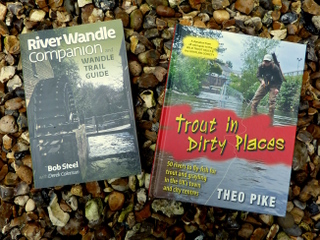 In early April, the Wandle Trust’s Chairman of Trustees, Theo Pike, launched Trout in Dirty Places: 50 rivers to fly-fish for trout and grayling in the UK’s town and city centres. 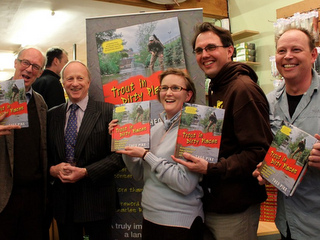 Described by one reviewer as “a landmark in fly-fishing history”, Trout in Dirty Places provides a fascinating snapshot of the state of urban rivers across the UK, with profiles of many community river restoration and Trout in the Town groups – of course including a chapter on the Wandle and the Wandle Trust!

Then, this week, the much-anticipated River Wandle Companion and Wandle Trail Guide was published by our good friends (and dedicated Wandle volunteers) Bob Steel and Derek Coleman. 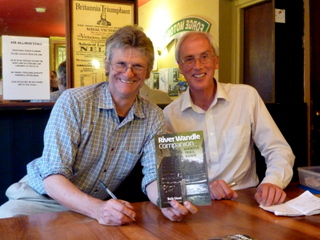 This is the first new guidebook to the Wandle for 15 years, bringing the story of the river’s revival right up to date, and including huge amounts of painstaking new research and details about local history.

Both books have now been officially launched, but we hope to arrange further authors’ signings at Wandle cleanups in the near future. In the meantime, the books are also available via the following links:

Update: on Saturday 17 November, Derek Coleman will be giving a talk on the wildlife of the Wandle at the London Wetland Centre. Click here for full details.