Two weeks ago, we spent three days back at our Ravensbury Park Back Channel project to finish off the works.

Day 1 was spent preparing a site for 2000 plants which were due to arrive the following day.  Our loyal volunteers arrived expecting an easy day of planting and instead we surprised them with spades, shovels and a huge pile of soil! We needed to create a gentler slope on the bank and to do that involved some serious work. But with visions of tea and cake we soon got stuck in and the bank started to take shape. 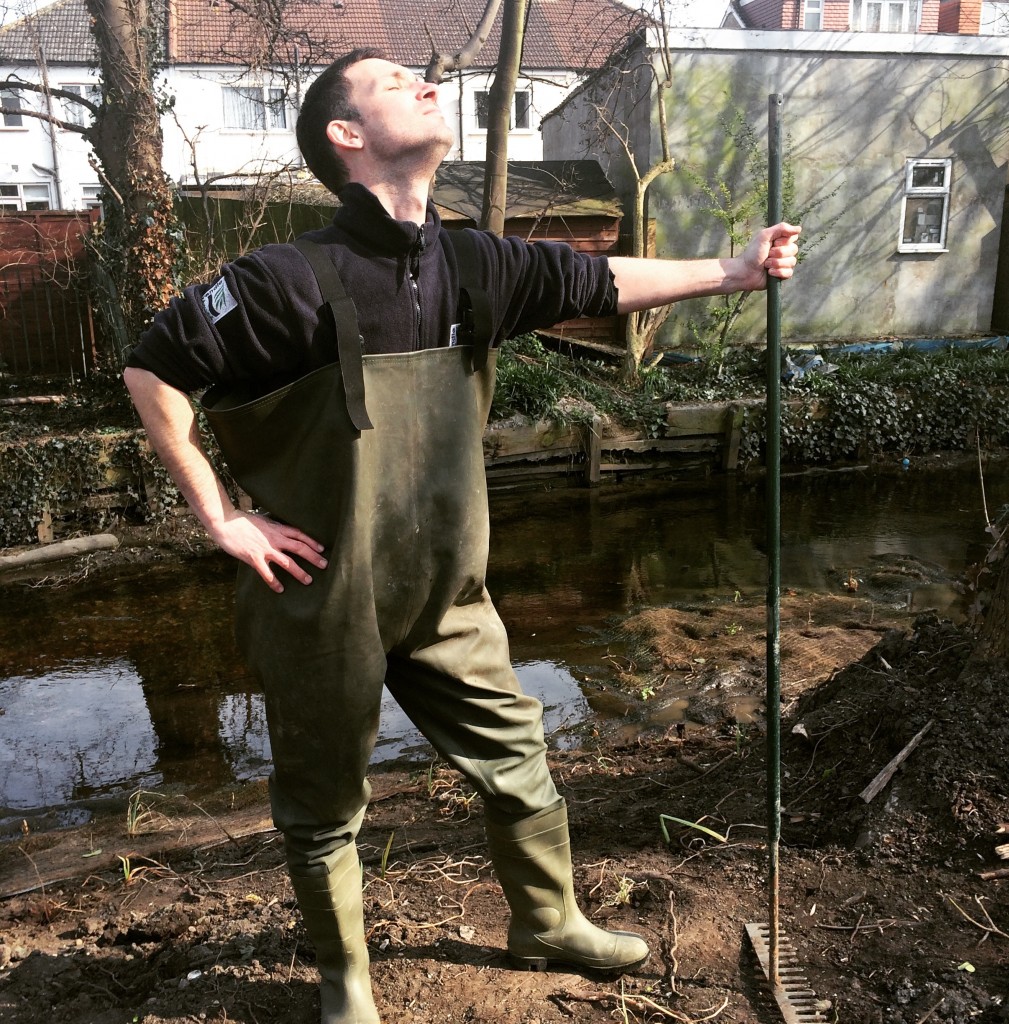 Meanwhile, we also had a team putting up bird boxes in the area. These bird boxes have been designed with grey wagtails in mind, a bird which you can often see skipping along the back channel. 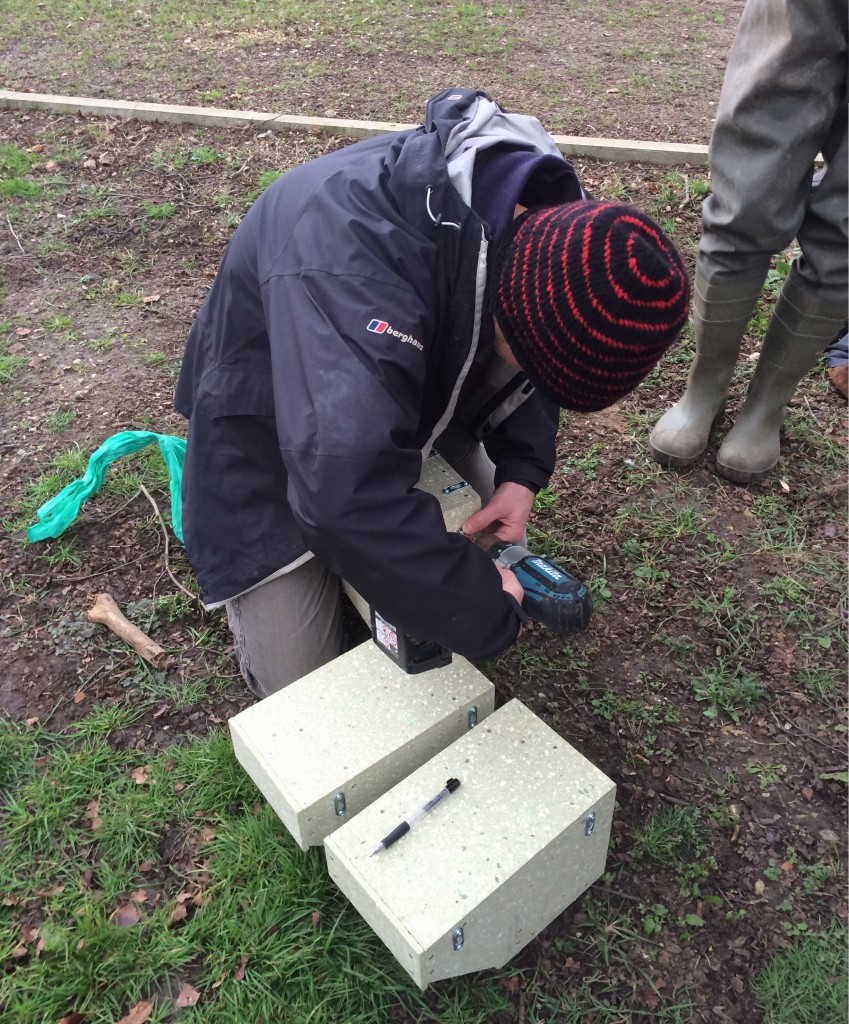 The day ended with a pilot test of our bat boxes. We have brought five bat boxes to put up in the area. They are odd looking things with flat wood and small crevices between for the bats to roost in – almost like a bat multistory car park! With wire and a ladder, Luke and the volunteers tried to install the first one to perfect the technique ready for the next day. 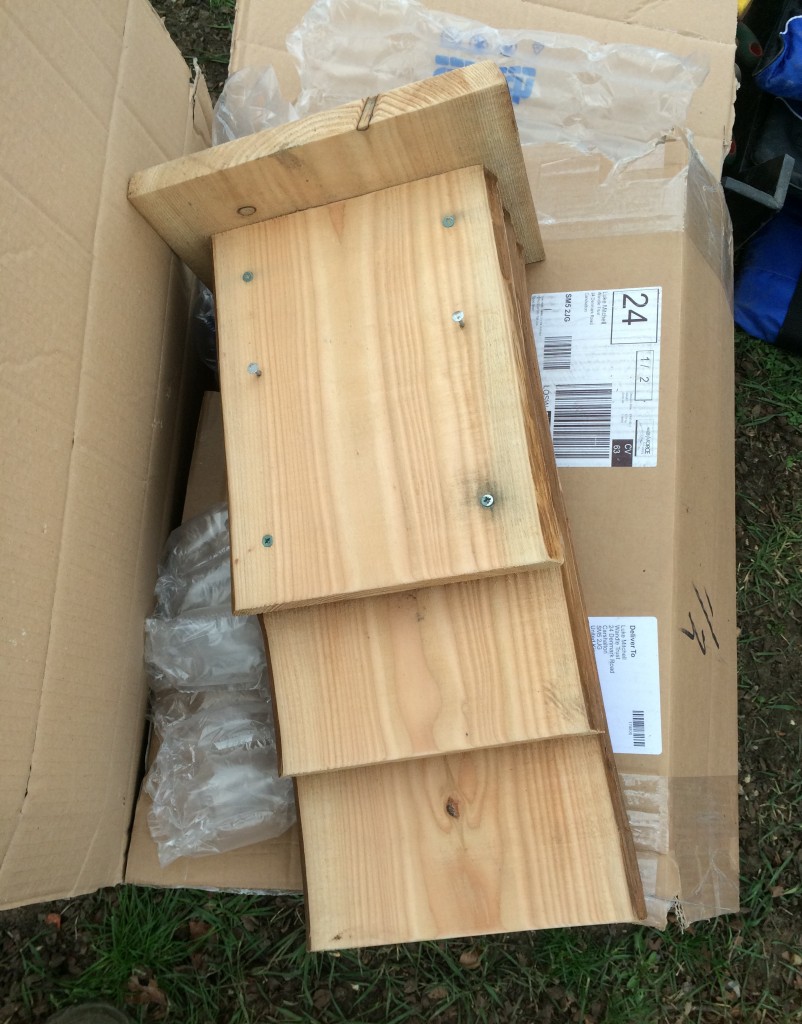 Day 2 soon came round with slightly improved weather and all 2000 plants had arrived! We ordered a variety of species – some were to be planted in the water, and others would be added to the banks such as lesser pond sedge and reed canary grass. All together these would make a great marginal community of native plants. 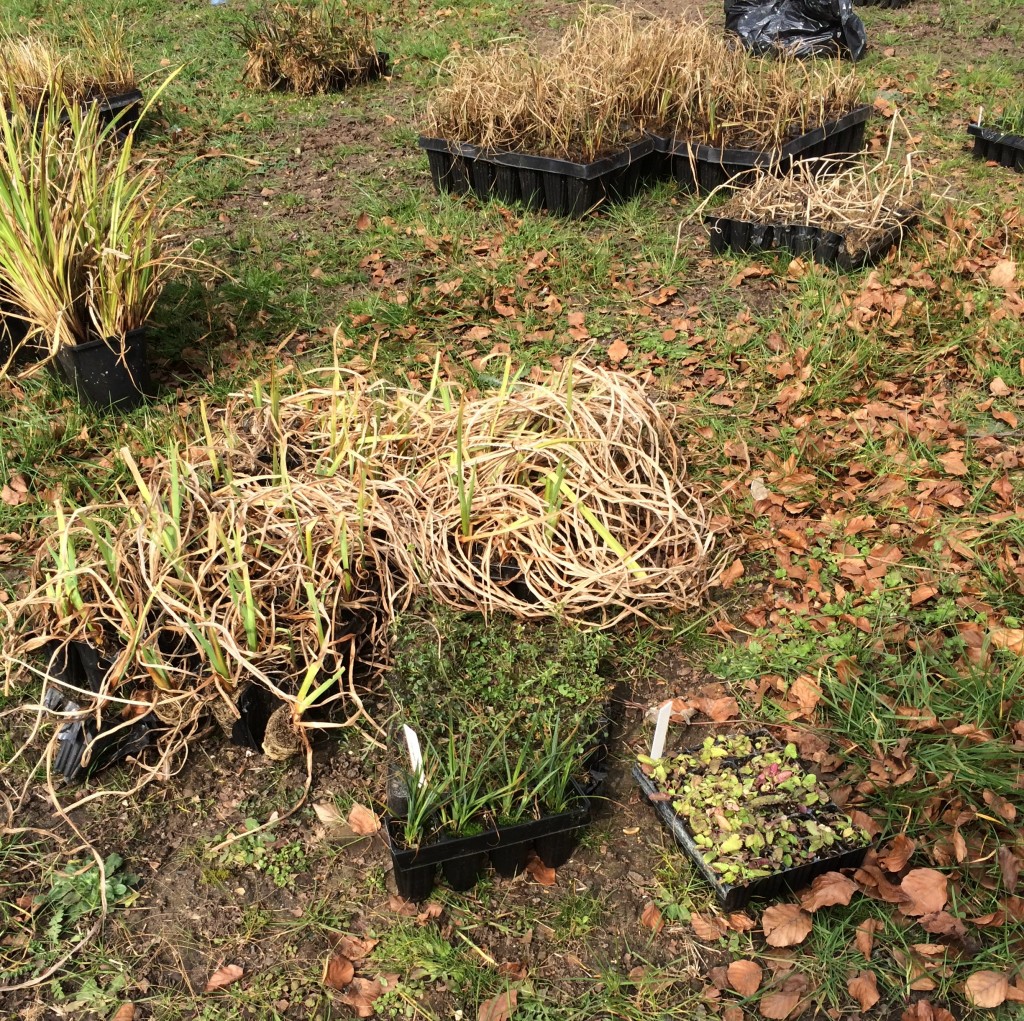 We had 2 sites to plant up so we divided the trays into piles of different species – one pile for each site. Our 9 volunteers then headed off to site number 1 armed with dibbers, waders and gloves. 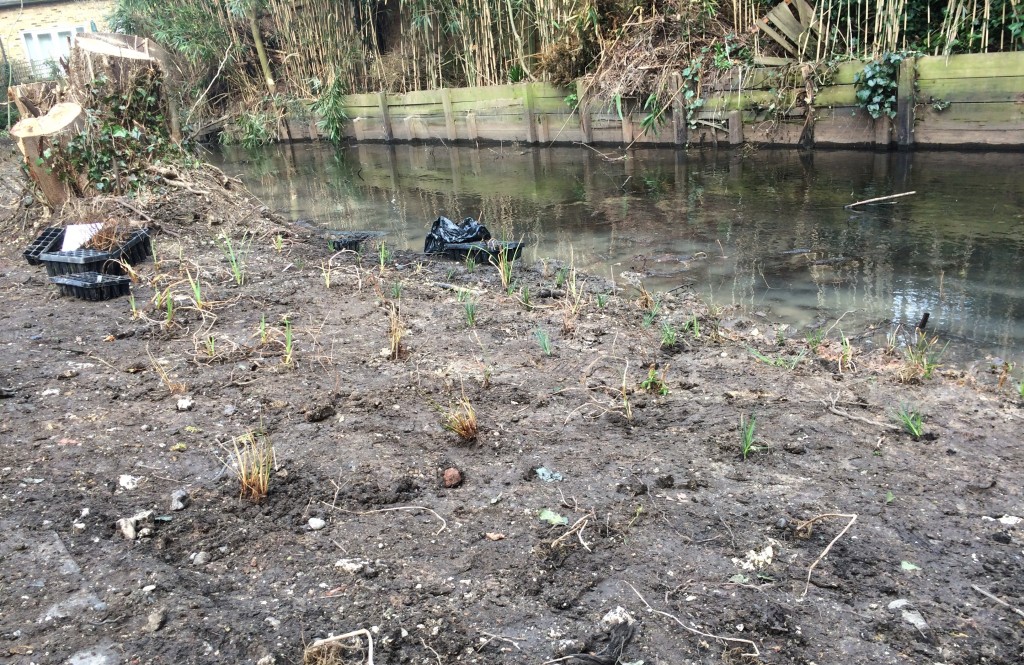 By lunchtime, the site was finished and everyone was ready for tea, coffee and cake. 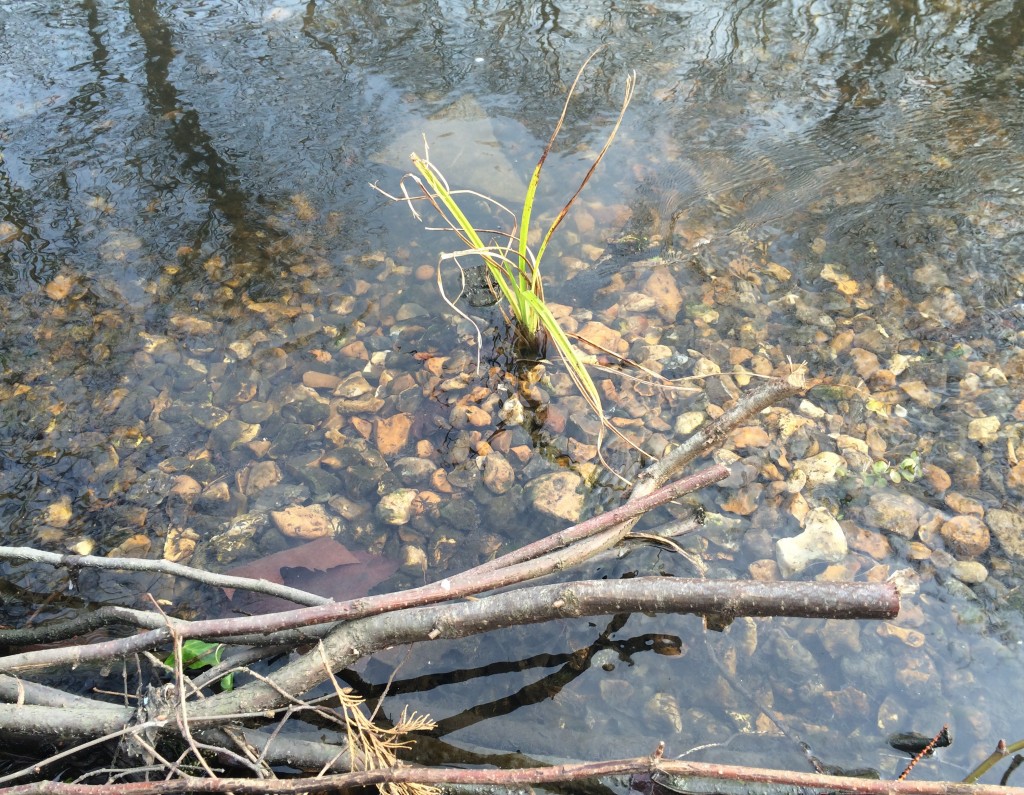 After lunch we moved onto site 2 and decided to focus on the plants that needed water so they were in before we had to leave for the day. So it was wader time again…

On our third and final day we were joined by 5 volunteers to do the last bits of the project. First we all focused on the final 1000 plants – and even I had the chance to get involved! 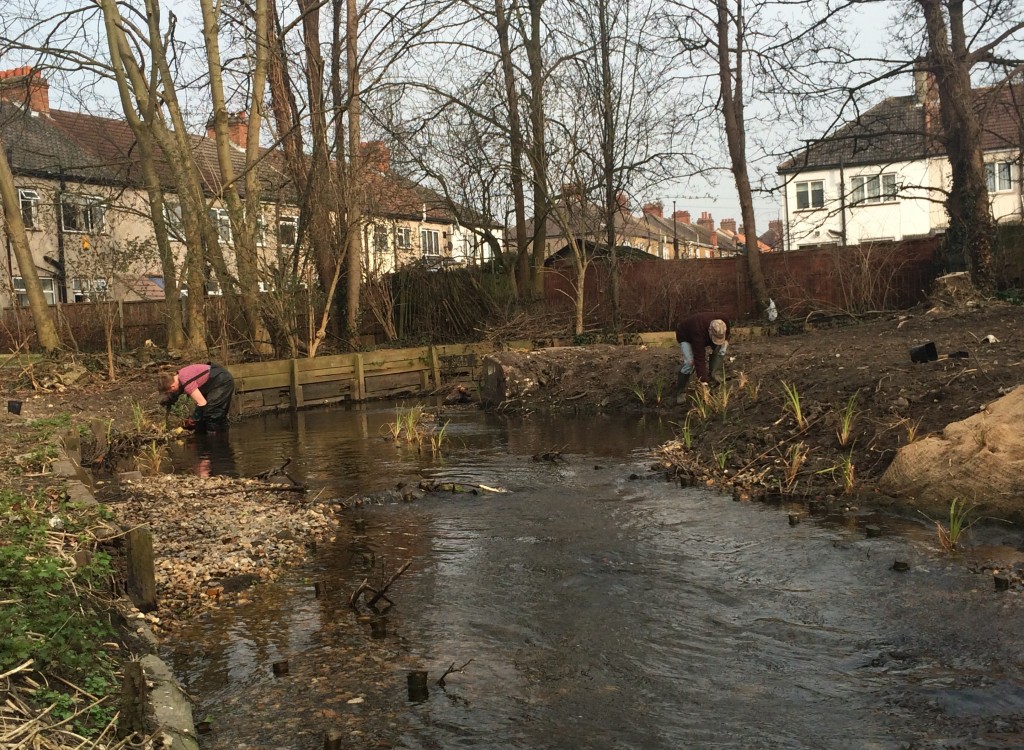 Louise from the Living Wandle Landscape Partnership team couldn’t resist coming for a visit and doing some planting as well. 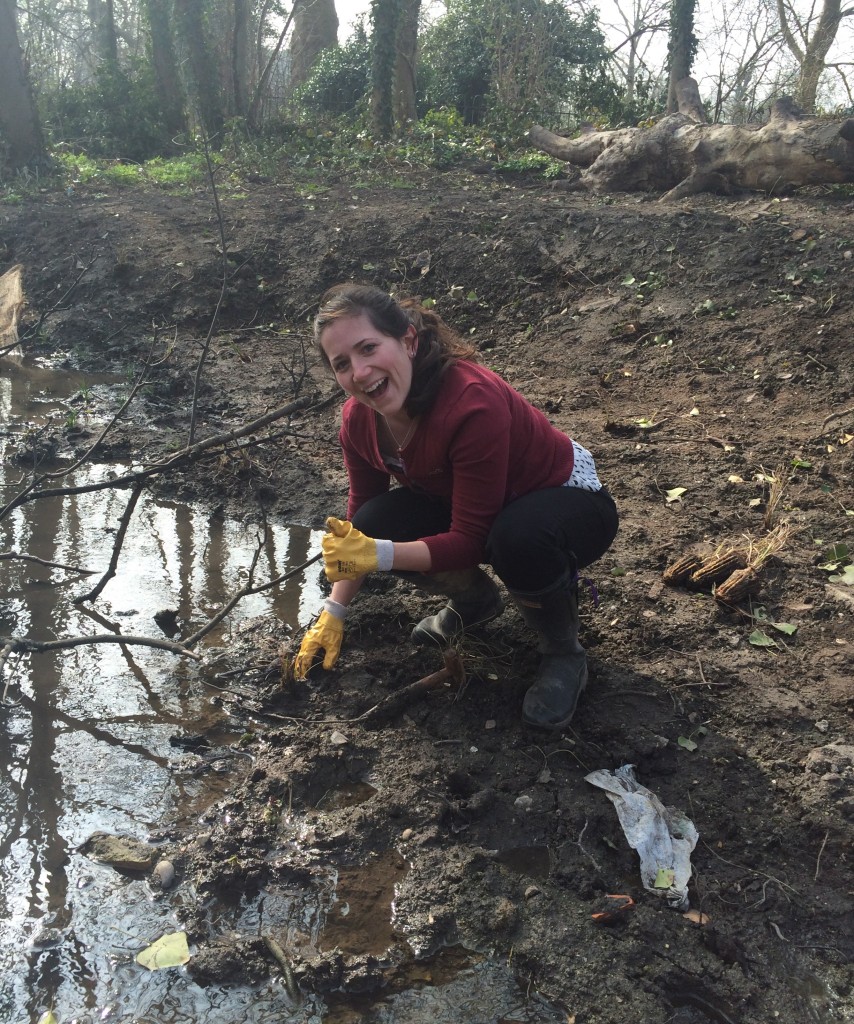 The pile slowly got smaller and after a quick lunch break we had all 2000 plants happily installed in their new homes. 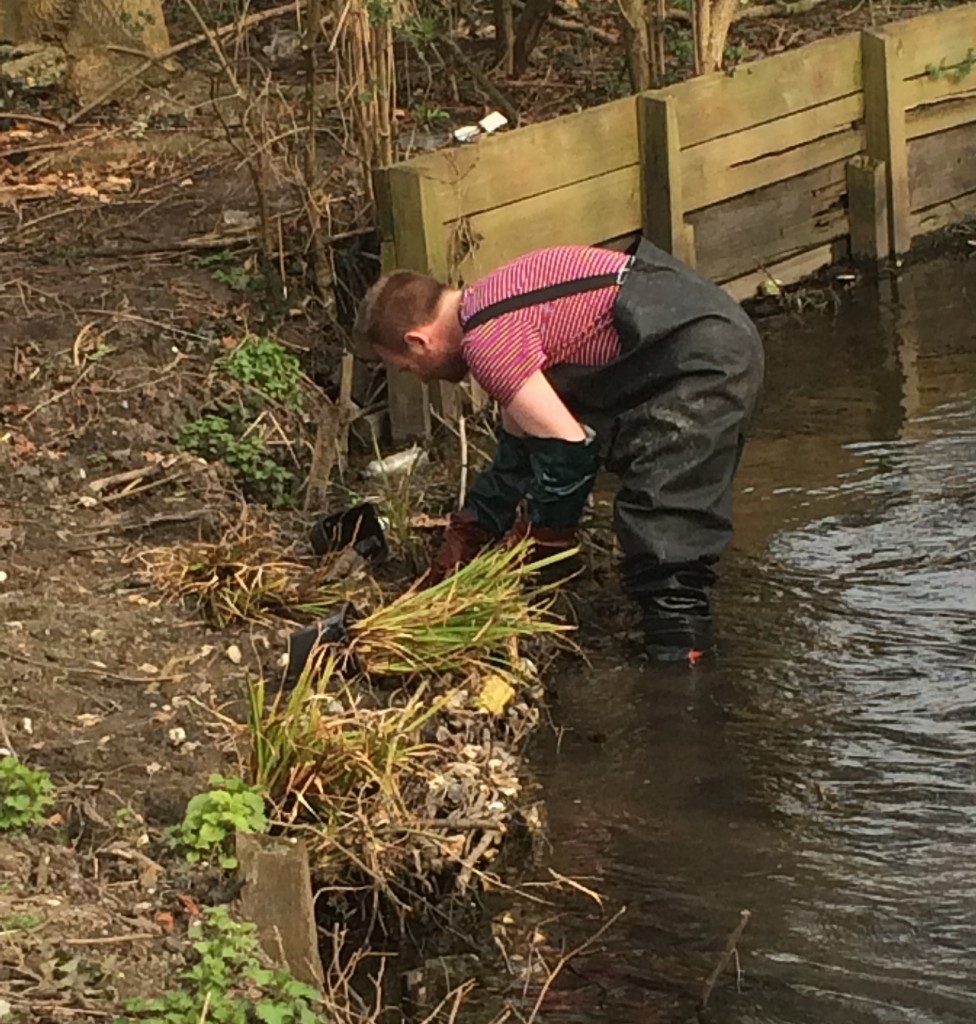 The next job was raking and seeding the bare ground with wildflower and grass mix. It was a great 3 days out in the field and a big thank you to all the volunteers who came to help! 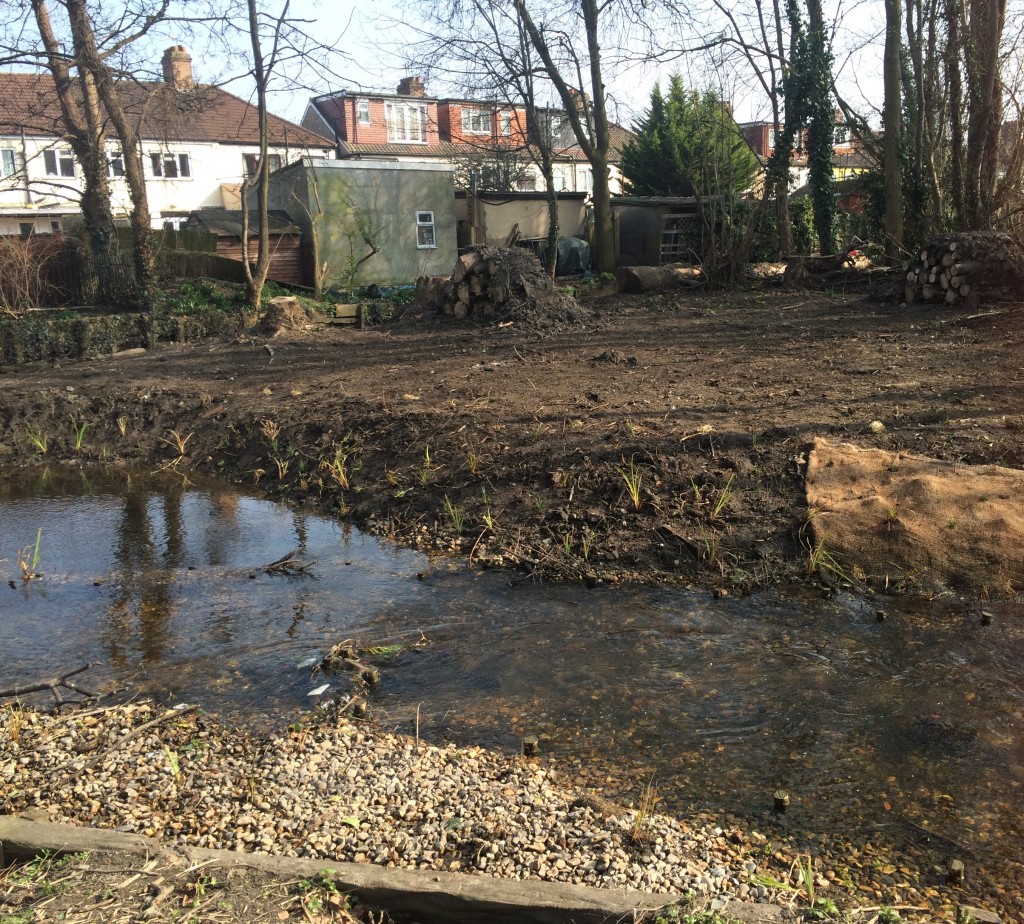 A big thanks to Lawrence who helped run the event with Luke and myself.

Next week – Wimbledon Common and the Beverley Brook!