With the weir at Mill Pond place notched and the river now flowing freely we were itching for our next dose of river improvement work. So it was on a beautiful Sunday morning on 24 July that a bunch of enthusiastic volunteers descended on the river to narrow the river by installing chestnut faggot bundles to create a new bank line.

Our resident fitness instructor, Gideon, started us off with a warm up to make sure no muscles were pulled as we prepared to swing our sledgehammers! 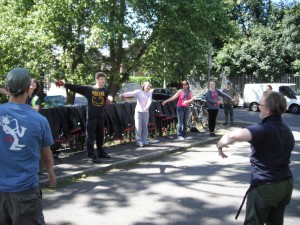 The work started with a clear up of litter that had revealed itself as the water dropped after the weir notching. 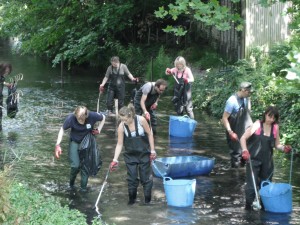 The ususal treasure trove of rubbish revealed itself… Ole! 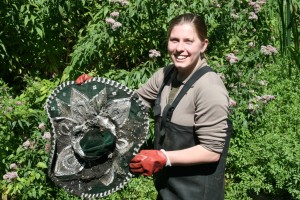 Hope they got a good price for it! 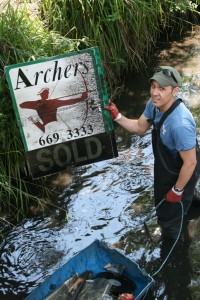 Does this hook say anything about the size of trout found in bygone times in the Wandle?! 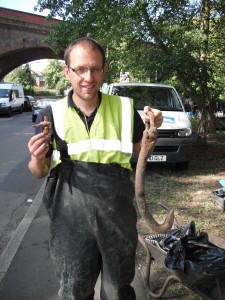 Then it was down to work installing chestnut faggot bundles secured by stakes and held down with wire. 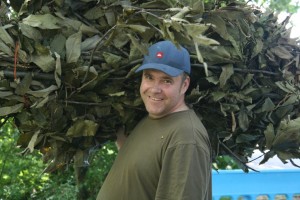 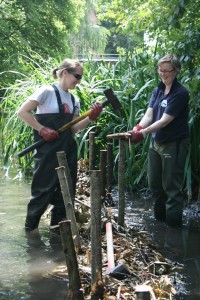 Time for a well earned break! 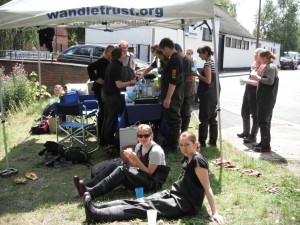 The posts were sawn off to water level and a new bank line was formed. 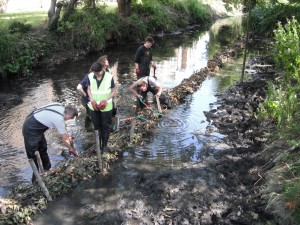 The finished product, ready to have large amounts of silt from the river deposited behind it in time to be planted by our volunteers on 31 July! 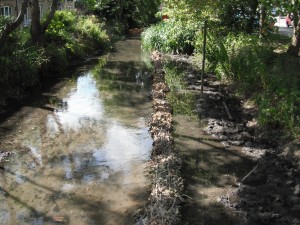 It was then off for a refreshing drink and a chat… 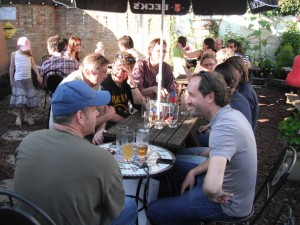 …before taking all the kit back to our lock up to dry in time for next week’s event! 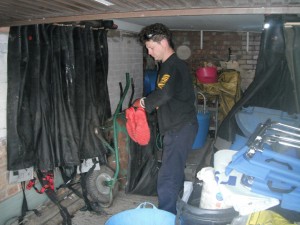 Watch this space for more updates!

This event was supported by the WATER project selected within the scope of the INTERREG IVA France (Channel) – England cross-border European cooperation programme, co-financed by the ERDF.