I have had a very exciting last two weeks at the Wandle Trust having spent more time outside in the river than in the office – lucky me! 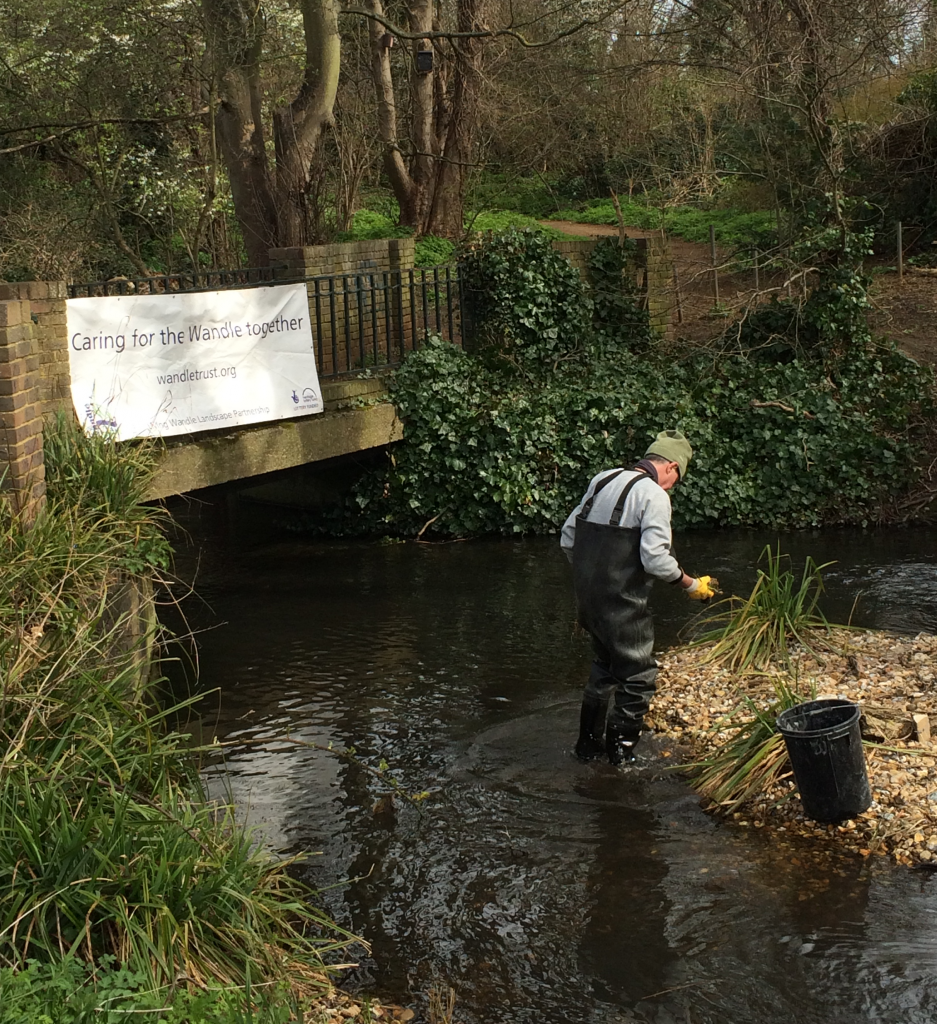 Firstly we had to add 500 native marginal plants to the newly restored section on Mill Lane. As always, we ordered a variety of different species so we could create a natural marginal community on the banks of the Wandle. Species included ragged robin, water mint, sedges and purple loosestrife. 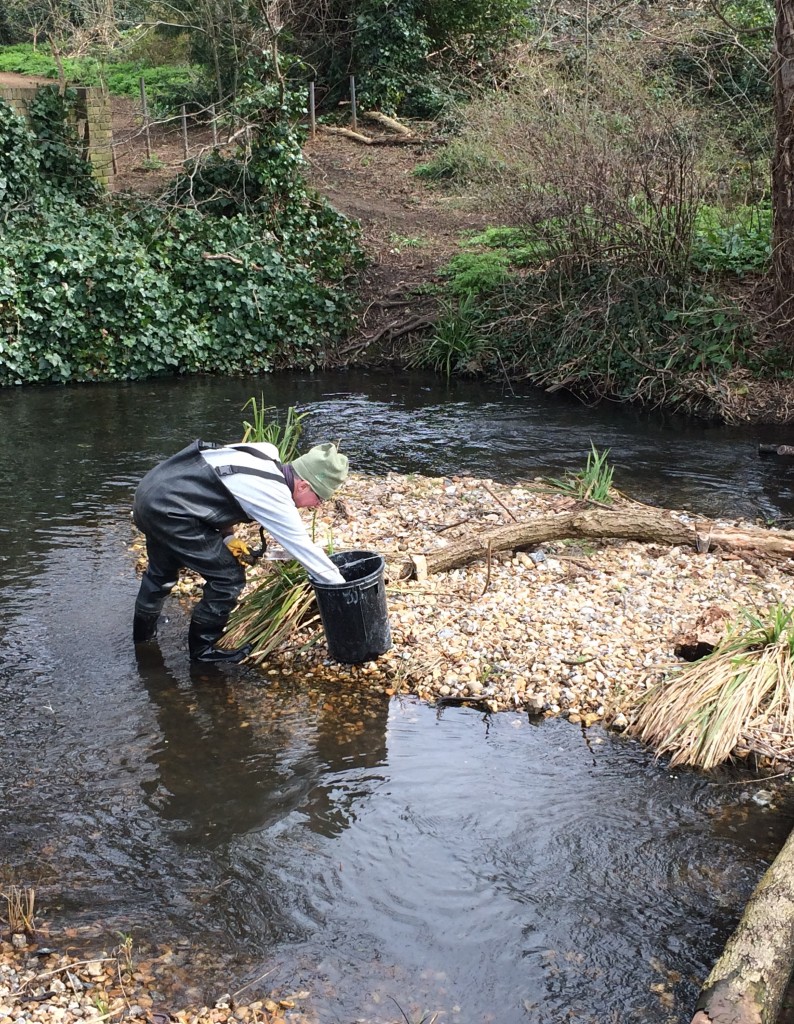 Meanwhile, some of our volunteers tackled the invasive non-native Canadian goldenrod (Solidago canadensis)which had established on the banks of the Wandle. Canadian goldenrod produces dense stands which out-compete native species, reducing habitat diversity. We caught it early in the season when it was just coming through as small purple tinted shrubs. You can see how dense the root system is in the image below. 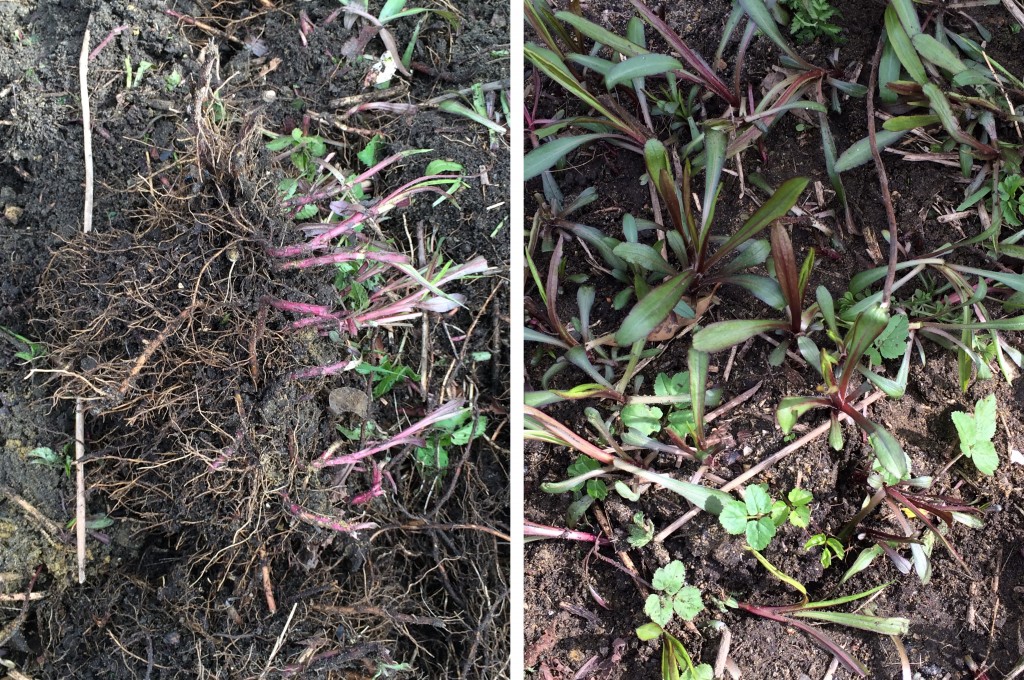 There had been a fair bit of fly-tipping since October that we were keen to tackle, so a team of us ran a mini cleanup while the planting was going on. Some highlights included a bed frame, a motorbike at Hackbridge and a car seat. In total, 40 bags were collected which is almost the number we get on a regular cleanup! 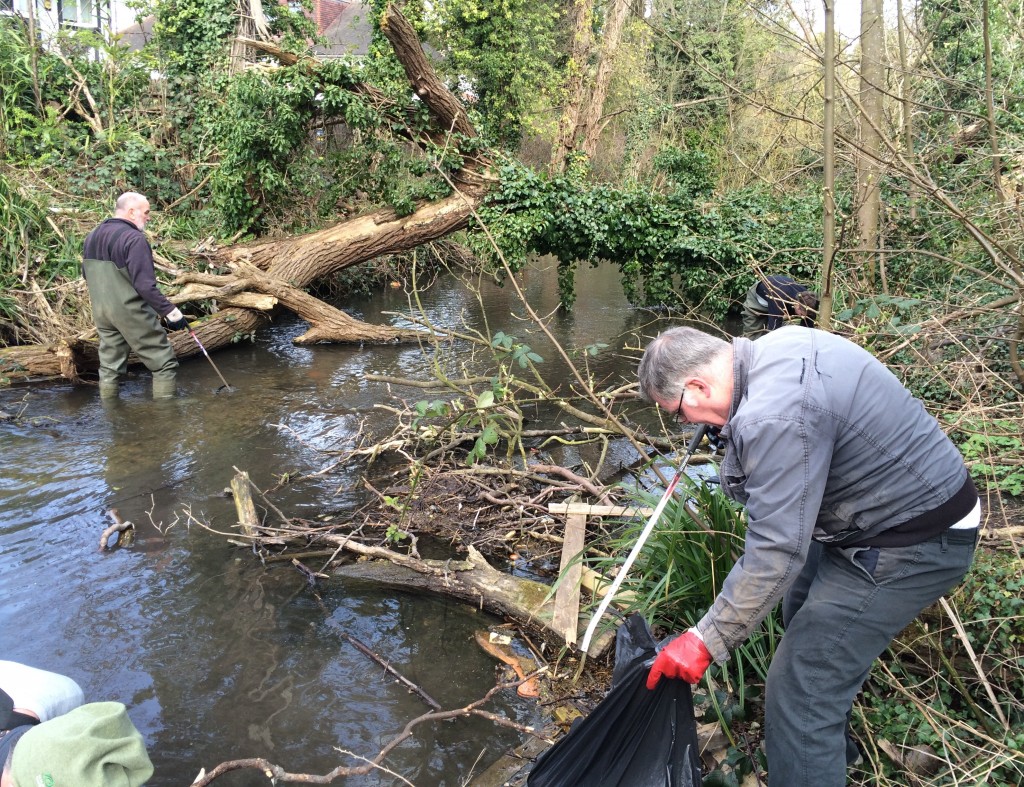 Next on the agenda was raking and seed sowing; coppicing and pinning in some Large Woody Material which had fallen into the river. 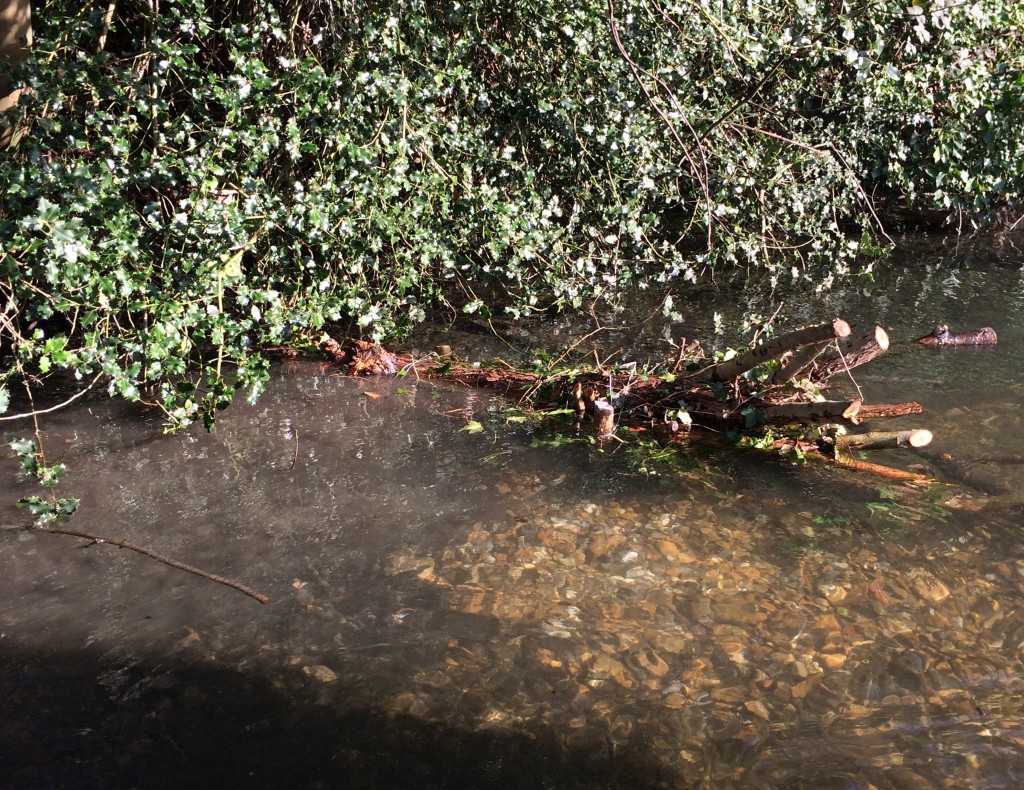 Altogether it was a busy day and we couldn’t have got it all done without our volunteers. 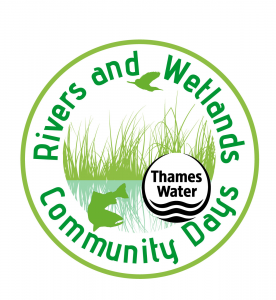