On Thursday 15 December last year, a car load of likely lads from the Wandle Trust descended on Sparsholt College in Hampshire for a fisheries masterclass: stripping eggs from 5 female trout and milt from 3 male trout, and then mixing the eggs and milt in a big bowl to fertilise the eggs.

They were ably tutored by Alan Black, the man in charge at the hatchery: 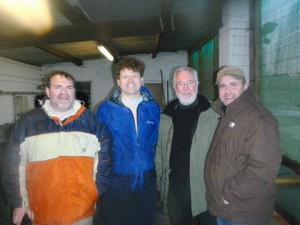 By Thursday 12 January, the eggs were ‘eyed’ and ready to be collected from Sparsholt: 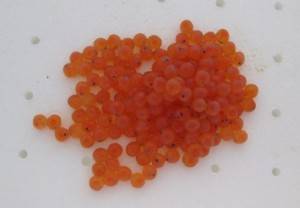 With help from 2 more Wandle Trust volunteers, 200 of the same eggs were delivered to each of the 7 schools taking part in Trout in the Classroom this year.

The children were amazed at how the eggs looked: these Year 5 girls from Furzedown excitedly wondered what was going to happen next… 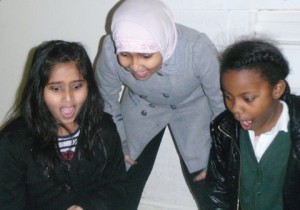 Within a week to 10 days the alevin (the first stage of a young trout after it has hatched) usually begin to emerge from the eggs.  From then on,  it’s up to the kids to keep the little fry healthy until they release them into the Wandle at the end of March!

Many thanks to our volunteers: Dave, Henry, Jez, John O, John P, and Richard