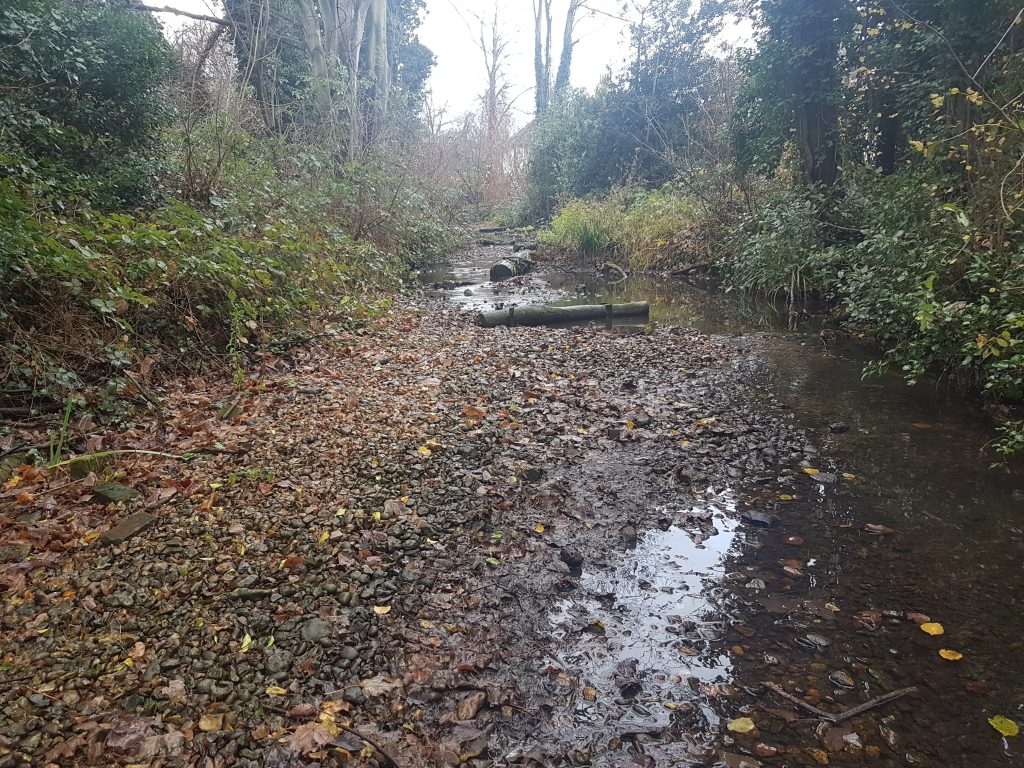 After the Carshalton Arm of the Wandle suffered low flows for another year (pictured above), we joined Tom Brake, the Environment Agency, SES Water and local Councillors, Jill Whitehead and Chris Williams, on the banks of the Wandle to discuss how we can better safeguard this precious south London chalkstream in the future.

During the walkabout along the river bank to see the work undertaken by volunteers, SES Water agreed to put in place plans to stop future pump failures and to safeguard the River Wandle’s brown trout.  SES Water and EA representatives also agreed to work with the South East Rivers Trust to ensure that the Wandle’s Carshalton arm is returned to its “Good Ecological Potential” status.

“We have a collective responsibility to ensure that the river is restored to its nationally significant flagship standing.

“I want to thank the Wandle and South East Rivers Trust and all of its volunteers for being so committed to the health of the river. I am pleased to see that SES Water and the Environment Agency are working together with the Trust to ensure that the brown trout thrives and appropriate water levels are maintained.”

“We are pleased that SES Water is committed to ensuring the River Wandle in Carshalton keeps flowing. The Wandle Trust has been working with the local community for many years to restore the Wandle, making it more resilient to drought and the pressures of its urban surroundings, but it’s all for nothing if there’s no water in the river.

“Water consumption in SES Water’s area is one of the highest per person in the country, and we can all do our bit to save water so that a little bit more can flow down the Wandle. In the meantime, the Trust will continue to work with SES Water and local people to help restore the local fish populations which have suffered as a result of these incidents at the pumping station”.

“As a local Company we take our environmental responsibilities extremely seriously so we welcomed the opportunity to discuss the River Wandle and reiterate our commitment to balancing the impact of our essential activities. Over the last two years we have focussed on improving the resilience of the pumping station and are currently putting more contingency measures in place. We have also again offered for our staff to contribute their time through our ‘Give a Day’ scheme which helps strengthen our relationships with local organisations. As part of the National Environment Programme (NEP), we will continue to work with the Environment Agency, Thames Water and the South East Rivers Trust to assess options to further improve the ecological status of the River Wandle.”

For the past three years, the Carshalton arm of the Wandle River has experienced a significant drop in water levels due to malfunctions in the recirculation system monitored by SES Water. With conditions worsening, Carshalton residents have expressed extreme concern over the status of the river, a focal point of the town.

In order to maintain the vibrant ecology of the river, the South East Rivers Trust assumed responsibility in 2015 for restoring adequate water flow, water temperature, and the brown trout population to the Carshalton arm. In 2016, their rehabilitation of the River Wandle’s Carshalton arm won the Urban Category of the 2016 UK River Prize. However, due to continuous problems with the recirculation system, the improvements made by the South East Rivers Trust have regressed, leaving the river in a poorer ecological state.

For more information on the award-winning restoration of the Wandle River, visit https://www.southeastriverstrust.org/award-winning-restoration-on-the-wandle/ 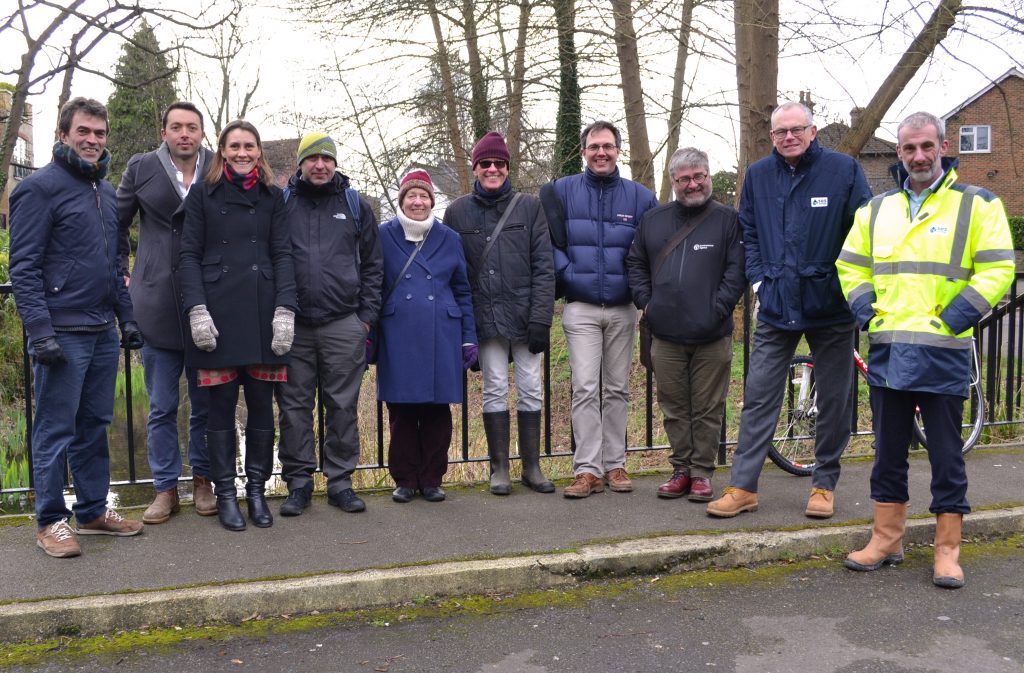