Tuesday was a big day for the students of All Saints Carshalton Primary School! 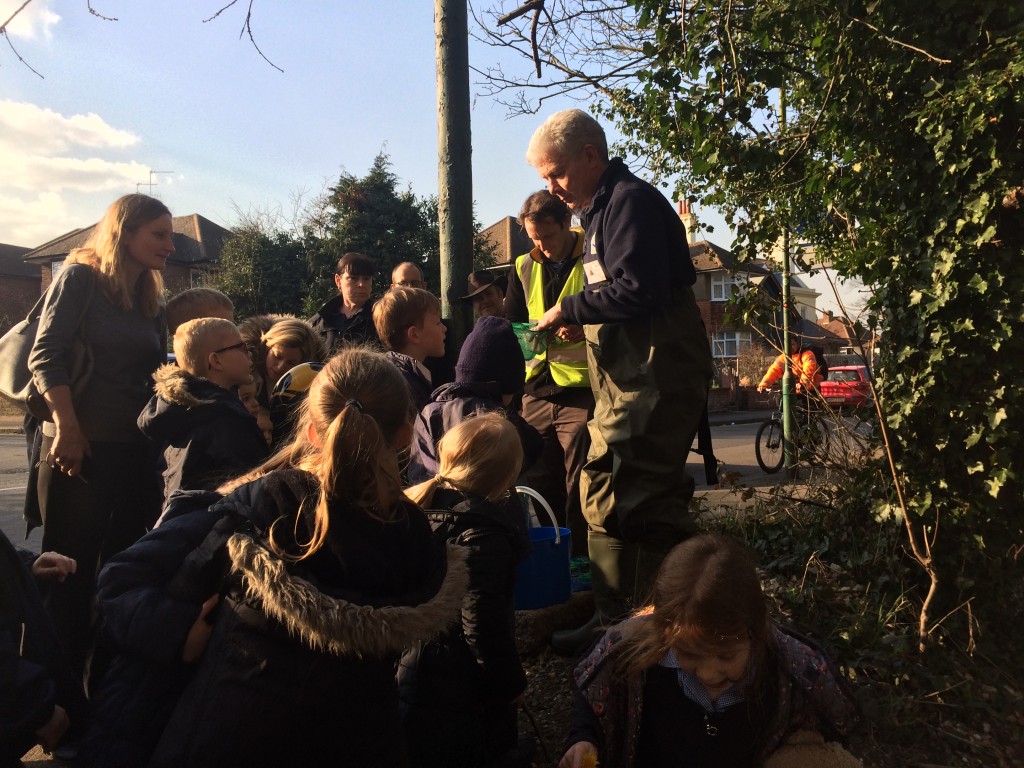 After signing up to our new Creatures in the Classroom project, the Year 1 class were given a tank filled with rocks, stones, sand and aquatic plants to replicate the natural habitat of the freshwater shrimps which were delivered a couple of weeks later.

Over the last month, the students have been caring for the shrimps, learning about the River Wandle, and taking responsibility for the ongoing care and welfare of the shrimps.

After school on Tuesday, the class gathered at Butter Hill in Carshalton to say goodbye to their shrimps and release them back into the Wandle. Each student had a go at catching some shrimps in a small net, and passing them to David Gill, the Education Officer, to release them into the Wandle. 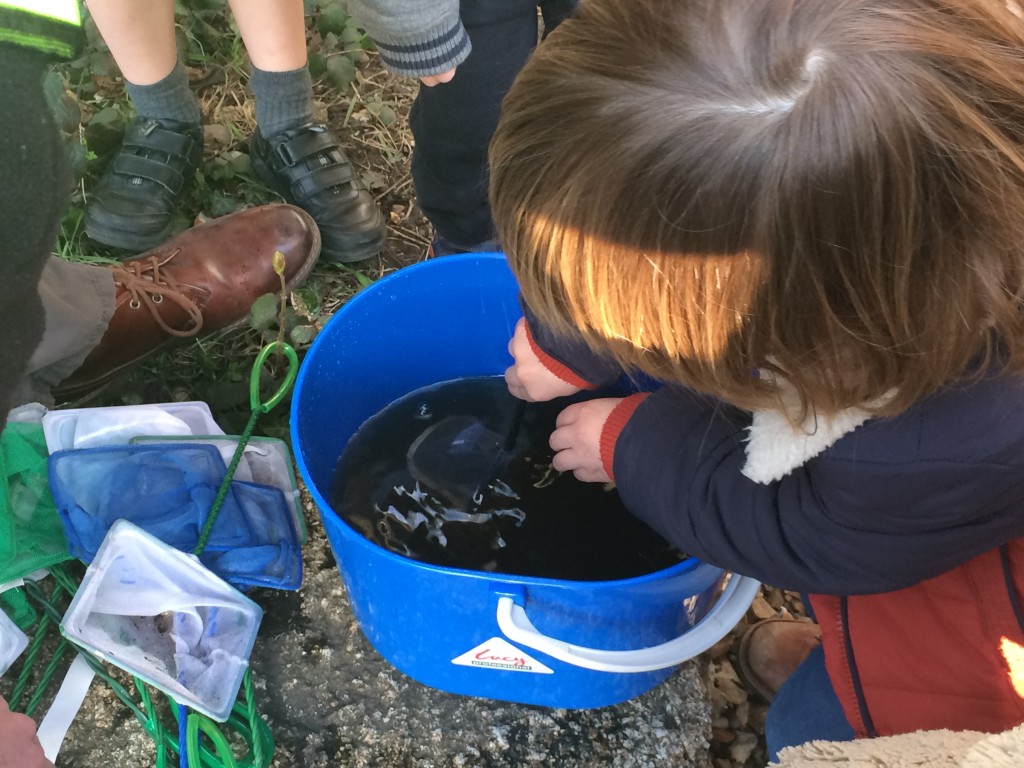 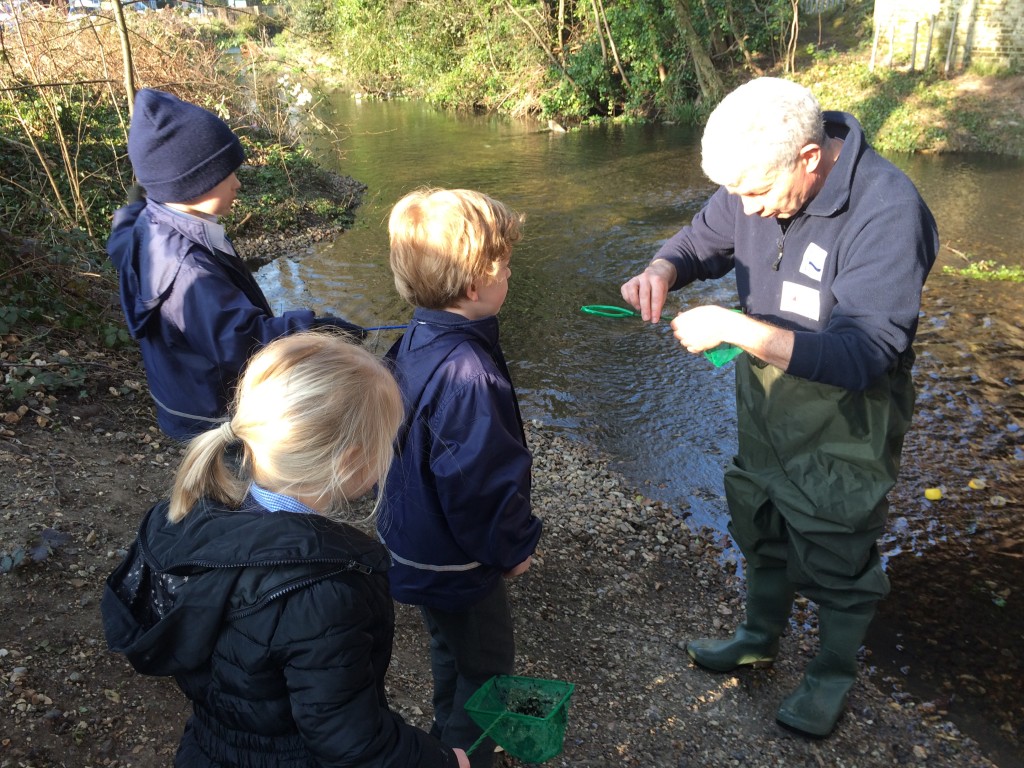 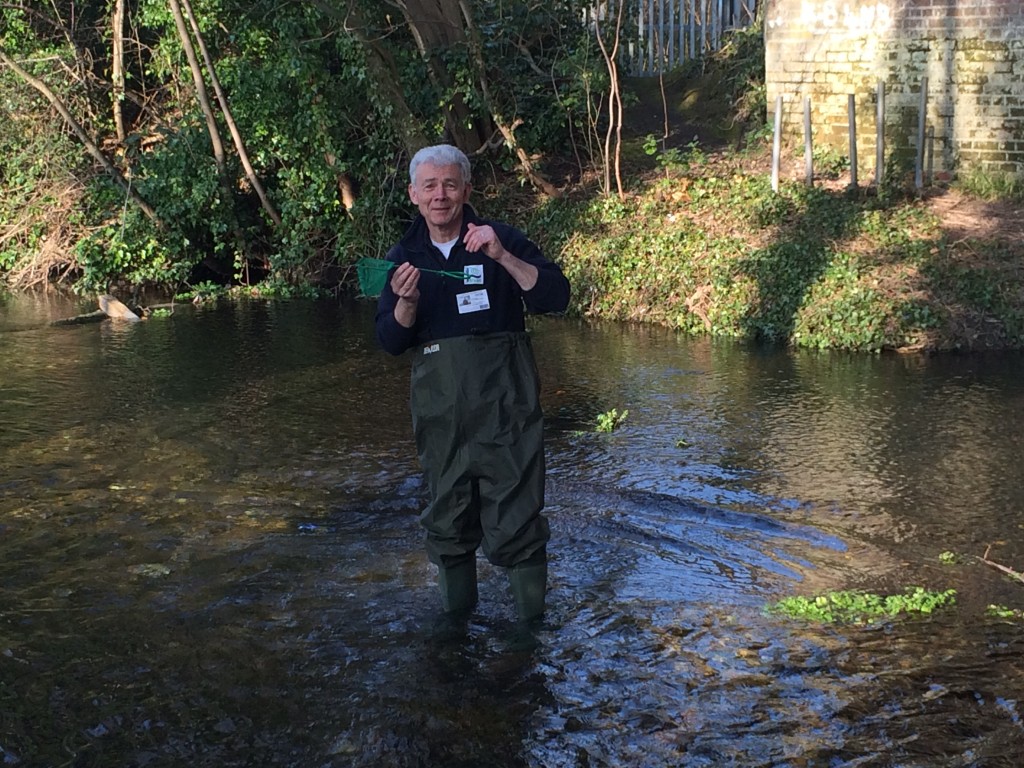 Creatures in the Classroom is part of Project Kingfisher, a new education project from the Wandle Trust funded through the Living Wandle Landscape Partnership.

This year, 25 schools like All Saints Primary School have taken part in Creatures in the Classroom raising sticklebacks and tadpoles, creating tyre ponds and looking after shrimps.

This spring we will be launching Window on the Wandle all about bringing students to the River Wandle to learn about its history, wildlife and future. Education packs for this will soon be available so watch this space!