For April’s cleanup we were back at Trewint Street, a trusty location for some big rubbish items. This month’s cleanup was kindly supported by Seymour Green Estate Agents, and the Living Wandle Landscape Partnership Scheme, funded through the National Lottery Heritage Lottery Fund. 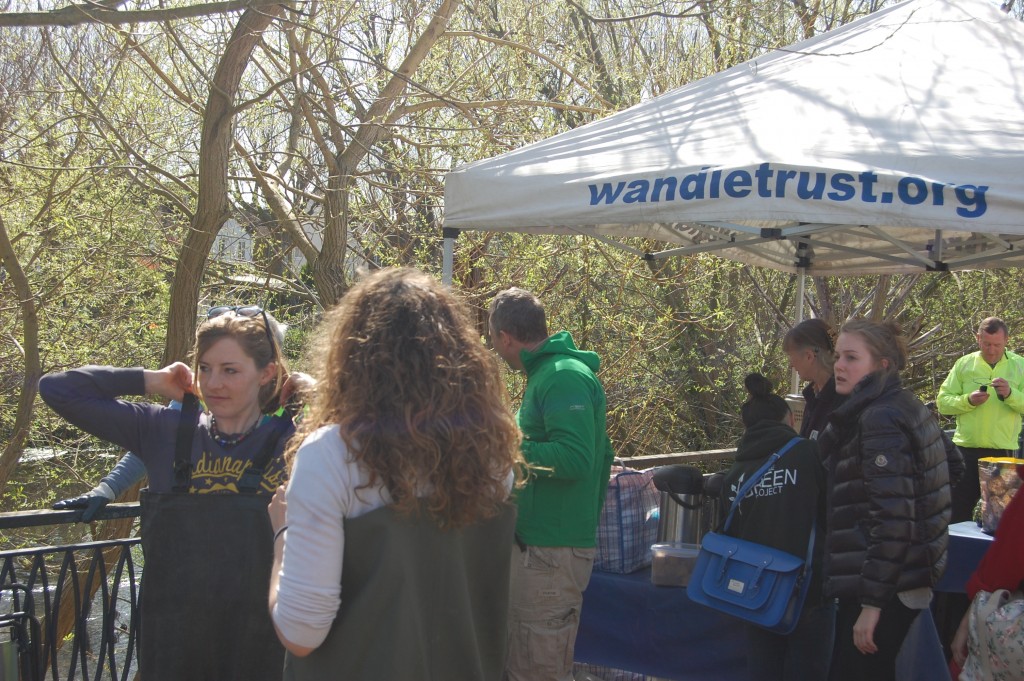 We kicked off the cleanup in the usual style and divided into 4 teams. The first team were in charge of removing two motorbikes from the river I had spotted the week beforehand, so armed with grapples and crow bars they set off. 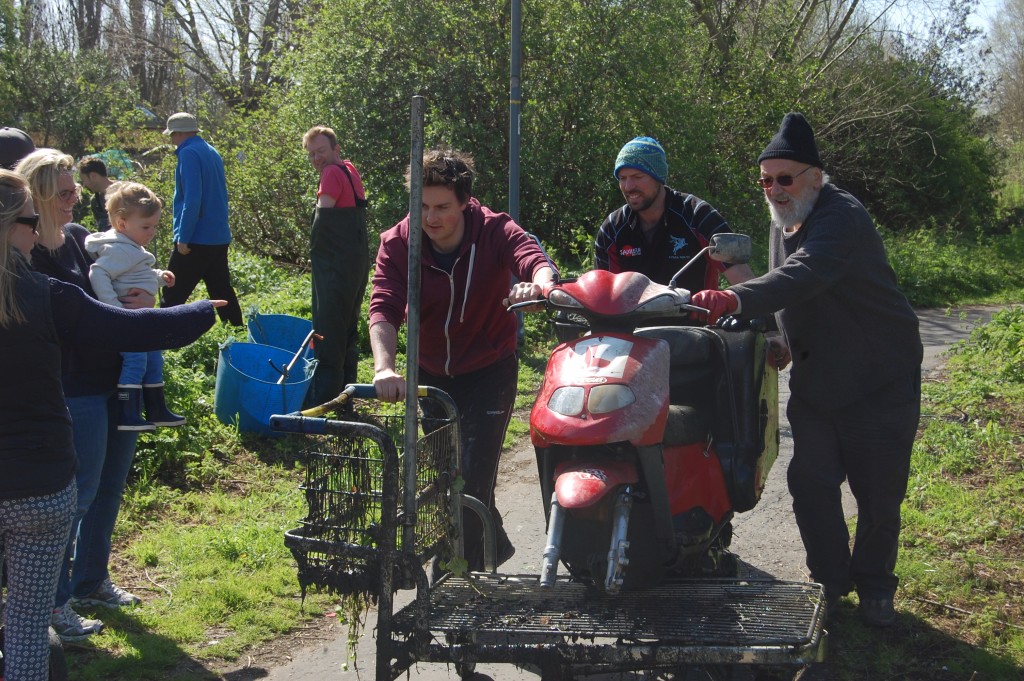 The second team were also wading, but downstream of Trewint Street bridge where there was a fresh batch of rubbish to remove. 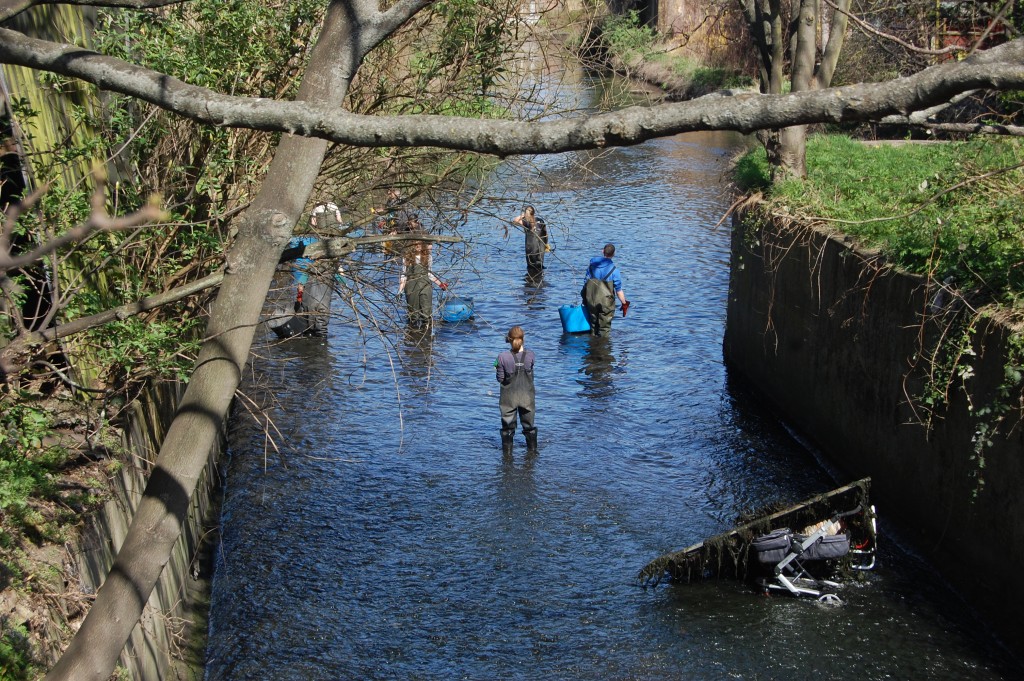 The third team provided the usual much needed bank support and finally Team 4 headed off to tackle the large pile of fly tipping on the Wandle Trail. And with almost 60 people at our cleanup – we were ready for a busy day. 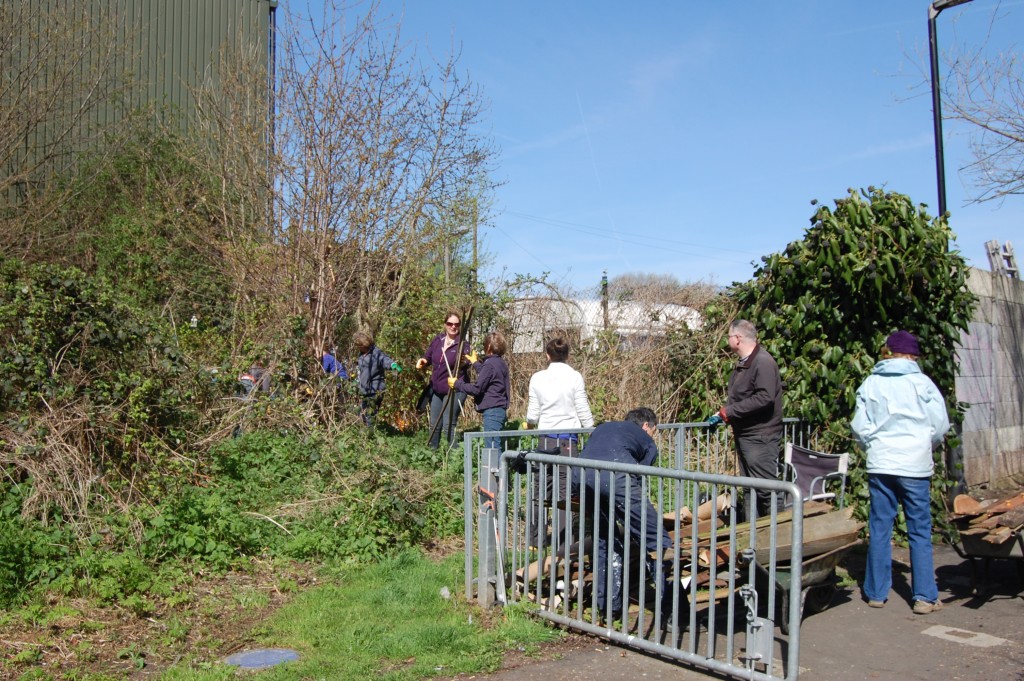 No sooner had everyone got started, the motorbike team were pulling out mopeds with some pace. Turns out there were more than just the two spotted the week before. By lunchtime, 8 had been pulled out of the Wandle and we called the local police in to check the number plates. 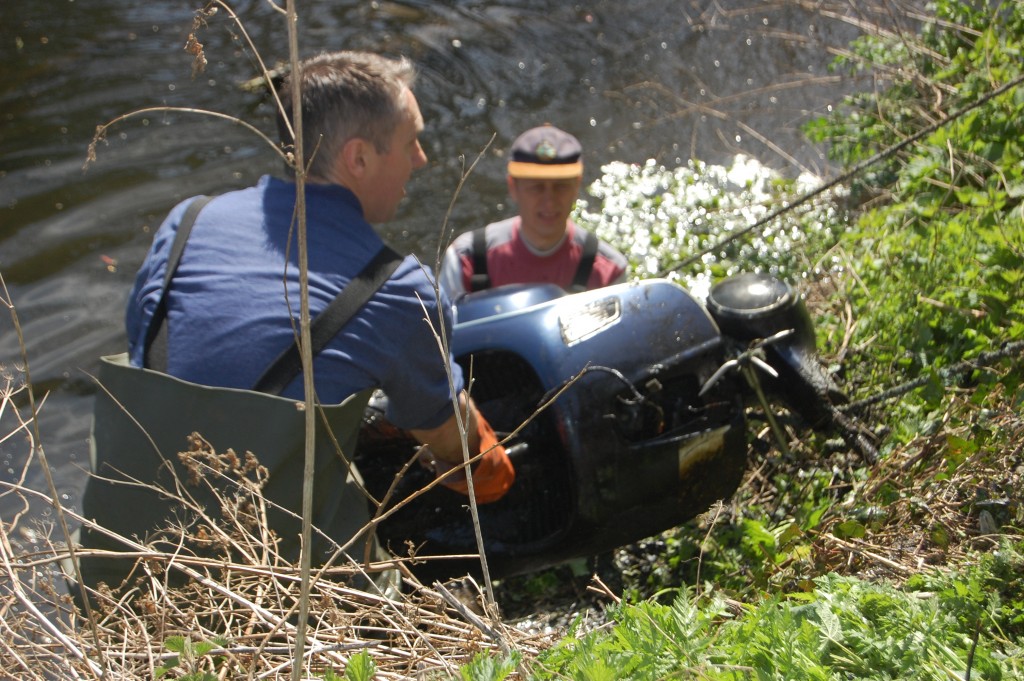 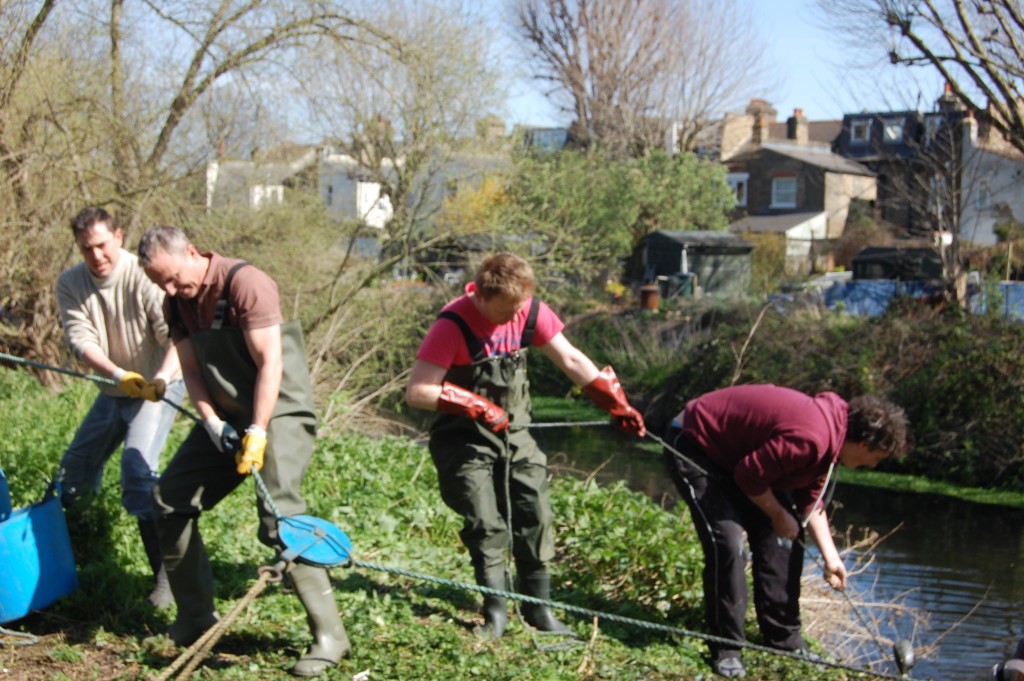 Our fly-tipping team were making a huge difference, removing junk wood, household objects and building waste from the large pile on the Wandle Trail. They even found a trolley which came in handy when moving the bikes. 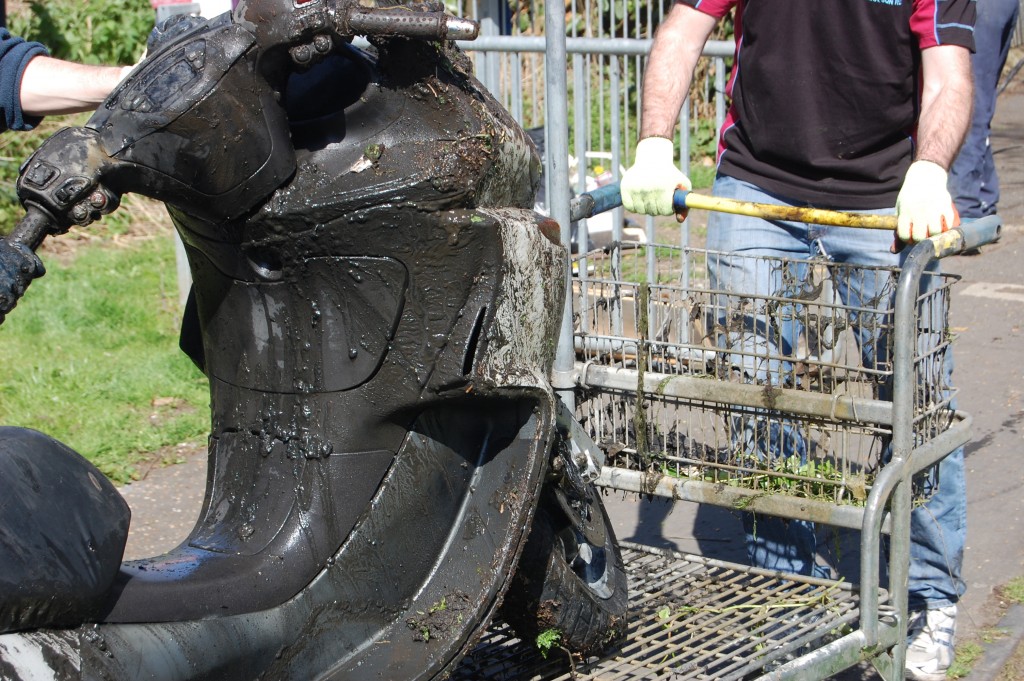 Just before lunch, the Mayor of Wandsworth, Stuart Thom, came to visit all the volunteers and see the enormous amount of rubbish we were finding. 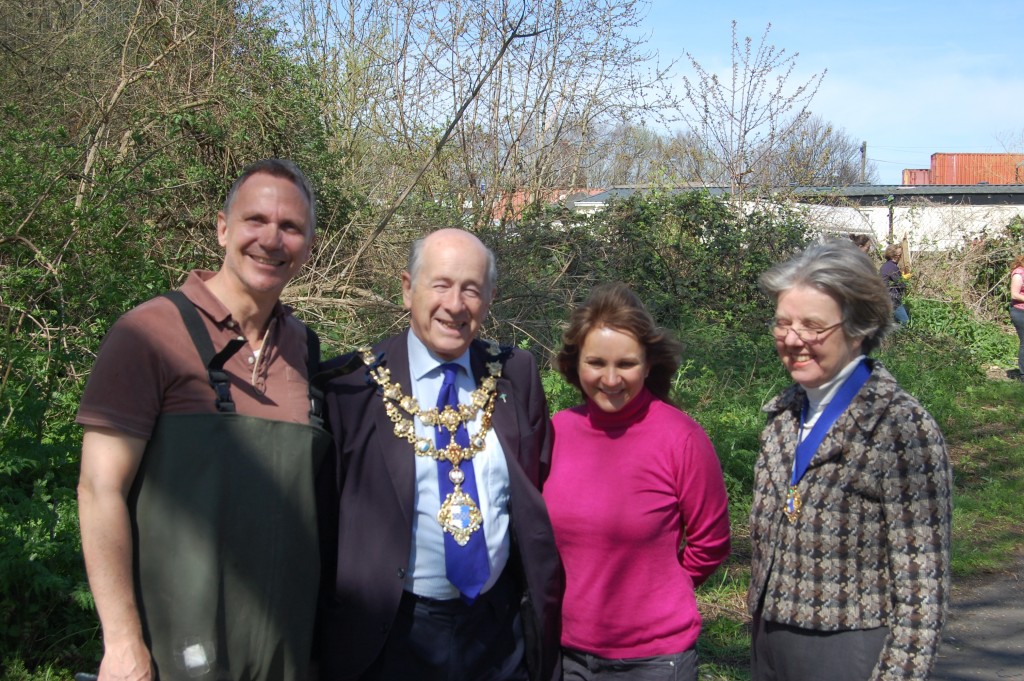 By coffee time, everyone was ready for a break. The rubbish pile was already huge and it was clear we were going to break a record at this cleanup. This month’s cakes were baked for us by two new volunteers – Ida Nyander Soderhielm and Tatiana Von Gaisberg.

The afternoon saw yet more rubbish and more mopeds…. 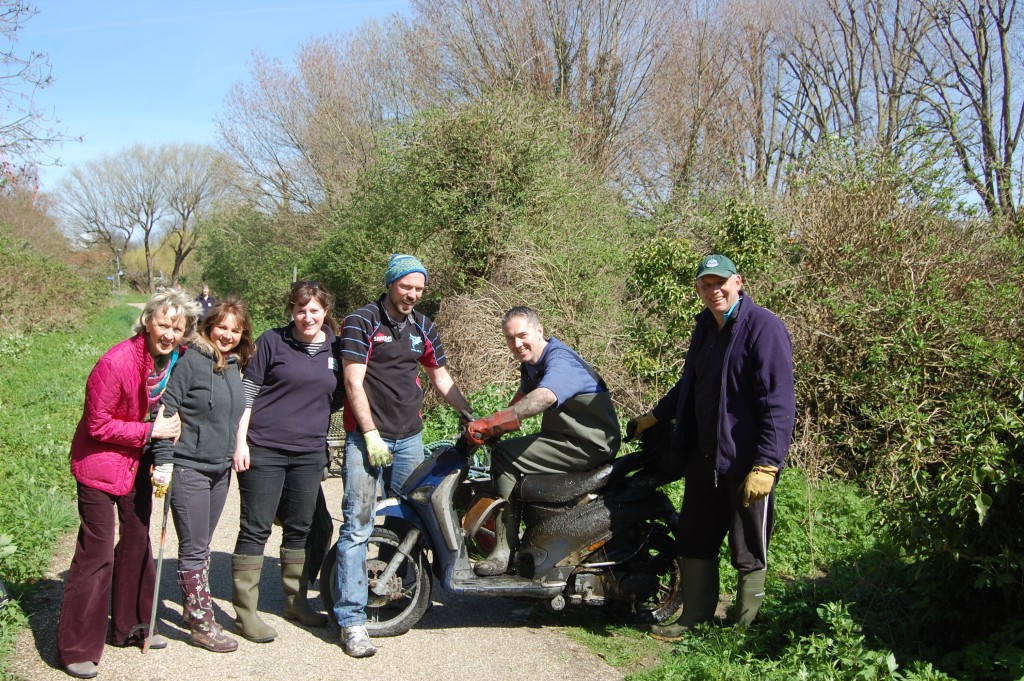 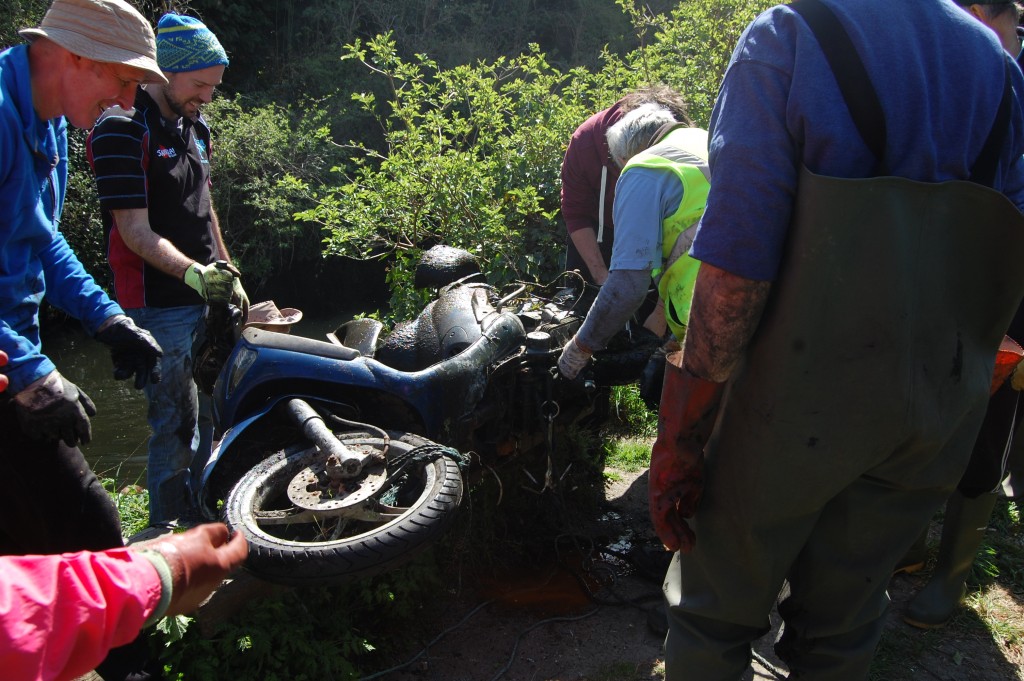 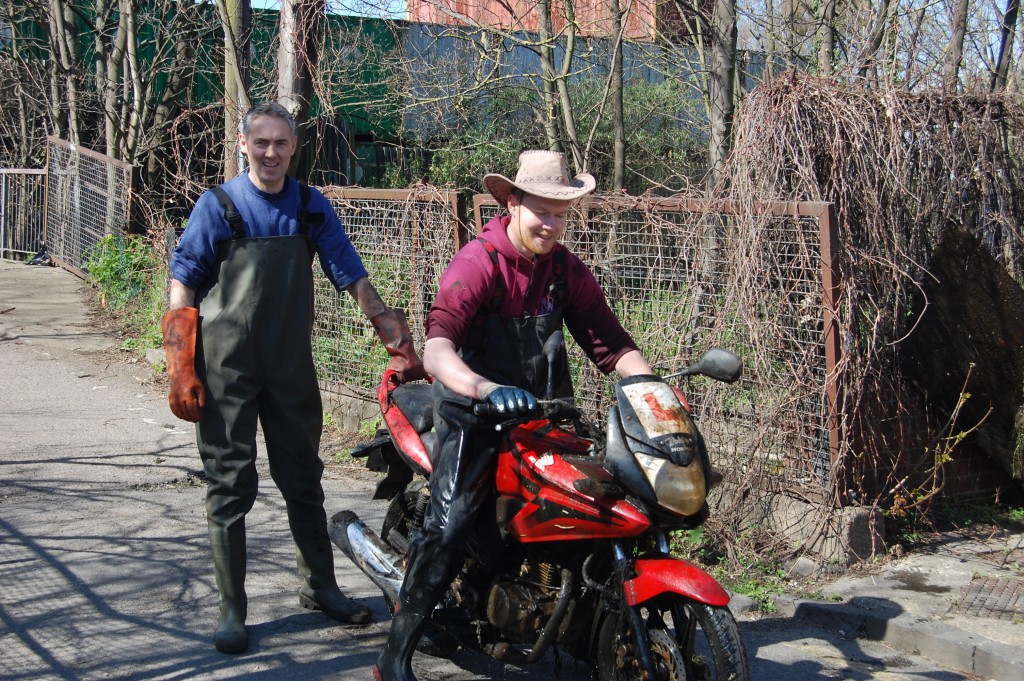 Huge thanks to those who helped me pack up and unload at the end of the day and to Jamie who kindly came to the garage with me;  Tatiana and Ida for catering for our volunteers; Wally and Chris for helping supervise everyone on the day and the Waste Management Team at Wandsworth Council for organising collection of all the rubbish the next day.

So what did I learn from this month’s cleanup?  That you never know how many mopeds are lurking in the Wandle waters. 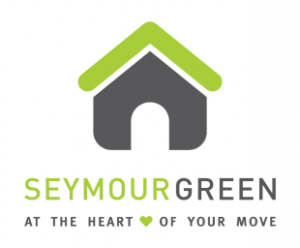