For February we headed to Poulter Park in Sutton, on a very cold day.

We kicked of the day in the usual style, with a Welcome Talk and Health & Safety briefing. With the cold temperature, everyone was eager to get moving and so the event began!

As the event started, rubbish was slow to find. Our wading team made it quite a distance up the river before having to unload their first trugs – but as soon as they started, it didn’t stop! 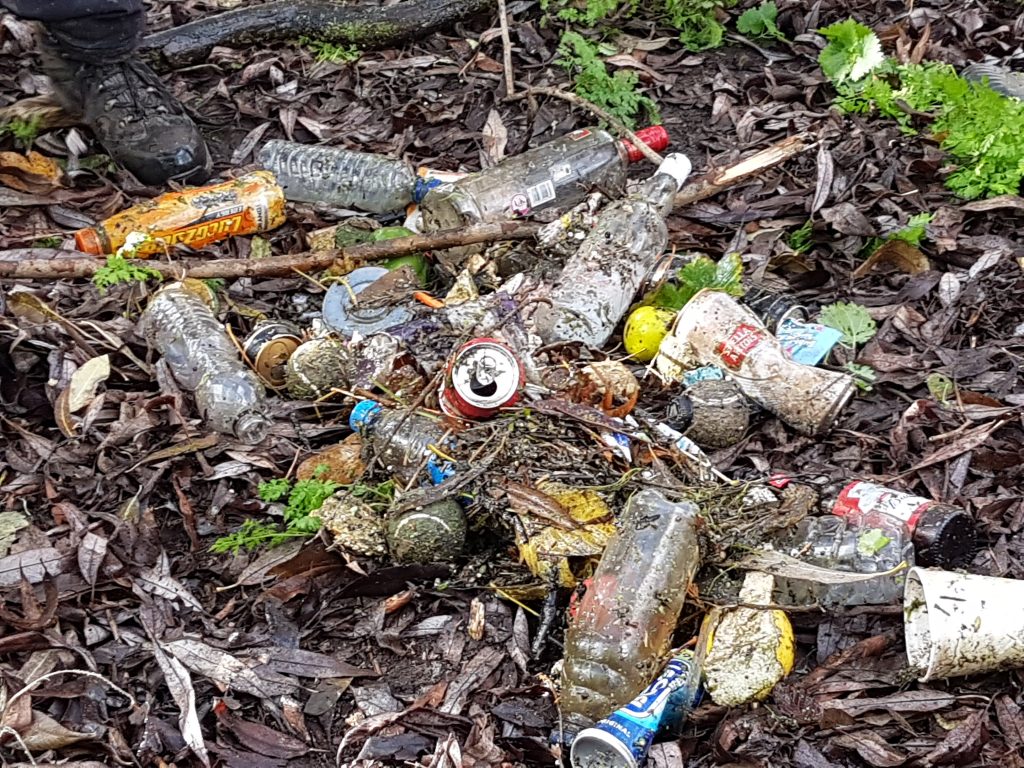 Trug after trug full of cans, bottles, plastic bags and more were emptied and taken back to the rubbish pile. It wasn’t long until the classic Wandle coconut was found either! 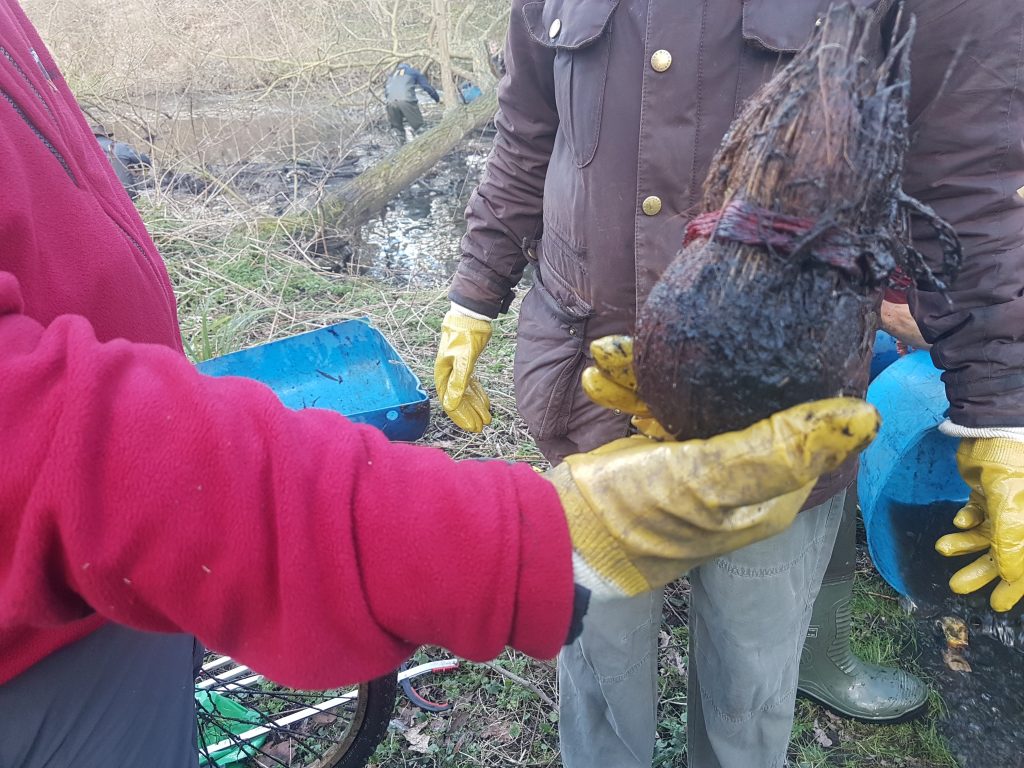 After a short while, a smaller team of waders broke from the usual group and headed right to the other end of the park at Watermead Lane. They had their sights set on a safe that was rumoured to have been in the Wandle for 10 years or more. 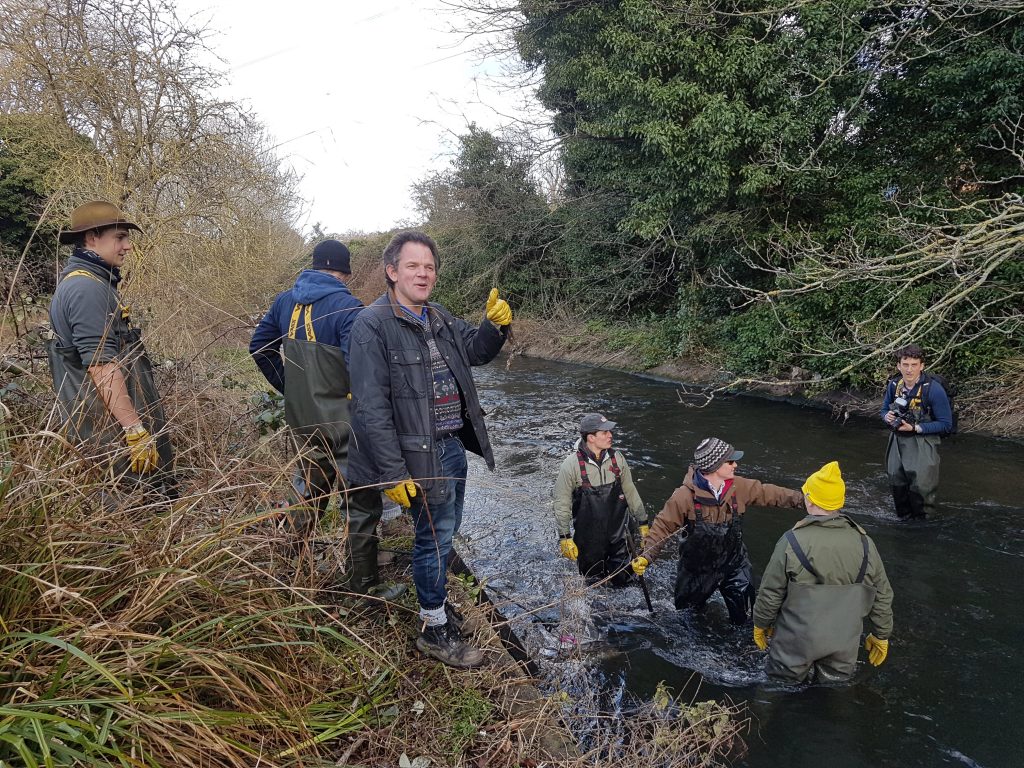 The safe had not previously been tackled, as it was extremely heavy. However, with the extra bodies today, and the need to stay warm with lots of exercise, the challenge was accepted!

Dislodging the safe from the silty bed took some serious crow bar work. Then began the negotiations to get the safe up on to the river bank.

Ropes, crow bars and muscle seemed to be the solution but it still took considerable effort. 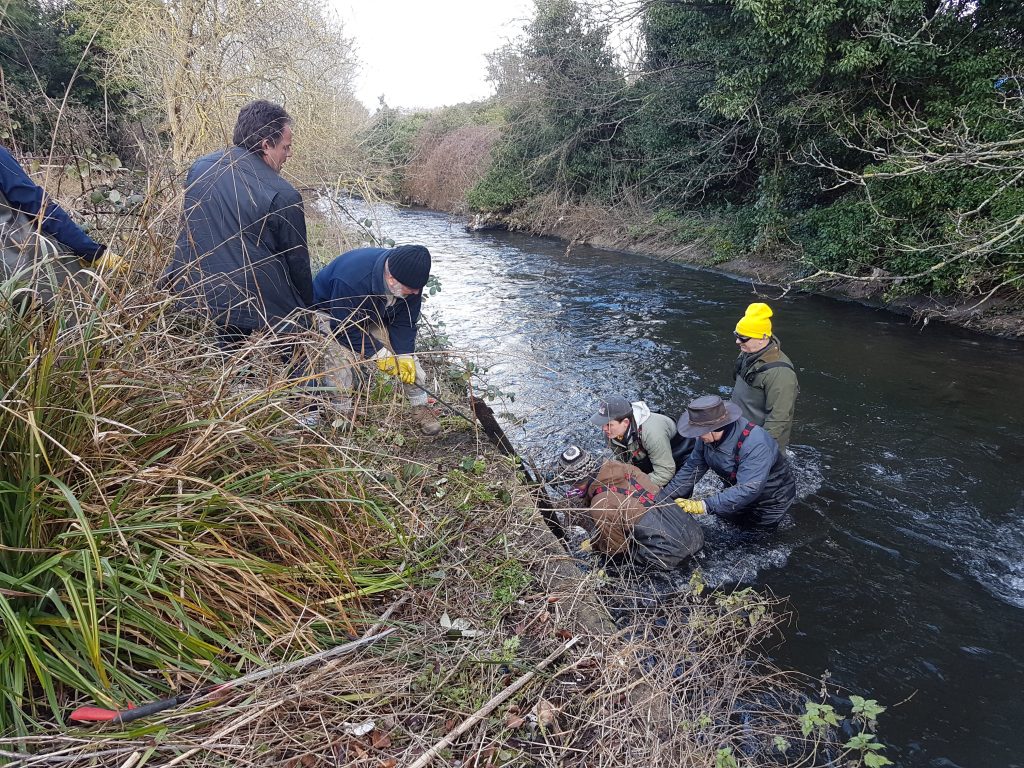 Once it was “ashore”, it dawned on everyone that we had only made it halfway, and the real test was getting it to the road so it could be collected. 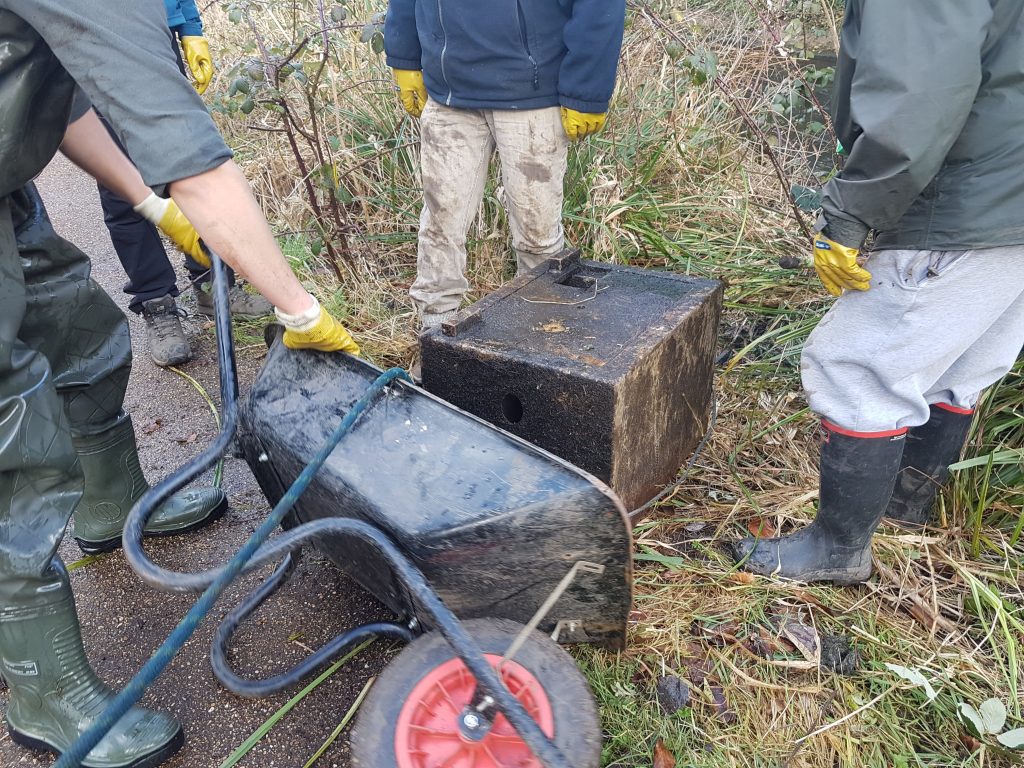 The safe was eventually placed atop a wheel barrow, and an escort of 8 people carefully pushed it all the way to the end of Watermead Lane for collection. 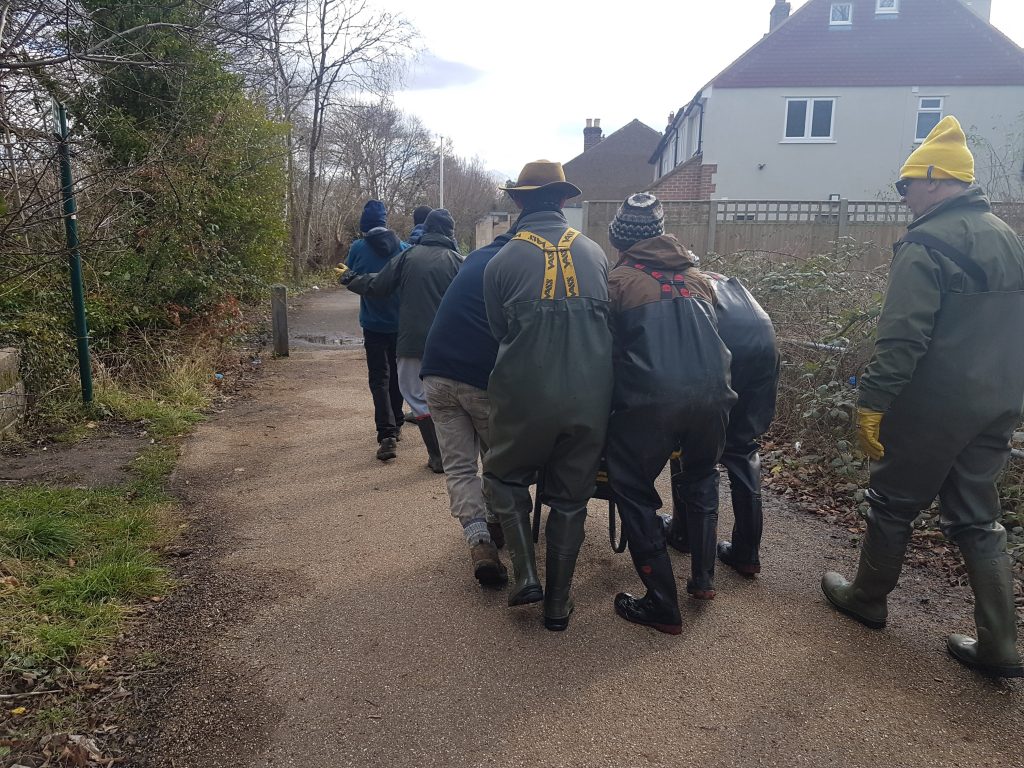 After all this effort, it was time for cake. We were very happy to see the students at Richmond International University had baked some lovely Valentine’s treats for us again. 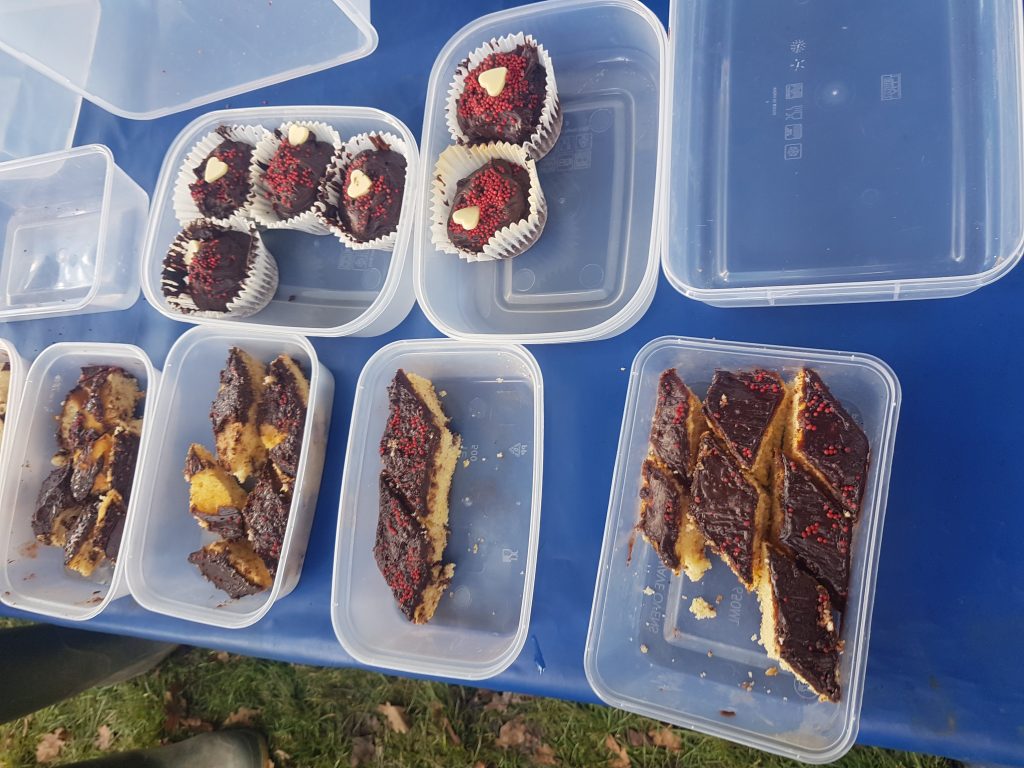 After lunch, we finished the remaining 100 m of the Wandle in the park, but with the temperature plummeting and little rubbish to be found, we stopped for the day to go home and defrost. 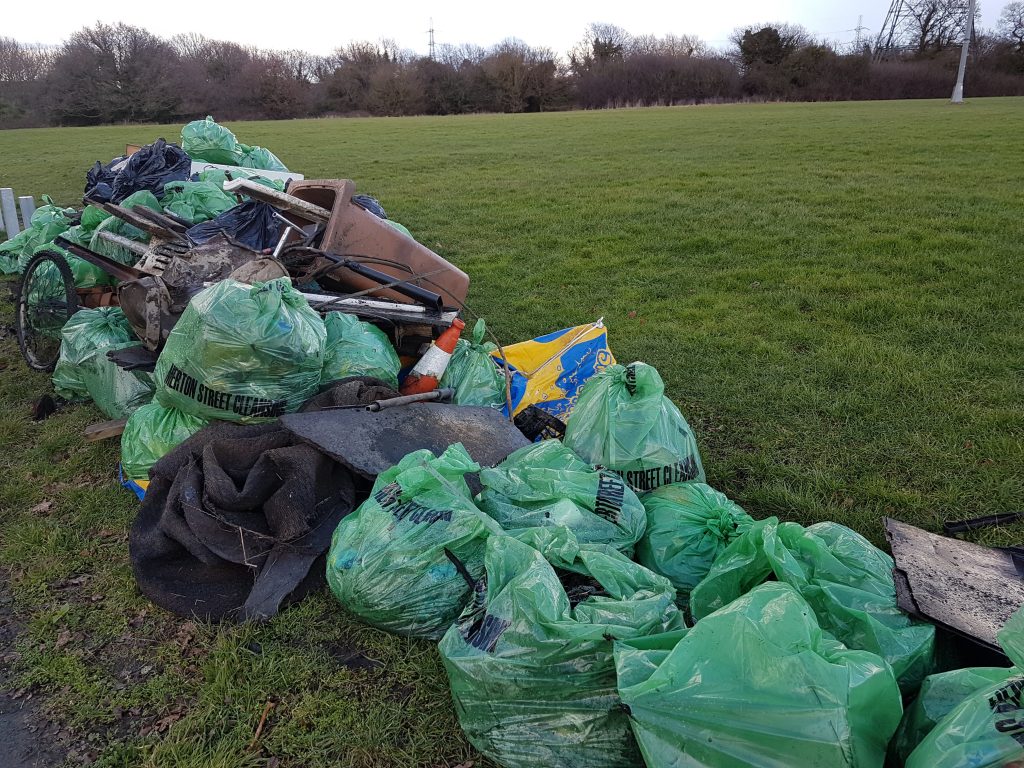 We also saw a Kestrel, a Heron and a Little Egret while working!

Huge thanks everyone who helped unpack and pack up the van during the event, Rosie for supervising the Event Tent on such a cold day, the students at Richmond International University for baking such lovely treats and the Parks Team at Sutton Council for organising collection of all the rubbish the next day, Big Yellow Wandsworth for providing free storage space for our equipment and to our funders, Tesco!

So what did I learn from this month’s cleanup? No amount of hot tea can keep you warm!