The Battle of Watermeads was fought between the Wandle Trust and two invasive plants which had been successfully invading the River Wandle for many years: Himalayan balsam and floating pennywort. 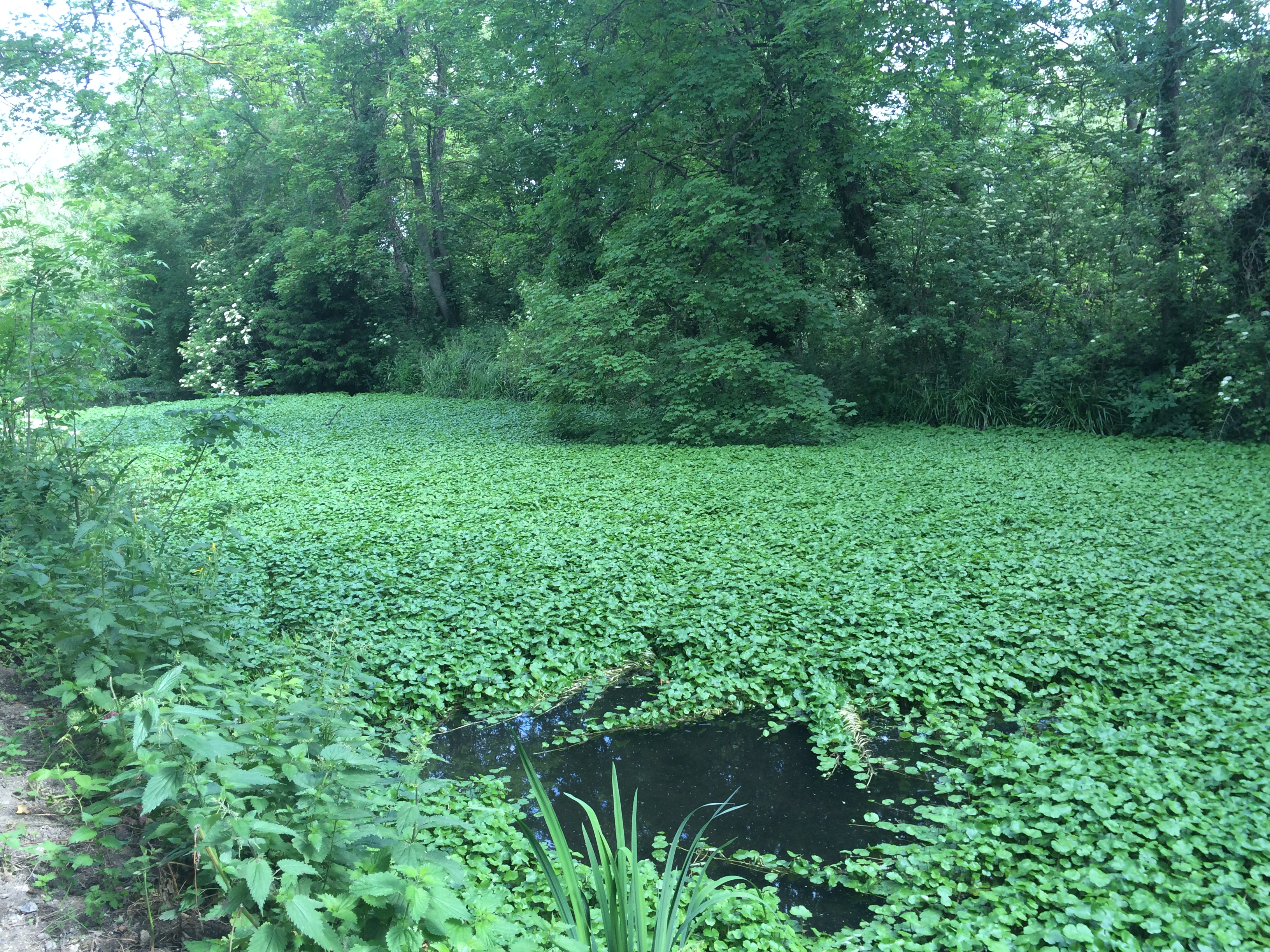 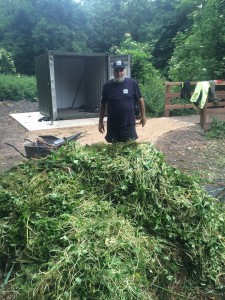 Historians have pinpointed the start of this epic, ongoing war of attrition against the Wandle’s invasive non-native species as far back as June 2010 or earlier, and our latest campaign has certainly started with the recruitment of General Alan Martin.

Alan joined the Wandle Trust movement in April 2015 to help coordinate a river wide action plan against plants and other invaders, and Himalayan balsam and floating pennywort have quickly become two of his most formidable opponents.

On Friday 31st July, two armies faced each other in Watermeads Nature Reserve. The Wandle Trust General, Alan Martin, had recruited 29 dedicated and loyal volunteers to his cause. Together they faced a terrifying scene and were horrendously outnumbered by the ranks of balsam and pennywort established throughout the reserve. But this did not deter them.

The strategy: Divide and Conquer

The battle started at 11am. General Alan divided his ranks into two regiments, each to face one of the enemies alone. General Alan took charge of the floating pennywort regiment and took to the high seas of the Watermeads back water. Captain Joe bravely guided the vessel behind enemy lines to cut free rafts of pennywort, while the rest of the regiment waited on shore to haul in the catch with grapples and rakes. 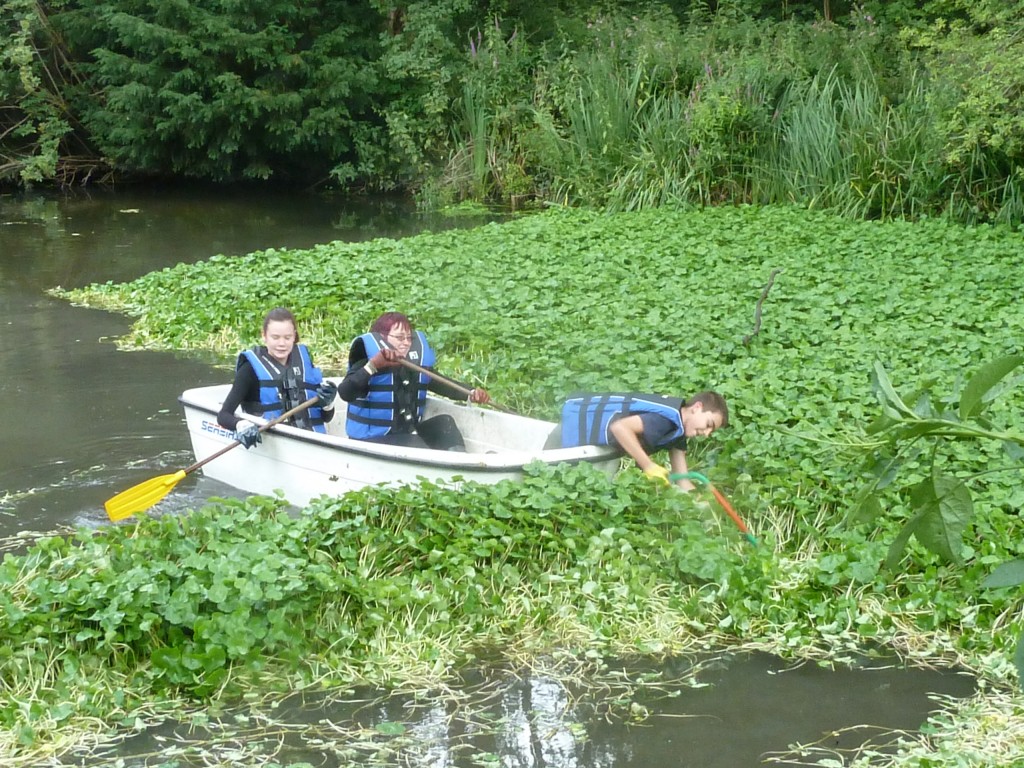 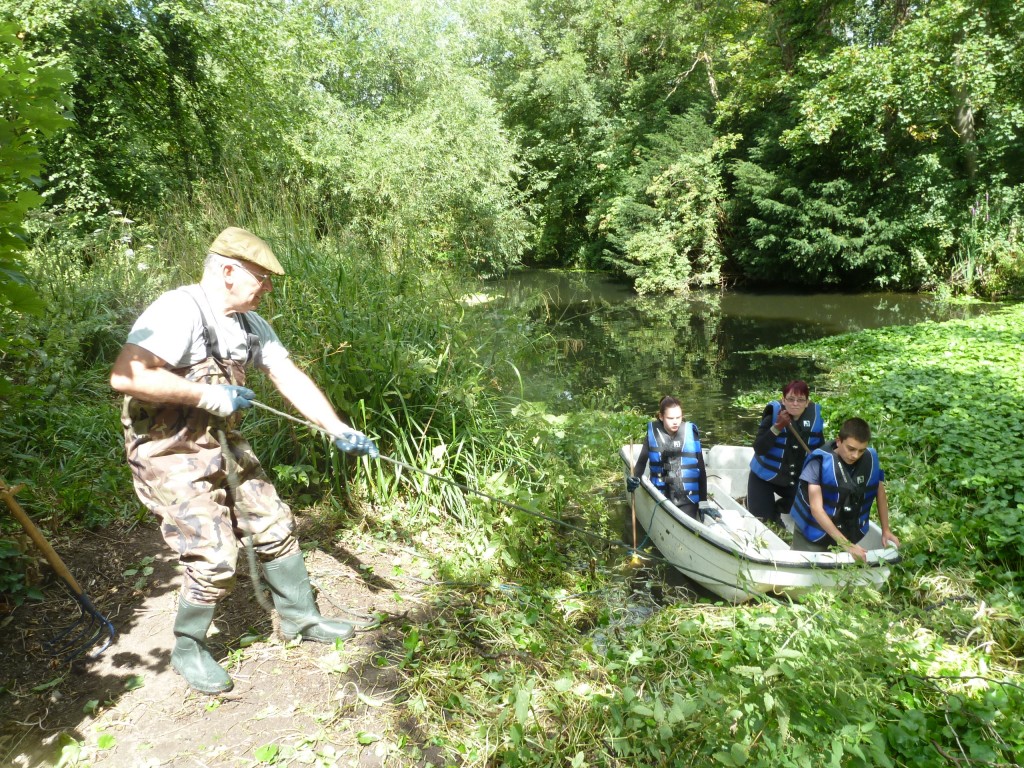 Meanwhile on the western front, the Himalayan balsam regiment was beginning their attack. Alan had appointed Lieutenant Polly to lead the balsam front and with her ranks in tow they marched into the undergrowth. To begin with, they found small patches of the plant and made quick progress pulling these up and piling to compost. However as they ventured further into the reserve they came face to face with an overwhelmingly large forest. Numbers which far exceeded their own… 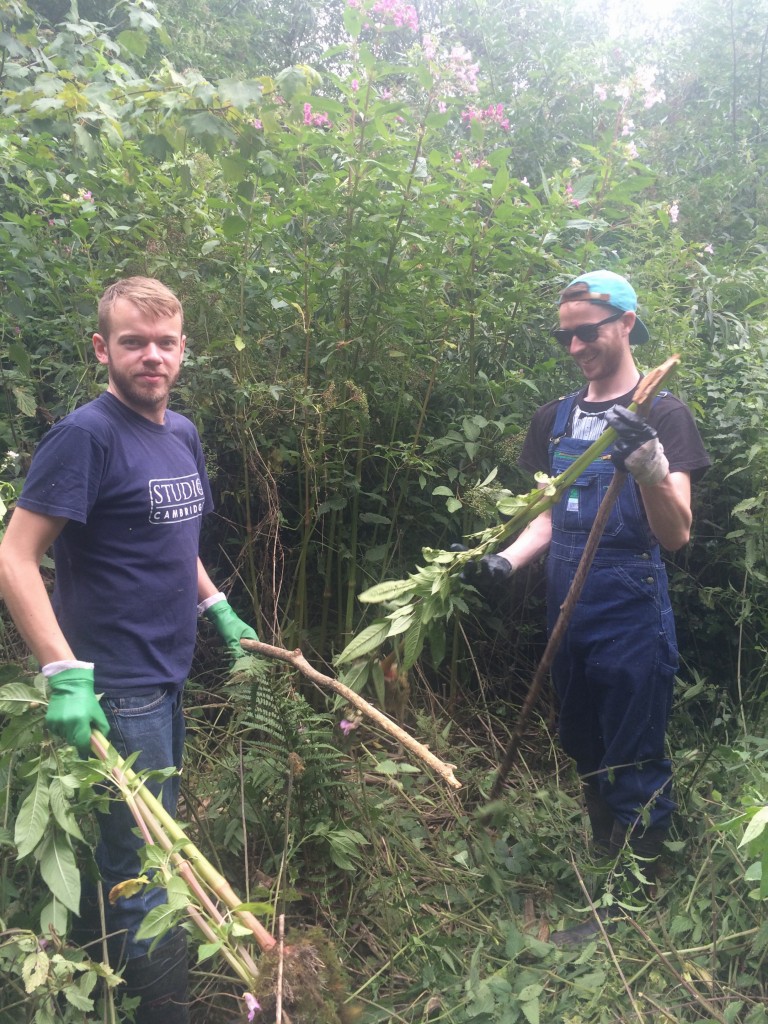 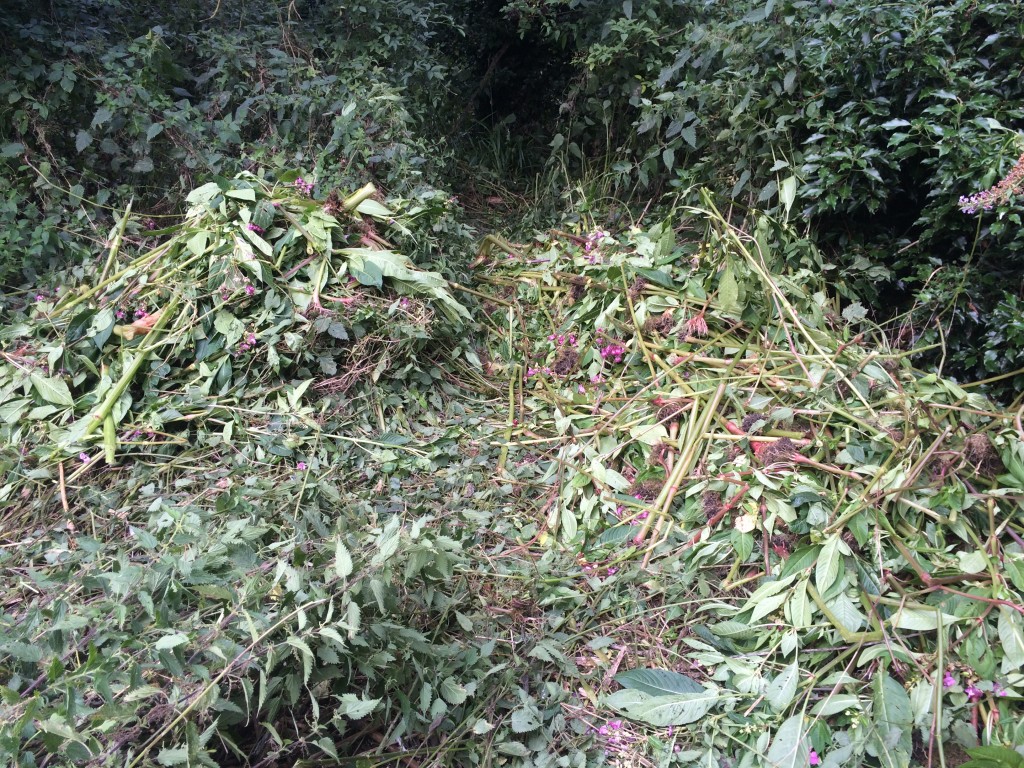 As the battle raged on, General Alan’s faithful sidekick, Pepper, kept watch on the troops and raised morale.

At 4pm, both armies called a truce and re-grouped ready to fight another day. The Wandle Trust Army had come out on top with no casualties save for a few nettle stings. For the invasive plants, it was a tough defeat. Pennywort and balsam casualties were everywhere. 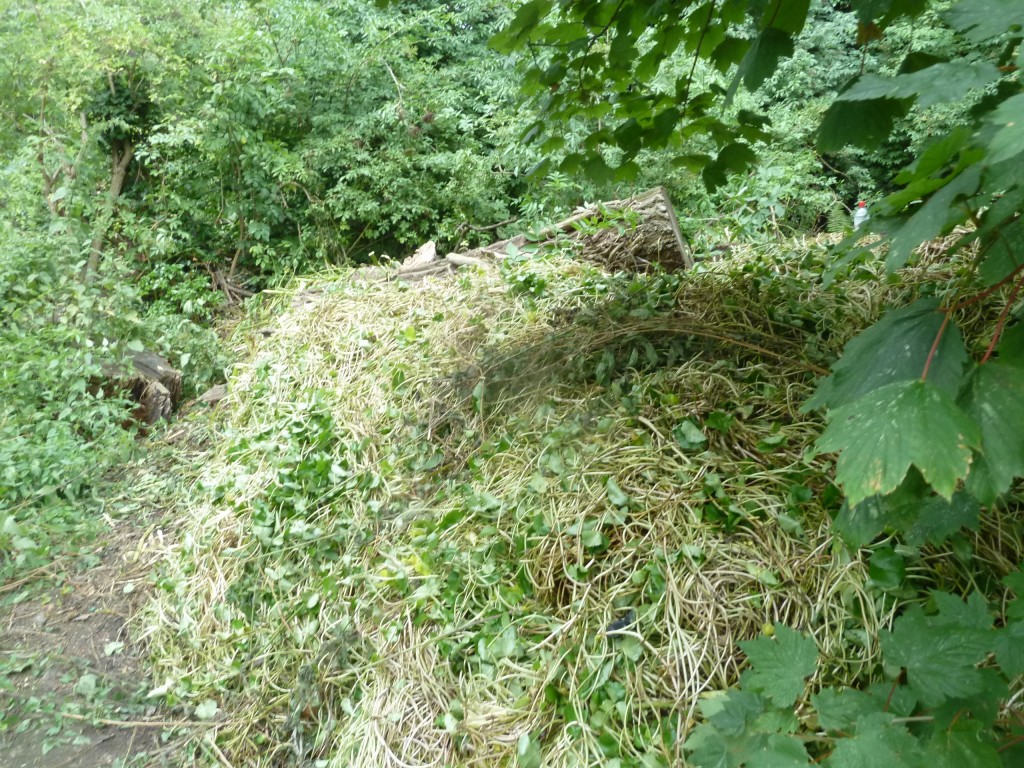 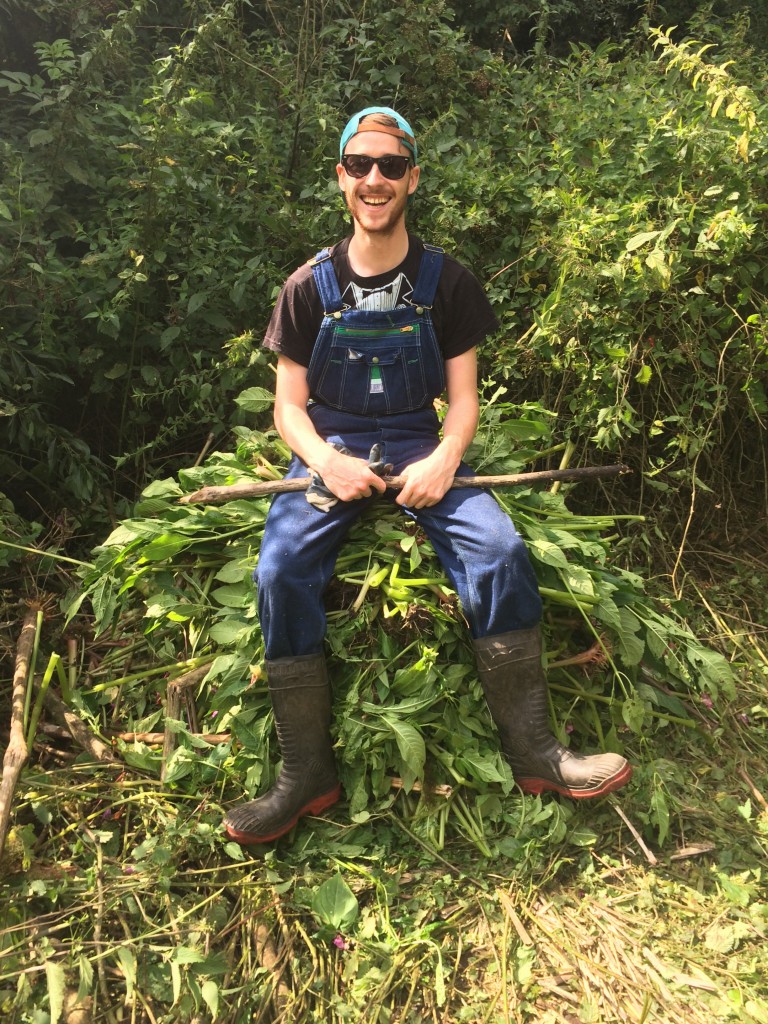 All that was left was for the Wandle Trust Army to clean up and make sure they weren’t spreading the enemy further by their equipment. The answer? Power hose. A prospect all too exciting for Pepper. 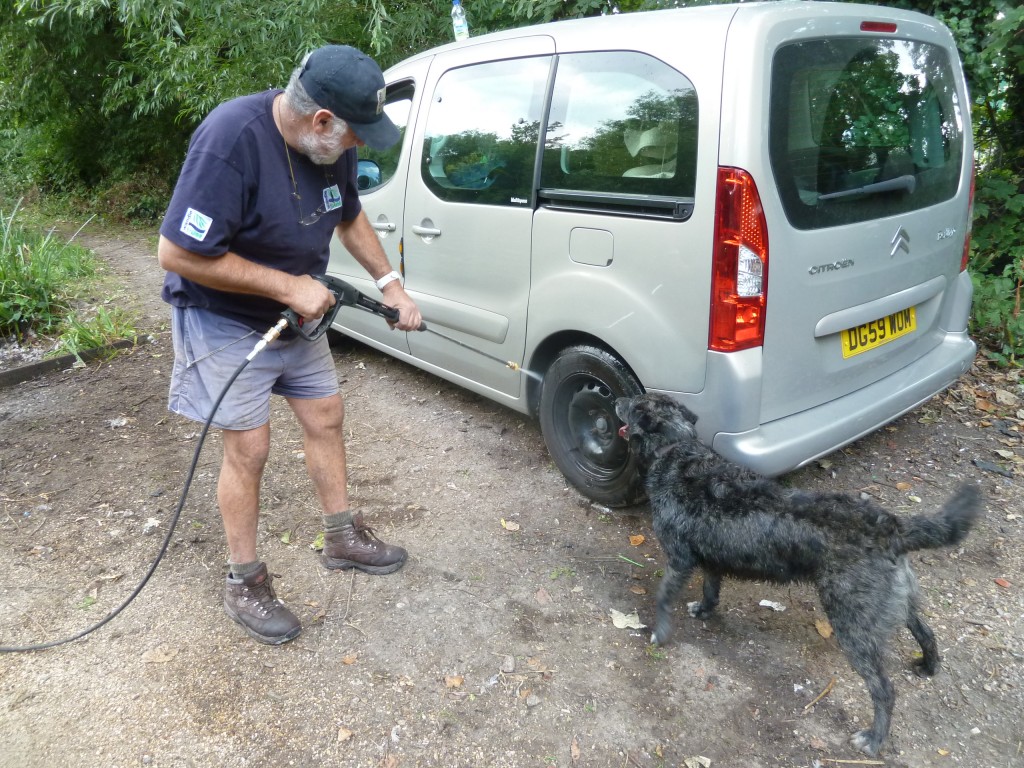 Join us for the Battle for Watermeads II on Friday 21st August, 11am. Campaign plans can be found here.

Your River Needs You!

This battle has been key to General Alan’s plan for the whole river – a campaign to eradicate invasive non-native species from the river to allow the return of native flora and fauna. A campaign which is part of the Living Wandle Landscape Partnership.

You can join General Alan’s crusade and sign up as a River Ranger to hunt down and monitor other invasive plants along the river.

This event was supported by the National Lottery’s Heritage Lottery Funded through the Living Wandle Landscape Partnership.