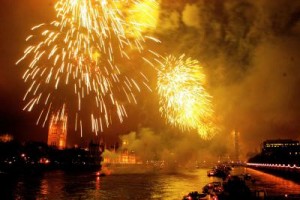 As 2010 slips away into 2011, the Wandle scores a double mention in The Independent‘s end-of-year roundup of river news.

“A generation ago many British rivers were little better than foul-smelling drains. Such channels of untreated pollution are now largely a thing of the past, thanks to policing by the [Environment Agency] and investment by water companies (and also to the fact that most of Britain’s heavy, old-fashioned smokestack industry, once the major pollution source, has disappeared)”

… whilst community cleanup volunteer Victoria Summerley tells of her enlightening experiences at the Wandle Trust’s events, and helps to spread the word that…

“…the trout are back [in the Wandle], released into the river each year by local schoolchildren who raise the fry under the Wandle Trust’s Trout in the Classroom scheme.

The trust, in partnership with a whole host of organisations ranging from local boroughs to the Environment Agency and fishing clubs, oversees the health of the river and organises regular clean-ups. These, sadly, are necessary because although the Wandle is no longer polluted by dyes and chemicals, it is used a dumping ground for tyres, supermarket trolleys, and any other items of household detritus people can’t be bothered to take to the tip.

We may have legislated to prevent industry releasing waste into our waterways but we still have to educate the general public that “river” does not spell “dustbin”.

Here on the Wandle, we’re proud to be at the heart of efforts to improve the health of Britain’s rivers, so it’s no coincidence that our next community river cleanup is on Sunday 9 January in Sutton (and here’s what it looked like last year!)

A very Happy New Year to all the Wandle’s supporters… and we look forward to seeing you soon!

Update: the debate on the health of water bodies in England and Wales continues here in the Guardian’s Environment Blog.