At the end of April, on a bright spring day, the Trout in the Classroom graduates of 2014 finally got the sending off they deserved. Five south London schools along with the Deputy Mayor of Merton (Councillor John Sargeant) and Wandle Trust staff and volunteers were there to mark the event.

The Deputy Mayor began proceedings with a perspective on just how far the river has come since he was a boy growing up in the area. He then gamely obliged us by stepping into a pair of waders and lowering himself into the river to help the children with the release. 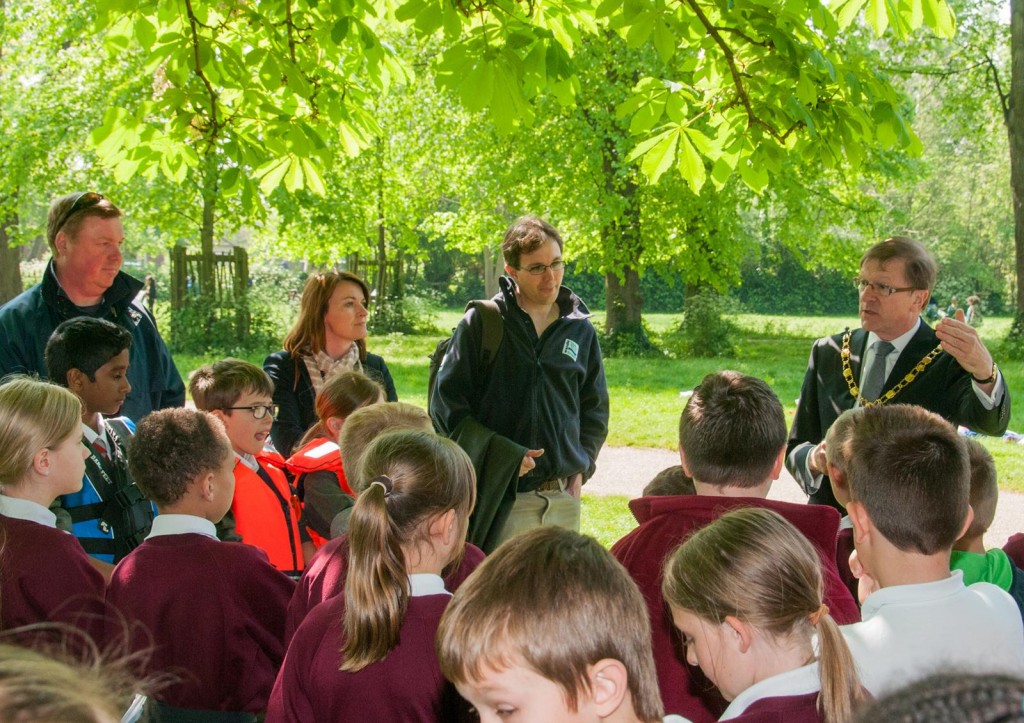 There was no shortage of excitement on display. For the children, the day was the culmination of a fascinating journey of discovery into the life a native fish species – from egg to alevin to fry – literally opening up a whole new world. 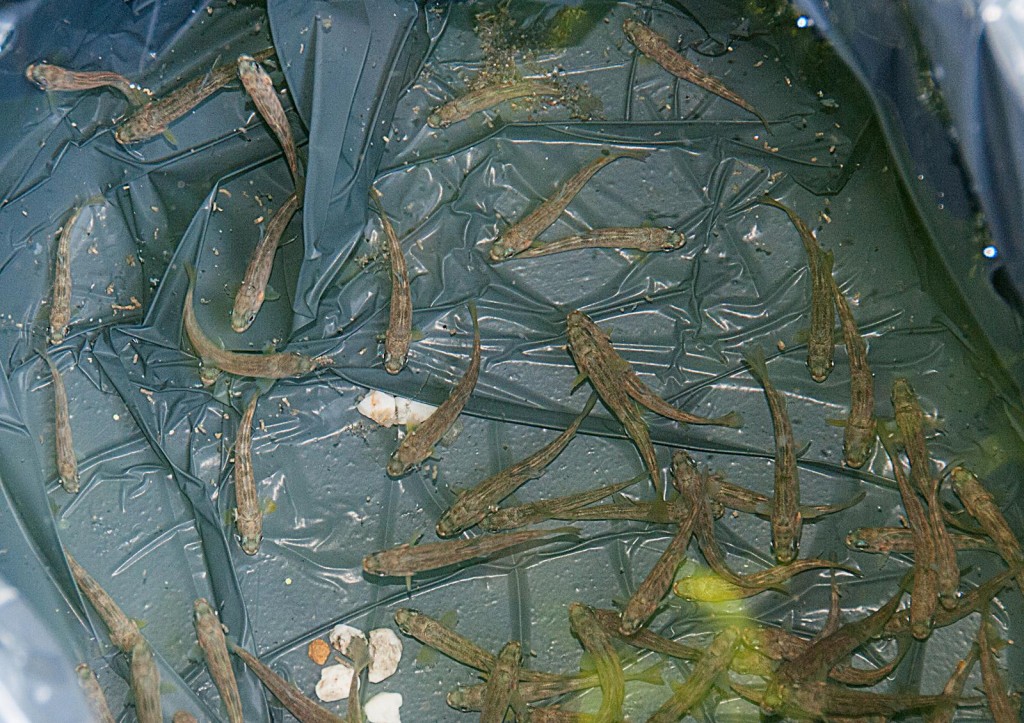 As an adult watching the event, it strikes you how tangible the exhilaration of the children is – something that is perhaps no longer that familiar to us. It extended to secondary level – if in a more controlled fashion! – as students from Francis Barber PRU and Sutton Grammar also were clearly pleased to be in the river and part of the event. 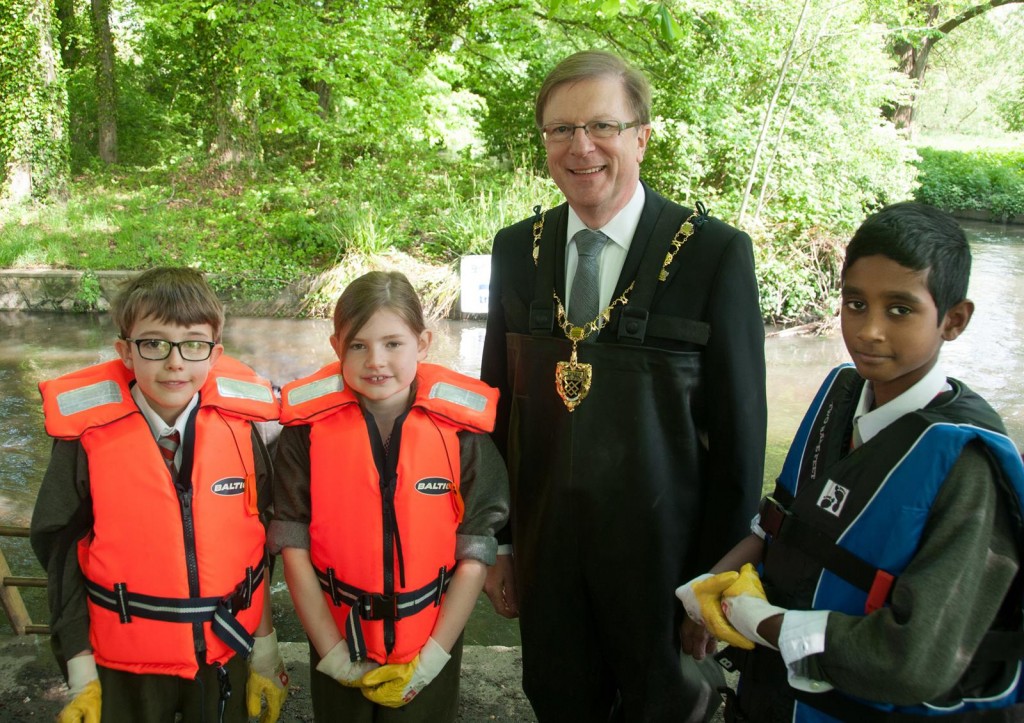 I was particularly interested in the reaction of students from Culvers House primary school, some of whom spent their time enthusiastically picking up litter and pointing out rubbish on the river bed. Although wishing to oblige them, by the time those in the water got around to looking for the rubbish, too much silt had been kicked up for it to be seen, to the disappointment of the children. 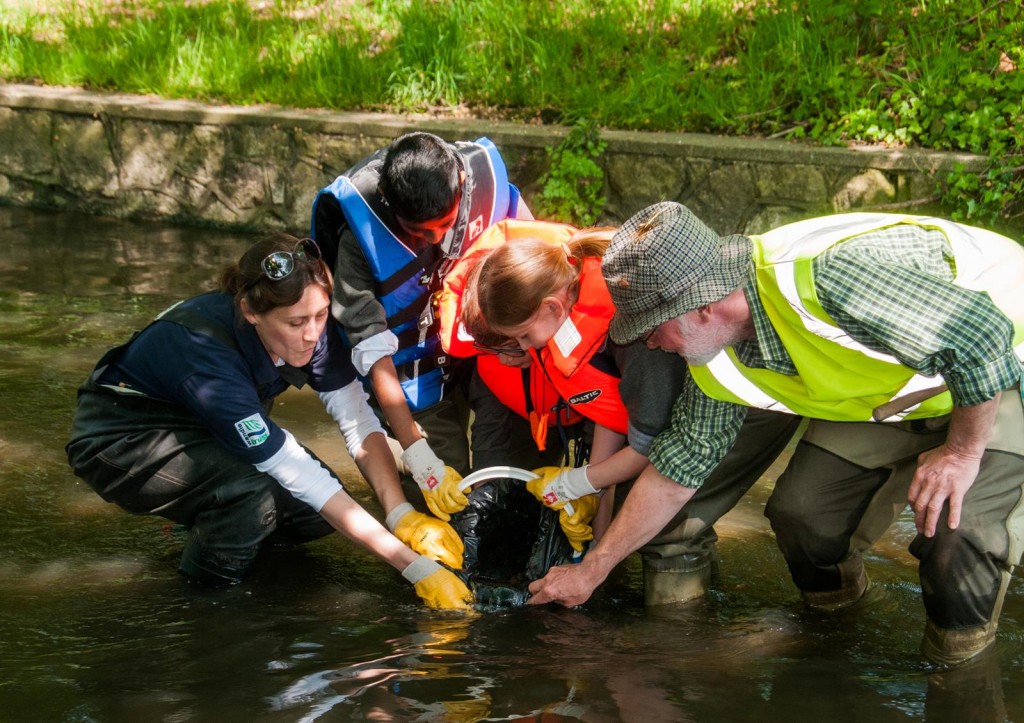 Their enthusiasm nonetheless impressed me, and it struck me how much their optimism and belief in their ability to make a difference is such a precious commodity that young people are uniquely gifted with, and is something that we should be doing our very best to protect and cultivate. It is a crucial part of changing things for the better. And with its story of successfully reintroducing a breeding population of brown trout into a once heavily polluted and industrial environment, Trout in the Classroom once again demonstrated how it can play such an important role in keeping that optimism alive.

Note: River pollution and Trout in the Classroom

Anyone familiar with TitC will notice that the release was a little later than usual. Normally timed to occur before the Easter holidays, the release day this year had to be postponed by a month on account of a significant pollution spill in the river.

Following the heavy rains over the winter, large amounts of water entered the works as a consequence of the high water table and mixed with the untreated sewage. This overwhelmed the treatment plant storage capacity and Thames Water were obliged to discharge the raw sewage directly into the River Wandle. Although no fish kills were reported, oxygen levels were severely depleted.

Even since the release, further pollution incidents have occurred. The connection to Trout in the Classroom is appropriate as it serves as a reminder how the Wandle is still a river with an uncertain future facing significant man-made threats. This is why education projects like TitC have a vital role in helping local people feel invested in the health of the river and the species that depend upon it, and can teach them to be alert to any deterioration in its condition. In turn, this could help build the consensus for the authorities and water companies to make the investments required to eliminate these threats.