As in previous years our 2010 schools’ trout release days on the Wandle turned out to be exciting and eventful.

On Thursday 8 March at 10.30am in the morning we gathered at a new venue for our trout releases – a stretch of the river in front of Sainsbury’s and M&S on Merton High Street. It was great to create such a stir amongst local people going about their usual business. 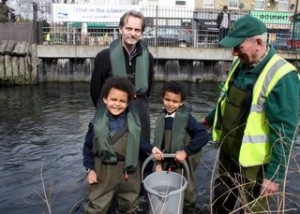 In the afternoon it was off to the Hackbridge in Sutton, a few hundred yards downstream from where earlier generations of Trout in the Classroom have just begun to breed successfully. 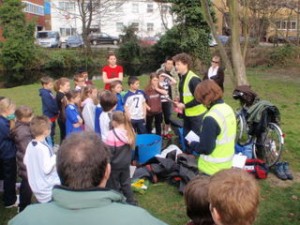 We were lucky to be blessed with lovely early spring weather throughout the day.

The following Thursday 25 March we had a full day on the Wandle at the National Trust’s Morden Hall Park.

In the morning it was predominantly Wandsworth schools releasing their fish, and we were delighted to have the Deputy Mayor of Wandsworth as our guest of honour. Councillor Jane Cooper was a terrific sport – even getting into the river to help whilst still wearing her mayoral chain to pose for photos. 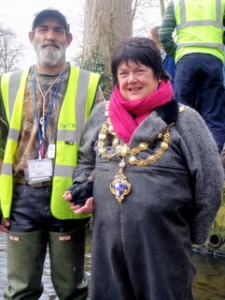 Honeywell School as usual made the most of the opportunity to show real theatricality. 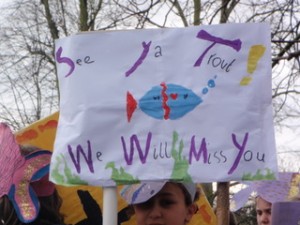 What must the residents of Morden town have thought as the pupils and teachers paraded from the tube station in their fancy dress, sporting banners and carrying their precious bucket of trout fry? 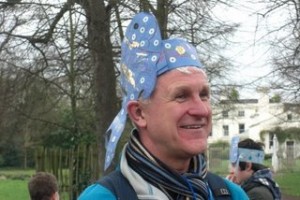 This year in addition to the usual class work the project included a Carbon Balancing competition. Participants were invited to work out and then instigate ways in which Trout in the Classroom could reduce the amount of carbon fuels it uses.

Winners of the competition were Linden Lodge from Wimbledon who ran a water saving week which highlighted the importance of saving water at home and at school. The prize of £250 was very generously donated by Wandle Trust supporter Roger Stevens. 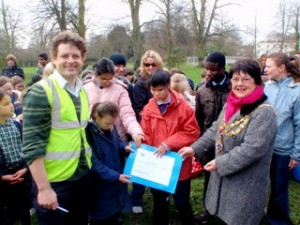 The Croydon schools arrived at Morden Hall Park after lunch.  No one was put off by the intermittent rain which fell throughout the day. 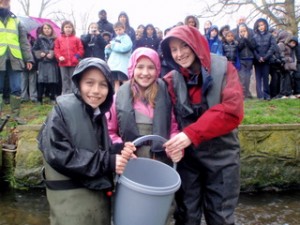 Many of our project partners, friends and volunteers attended throughout these two weeks, as well as representatives from our sponsors including Thames Water and Penta Consulting. We extend our thanks to them and all our supporters.

As we gathered at the end of the day we all agreed that it was great to see our local children and young people making a difference to the environment as part of Trout in the Classroom and the Living Wandle project! 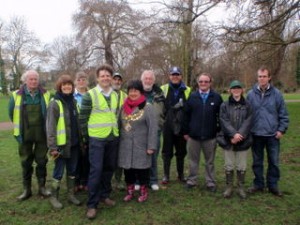