On Thursday 7 January, with all the Trout in the Classroom aquarium hatcheries set up in our 19 schools, and our pupils expectantly waiting for their trouty charges, we encountered two unexpected problems. 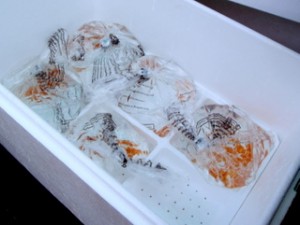 It was egg delivery day – but the eggs, which were beginning to hatch, were snowed in at the Environment Agency’s Sparsholt College in Hampshire. And most of the schools in the Wandle Valley were also closed due to the bad weather.

Thankfully, a thaw enabled Roger and me to dash down the A3 on the following Tuesday.  We still needed the use of a tractor to get across the snowy fields and down to the hatchery as the access road was blocked. 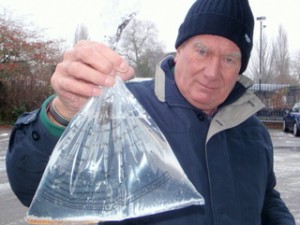 With the help of our hastily reassembled team of volunteers, gathered for the off at Morden Hall Park, we managed to get around all the schools before dusk. Each school received its quota, even though our volunteers now had to deliver watery bags full of newly emerged alevin instead of eggs. 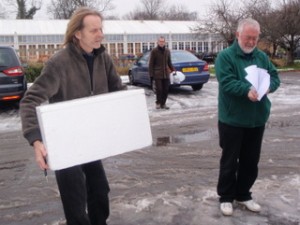 This year for the first time we formally recruited a team of volunteers through our own website, environmental jobs websites and our four boroughs’ volunteer bureaus.  These 20 dedicated assistants are really enhancing our project this year. They have been sharing their expertise with the thousands of fascinated pupils.

Thanks also to Richard Mundy and the senior boys at Sutton Grammar, Andrew and Dominic, as well as Alan Black at Sparsholt, and Erica Evans here at the Wandle Trust.