The one with the paddling visitor

Another glorious Spring day dawned and the sun shone down on 51 volunteers who turned up at King George’s Park in Kimber Road to seek out and remove rubbish that had accumulated below the road bridge and beyond.  We were especially delighted to welcome Colin and Adele Brown of local estate agents, Seymour Green, who were kindly supporting this event.

There were two access options– up and over a couple of strategically placed ladders that were leaning against the fence: 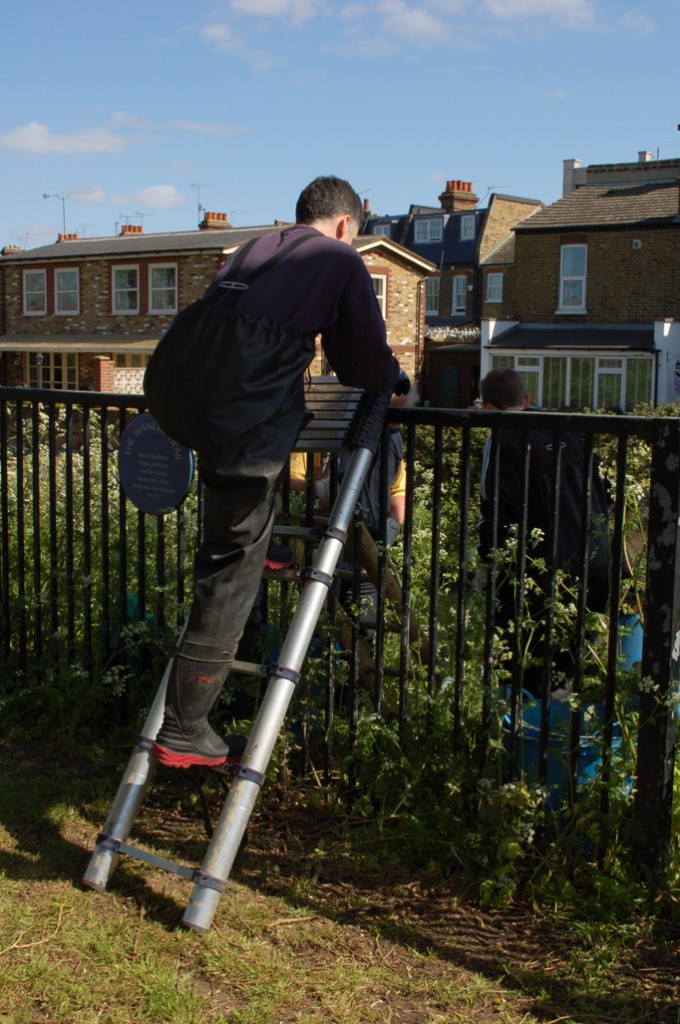 or via an open gate a bit further down, whichever way, we were soon in the river and making our way upstream under the road bridge. 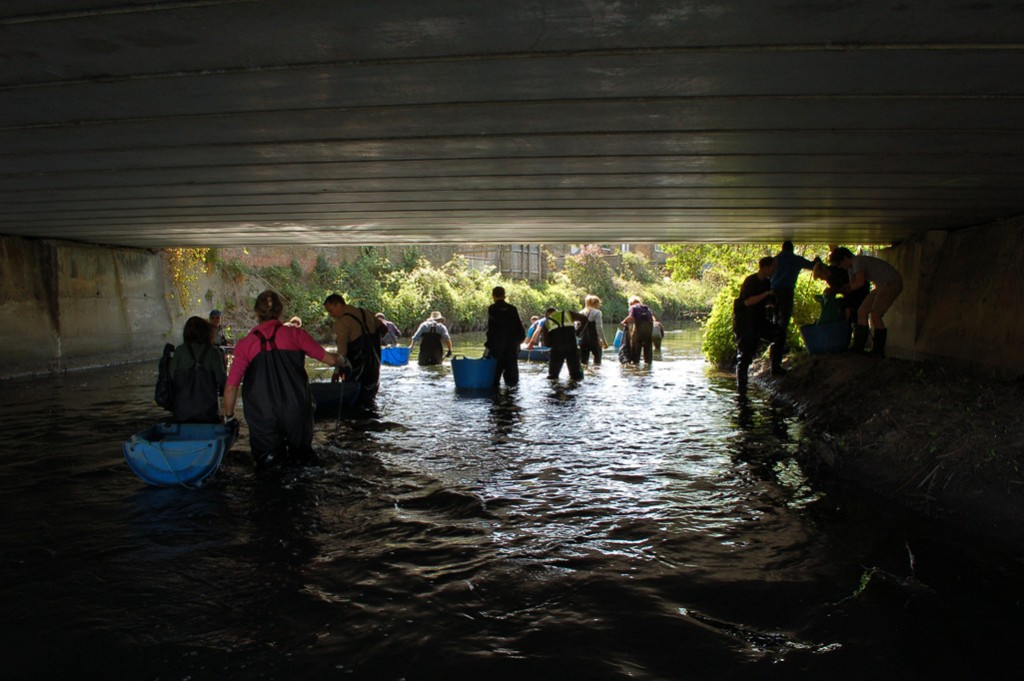 A variety of detritus emerged including a tyre, a piece of corrugated iron, a drainpipe and a bicycle wheel: 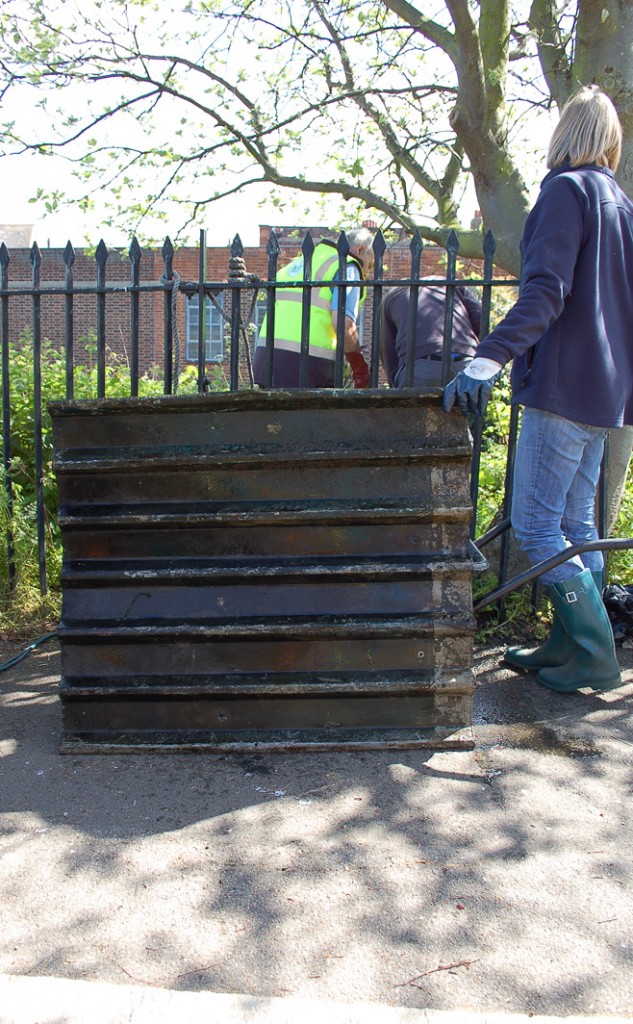 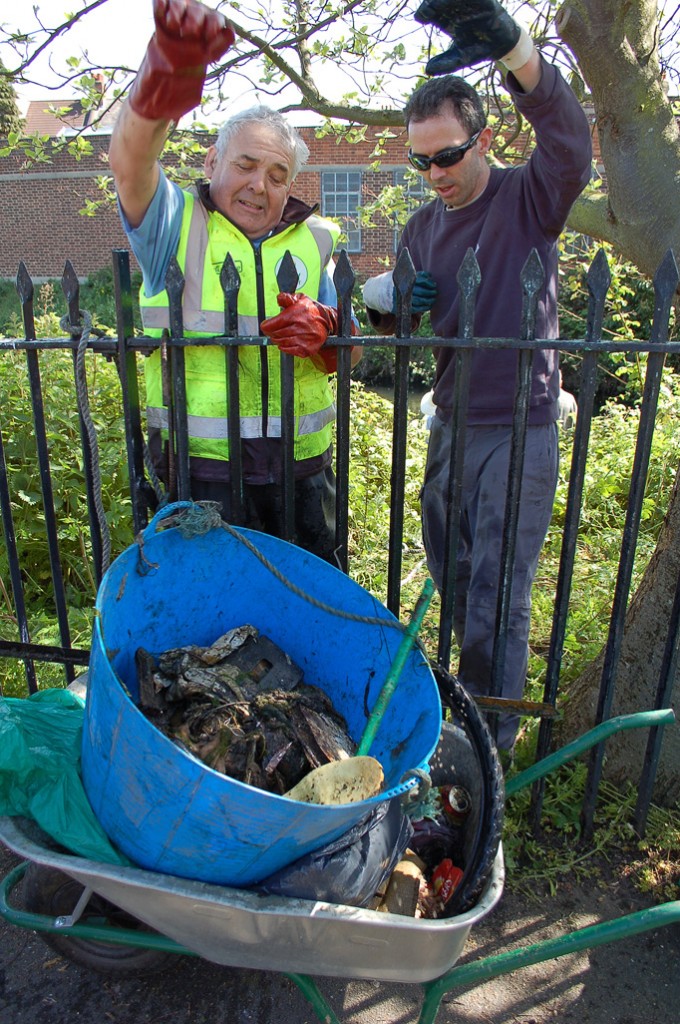 Half barrels were dragged up the bank: 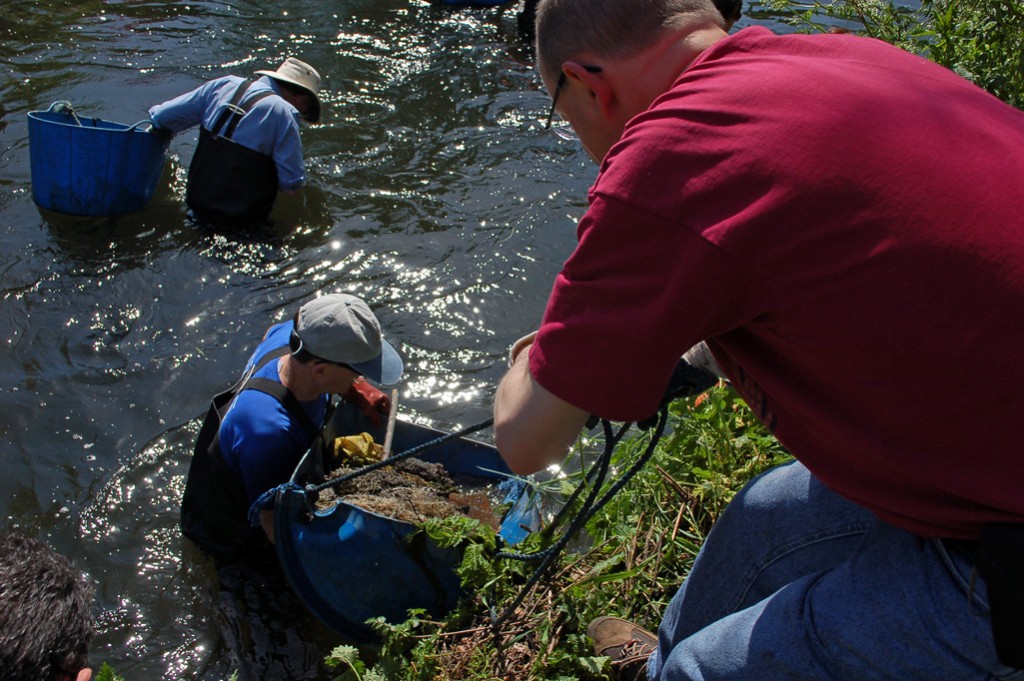 emptied into wheelbarrows and the barrows were wheeled along the footpath 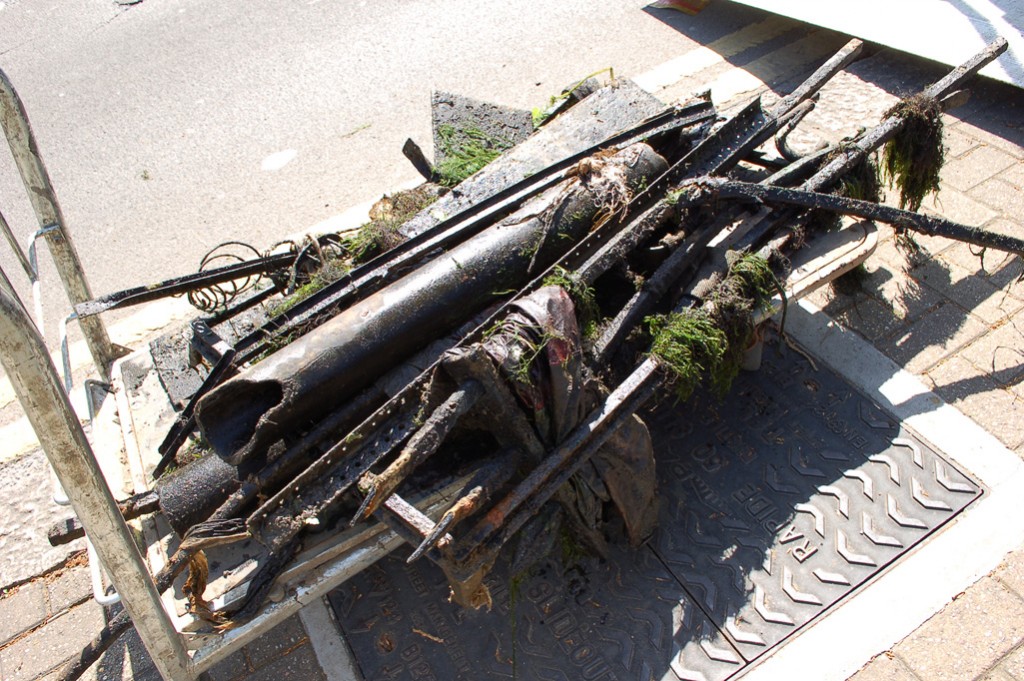 and straight into the back of the waiting lorry. 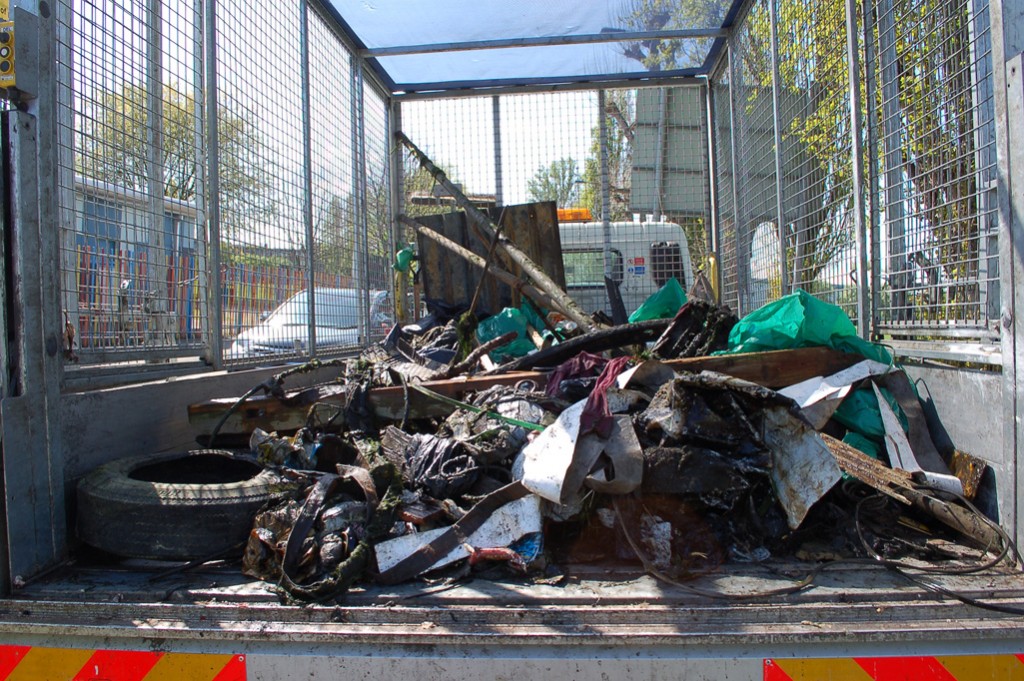 Just before we broke for lunch, we were joined by a photographer from the Wandsworth Guardian who took lots of snaps of us in the river which have now been published online.

Ann brought along a delicious banana cake, along with some emergency rations she’d bought from Sainsbury’s, and we munched these with our tea and coffee. 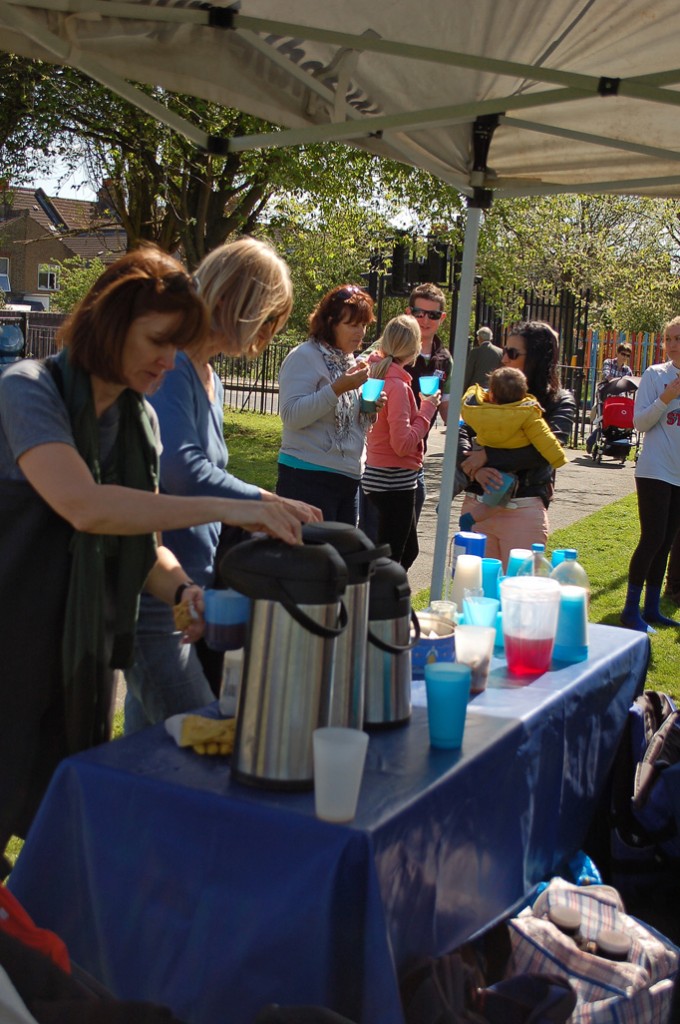 There were fewer people in the group after lunch but that didn’t stop the remainder of us getting back into the water and carrying on the good work.

For the first time we were joined by a local resident in an inflatable boat; we weren’t sure who was more surprised, us having to share the river with a boat or him paddling alongside people in waders! 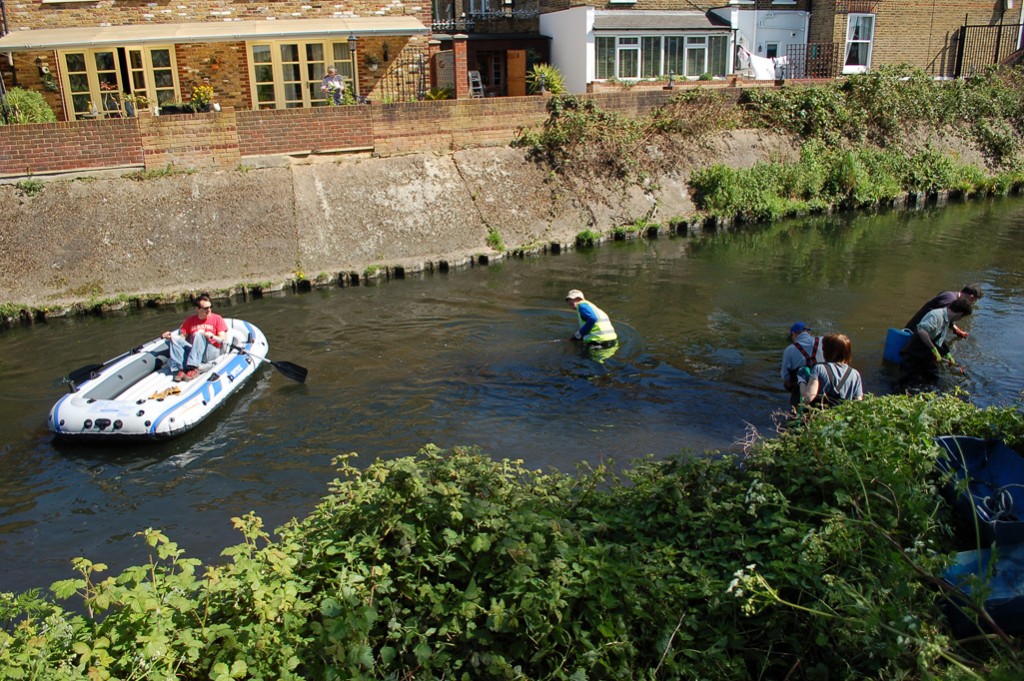 After another friendly chat with a resident whose garden backed on to the water, all too soon it was time to pack up. There was less rubbish overall than we had collected in the past, but, we decided, that could only be a good thing.  Slowly but surely, our monthly cleanups are achieving their goal – ridding the Wandle of rubbish and making it a better place for residents and wildlife alike. 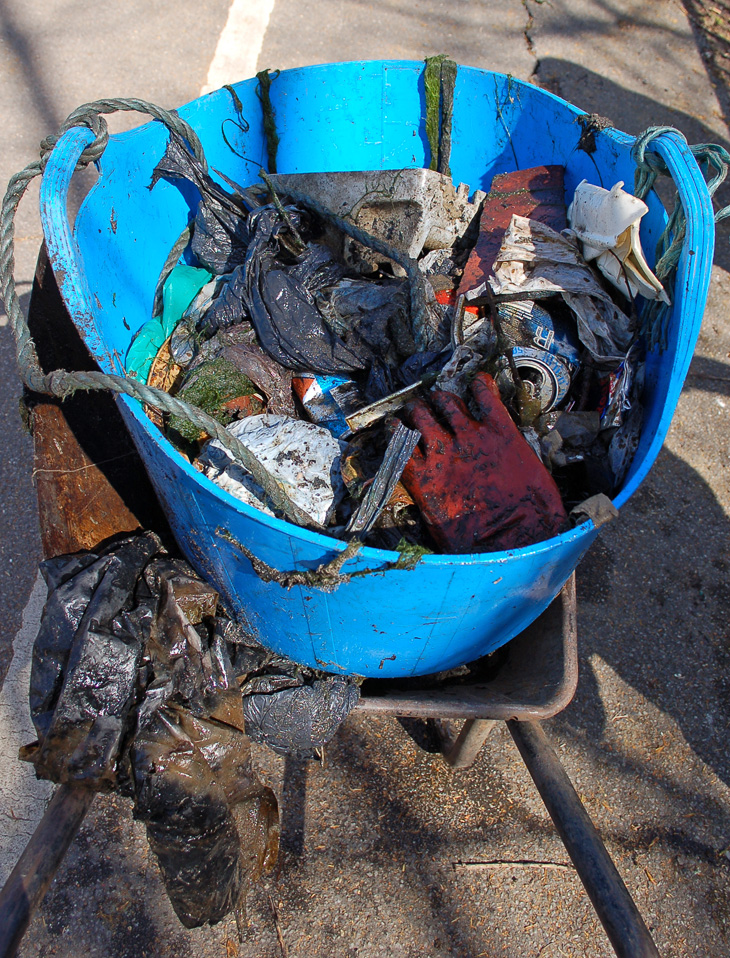 Our grateful thanks go to Joanna and Michael of Wandsworth Waste Management Team for organising collection of all the rubbish and to Terry who turned up with the lorry on the day.

Huge thanks to Gideon who loaded up and unloaded the van and kept a watchful eye on volunteers in the water. 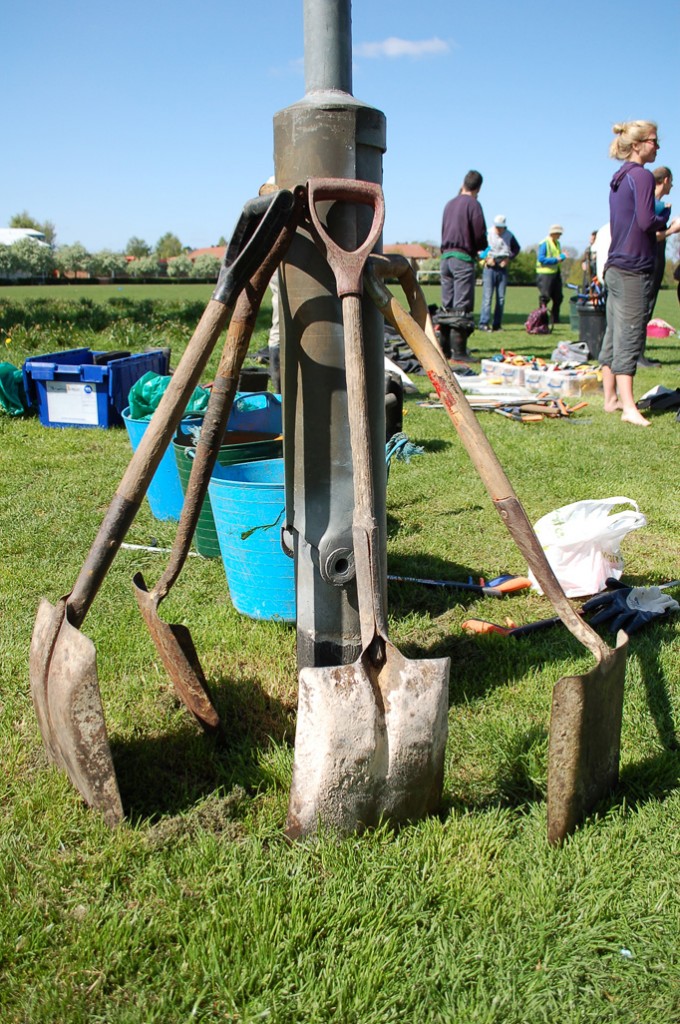 This event was supported by Seymour Green Estate Agents