The one with the local chef

For our April cleanup, it was time to venture to an unknown site for myself (but a well-known site for the regulars) – Ravensbury Terrace. This site is the next stop downstream from Trewint Street so we knew there would be plenty to find.

This was a slightly special cleanup as we were being filmed! Our work on the Carshalton Arm of the Wandle had recently won the Urban Category for the UK River Prize and for this we needed to produce a film about the project. One of the most important elements of our project was community engagement and our wonderful volunteers – and the cleanup was the perfect chance to catch them!

After a welcome talk from myself, we all got in the river to film a shot for our video – you’ll be able to watch the full film soon so keep your eyes peeled…

Once that was all wrapped up, the cleanup commenced. The first challenge was getting down to the bank via an upcycled staircase made of wooden pallets – the perfect addition to any fashionable London house. Once down there, we had a narrow path to ferry the rubbish back and forth. 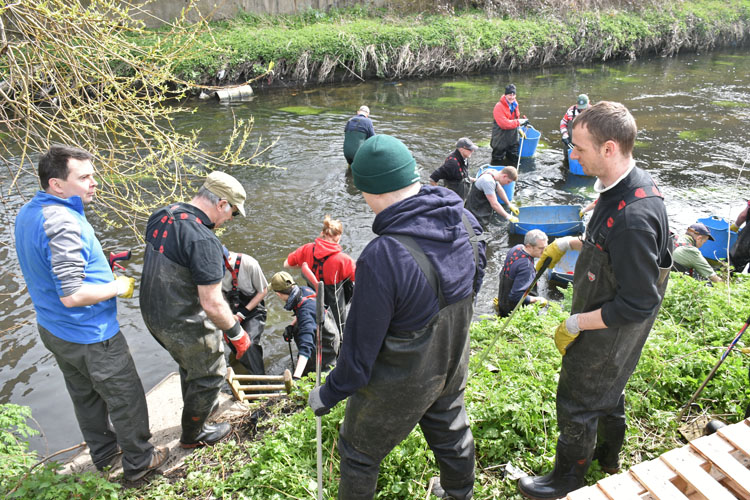 To make matters worse, there were several Giant Hogweed plants growing along the path. Giant Hogweed is a nasty invasive plant which can grow up to 5m tall – outshading native vegetation. The plant also produces a toxic sap which can cause chemical burns to the skin following exposure to sunlight. To help prevent anyone having to experience this, Theo Pike covered each plant with its very own traffic cone. We always there would be a use for all the traffic cones we found in the river! 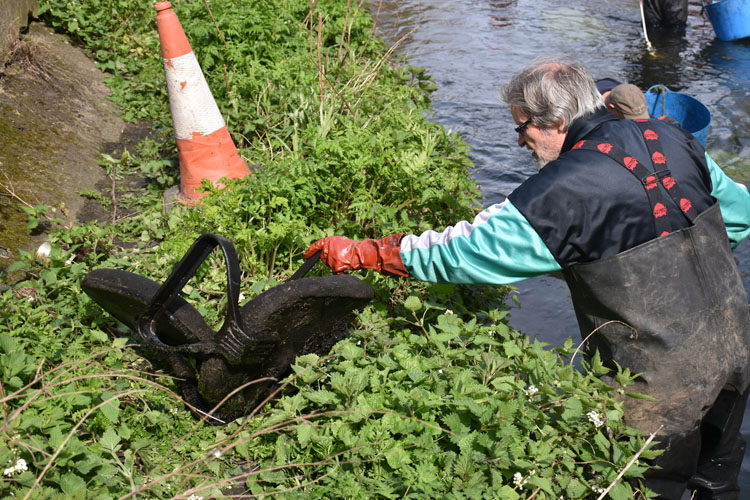 The rubbish quickly started appearing, as it always does. A metal drum, traffic cones, push chairs and more. 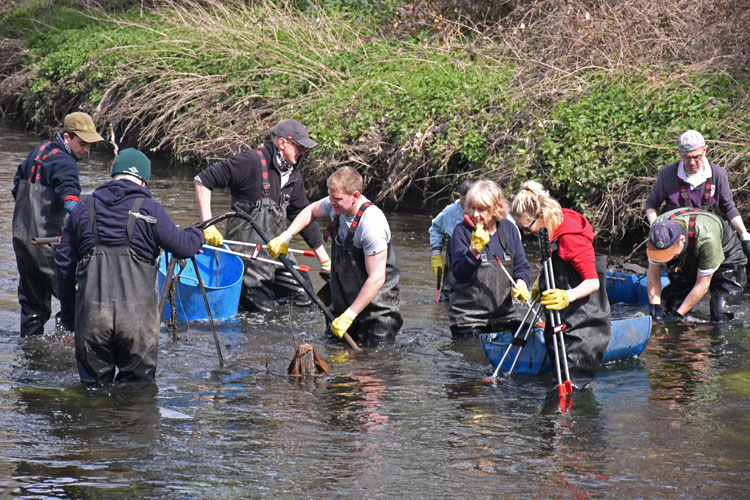 As we worked up the river, we stumbled upon my favourite find of my (almost) two years of cleanups – a chef! 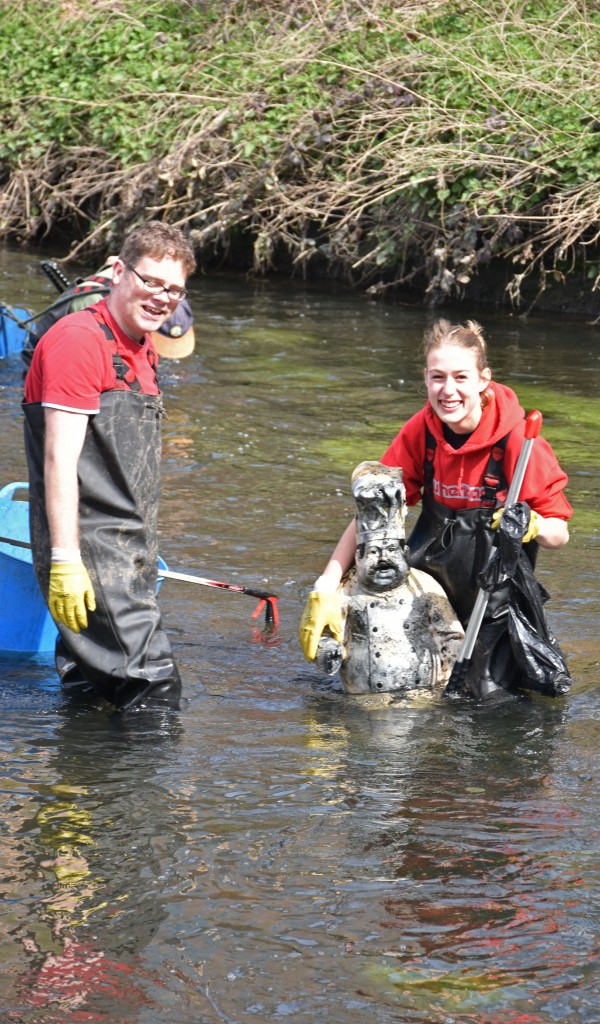 As soon as he was safely out of the river, we made sure he was put to good use… 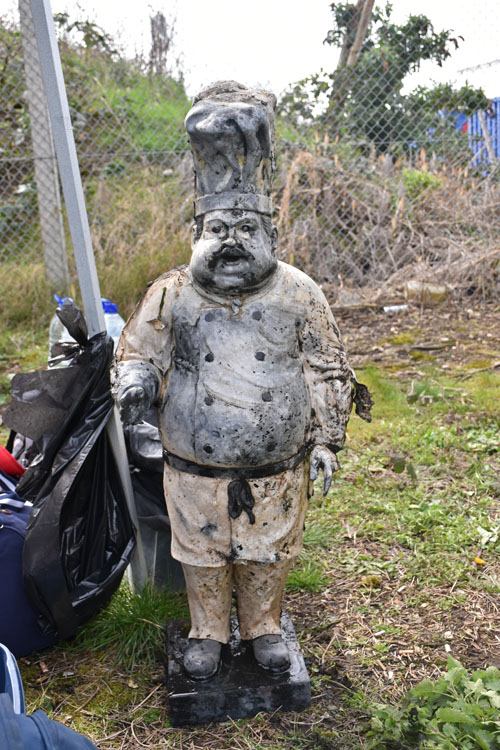 Just before lunch, we got close to Trewint Street. On a previous cleanup there we had found a motorbike in the river, but we knew we’d be unable to haul it up the concrete flood walls above the bridge, so we pulled it out of the river and left it here it on the bank. But now it was time for collection. 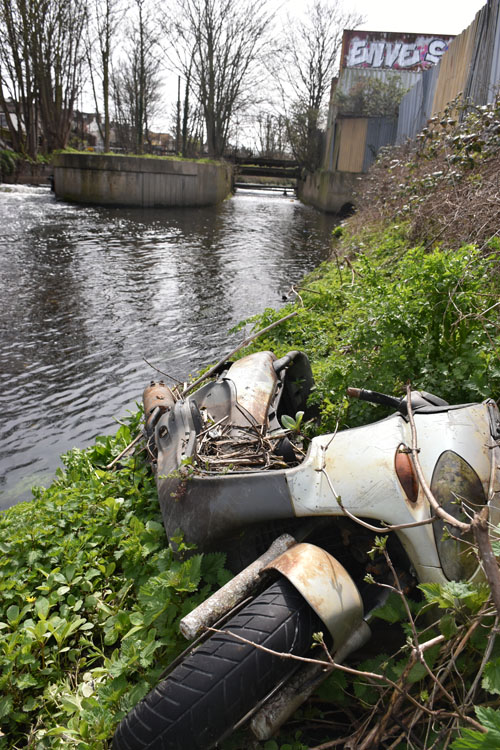 The bike was extremely heavy and the path was very narrow (even narrower with the hogweed plants). Our volunteer first broke the steering lock off the bike, allowing us to move it down the path easier. Two wrecking poles were then used to lift the bike. 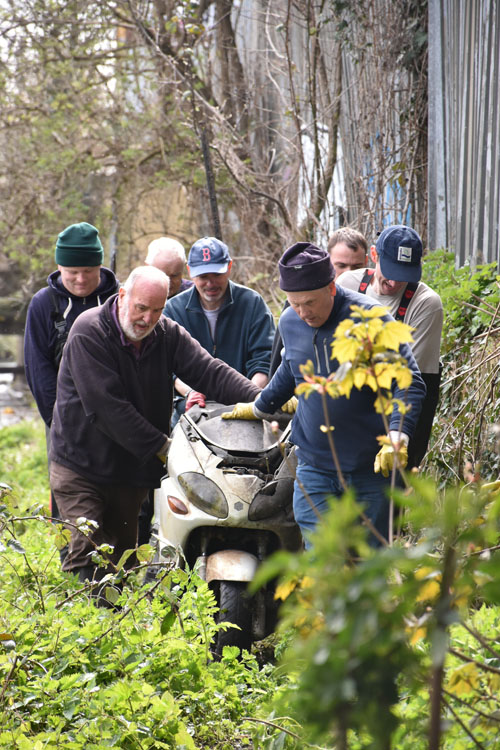 At the other end, our volunteers built a ramp up the pallet stairs and we all watched and hoped the ramp wouldn’t give way..

But it didn’t, one bike successfully removed. Time for lunch.

We were once again spoilt by the students from the American International University in London, who baked us a very impressive spread of cakes including salted caramel brownies and gooey chocolate cookies. 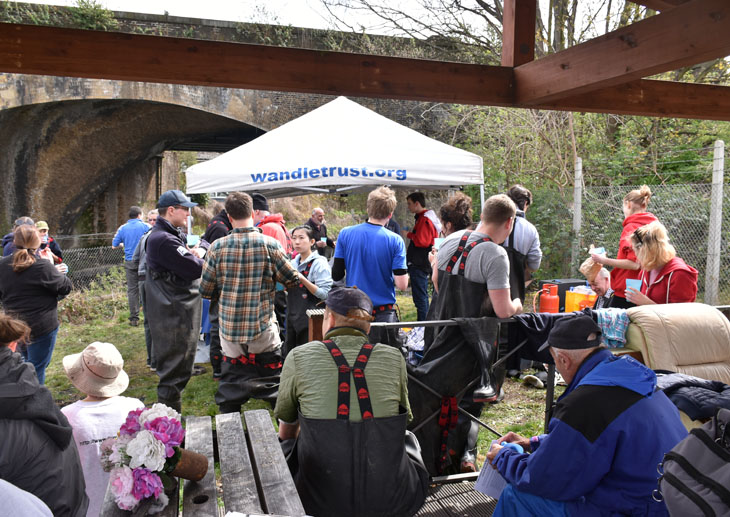 During lunch, we even had time to interview some of our volunteers about the project and how the river in Carshalton has changed.

The cleanup resumed after lunch. A mattress was found and removed with some effort,  together with planks of wood and lots of piping as well. 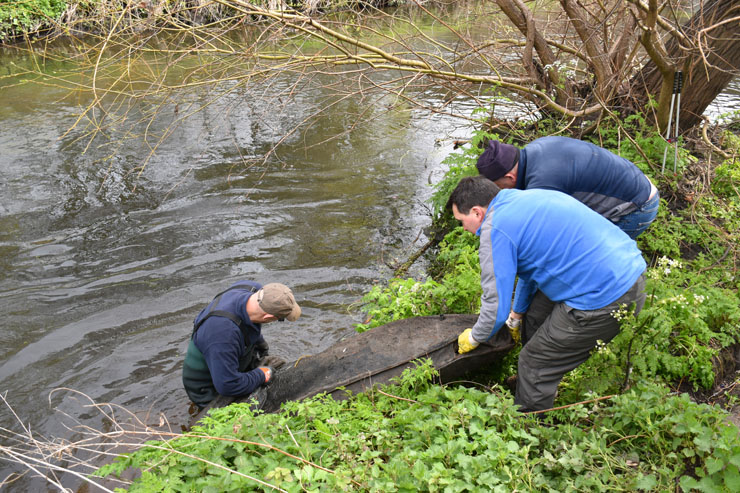 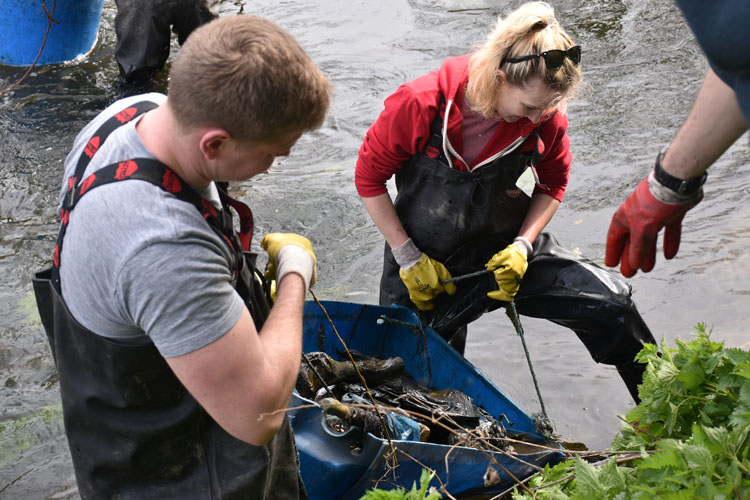 Trug after trug were filled, emptied and ferried to the rubbish pile. 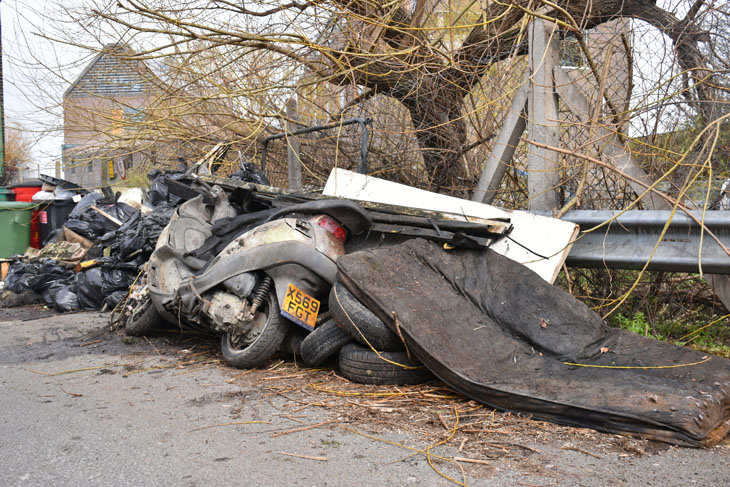 Huge thanks to the Living Wandle Landscape Partnership for funding the event as part of the River Guardians projects, everyone who helped unpack and pack up the van during the event, Dean’s Blinds for hosting us, the students for catering for our volunteers, Rosie for supervising the Event Tent and the Waste Management Team at Wandsworth Council for organising collection of all the rubbish the next day.

So what did I learn from this month’s cleanup?   That you can make anything you need from what you find in the Wandle