The pretty, and on this occasion rather damp, location of the August clean up was the stretch of the river between Bennett’s Hole in Poulter Park and Goat Bridge. 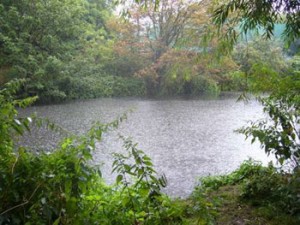 Due to very heavy rainfall and resultant high water levels, Theo (acting as the Health & Safety Officer for the event) sensibly decided that no one should venture into the river.  Several large items were found on the banks, including an old motor bike and several PC monitors! 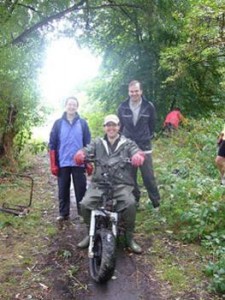 Despite the small turnout and not being able to get into the river, we still managed to amass a very “respectable” amount of rubbish.  The weather brightened up just in time for us to enjoy a couple of pints sitting in the sunshine outside the Goat pub! 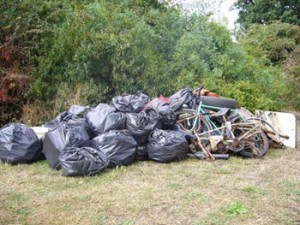