This cleanup revisited the stretch parallel to Buckhurst Avenue upstream towards Culvers Avenue.  As can be seen in the photos the weather was kind, much better than the previous day’s downpour.  Quite a large amount of rubbish had accumulated since we were last here in February 2007. 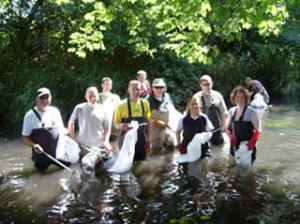 Several large items were found, including a couple of shopping trolleys.  Something or someone obviously put a smile on Erica’s face! 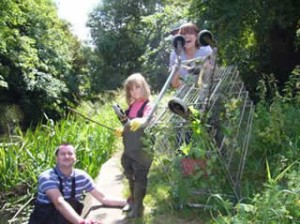 A couple of motor bikes also appeared, and this one was in pretty good nick. 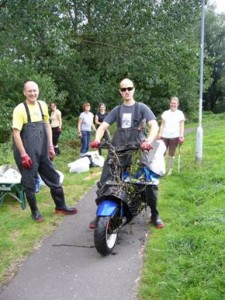 And some lovely carpet … why do people go to so much effort to dump such these things in the river? 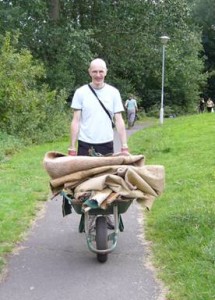 Some of us retired to the Queen’s Head pub on Mill Green for some suitable refreshment: Gill particularly enjoyed her mug of coffee!