The one with the stepladder and the damselfly

Even though various roads in Wandsworth were closed for the London: Surrey Cycle Classic, 39 volunteers arrived for our August cleanup, and soon the river was a hive of activity.  And there were some new faces too. 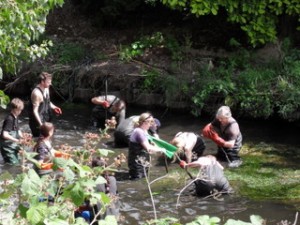 We got in about 100m downstream of Kimber Road bridge and, probably because we hadn’t cleared this stretch before, lots of rubbish started to appear which was handed up to people on the bank. 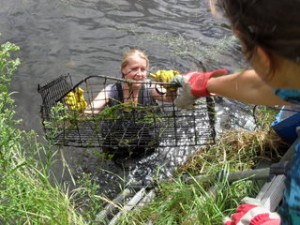 Those volunteers did a marvellous job ferrying all the rubbish to the dumpsite, either by wheelbarrow and trolley or simply by carrying it there. 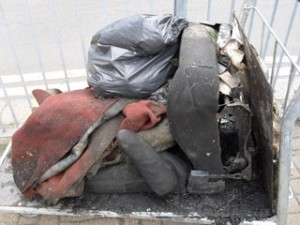 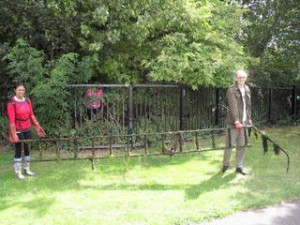 Two or three did some very valuable litter picking too.

Delicious corn bread, ‘Wandleberry’ and apple cake, chocolate flapjacks and ‘raspberry treasure’ cup cakes produced by Sally and Jo gave us the energy to get back to the embedded shopping trolleys that had defeated us before the break.  With one of the longest lines of volunteers we’ve seen on the end of a rope, both trolleys appeared not long afterwards! 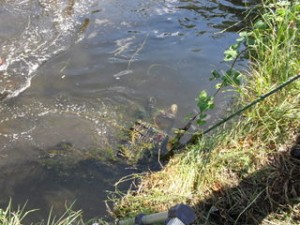 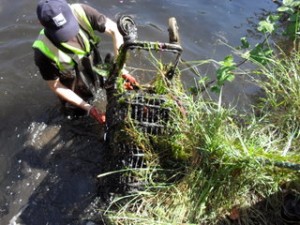 In the meantime, those lucky Wandsworth residents whose gardens back on to the Wandle, came out and gave us lots of verbal encouragement.

Our thanks to Joanna and Michael of Wandsworth Council’s Waste Management Team for organising collection, and to Terry for turning up to take all the rubbish away in his truck. 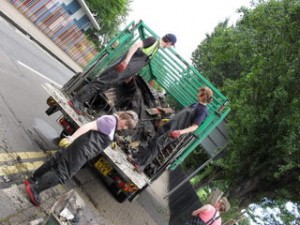 And on the bank, in the late summer sun, we were reminded that we are making the river a better place not just for ourselves, but for the wildlife too! 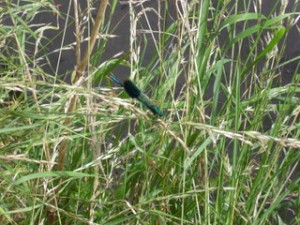