The one with Nick Hale…

Apologies for the slight delay with our August cleanup blog – but we went from the cleanup straight to some river restoration in Morden Hall Park – it’s been a busy couple of weeks! You’ll be able to read about that adventure soon, but on with the cleanup…

August saw us return to Waterside Way in Wimbledon. This site is still full of rubbish and will be a regular site for some time to come considering how little distance we manage to cover each time. We were joined this month by Nick Hale, another Wandle Trust Project Officer who came along to experience our famous cleanups. After the usual health and safety briefing, we got stuck in.

The waders got in the river just upstream of where we finished back in March. As they filled their first trug load, my team on the bank were getting bored, waiting for something to do. I suggested they enjoyed the peace while it lasted – this was Waterside Way, after all! 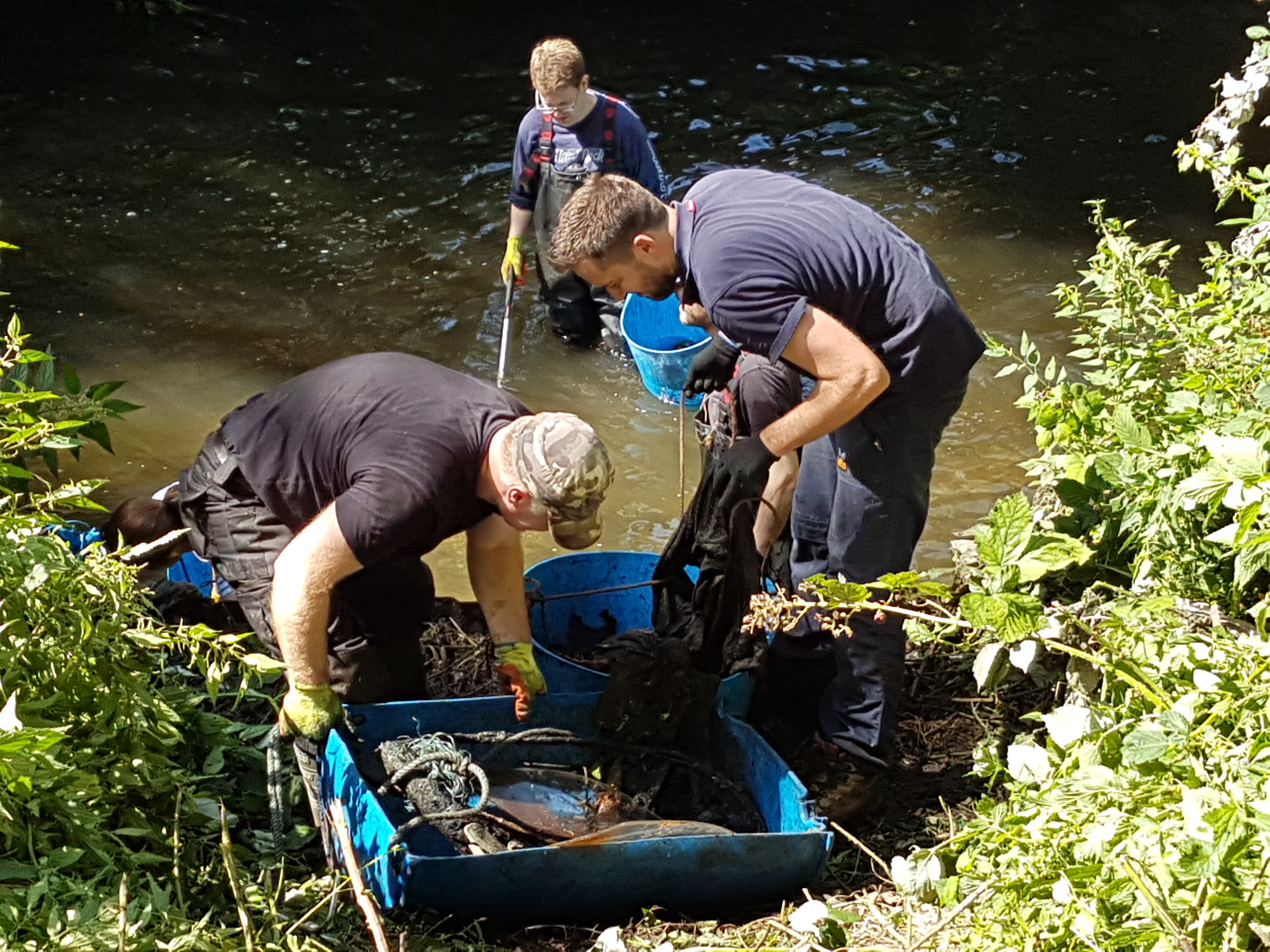 And like clockwork, trug after trug was filled and the bank team soon missed the easy start they had.

The first large find was a lorry/bus tyre, shortly followed by 5 other car tyres. 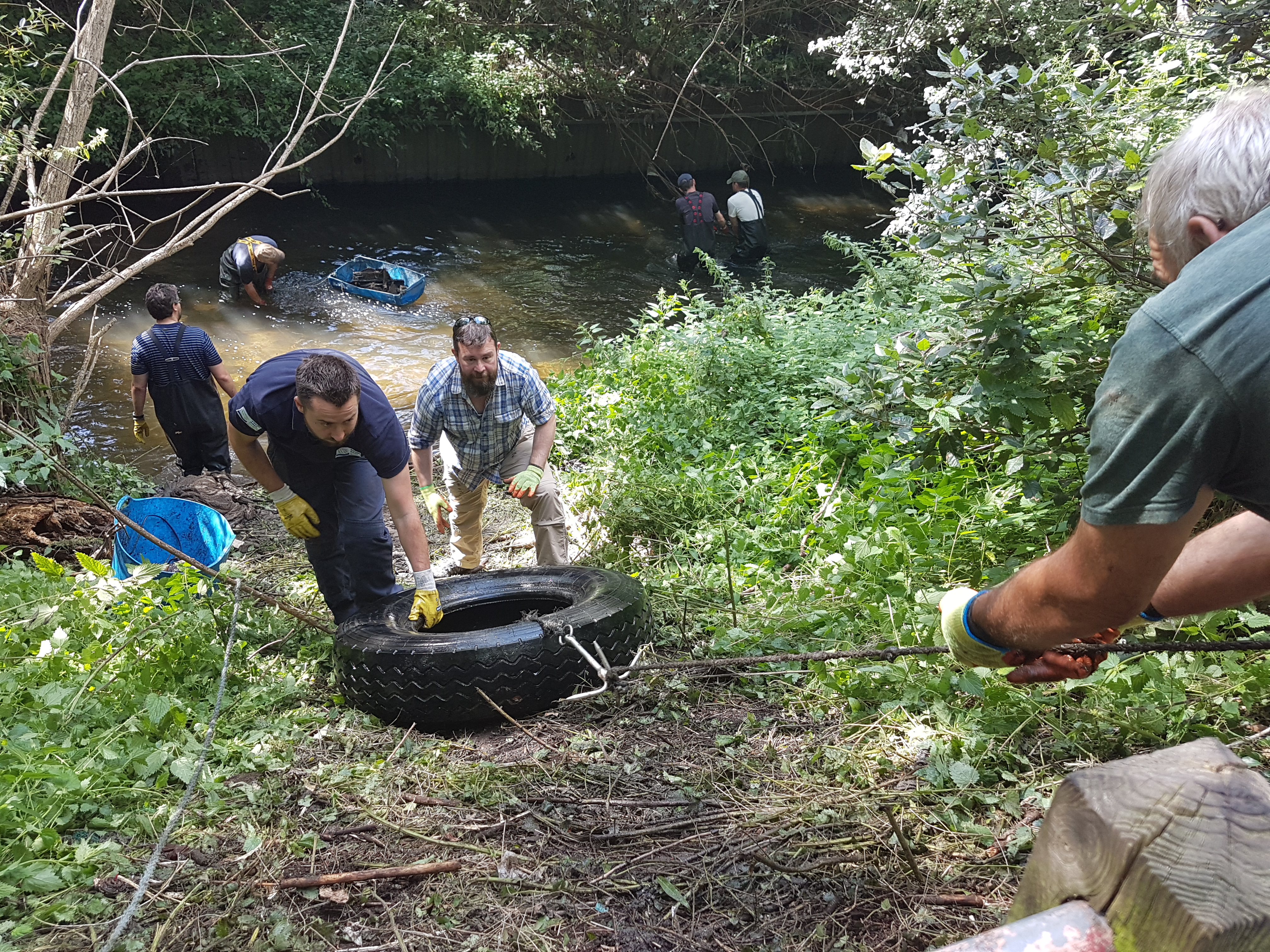 Next, a bicycle was found. Not in great condition, but as Nick still doesn’t have a bike for his London to Brighton cycle ride (raising money for the Wandle, you can sponsor him here), it might be the best he’s gonna get! 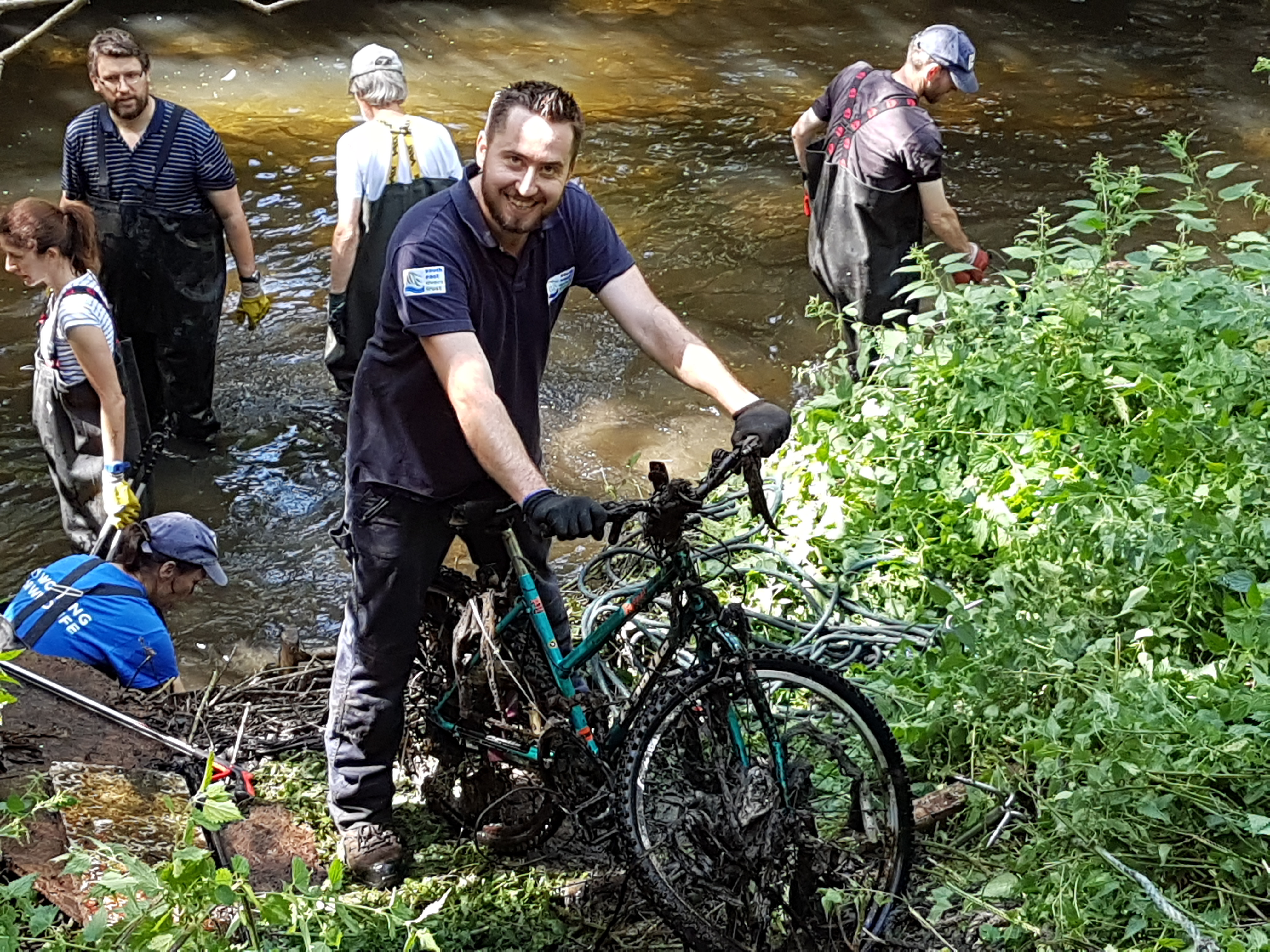 A few minutes later, I was given perhaps the creepiest gift from the Wandle yet – this doll. 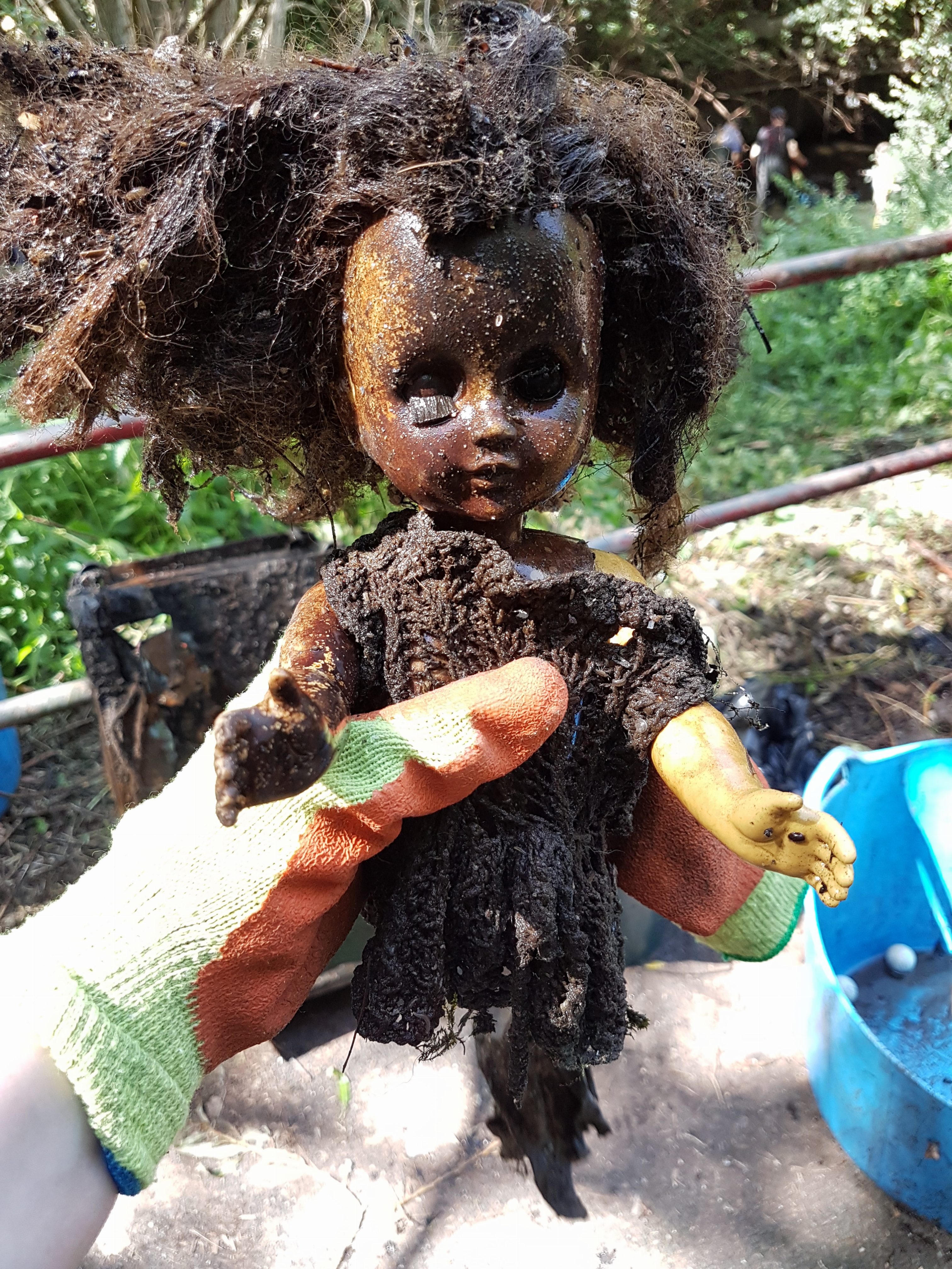 After a quick lunch break, we moved further upstream, but only by 10 or so metres. Here we found the classic coconut. 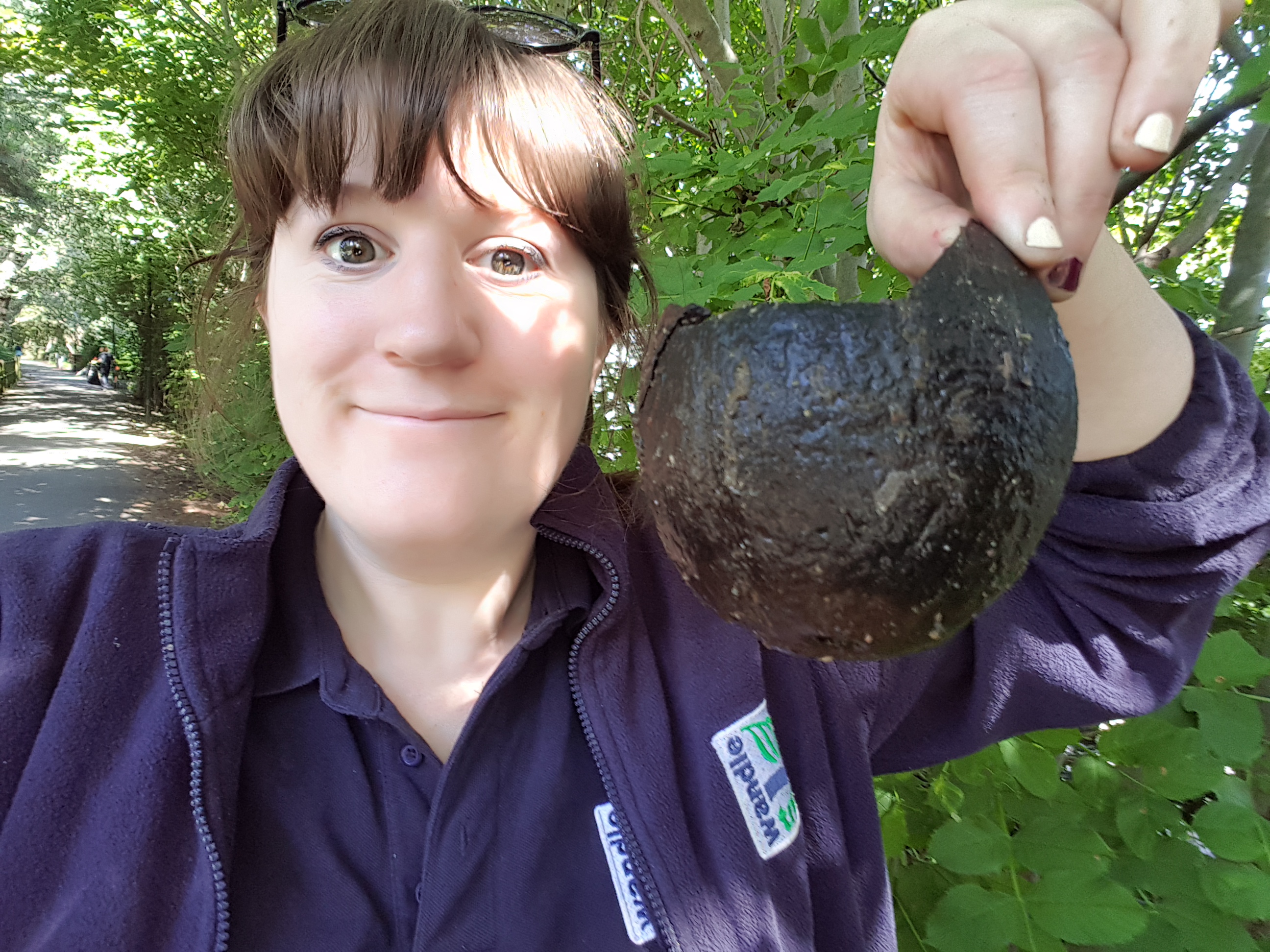 Some toys, including a scooter and steering wheel 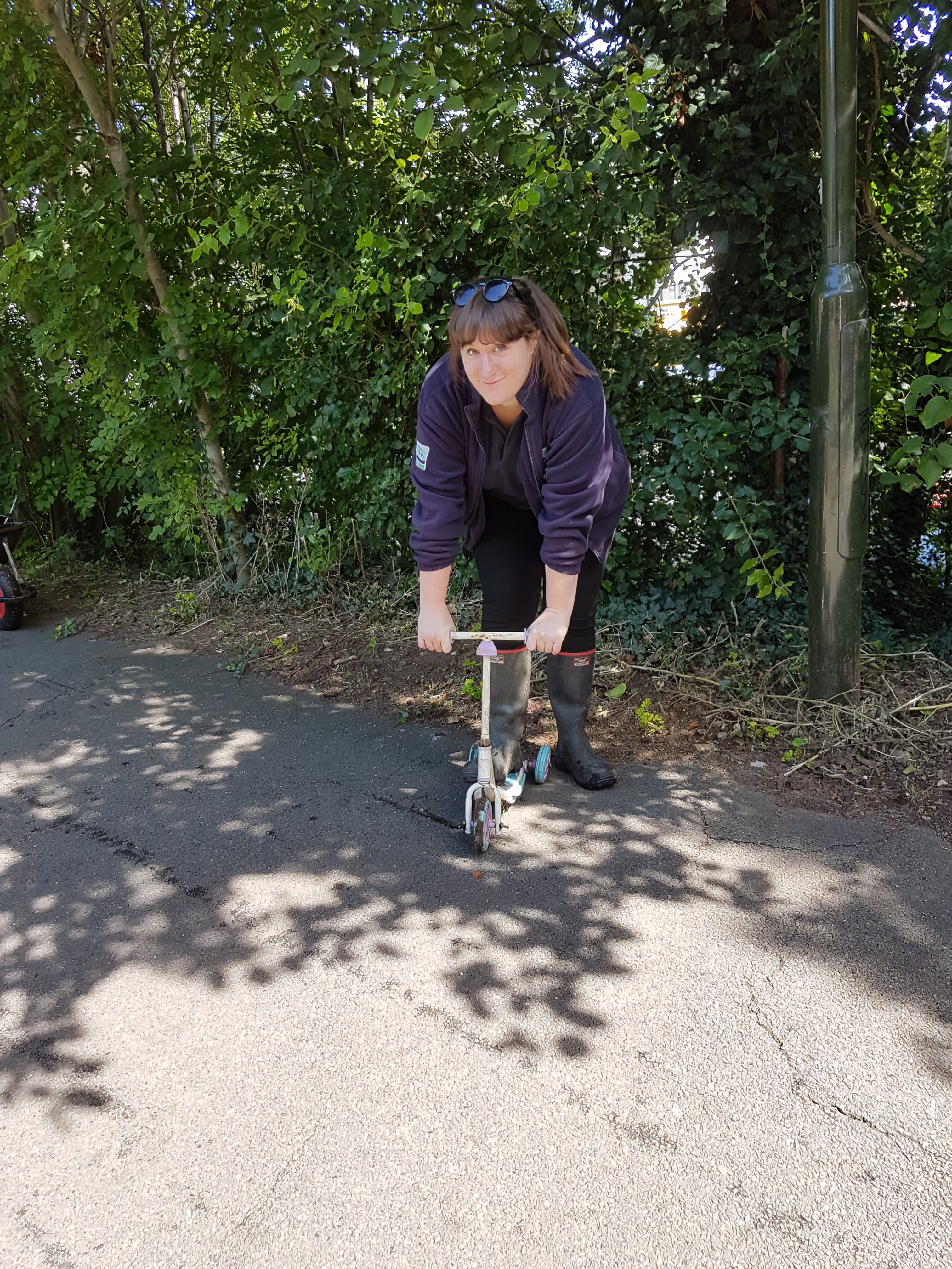 And some large carpets which were extremely heavy as we pulled them up the bank. 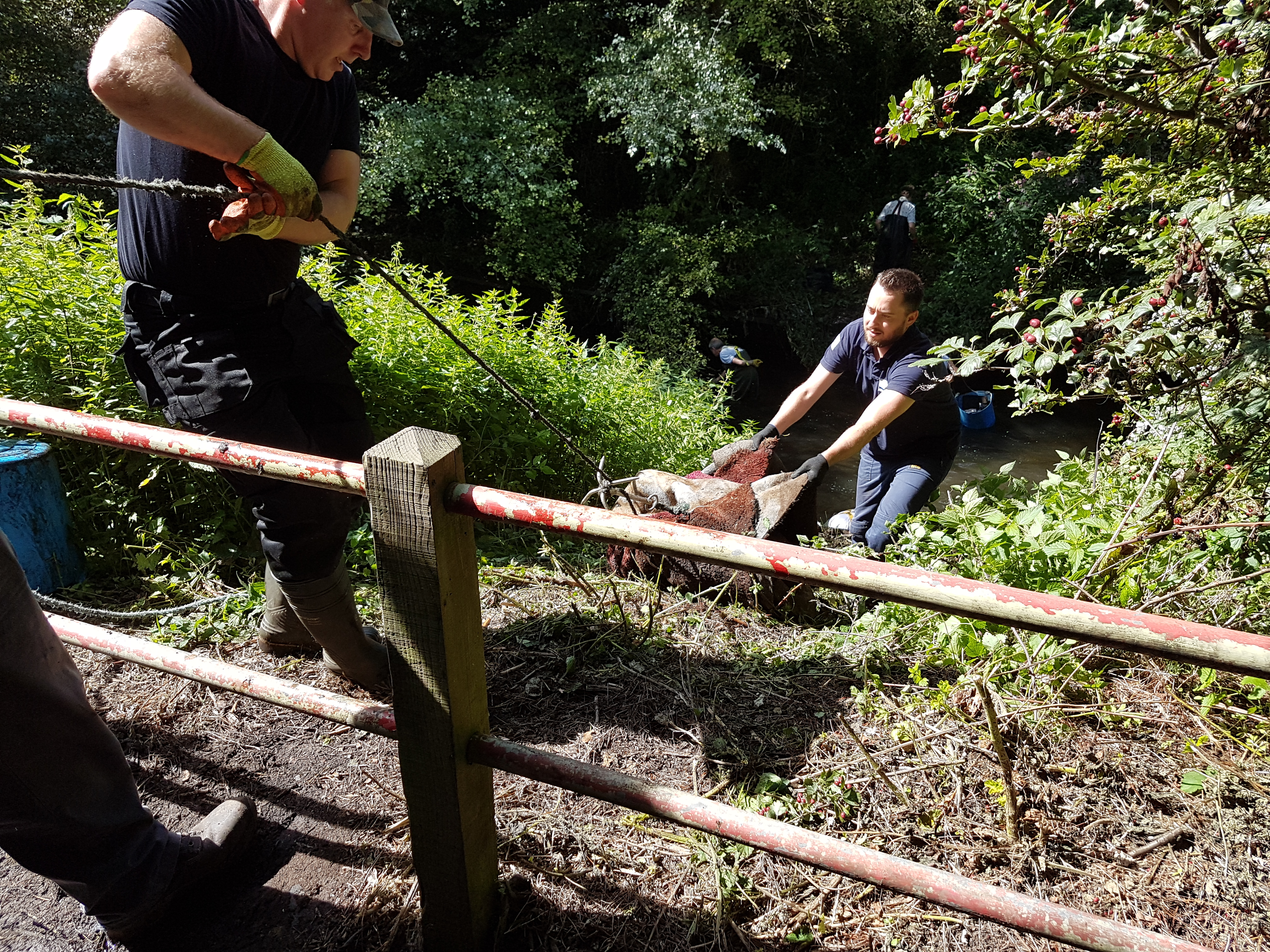 After 4 hours of hard work, we finally called it a day and packed up the van.

Huge thanks everyone who helped unpack and pack up the van during the event, Rosie for supervising the Event Tent and for helping me and Nick back at the garage, Big Yellow Wandsworth for providing free storage space for our equipment and the Waste Team at Merton Council for organising collection of all the rubbish the next day.

So what did I learn from this month’s cleanup? Waterside Way is going to take us a while to clear…