The one with Christmas wishes from Down Under

For this year’s Christmas cleanup, the weather forecast was threatening rain, so we arrived at Plough Lane well prepared with 2 gazebos to keep the refreshments and 50 volunteers’ belongings dry.  Luckily the rain held off, but there were some strong winds howling round the edges of the new apartment blocks… 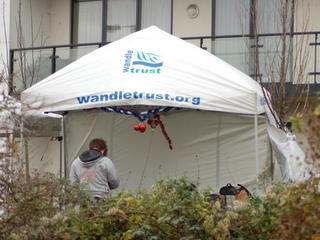 We hadn’t been to this stretch of the Wandle since March 2009 and a few things had changed in the interim.  Amy, Steve, Tony and William, amongst others, spent some time extracting a shopping trolley from a willow tree, because in the intervening couple of years the branch had grown through the trolley! 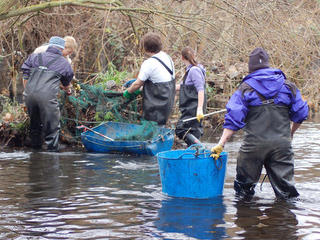 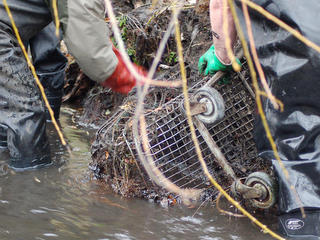 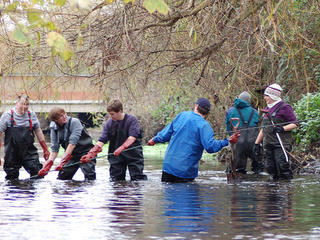 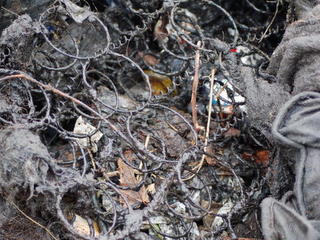 … whether in the river or up on the bank: 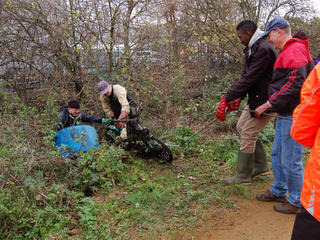 The sopping piles of rubbish kept on coming, and it wasn’t the first time we’ve been convinced that this is the only stretch of chalkstream in Britain to feature a fully-fitted shag pile riverbed! 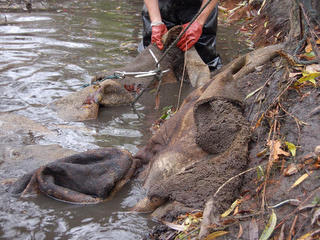 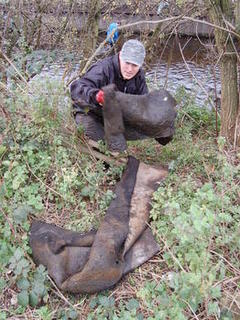 Youngest volunteer, Jack, who had been litter picking on the bank with his father, was very pleased with the motorbike helmet he’d found as he took it to the dump site: 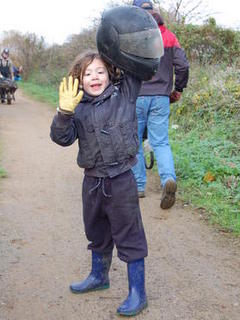 Sally served up delicious tomato and basil soup with hunks of bread at lunchtime, followed by mince pies and brandy butter, and Rob’s homemade panettone… 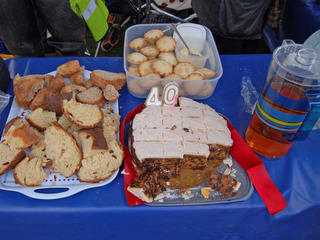 Even though she was Down Under (and to the right a bit) at the time, Jo sent a Christmas cake – which doubled up as Theo’s birthday cake –  some decorations to make the gazebo festive, and a photograph of herself in reindeer antlers in the heat of a New Zealand summer! 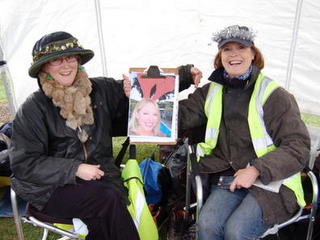 At quarter to three, Merton Council arrived to pick up the rubbish, but quickly agreed that a grab lorry would be more appropriate than the truck they sent. One or two phone calls later, it was arranged that our regular operator, Stan, would be despatched the following day to pick up the pile.  Our thanks to him and to Tony for arranging collection. 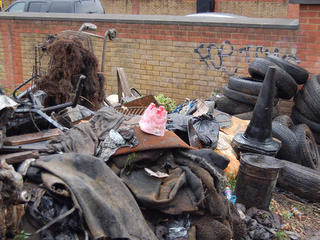 Then it was back to work for the final fifteen minutes and a few more items of rubbish, before we packed up and wended our chilly ways homeward and pubward for well-earned birthday drinks…

Oh yes, and of course there’s always a coconut! 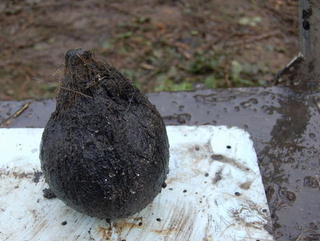 All photographs: thanks to Sally Ann Symis