This December we returned to Trewint Street in Earlsfield. It was a cold cleanup, but 20 dedicated volunteers powered through to remove a serious amount of rubbish from the River Wandle.

This month’s cleanup was funded through the Living Wandle Landscape Partnership as part of our River Guardians project. Before we got started, I gave everyone a brief update on our current work tackling pollution along the Wandle. The Wandle Trust has been busy trialling several new methods for pollution mitigation including Siltex and mycofiltration.

After this and the Health & Safety Briefing, it was time to get stuck in.

The first item on our cleaning agenda was a motorbike upstream of our cleanup site. Chris volunteered to head a team of 6 volunteers to pull this from the river. Luckily, the bike was a recent dump and hadn’t had the chance to sink into the sediment yet. 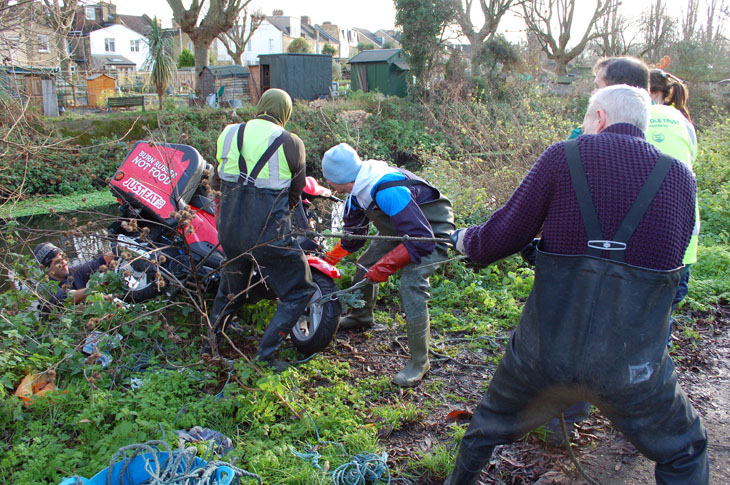 With brute force and a couple of grapples, the bike was soon pulled onto the bank – and we couldn’t resist having a little ride. 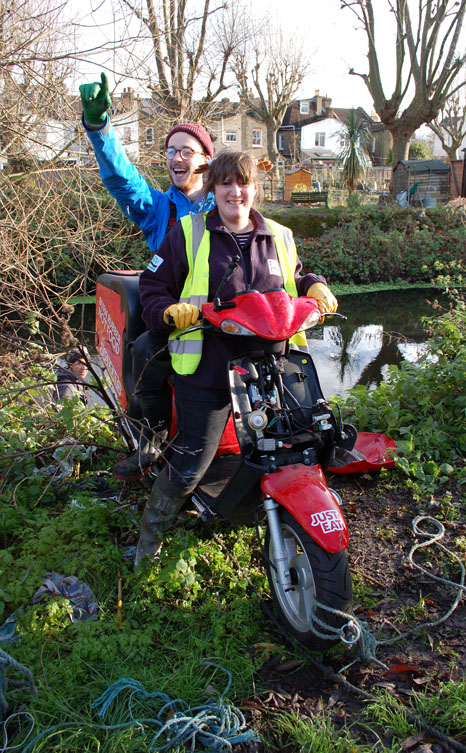 With the bike removed, the team headed back downstream to tackle some other big items which had been spotted.

The first of these was a whole armchair, wedged under the Trewint Street bridge. With grapples, the chair was dragged to the concrete banks and up the side. But not before our workers had a little rest. 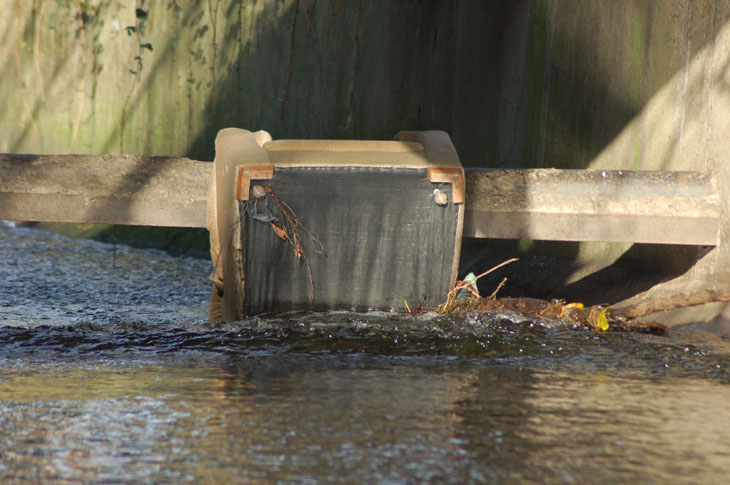 It wasn’t our wading team getting all the glory at this cleanup, there were some serious hotspots for fly-tipping at our site. Our litter pickers shifted wooden pallets, fencing and several other large pieces of rubbish, clearing the island at Trewint Street bridge. 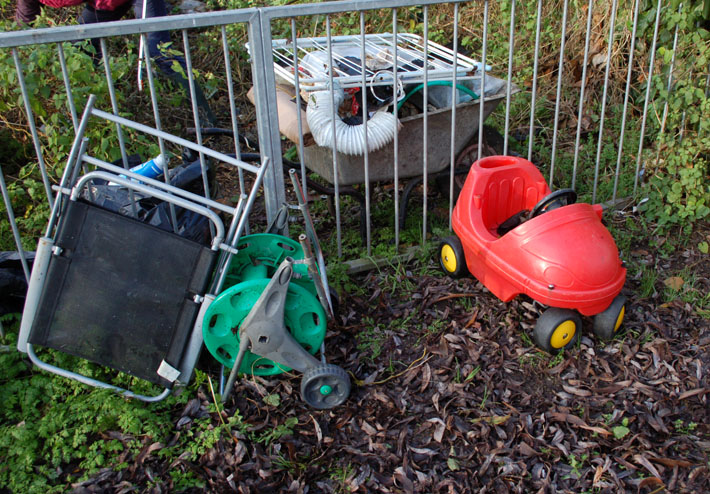 After all this hard work we were ready for our tea break. As it was so close to Christmas, we had mince pies and ginger cake this month, kindly supplied by Sally and Jana. 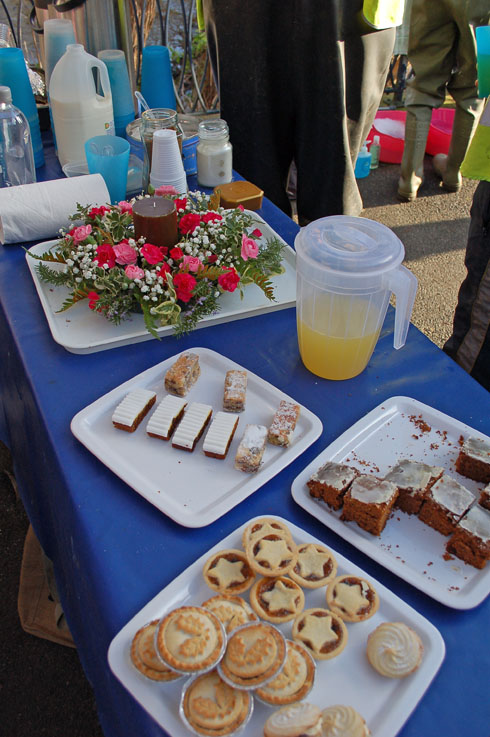 Following lunch, it was time to move on to the washing machines further downstream. Pulling these up a vertical concrete bank was not an easy task but our volunteers managed the impossible. Using carefully placed grapples, both washing machines were retrieved from the river fully intact! 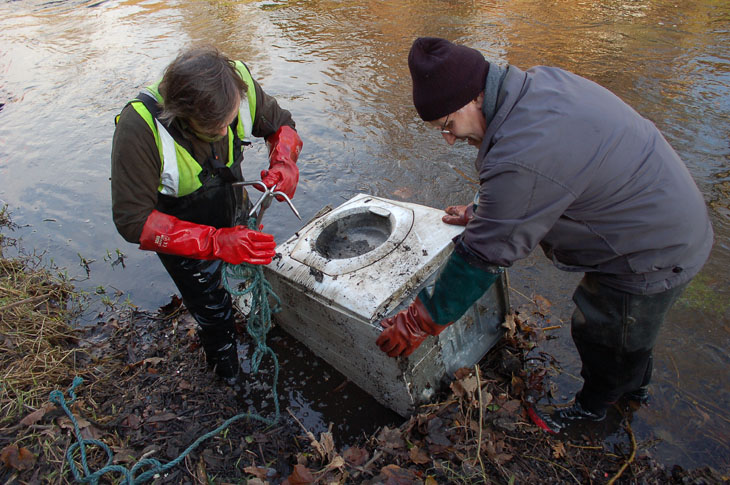 Terry from Wandsworth Borough Council showed up to collect the rubbish in the afternoon, by which time our pile was already worryingly large. In fact, we were told to stop shortly after lunch as we had already filled up the rubbish lorry!

Huge thanks to Mark who met me early to load and unload the van; Sally and Jana for catering for our 20 volunteers; Theo and John for helping supervise everyone on the day; to the Waste Management Team at Wandsworth Council for organising collection of all the rubbish on the day.

So what did I learn from this month’s cleanup? No matter how steep the bank, hauling a washing machine up a vertical concrete cliff is always possible.