The one with the first eel tally (5)

In spite of the threat of torrential rain on the day of our February cleanup, 61 volunteers wrapped up against the cold and got stuck in to a 50m stretch of river upstream of the bridge at Lydden Road. 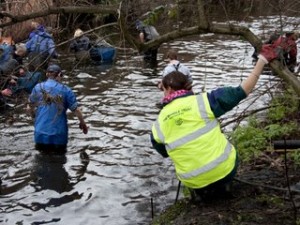 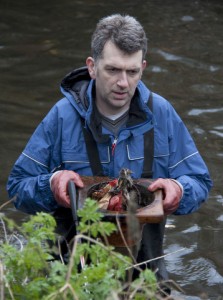 No-one was surprised when shopping trolley followed car tyre followed bicycle out of the water on an almost constant basis.

Some of the shopping trolleys were truly embedded in the silt and required lots of team ‘tug of war’ type effort from volunteers in the water and on the bank. 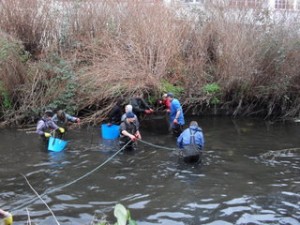 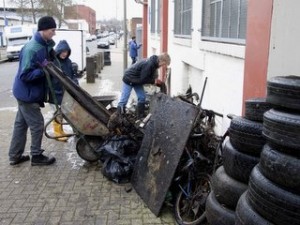 Having announced that we were going to keep an eel tally as well as a rubbish log, we inspected each piece of rubbish as it came out of the river and counted 5 eels over the course of the day… two of which had been co-habiting in a large lorry tyre! 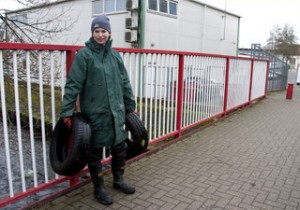 Half way through the morning, scrap metal merchant John and his pals who had picked up the scrap from us in Sutton last month, decided to venture over the border into Wandsworth and collect some of the metal we were pulling out of the river.  When they drove away with a promise to come to the next cleanup in Merton, John not only handed over a cash donation to the charity, but, when we consigned yet another exhausted wheelbarrow to the scrap heap, promised to bring us at least two more for next time. 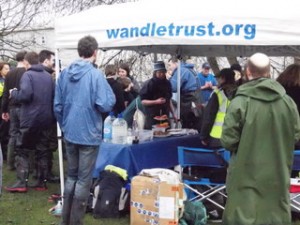 Fortified by delicious cake and soup from Sally and Jo, our gang returned to the chilly depths and carried on pulling out the usual assorted detritus – all beautifully captured by Rupal – a photography student who not only provided most of this month’s images but even sent one with a short report to our local Guardian group of newspapers who duly published it. 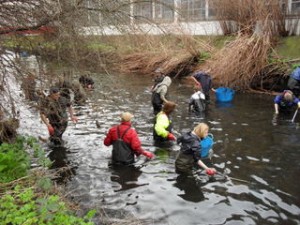 Finally, after 43 cleanups, 3 picnics and various fairs and festivals, we decided that our current gazebo frame with its broken struts and missing pins had become more of a hindrance than a help, so it too joined the lorry load of rubbish taken away by Terry from Wandsworth’s waste management team. 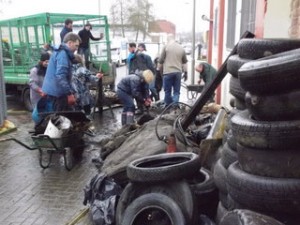 Besides the gazebo, we disposed of: 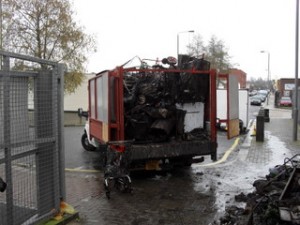 … and Hana who realised on her first cleanup this was that doing something good for the environment and having lots of fun in the water all counted towards her bronze Duke of Edinburgh Award!

All images: thanks to Rupal Bakarania and Henry Wood