The one when no one would leave!

The second Sunday of the month comes around quickly! For February we went back to Plough Lane in Wimbledon to tackle a stretch further down the Wandle Trail.

Almost 50 volunteers joined us at 11am, some regular faces but also some new such as students from the American International University in London and a team from the Pink Group – a local PR company who chose the Wandle Trust as their charity for this year. A big thanks to them for picking us and coming to help! 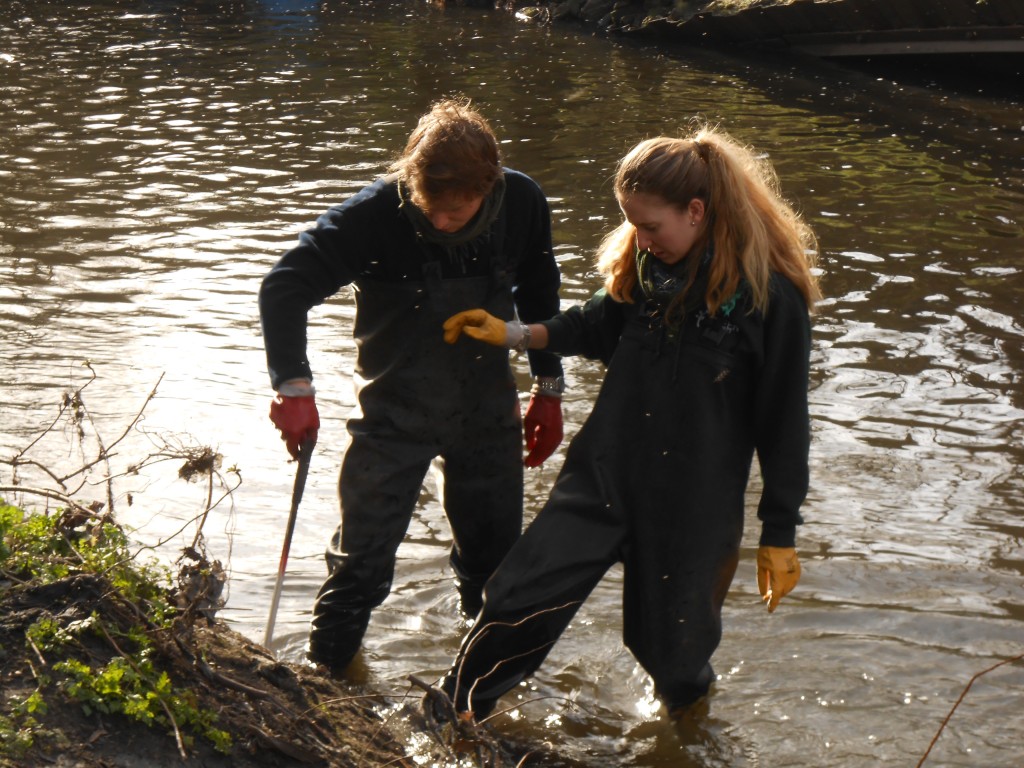 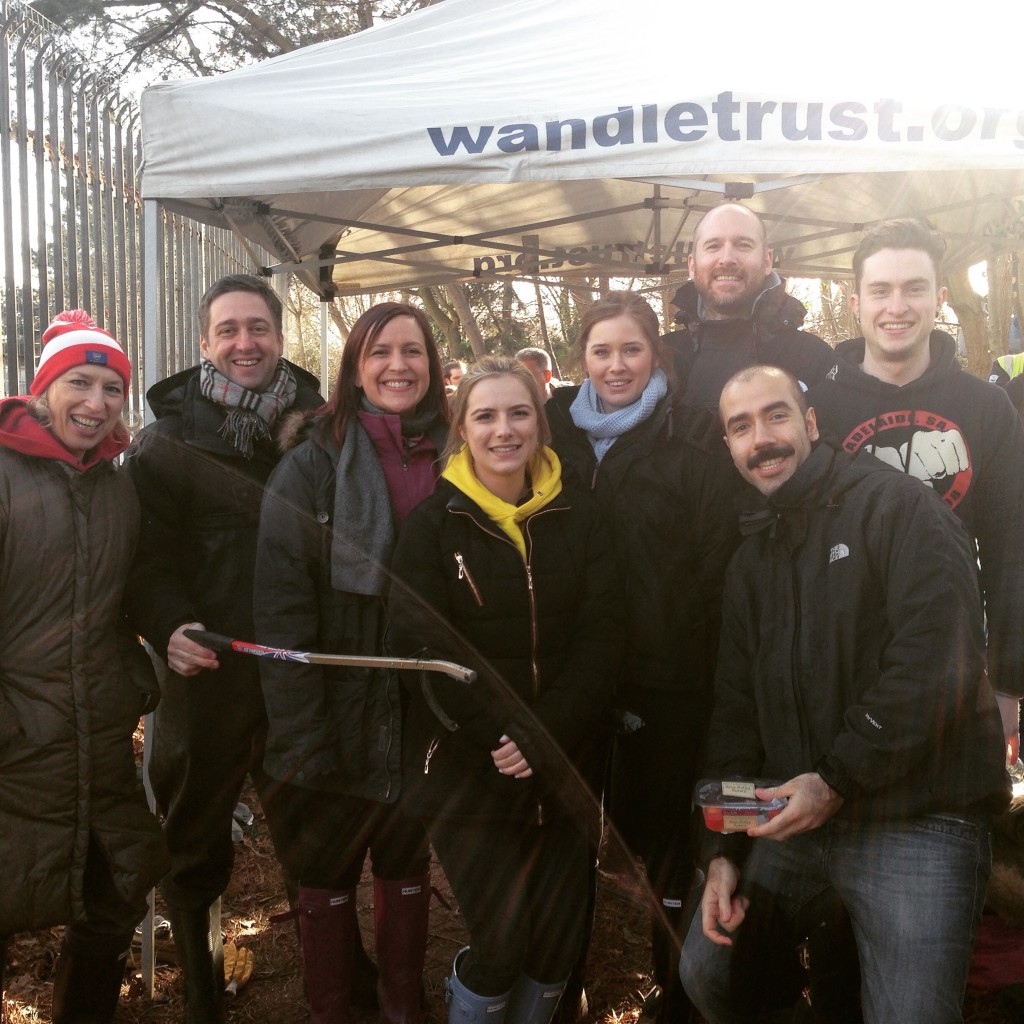 Before going any further, I have to send a special thank you to Wally who got the key to the gate at Plough Lane allowing me to reverse the van – very slowly – down to the site for an easy unload! Thanks Wally!

After the Health and Safety briefing we got started. A team of waders got in the river and started upstream. Meanwhile out litter pickers dispersed along the Wandle Trail discovering a couple of fly tipping sites on the way with two trolleys! 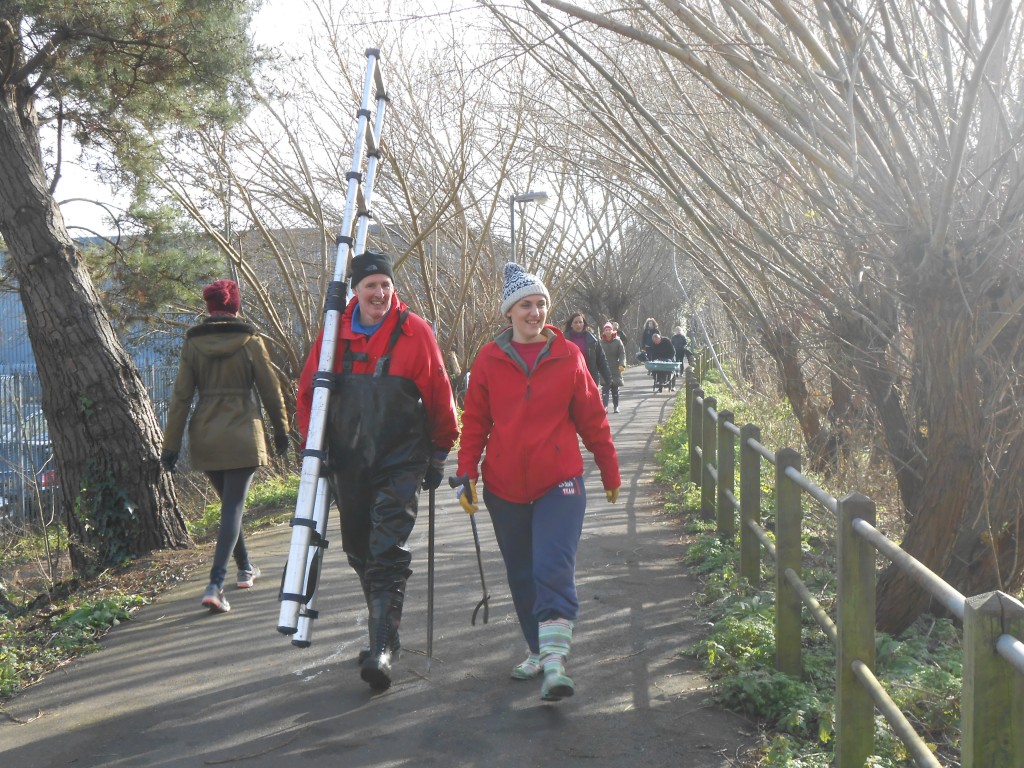 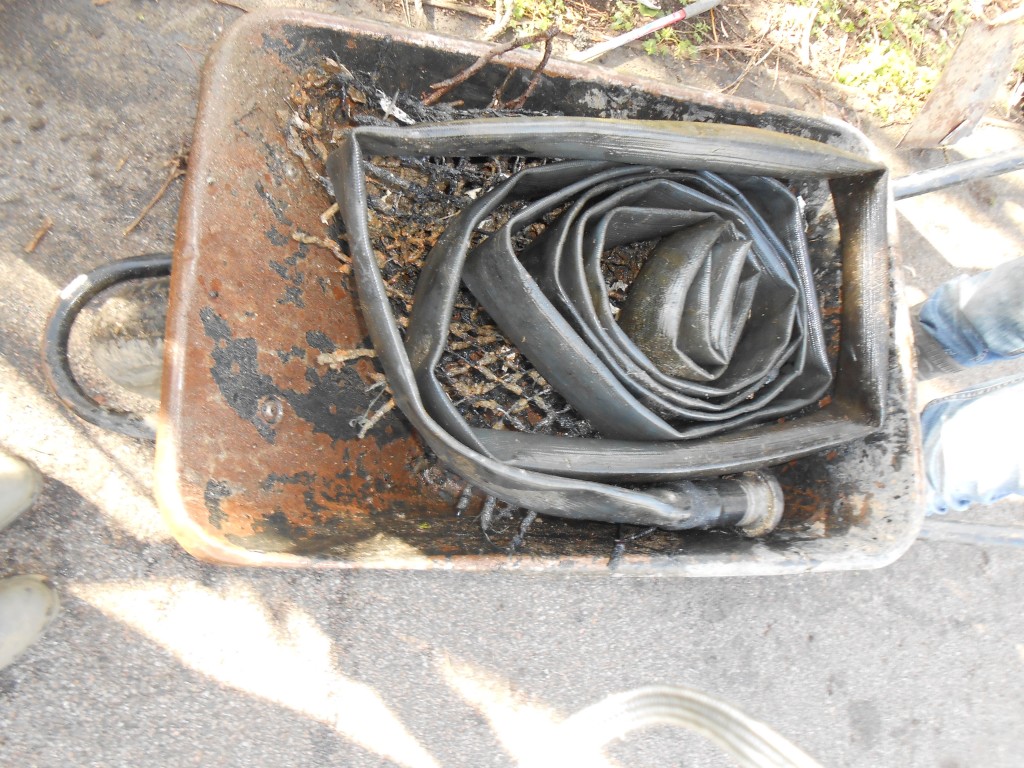 … a sodden carpet buried in the silt… 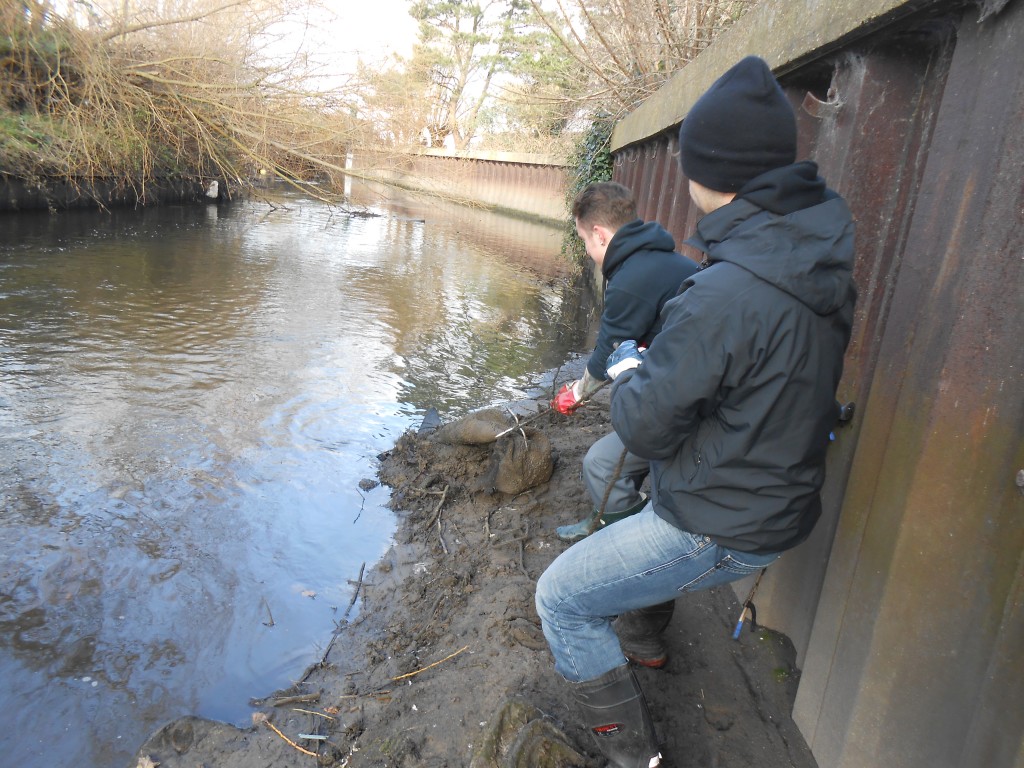 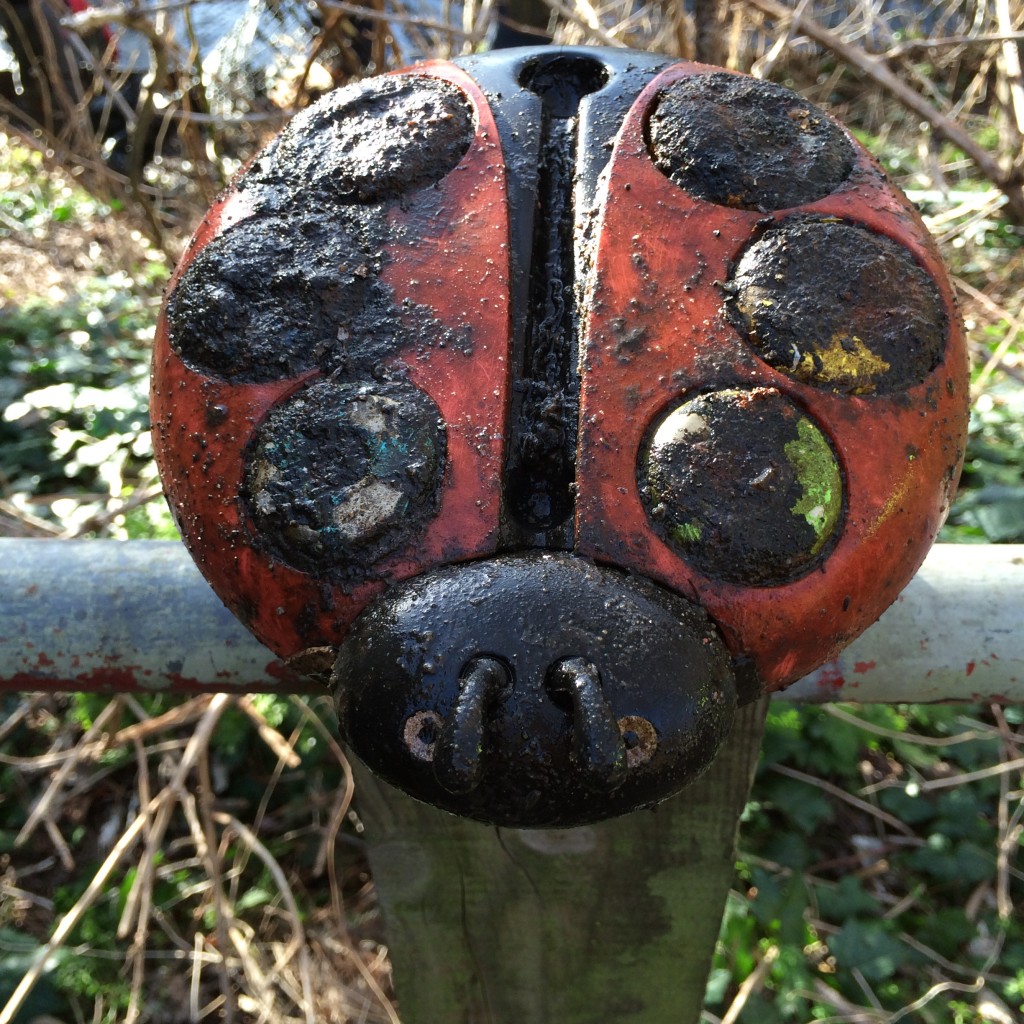 We stopped for lunch with some delicious leek soup and bread made by Sally. After warming up we got back to it.

The wading team found themselves a challenge in the afternoon: a trolley buried deep in the mud tangled in a lot of wire fencing. Teaming up, the grapples were set and everyone grabbed on to pull. With a lot of pulling and poking with crow bars the first batch of wire was freed: 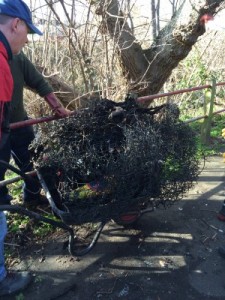 Followed by the second… 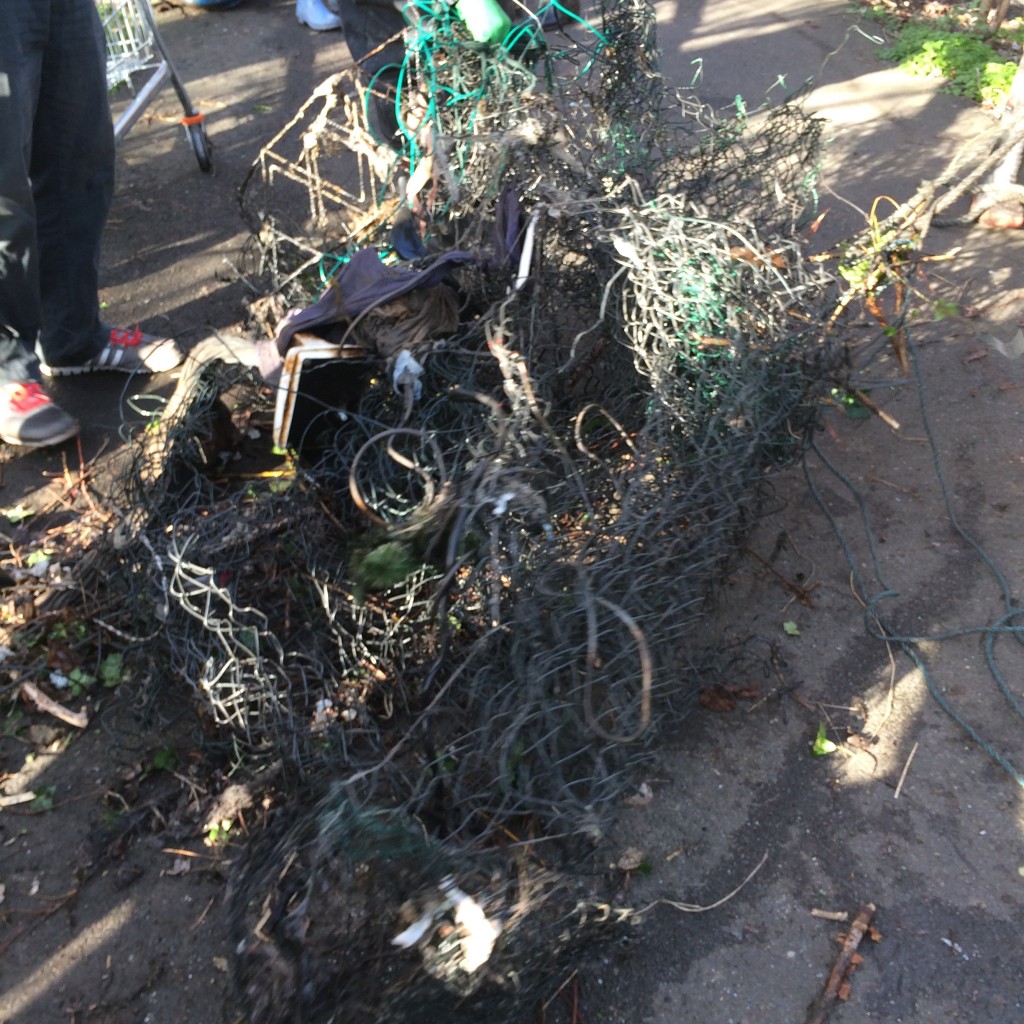 And finally a very very old trolley! This one I didn’t try and ride in… 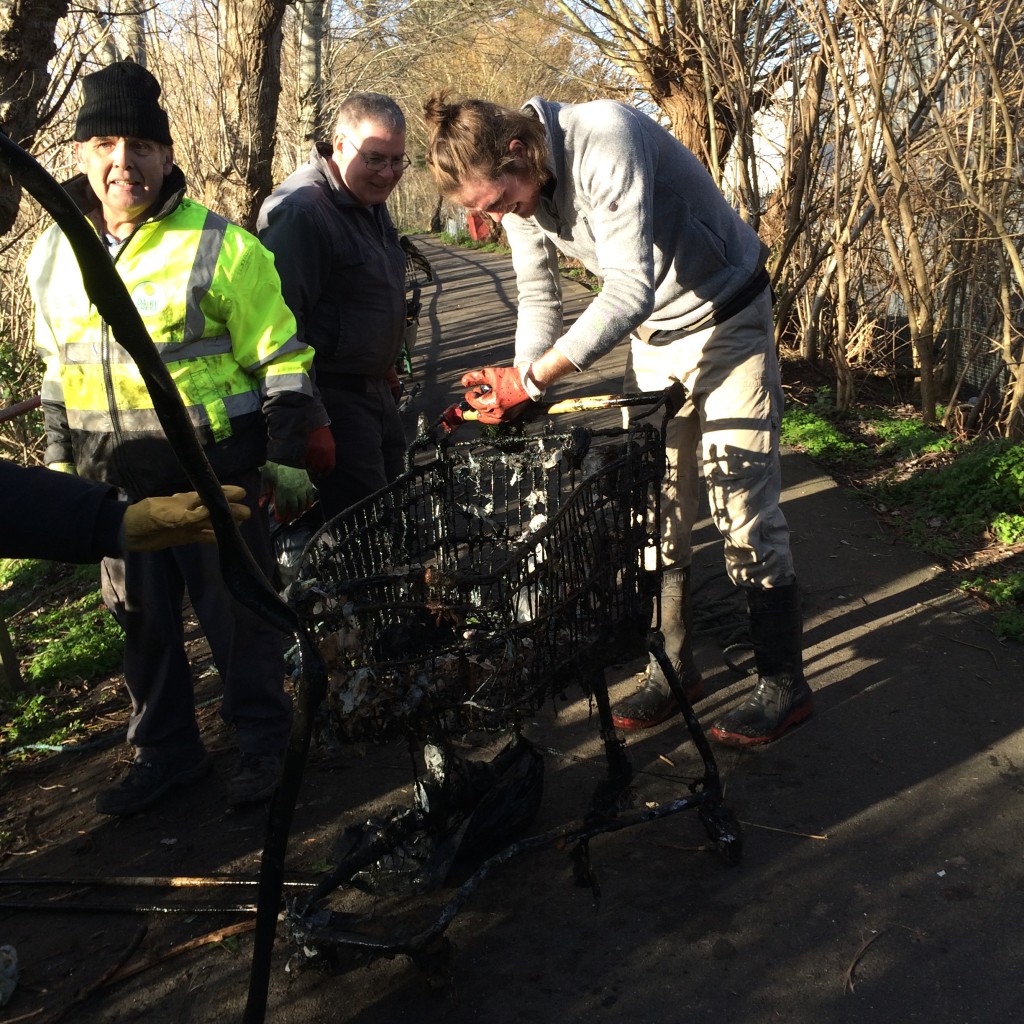 Not long after this another challenge was discovered – a buried carpet. Once again the troops were summoned and everyone grabbed the rope to heave and ho. By this time it was gone three but no one was leaving until they had got the carpet out! 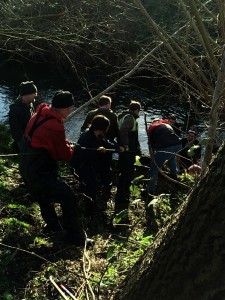 Thankfully it came out and we all packed up to head home. Just as the van was leaving, Merton Council appeared to remove the rubbish – a great day’s catch! 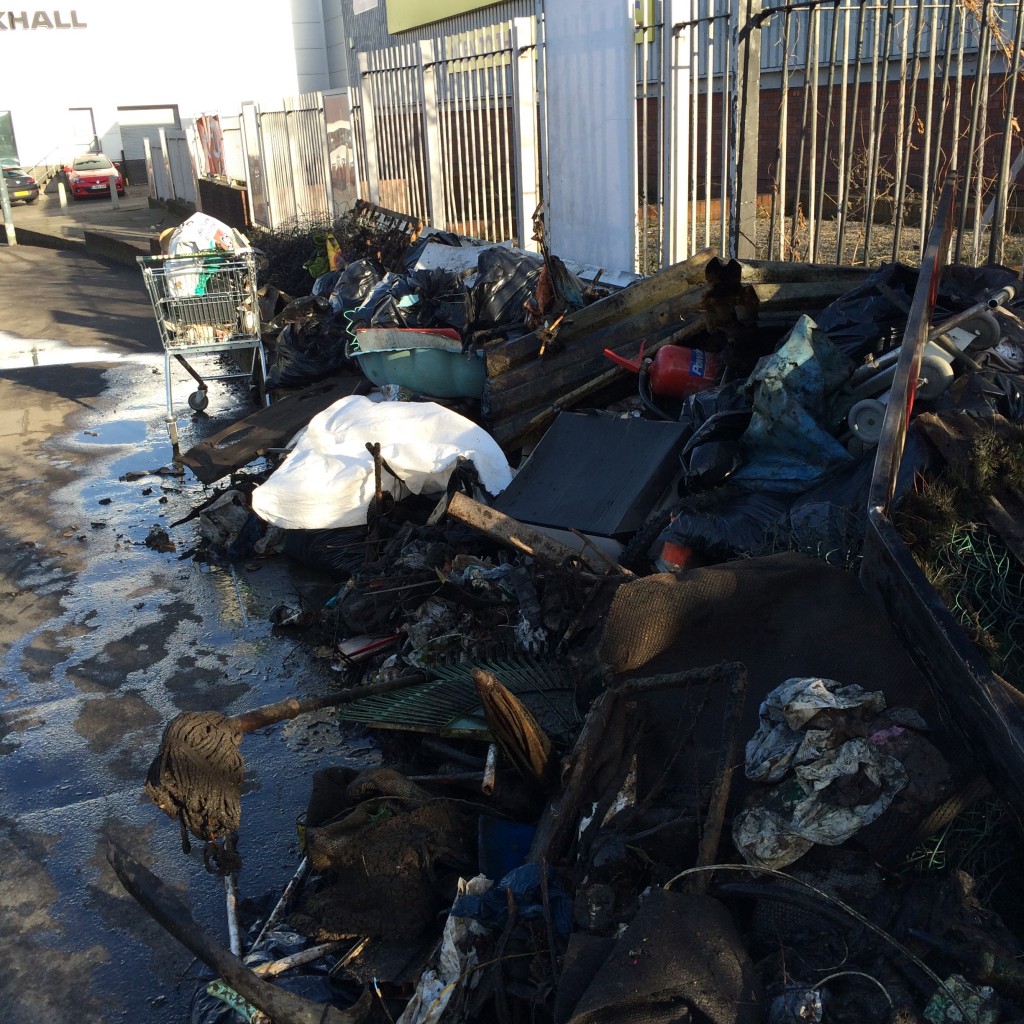 Huge thanks to John who met me in the morning to load up the van;  Sally for catering for our 48 volunteers; Theo and John for helping supervise everyone on the day; Wally for getting us the key to the gate, and the Waste Management Team at Merton Council for organising collection of all the rubbish on the day.

And I also want to thank my Auntie Sarah for knitting me the warmest hat in the world – I was cosy on a cold February morning! 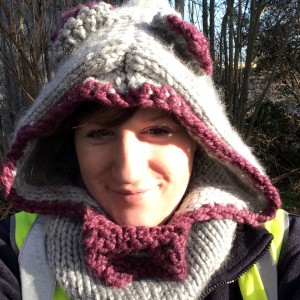 So what did I learn from this month’s cleanup?  When Wandle volunteers find a challenge, it is hard to get them out of the river!