For at least the last couple of years, our January cleanup has regularly brought us back to Mapleton Road in Wandsworth.  And so it was for the first cleanup of 2009 – getting the habitat clean and bright for this year’s Trout in the Classroom release (and hopefully some TV cameras too).

Theo and Erica took the opportunity to introduce our new Development Officer, Dr Bella Davies, to our volunteers – including Mark and Nick, the boys from Project Dirt. 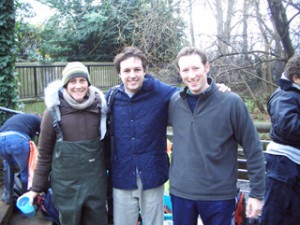 Thanks to Maggie at Mantle Court, we were able to get into the river below Mapleton Road bridge… 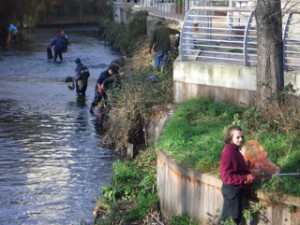 … and when this stretch proved surprisingly free of heavy debris, we rose to the challenge of the catwalks and concrete channels of “Off’s Beat”, behind the Big Yellow storage centre a hundred yards upstream: 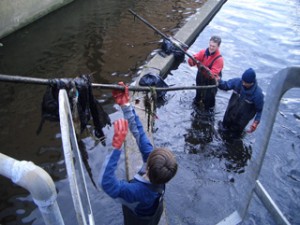 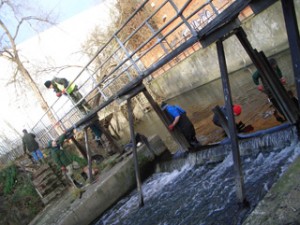 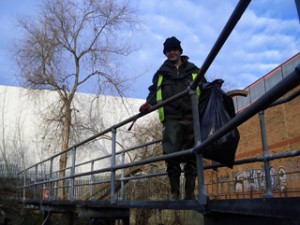 Wandsworth Council arrived early to deal with the mass of rubbish we’d collected, some of it to be recycled for the first time… 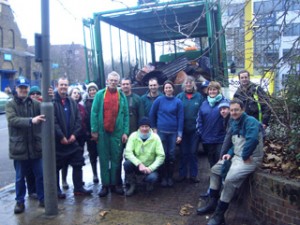 … before we all retired for a well-earned drink at the Old Sergeant on Garratt Lane. 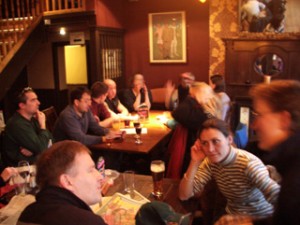