The one with the Big Freeze and all the tyres

We know it’s probably tempting fate to say it… but as our regular volunteers can confirm, there’s very little that gets in the way of a Wandle cleanup.

Undeterred by a 30-year-record week of snow and ice, Erica and Nick loaded up the van in Battersea and headed for the arctic wastes of Poulter Park in Sutton, where we lined up the barrows by the water, and started pulling stuff out. 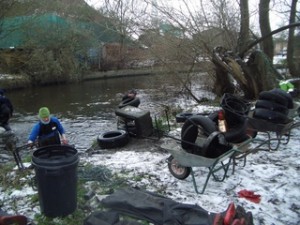 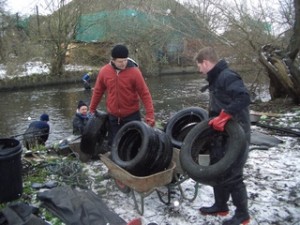 And there was lots of it, including the heaviest concentration of tyres we’ve ever found at a single cleanup… 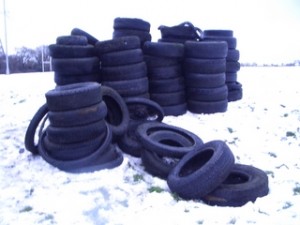 … as well as several car seats and other random bits of motor vehicle (we’re saying nothing about the proximity of various repair and scrappage businesses in this area – just drawing our own conclusions and wondering if they’d like to help sponsor some of our future community cleanups?) 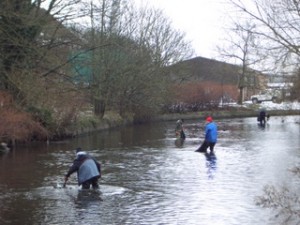 With no more than 4 or 5 volunteers in the water at any one time, the flow of rubbish was still strong enough to keep the barrows shuttling busily along the banks, and Peter led the charge up the snowy slope to the playing fields where Sutton Council would collect it all for us: 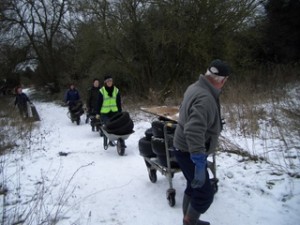 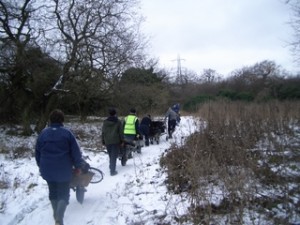 As usual, there were lighter moments too: surreal signs, strangely seasonal toys, and even a golf trolley for Jason! 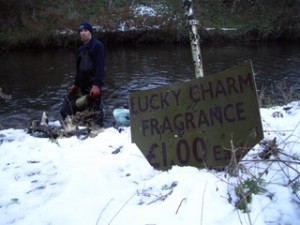 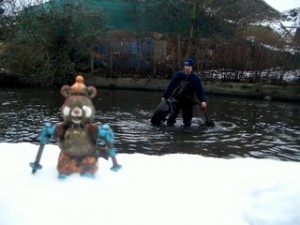 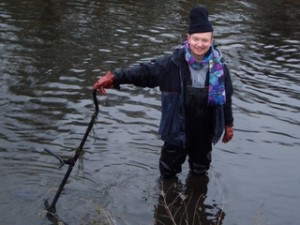 Finally, with dusk falling and sleet in the air, we stopped for a team photo and another warming cuppa, and reluctantly called it a day… 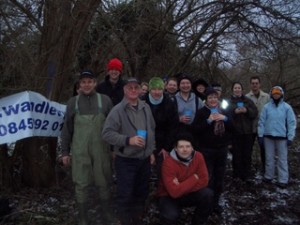 … but not before counting what we’d pulled out of the river: 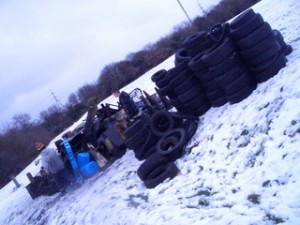