The one with (and then without) the contact lens…

What a difference a year makes! When we visited Sutton’s Poulter Park in January 2010, it was an ‘arctic waste’ and the volunteers were wearing so many layers that it looked more like a Michelin Man lookalike competition than a community clean-up.

Yet, come January 2011, the weather could hardly have been more different. We gathered under clear blue skies as the sun put a distinct feeling of warmth in the air. 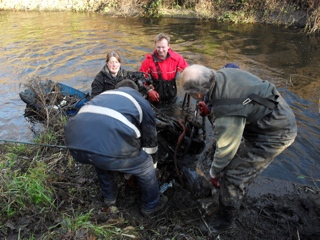 Sadly, what hadn’t changed in the last 12 months was the amount of junk in the river. Within minutes of the group striking off down the Wandle Trail and taking to the water, loads of stuff was coming out – and some very big pieces, too. One lamp-post took two people to carry it, while a section of fencing was so big that it took four people – and a break for lunch – to get it back to the collection point. 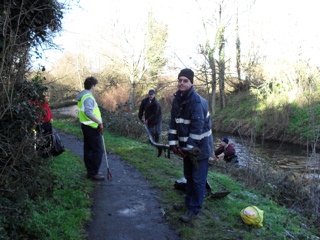 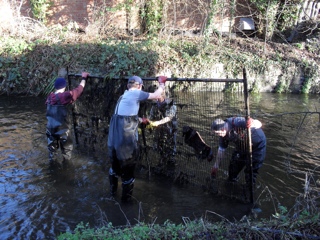 That much is nothing new, it’s true. But, we can rightly claim that January 2011 was when the Wandle Trust introduced a new word to the English language. One of our volunteers was feeling around on the bed of the river when she came across something that was both springy and boingy. Inevitably, the word ‘sproingy’ was christened…

Also deserving a special word were the tireless barrow boys (and girls), who were running almost non-stop up and down the Trail to and from the collection point. But, real praise must go to the one person who worked out how to get a loaded barrow through the gate without having to manhandle the contents over the fence from one barrow to another. 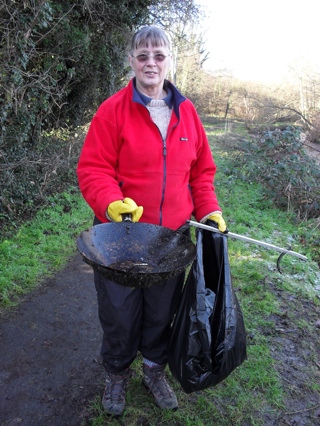 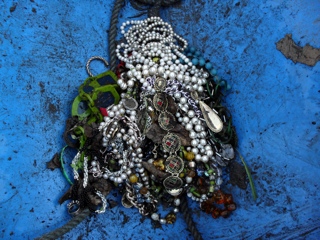 Throughout the morning, the river and the bank were a hive of activity, and there was only one delay in proceedings: when Jason, while evading a particularly aggressive piece of vegetation, unfortunately flicked his head with enough force to dislodge a contact lens. It dropped onto the bank and, despite the best efforts of half a dozen volunteers, was never to be seen again. 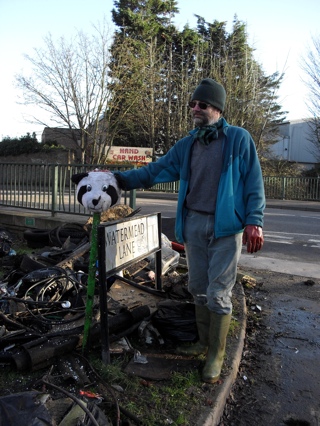 Nevertheless, by lunchtime, this teamwork had produced an impressive pile of junk. And, as the local scrap merchants dived into that pile for precious metal, so our volunteers dived into the delicious rock cakes, carrot cakes and spicy tomato soup generously supplied by Jo. 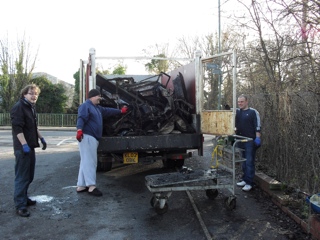 With the volunteers suitably fortified, the afternoon’s campaign followed the principle of ‘Divide and Conquer’. The volunteers split into various groups, all attacking different points of the river, and all with great success. 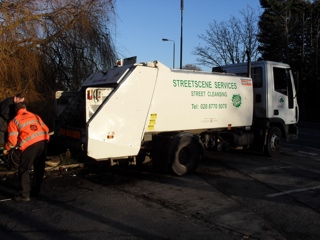 When Sutton Council came to pick up the resulting heap of junk, their two-tonne truck wasn’t up to the task, and had to leave loads to be collected on the following day. Still, that was hardly a surprise, as the pile included… 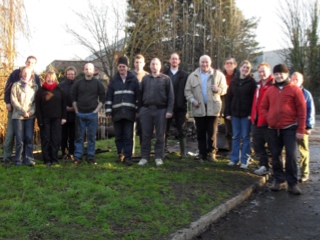