The one with the teaspoons and the torpedo

On an unexpectedly dry day for the time of year, but with the temperature nudging down to a chilly 4 degrees, 41 volunteers returned to Weir Road to tackle the next 100 metres or so of river upstream from where we left off in November last year.

Almost immediately some of the guys found a scaffolding pole, the removal of which was made slightly more awkward by the fact that it was bent and embedded in the silt.

This was just the first of an astonishing 60 scaffolding poles all told – and removing them all would take most of the day: 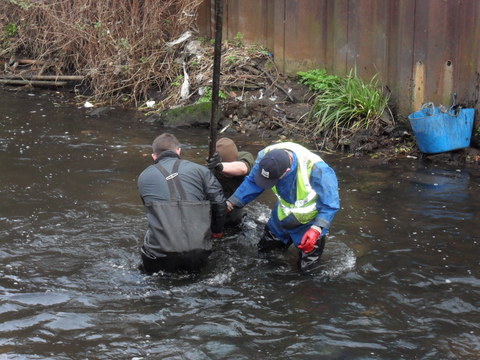 We also soon discovered that we had to remember to up-end them on the bank in order for any eels which had taken up residence to slide out and back into the water!

To break the monotony of removing scaffolding poles, Andy found an old bicycle… 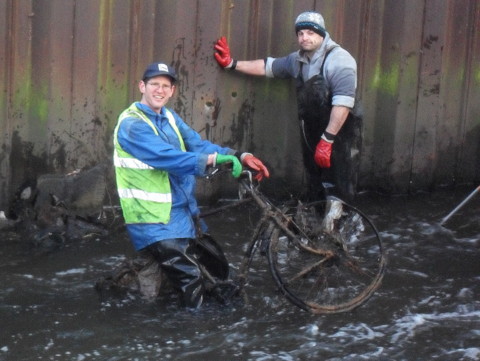 … while Toby, Robin and AJ managed to lift up a cast iron pipe… 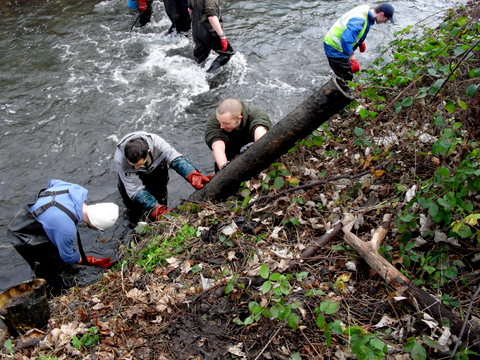 … and land based volunteers, under Theo’s watchful supervising eye, ran to get ropes to haul it up the bank to the dumpsite: 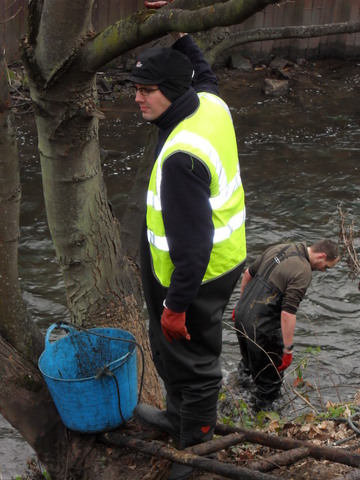 Further along the Wandle Trail, lots of our other volunteers were doing some very worthwhile litter picking, and one of them came across a plastic bag containing 16 teaspoons, a silver salver and a ladle! 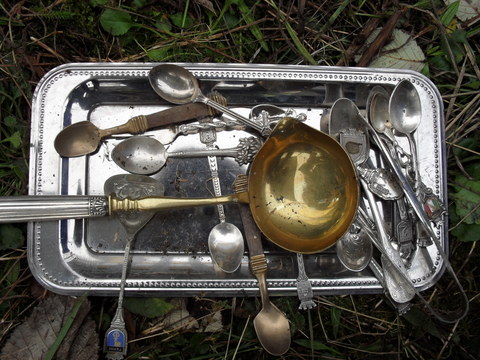 When one o’clock rolled around, we were glad to thaw out with mugs of hot tomato soup, grabbing slices of French bread to dunk in it, and to wrap our cold hands around cups of tea and coffee.  Two lemon sour cream cakes produced by Sally, as well as a couple of fruit loaves and a tray of date and raisin flapjacks brought along by Sue Bailey, were soon demolished!

During the break, some of us chatted to Jen Pilkington, the new Project Officer of the South East Wales Rivers Trust, who was keen to come and experience a cleanup run by another rivers trust, and had left Cardiff at 6.15am in order to join us.

After lunch we went back to the task in hand and continued to find and remove the rest of the scaffolding poles. Someone mentioned that we had pulled out everything but the kitchen sink, and then, not surprisingly, we found two of them as well – to add to the ever increasing rubbish pile. 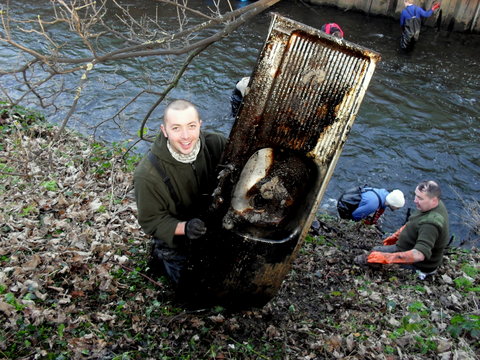 Having packed away all the thermos flasks, Sally decided to keep warm by making a note of all the different types of rubbish in the pile… 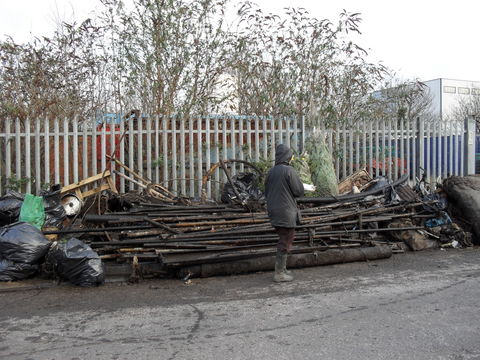 … and not long afterwards Stan from Merton Council’s waste management team arrived to begin the arduous task of removing it all: 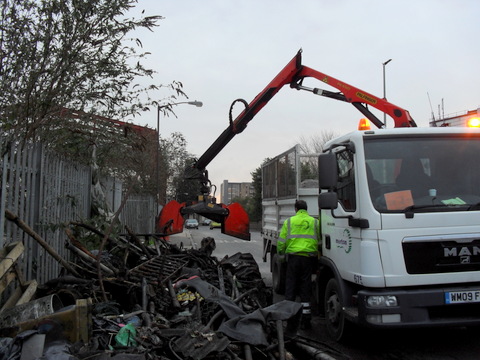 Finally, just when we decided that our hands, feet and noses were freezing, we found and dragged a torpedo-shaped cylinder up the steep bank – the likes of which probably hadn’t been seen in the water since the story of ‘The African Queen’! 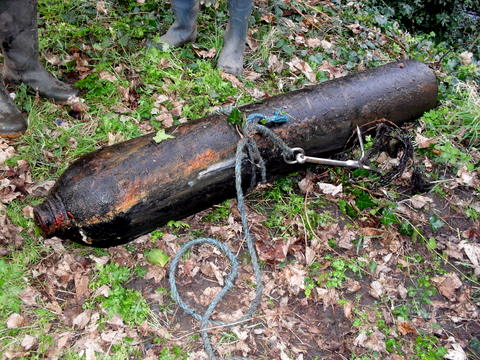 Our thanks to Dave from Merton Council who came and unlocked the gate, making access much easier, to Tony who organised the removal of the rubbish and to Stan who must have done at least 4 runs to collect it all.