The one where we worked so hard we finished early..

Firstly, a Happy New Year to everyone!

For the first cleanup of 2016, we returned to Trewint Street in Earlsfield following reports of fly-tipping in the river. However little did we know that the day before brought a huge downpour of rain, so when we arrived at 10am on Sunday morning, all the rubbish had been washed further downstream. Oh well, off we go!

To start off 2016, I decided to summarise what we had achieved as a group in 2015. In total, we had spent 2241 hours clearing the Wandle covering 6.6 km of the river with 595 volunteers pulling out 33 tonnes of rubbish. Amazing. Below you can see some of the highlights. 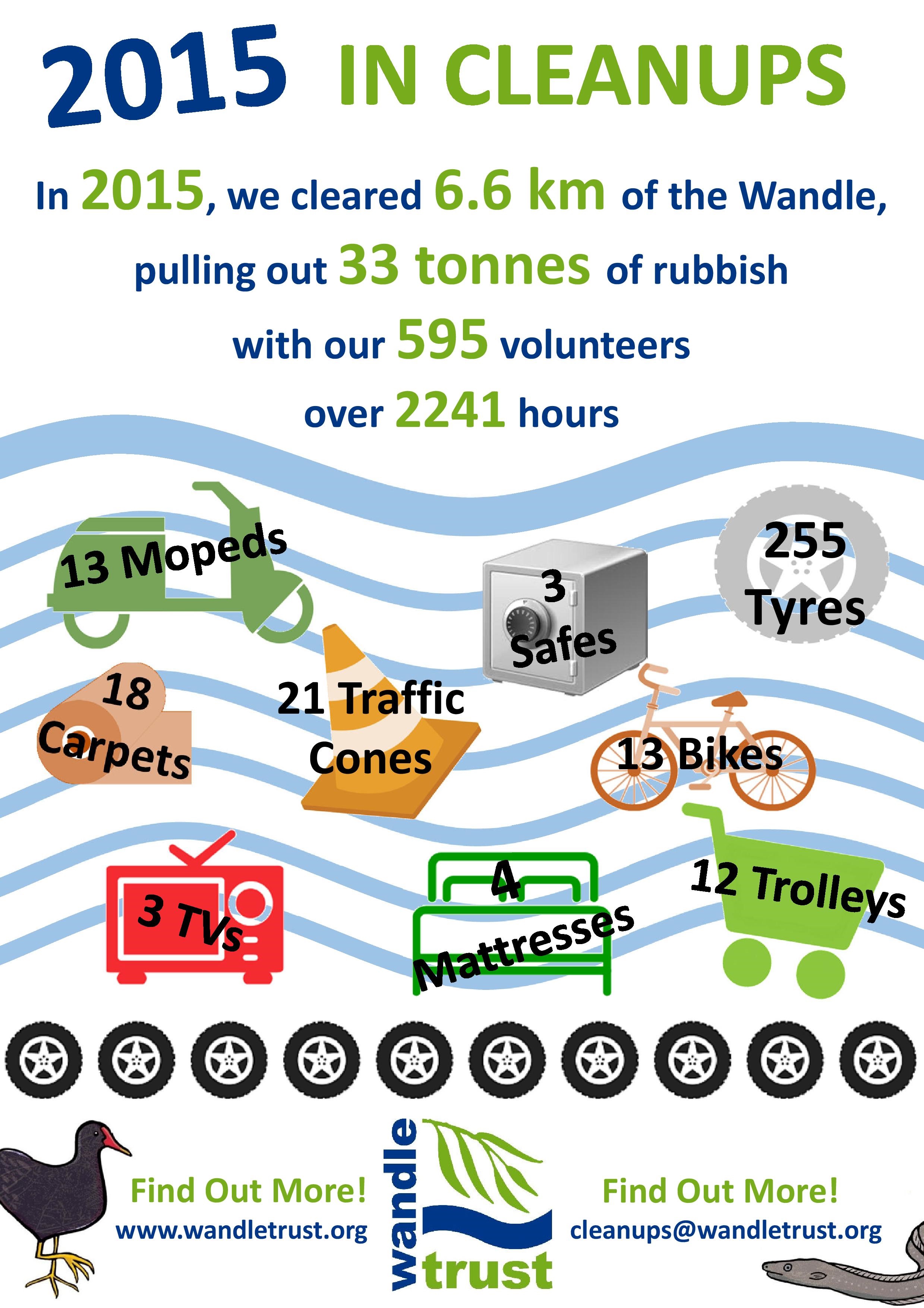 After the inspirational talk, it was time to get started. A team of brave waders climbed over the fence into the Wandle and headed downstream under the Trewint Street bridge. A mattress had been spotted a short wade away and everyone’s sights had been set on dragging this back up the river and hauling it out over the concrete bank. A great warm up, we all thought.. 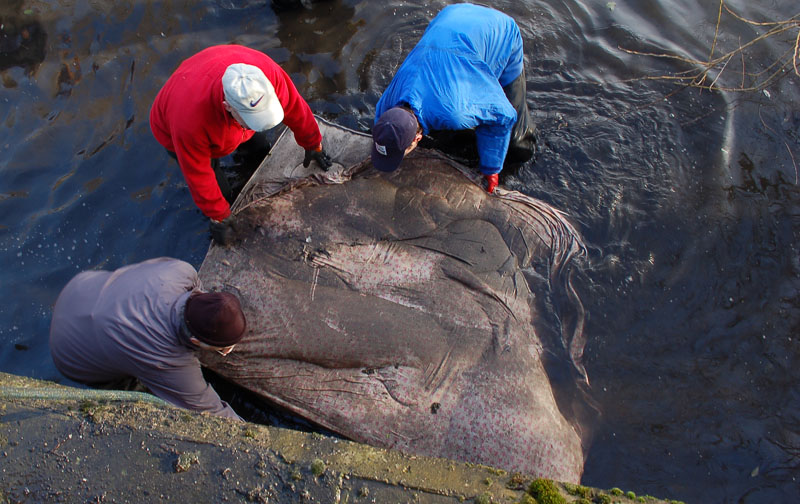 Pulling the mattress may look simple enough but it actually took 6 of us hauling on the grapples and holding the mattress in the air while it drained away some of the water it had soaked up. Getting in on a wheelbarrow and to the rubbish pile was a whole new kettle of fish. 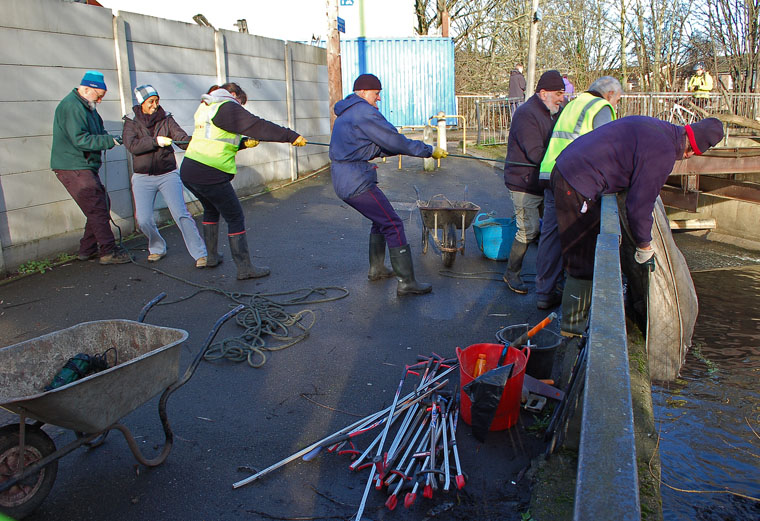 Meanwhile, litter pickers had discovered the large pile of fly-tipping further down the Wandle Trail. This pile has been kindly re-stocked for every cleanup to date, but a team got stuck in and shifted all sorts to the rubbish pile including water barrels, flooring, fencing, garden furniture and a TV. 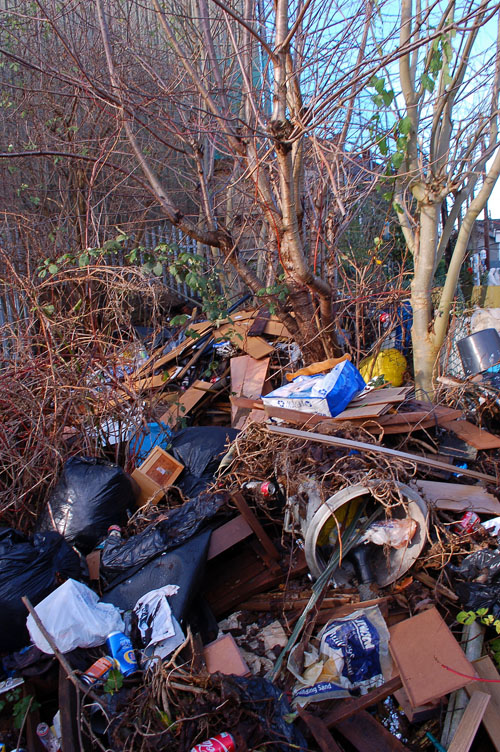 As the day continued, the rubbish pile got bigger and bigger. Theo cleared the newly installed fish pass which had caught some branches in the recent high flows on the river. Without getting wet, he managed to remove the branches using the grappling hook, much like one of those grabber arcade games except there was no adorable cuddly toy prize at the end, before clambering down the ladder to dislodge the biggest branches by hand. 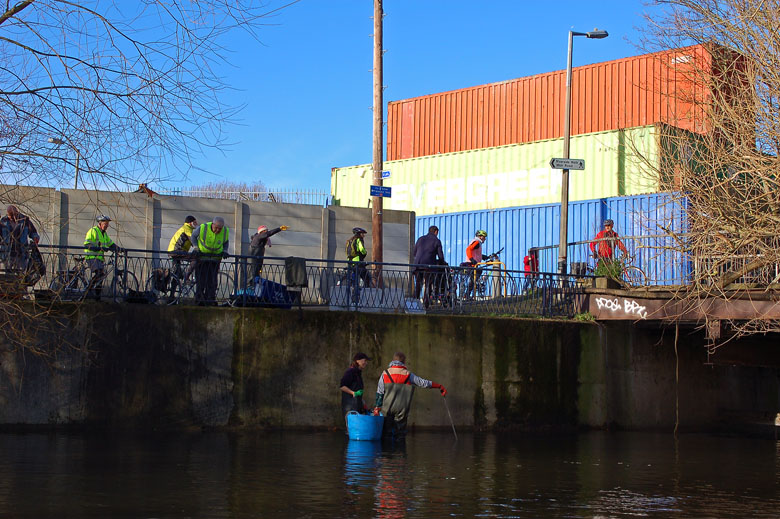 We stopped slightly early for lunch as we were all pretty cold and in need of a cup of tea. Sally Ann, Jackie and Ann had made some delicious cakes for us all which disappeared in no time. Before we got started again, we had a mini team meeting to work out what to do. The waders had cleared downstream of the bridge leaving only the upstream route which was known to be full of silt. Bravely, the waders got back in and headed towards Plough Lane. 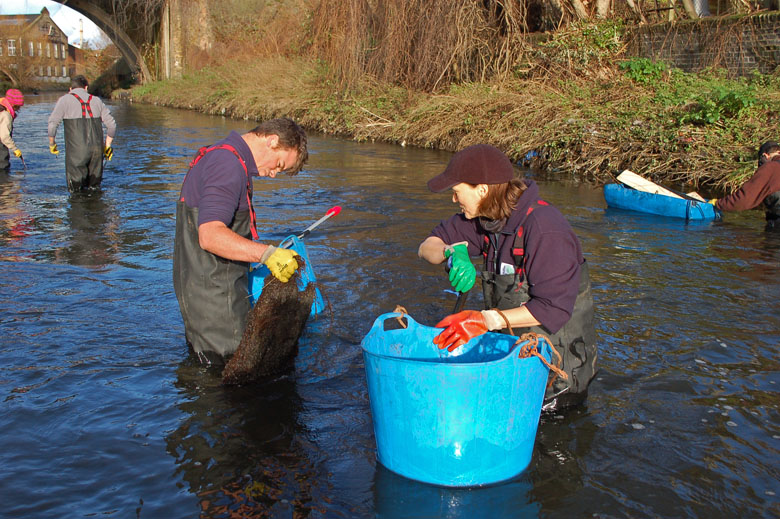 Within 20 m, they were out again! The river was too deep and waders only reach so far up. So instead we all walked along the Wandle Trail looking for motorbikes from the banks. For once, we couldn’t see any!

Having already removed a huge pile of rubbish we decided to finish slightly early. We packed up the van and all headed home for a much needed warm shower.

Next month our cleanup falls on Valentine’s Day – so why not bring along a date! Who wants flowers and chocolates when you can wade in the Wandle and find yourself the perfect gift… 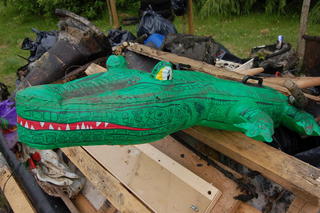 Huge thanks to Thames Water for funding the event, everyone who helped unpack and pack up the van during the event, Ann, Jackie and Sally Ann for catering for our volunteers, Wally & Theo for supervising with me and Rosie for supervising the Event Tent, and the Waste Management Team at Wandsworth Council for organising collection of all the rubbish the next day.

So what did I learn from this month’s cleanup?   That there is a very good reason why I bring the bag of spare clothes every month… 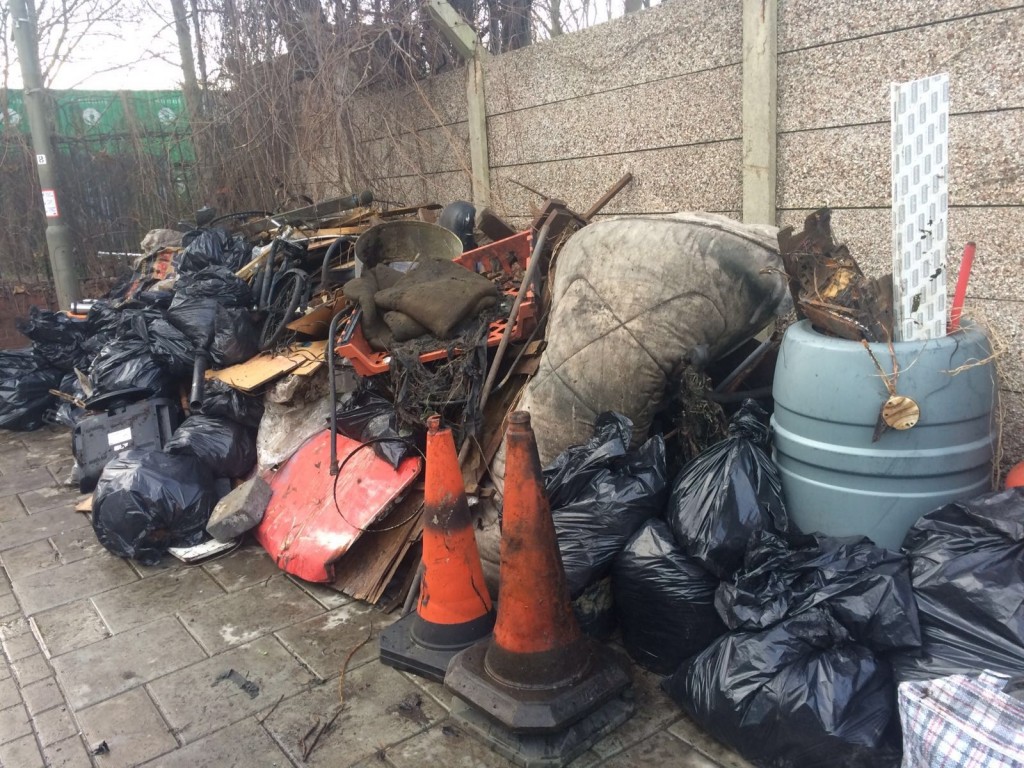