All the work at this stretch alongside King George’s Park in Wandsworth was in the river.  Ropes were used to allow safe access and a chain gang was formed to carry the rubbish back to the water entry point. 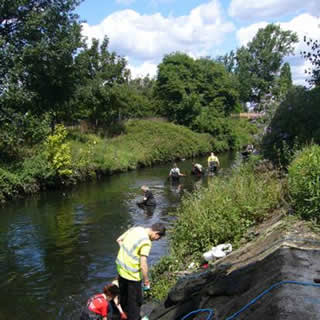 Rich pickings were found in the silt, which naturally included a shopping trolley! 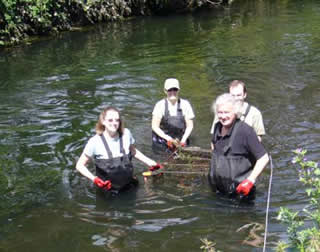 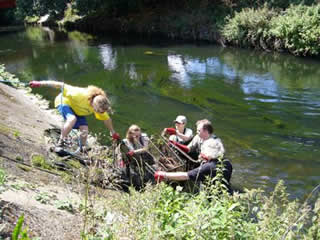 It was hard work getting the larger items, including this car seat, out of the water. 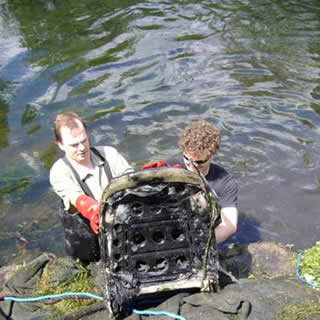 After we had loaded up the refuse truck, all our hard work was rewarded with a picnic in the park.  Many thanks to Erica and Sally for organising it, and to them, Nick and Niki for all the yummy food.  (And thanks to our friends at Carshalton Lavender for the loan of their gazebo!)