For this cleanup we focused our efforts on the river either side of the footbridge running from Lydden Road to King George’s Park in Wandsworth.  This built on the good work done last July slightly further downstream. 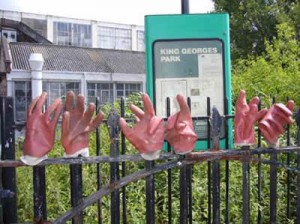 The majority of the work was in the river with support provided by people on the banks hauling the rubbish around to the dumping site.  Some items, such as this tyre, took considerable effort to release them from the river bed. 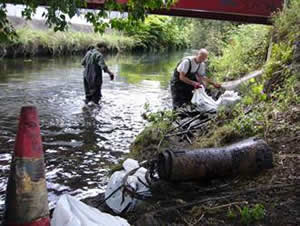 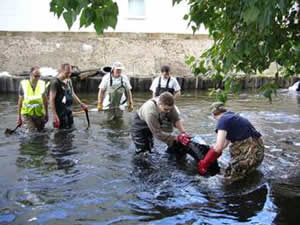 We were well organised having time for a quick photo before loading up the council’s refuse truck (we did miss Twizzle though who was out on another job!).

We then had our annual summer picnic in the park.  Many thanks to Erica, Jo, Sally and Jane for organising and for all the yummy food.  We were also delighted to meet Megan McGill, the first Wandle Trust baby, born on 24 June to Gwen and Alan who first met at a cleanup. 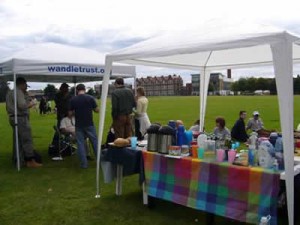