The one with the tropical heatwave

With the cold weather of our first three cleanups this year a distant memory, summer announced its arrival with a mercury-busting 30 degrees Celsius on the temperature gauge.  Although the sun’s rays beat fiercely down, this didn’t dissuade the 19 volunteers who came along to Beddington Park ready to work as a mobile ‘trash and bash squad’! 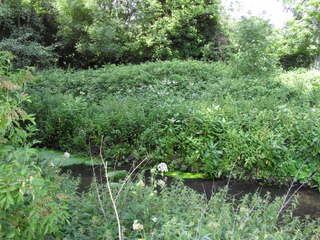 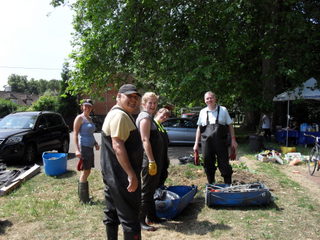 Dividing our numbers roughly in half, a small group walked up to Richmond Green, to inspect the banks for any Himalayan balsam which might have escaped our attention in previous years. Much to our delight there were only a few half dozen small stands amongst the nettles, which were soon pulled up.

The other group, meanwhile, had got into the Wandle by the red brick bridge in the corner of the meadow, and had worked their way round the right angled bend, putting the HB stems into half barrels and trugs and wheelbarrowing them back across the scorched grass to the car park from where Sutton Council would pick it up. 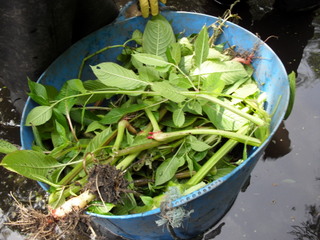 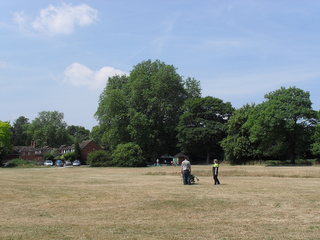 By about one o’clock we were feeling quite scorched ourselves, so were pleased to gather for a break in the shade of the gazebo (itself under one of the larger trees in the park!) 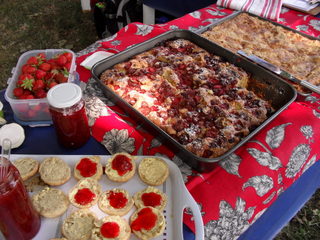 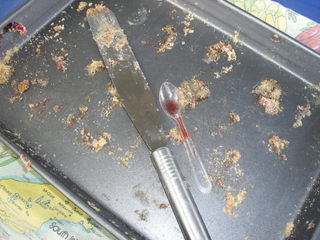 In preparation for our afternoon stint, Sally made sure everyone was smothered in sunscreen and well hydrated, making endless jugs of squash and handing out cups of it to our hot volunteers, although by now, most people, whether in waders or wellies, opted to be in the river as it was several degrees cooler.

We worked our way past the Riverside Animal Centre to just short of the terracotta bridge, where there were lots of local children paddling in the water.  As it was twenty to three by then, we decided that it was an appropriate place to get out.  In the final twenty minutes or so, Jo H sowed some wildflower seeds – wild angelica, sneezewort and yellow iris – in place of the Himalayan balsam that had been removed and watered them in. 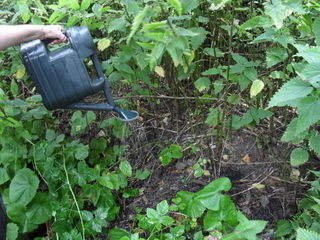 Special thanks to the two Michaels who helped load the van, to Charles who helped unload it and to David from Sutton Council’s waste management team for organising the collection of the rubbish and the Himalayan balsam. 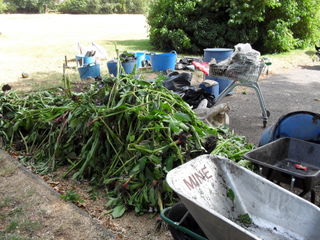