The one with less Himalayan balsam but more rubbish

So far this summer has been good – we’ve had some lovely, long, hot days – and the Sunday of our July cleanup should have been the same bearing mind that last year we nearly expired in the heat!

A few showers threatened, but that didn’t prevent 41 volunteers turning up to bash Himalayan balsam and pick up rubbish from the Wandle in Beddington Park.

Having written an extremely good book on invasive species it was wholly appropriate for Theo to tell everyone about HB, where it came from, how to remove it and to show those who were new to balsam bashing, what the plant looked like. 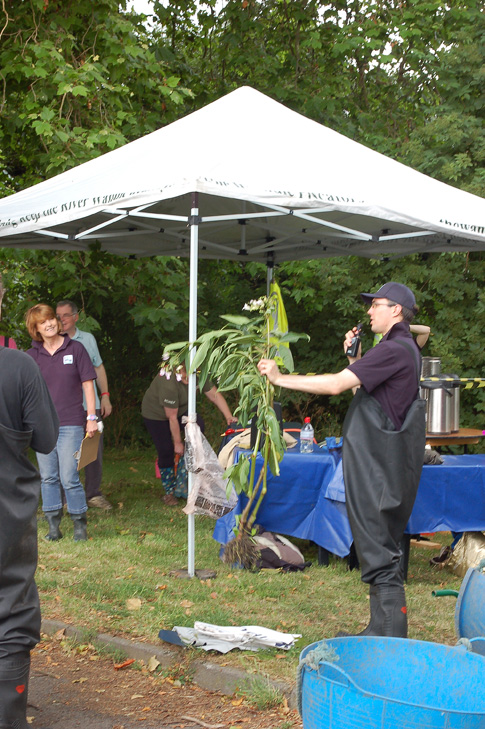 After the mini tutorial, our volunteers, who were already clad in waders, took wheelbarrows and other bits of equipment and trekked across the meadow to the red brick bridge 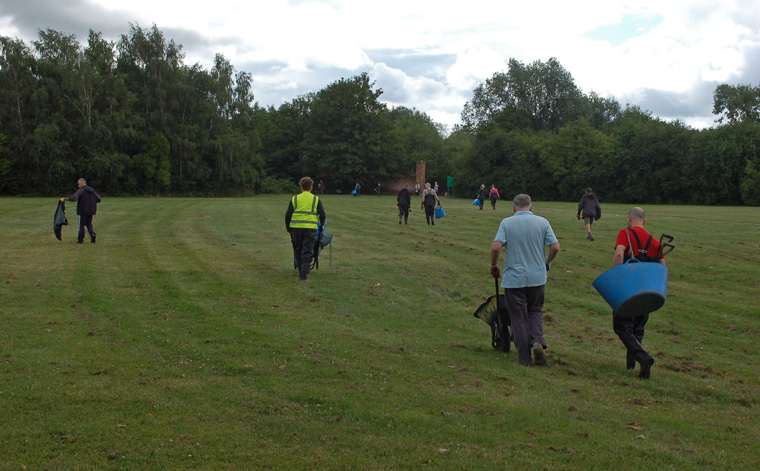 ready to get into the river and get started. 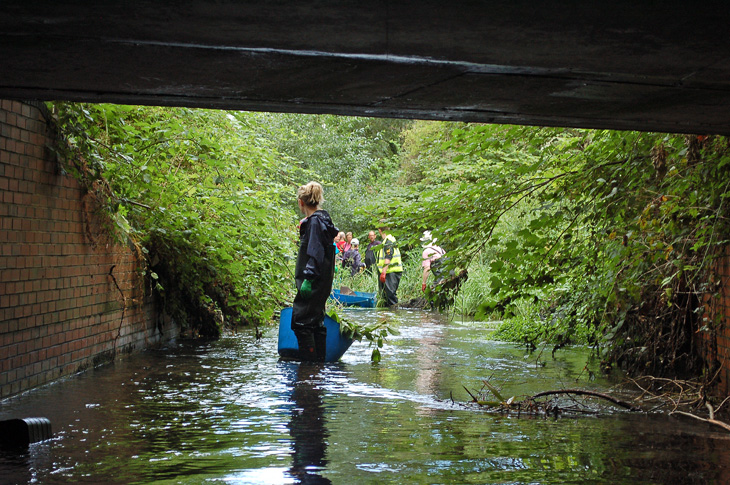 Just to make sure that we had deployed our volunteers to the right location, Theo and I went to Richmond Green, where we started balsam bashing in 2009, to see if there were any ‘stands’ there.

To our enormous delight, there were none – at all!  There were none either on the way down to Guy Road, none in the culvert that runs under Beddington Lane, and none in the first part of the park.  There were a few in the small ‘wetland’ which Theo got rid of, but the remainder were located on the right angled stretch where we’d sent our volunteers.

As well pulling up all the HB, there was rubbish to collect too, but not before the skeleton of some curious creature was spotted under the surface of the water! 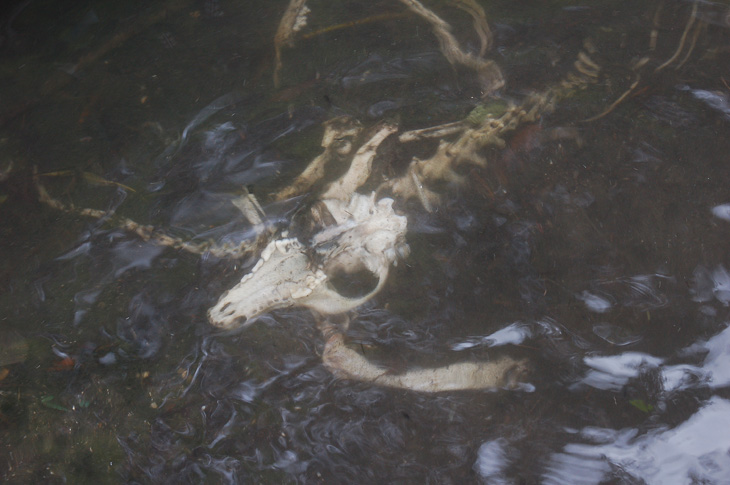 There was a quick but heavy shower fairly early on and Tim, AJ, Helen and others huddled under some overhanging branches to take shelter. 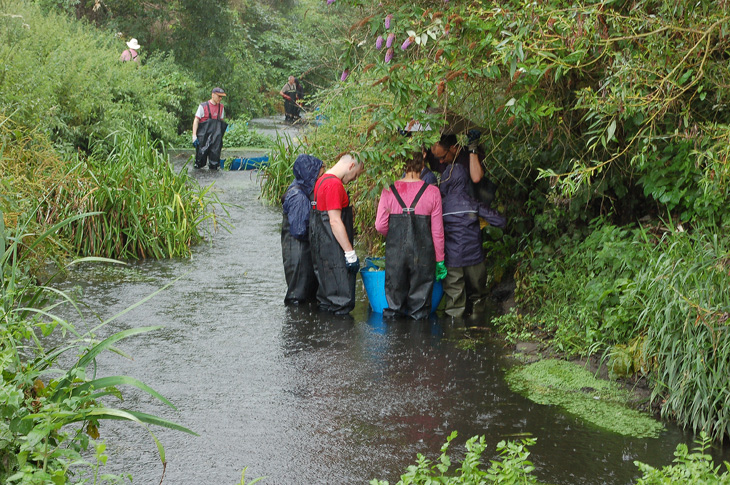 After the shower blew over, our hardy volunteers resumed their balsam removal. 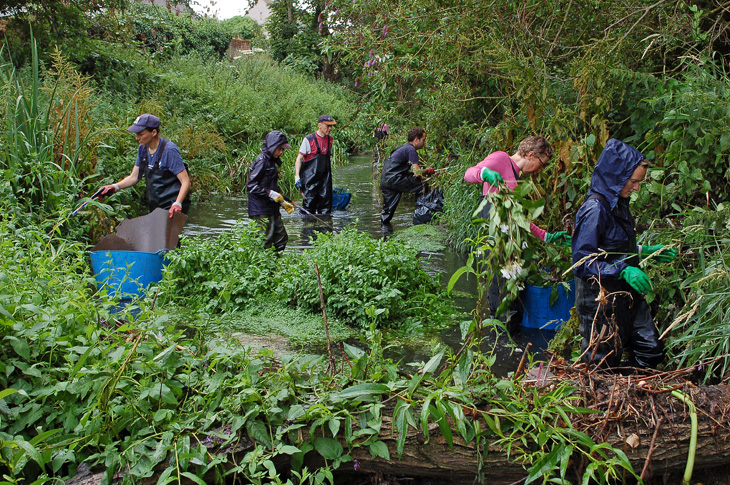 For such a short stretch of river, there were an astonishing 8 shopping trolleys found – all branded ASDA as Roger pointed out to Jason: 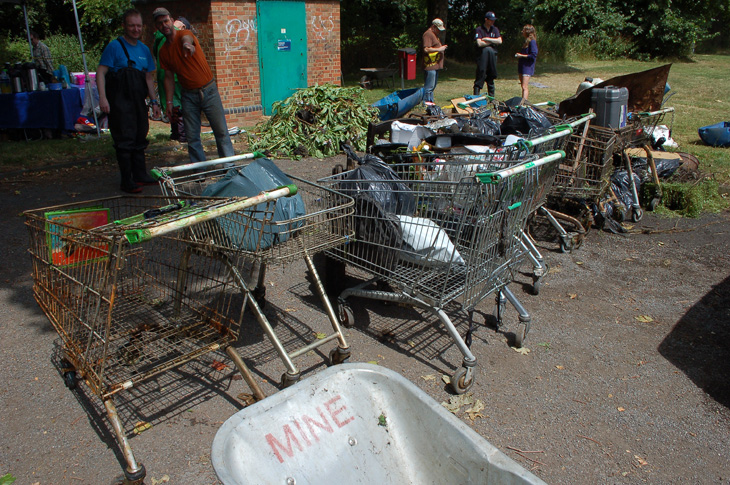 and brought back to the dumpsite located in the corner of the car park.  Nick wheeled this one in a barrow accompanied by Jonathan, Jez and Bella. 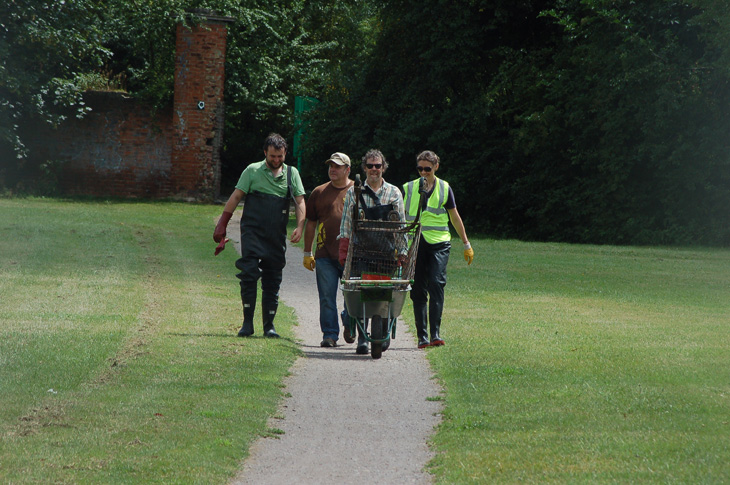 We decided work was over for the day by 1.30 as Sally and Jana called us to say that they were ready to serve up the picnic.  We have one annually as a way of saying thank you to our wonderful volunteers who turn out in all weathers and who work so hard to rid the Wandle of both rubbish and HB.

Jana had made some delicious plaited loaves: 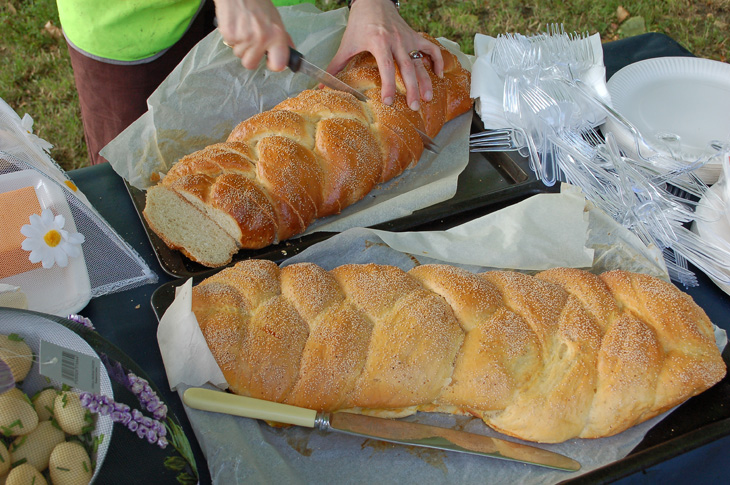 Sally produced rice and pasta salads as well as the usual green leaf varieties, and we rounded everything off with cake and strawberries and cream.  Wow!  Huge thanks to them both for all the delicious food 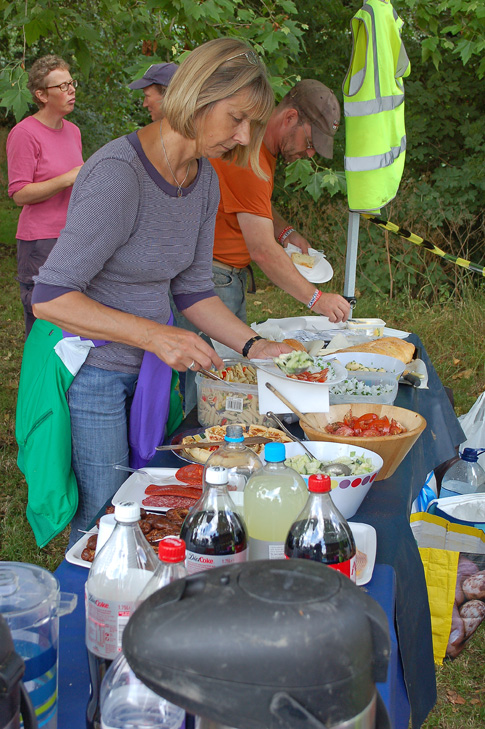 which we enjoyed whilst sitting on the grass in the sunshine. 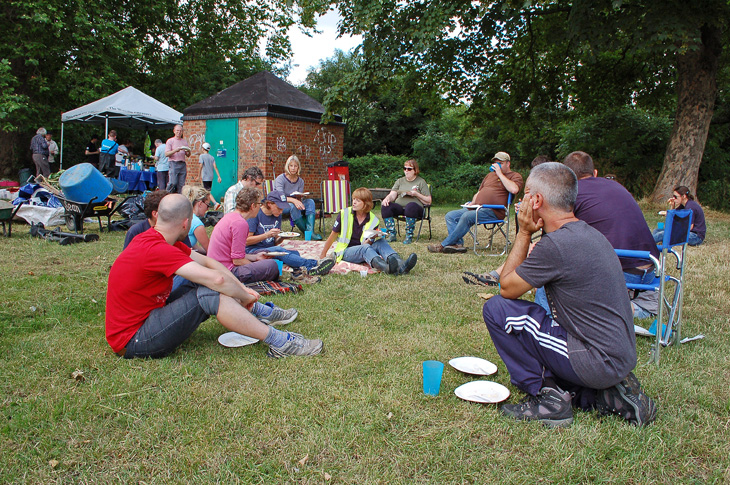 Our thanks to David of Sutton’s Waste Management Team for organising collection of all the rubbish and the HB.

Huge thanks to Gideon and AJ who loaded up and unloaded the van, even though they got stuck in horrendous traffic in Colliers Wood on the way back to the garage. 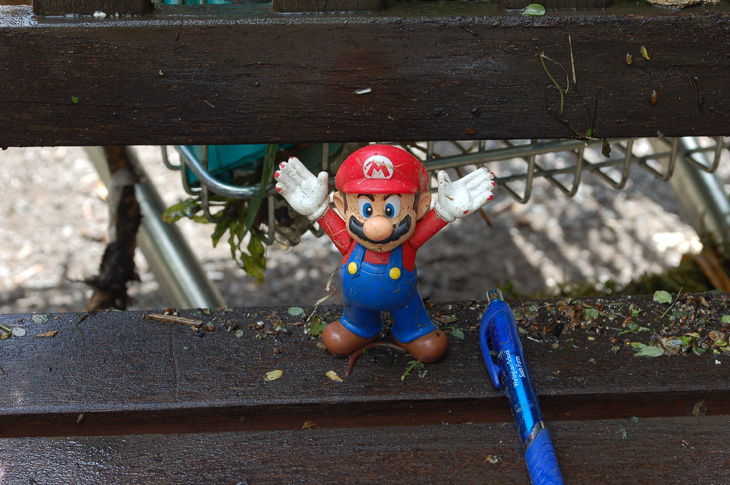