The one with the dodo

Over the last couple of years, I’ve got quicker at packing the van and better at navigating the Wandle Valley and as a result I have started arriving to the cleanups earlier than usual. When I arrive, or not soon after, there have been people slowly arriving. However the morning of this cleanup, no one was there.

And no one appeared until 10:50 – by which point I was experiencing a meltdown, checking I had sent the email, and that I wasn’t in the wrong place!

But in that 10 minutes, everyone appeared and we got started as usual. Phew!!

The event was funded through the Living Wandle Landscape Partnership, a HLF funded scheme all about reconnecting people with the River Wandle. This time, we were even joined by Louise, a team member from the Living Wandle crew!

After the Health & Safety briefing, we got stuck in. 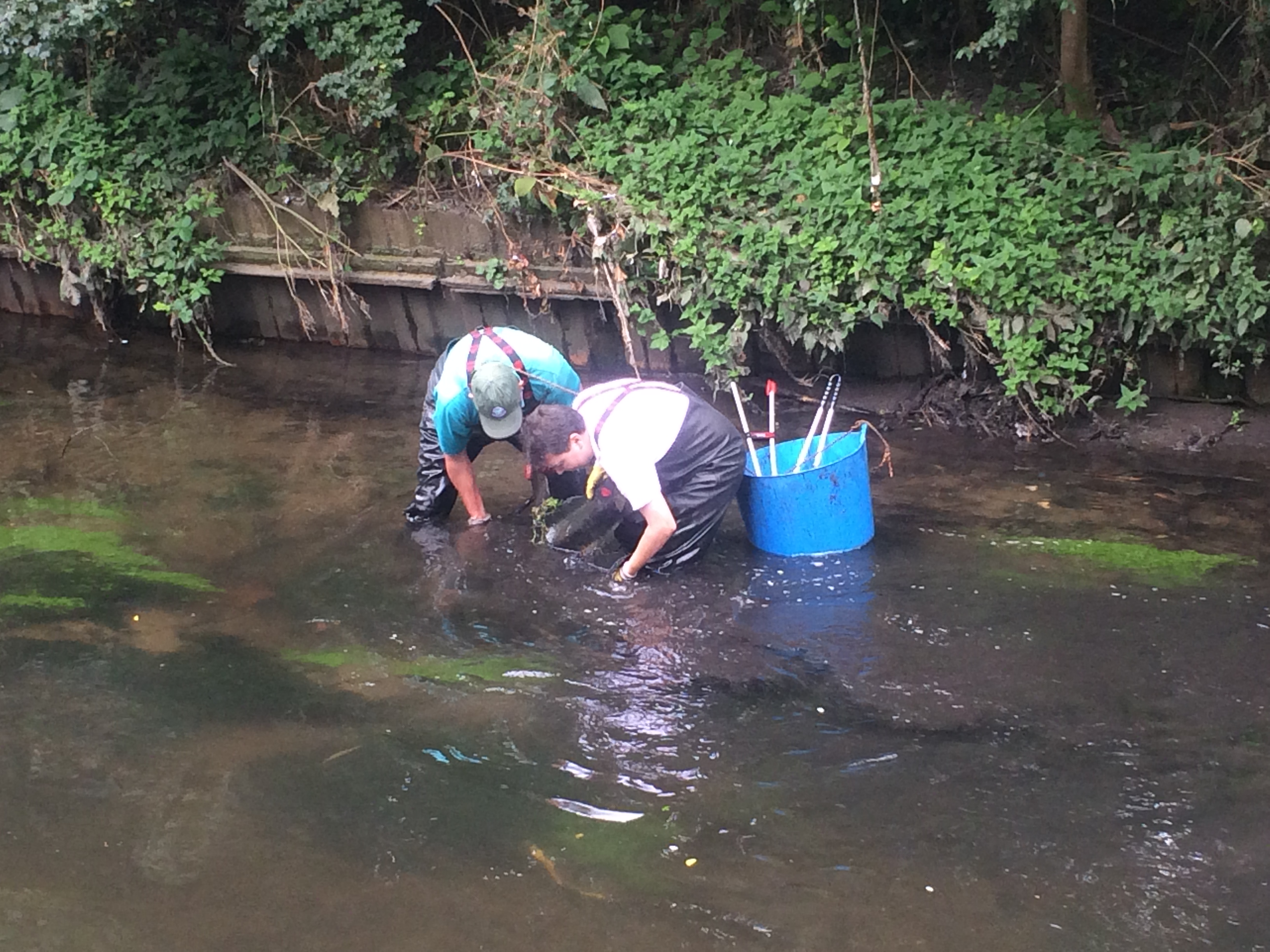 Firstly our wading team got into the river and headed downstream to Plough Lane Bridge. This small section is often missed on our usual cleanups as it has difficult access for bank support to heave the rubbish up and the waders have to go back on themselves to reach it.

However, it clearly needed some attention! The small stretch was full of rubbish, some of it buried in the silt and some new fresh items which might have been washed down in the recent high flows. Either way, trug after trug were filled with Theo and myself heaving them up the concrete side.

It didn’t take long until I was presented with my first gift from the cleanup – my Wandle slipper. It didn’t fit, which I suppose makes me the ugly sister, but I asked everyone to keep an eye out for Prince Charming just in case. 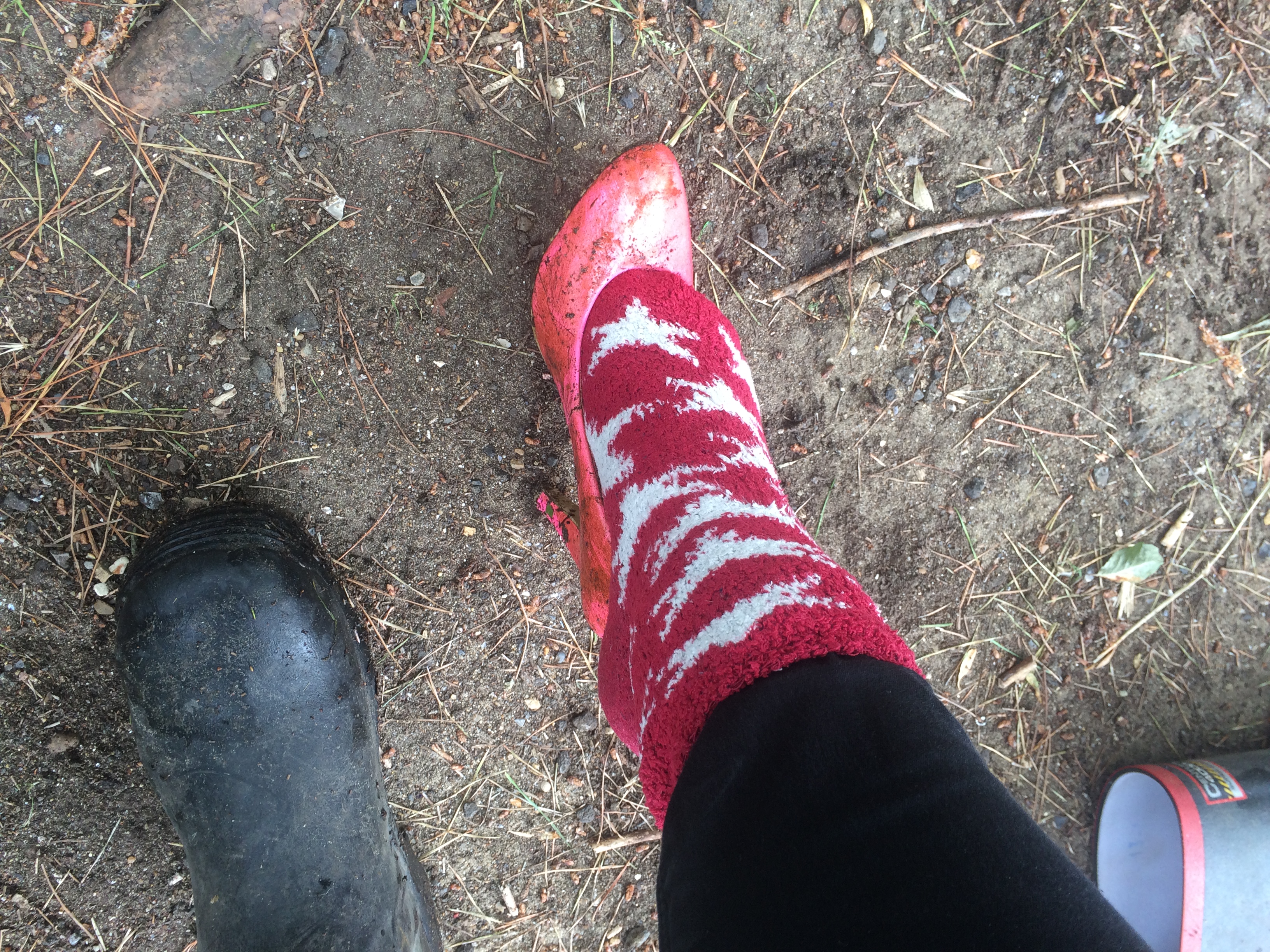 One thing we were seeing a lot of were car carpets, we must have pulled out one in every trug load. On top of this, full carpets were being found, and duvets, all of which were extremely heavy having soaked up Wandle water and silt. A great work out for the arms, who needs a gym? 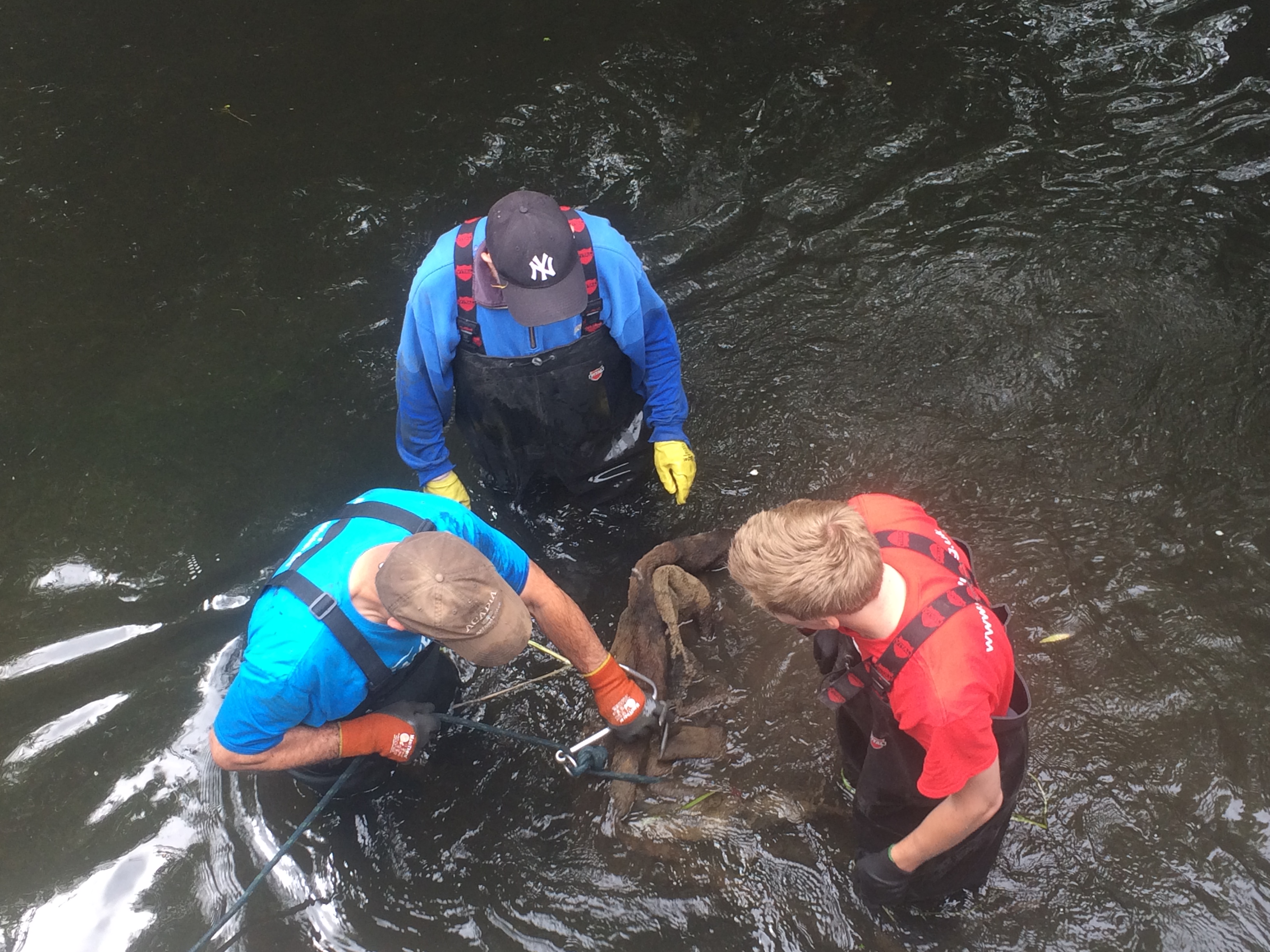 Just before lunch we even encountered a rare creature, believed to have been extinct for many years now – the dodo. This fella was discovered in the Wandle! Time to update those species records… 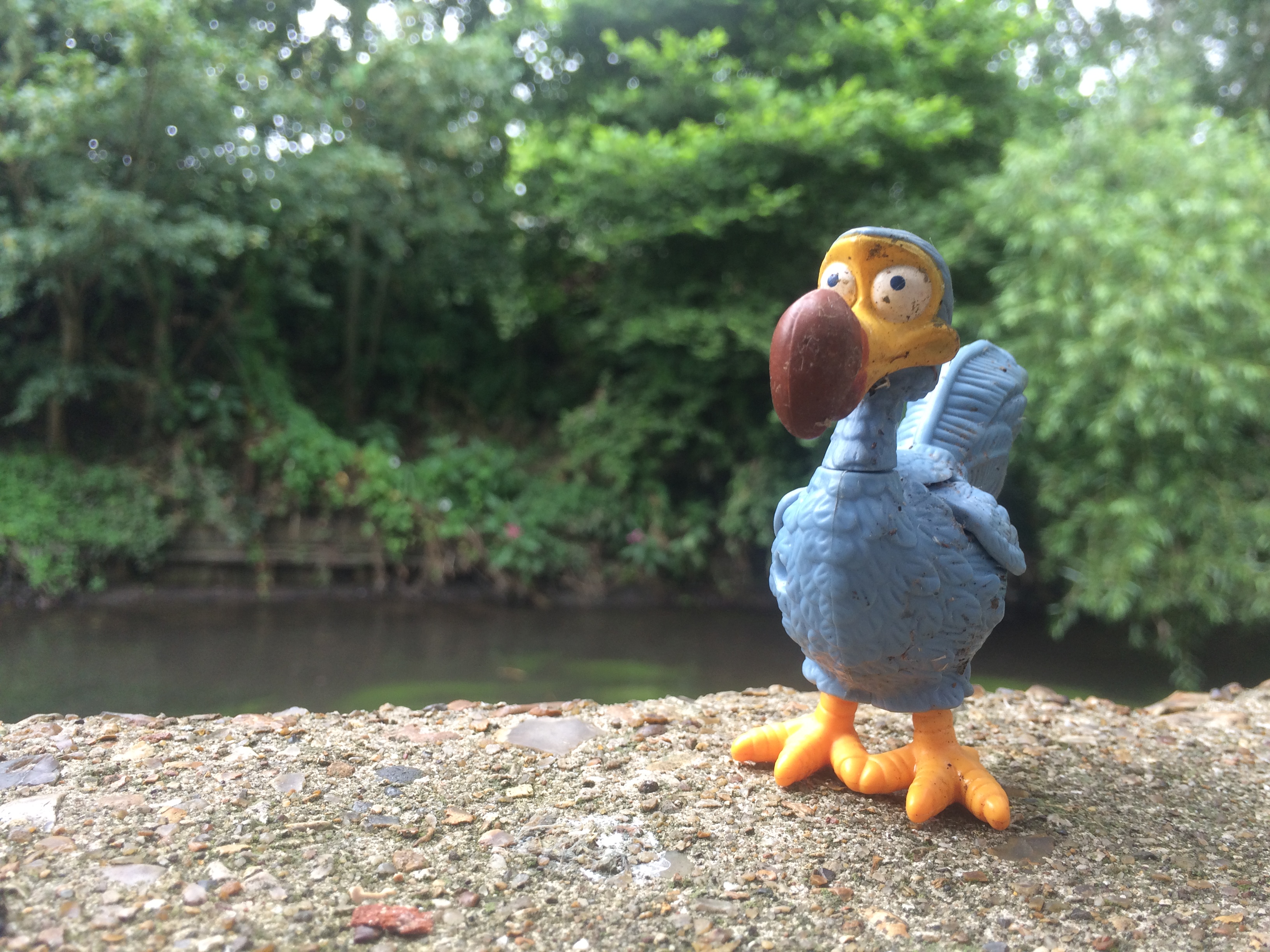 It was soon lunchtime and we were all thankful for the break. As we drank our tea and ate our cake, we started discussing plans for the washing machine we had found earlier that morning. It was heavy and was at the difficult end of the site with a concrete bank between it and the rubbish pile. So we hatched a plan. 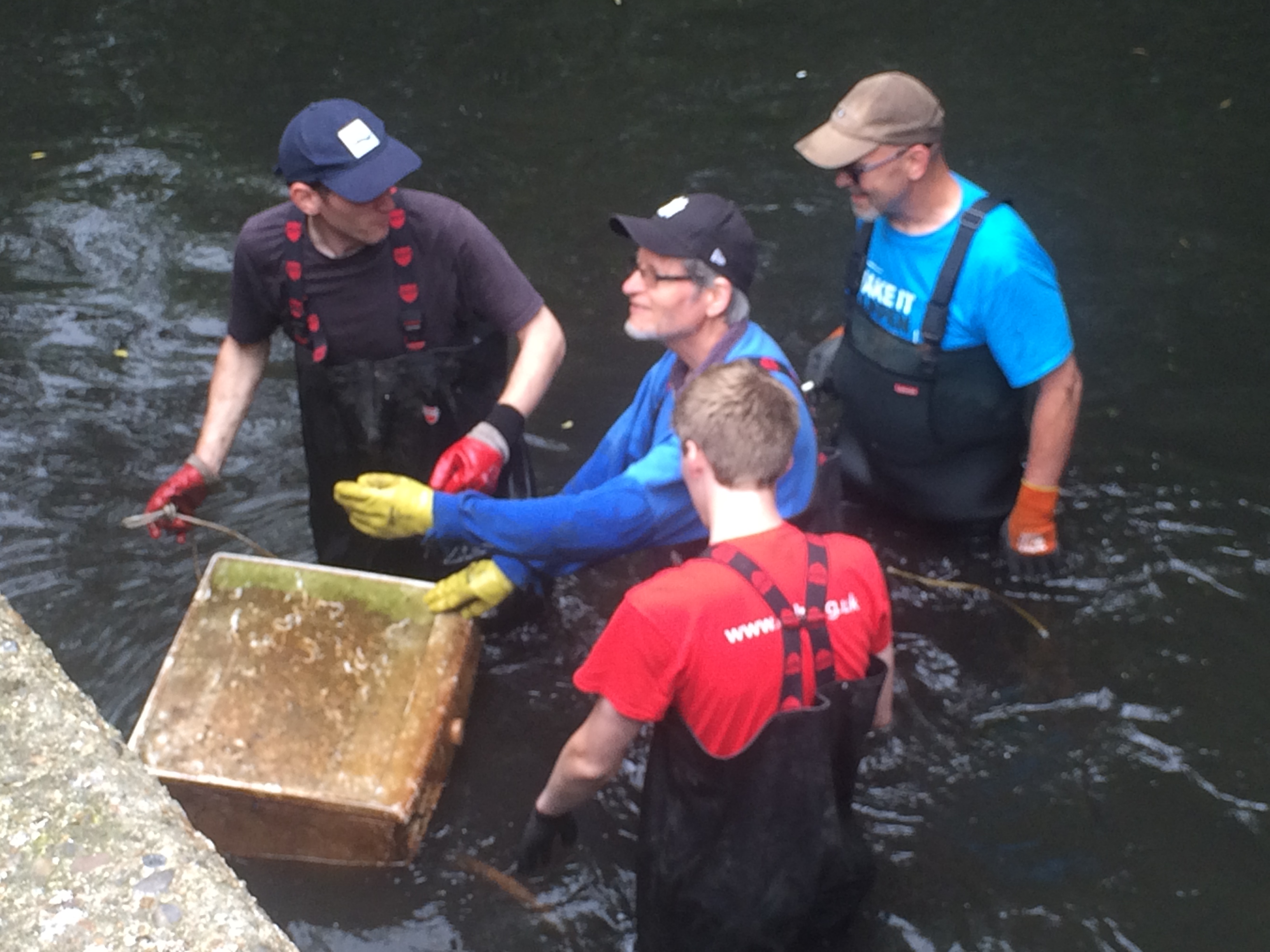 Once lunch was over, Andy, Phil, Guy and Ed got back in the river and attached the grapple ropes to the washing machine. Everyone else, and I mean everyone else, gathered on the bank with the ropes and pulled like a well-oiled pulley machine. 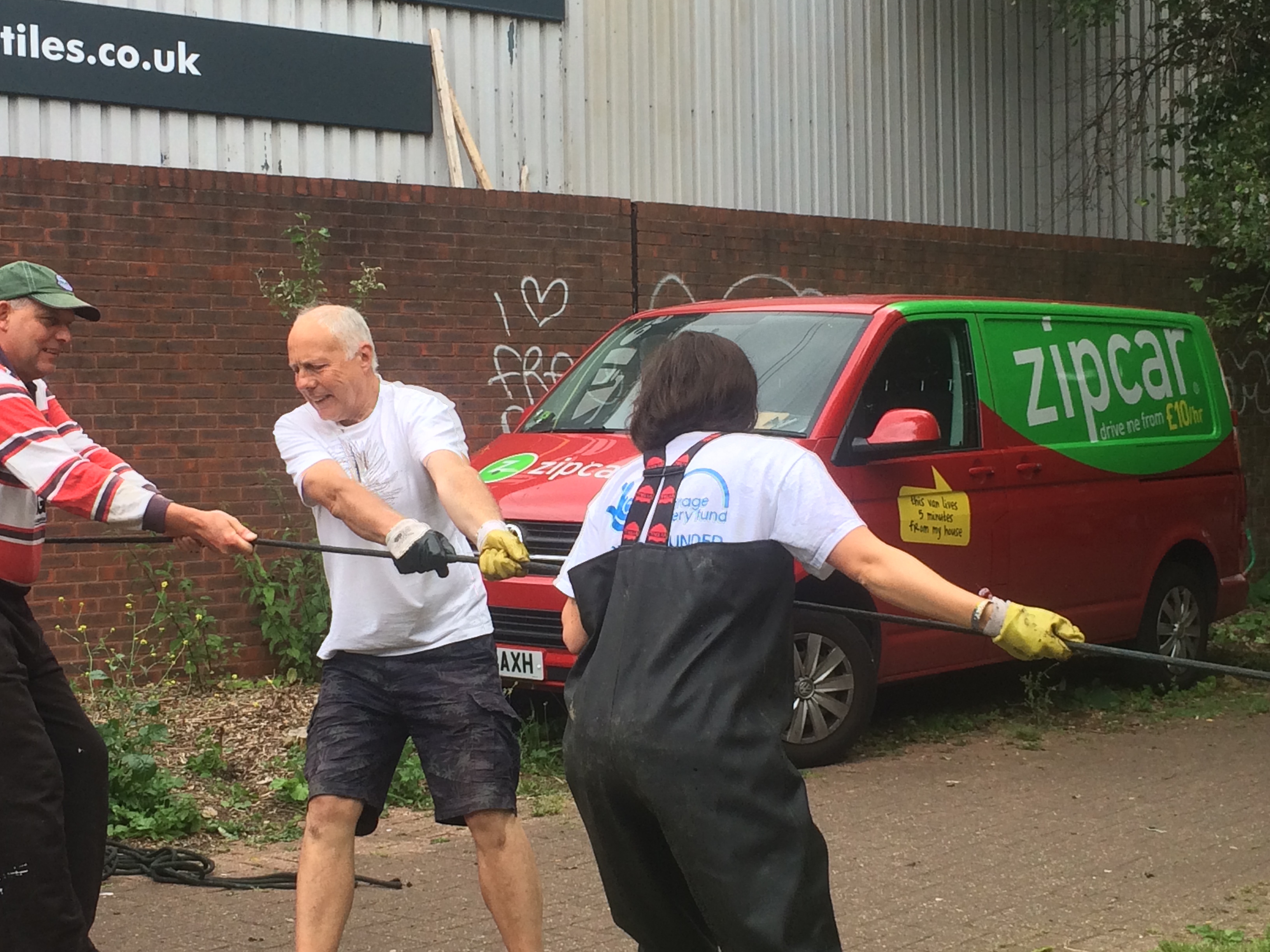 We got the washing machine to the top of the bank, but it became stuck under the concrete ledge. Luckily a final injection of muscle allowed us to lift it up and over and drag it to the rubbish pile. 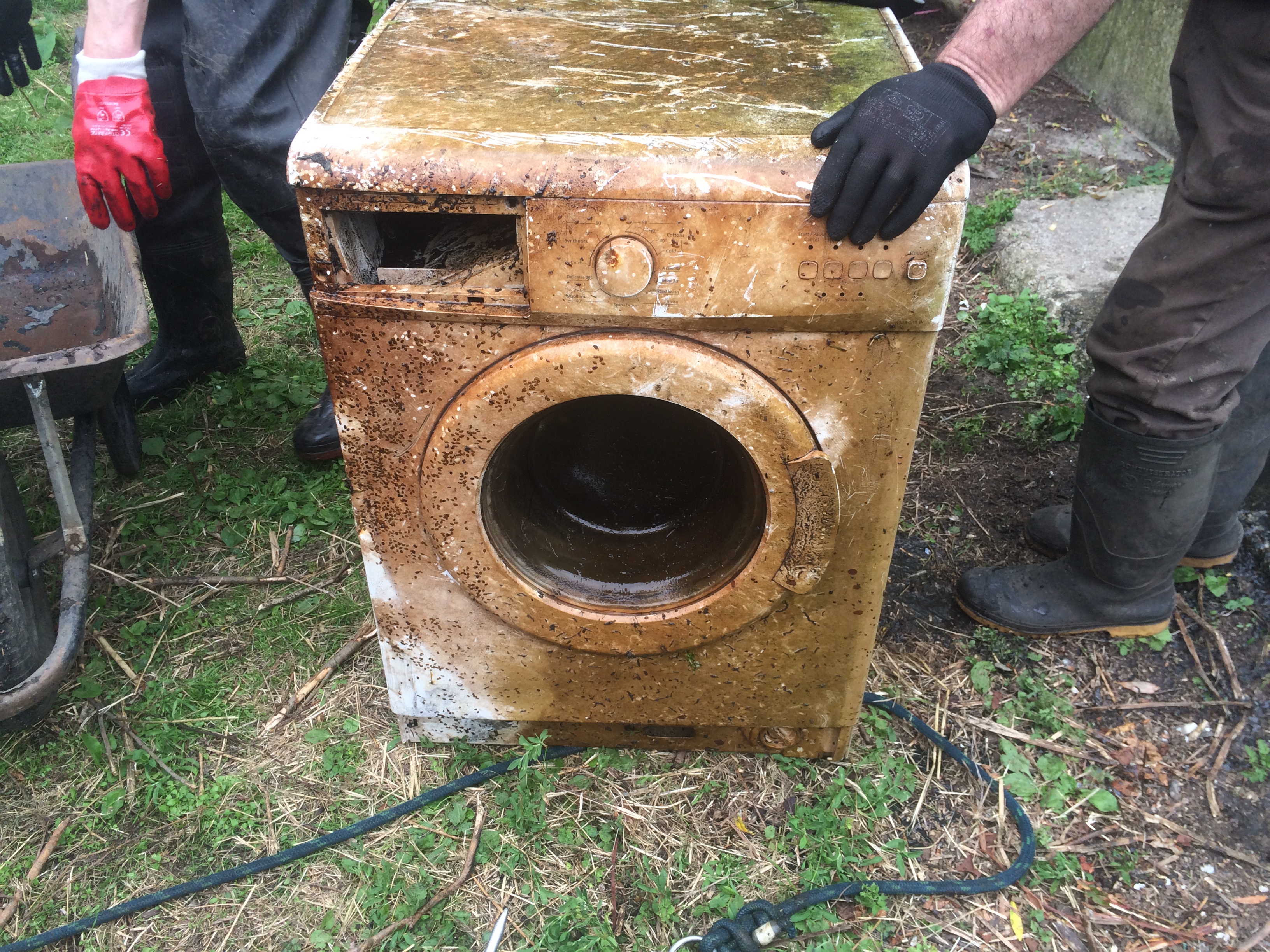 With that excitement over, everyone got back in the river and we started working upstream filling yet more trugs.

By the end of the day the rubbish pile was huge and everyone was very satisfied with their work for the day. Time to go home, catch the end of Murray’s game and prepare for the football. 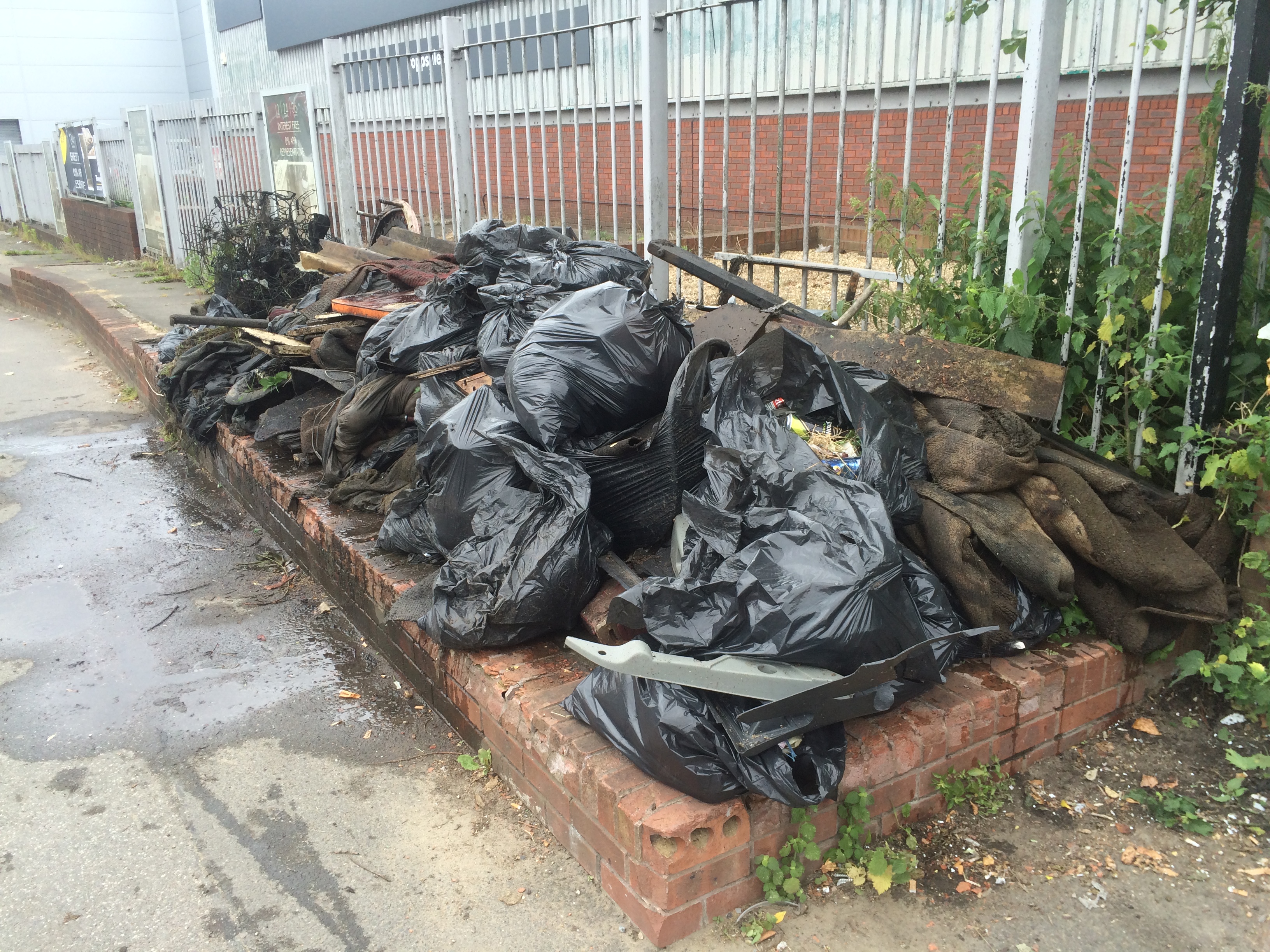 So what did I learn from this month’s cleanup?   That even if it is the men’s Wimbledon final, people still would rather come and clear up the Wandle!