Another lovely sunny day saw volunteers in the river around Sainsburys at Colliers Wood in Merton.  This is a lovely stretch of river, much favoured by local fishermen, and we are keen to keep it in the best of health. 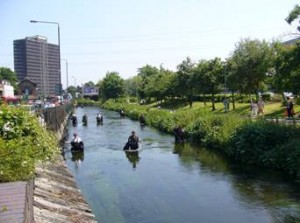 Several trolleys were found in the Pickle Ditch and our some of our younger volunteers enjoyed wading in the river and helping out on the banks. 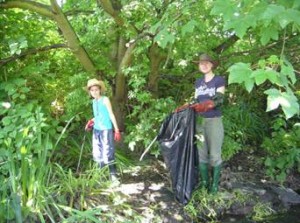 Some unusual objects were found, including a Hindu figurine… 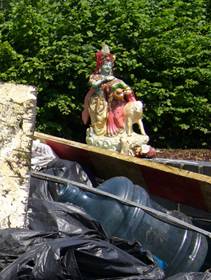 … and what was clearly a bin! 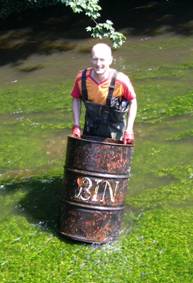 The trolleys were returned to the trolley park … we just hope nobody took them into the store by mistake! 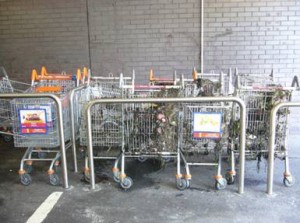 Thanks very much to Jo Bishop for wonderful carrot cakes which were enjoyed during the break.  Some spent the final part of the cleanup by Wandle Bank – whatever happened to the Commonwealth Café? 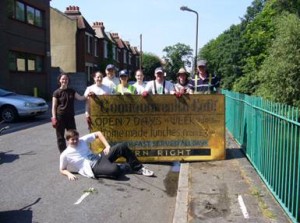 Some then went up to Morden Hall Park to join other Wandle Trust colleagues  including Theo, Gideon and Rigby who were running an exhibition stand there as part of the Wandle Valley Festival.  Others retired to the William Morris pub at Merton Abbey Mills for a glass or two of Pimms!