The one with the iron, the ditch and the sward-phobe!

On a lovely, warm summer’s day, 36 volunteers assembled at Culvers Avenue to cleanup round the island, and to work their way up to Hackbridge Road, picking up rubbish and removing Himalayan balsam stands, if they could find any.  Tim is overseeing some river restoration at this site over the coming months, so a pre-works cleanup was just what was needed.

We divided ourselves into two groups to tackle both the left and right hand arms of the river.

Up first, Gideon rescued a Care Bear by the leg: 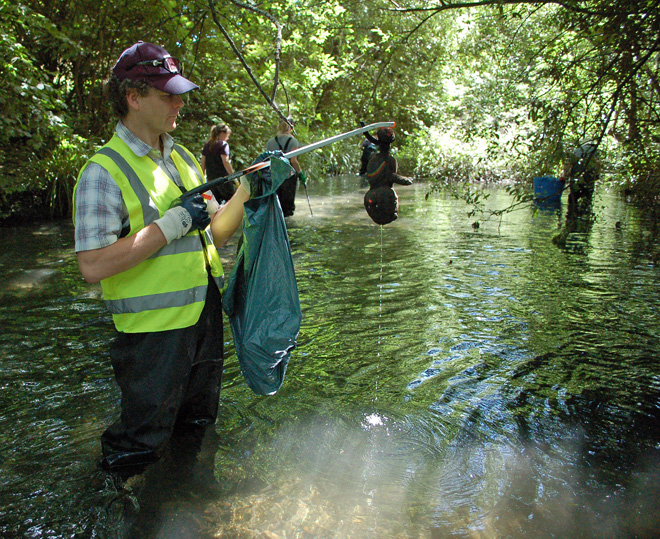 whilst Roger, with a paint tray in one hand, wondered what it was he had just picked up in the other! 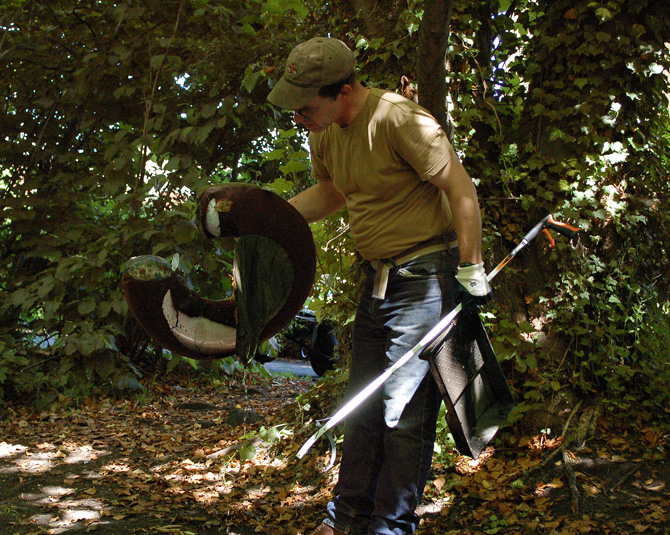 The small party of volunteers who tackled the right hand arm of the Wandle, wheeled back barrow after barrow of light litter, particularly cans of Red Stripe. 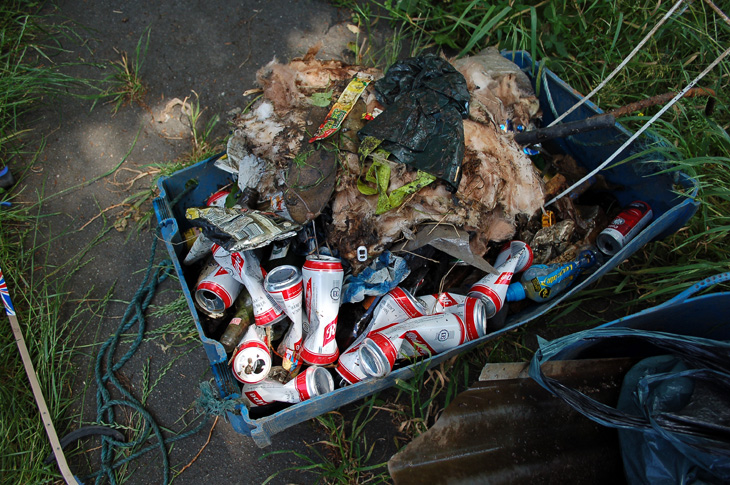 As volunteers waded upstream in the cool shallows of the Wandle searching for rubbish, it was easy to imagine ourselves in the Surrey countryside of bygone days. 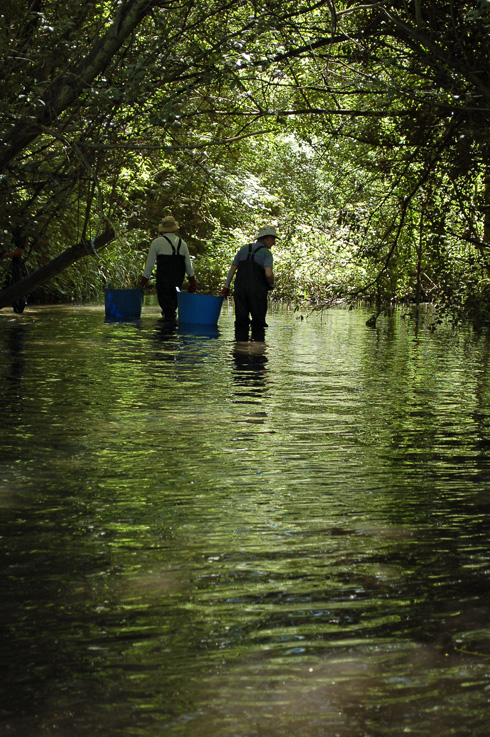 Just before we stopped for a refreshment break, Gideon found a little purple pipe: 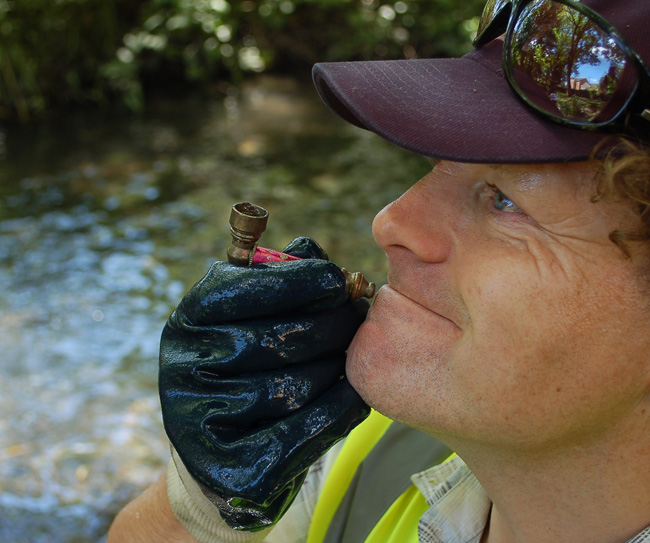 Meanwhile Abi and Jo joined Roger at the growing rubbish pile to unload their trugs. 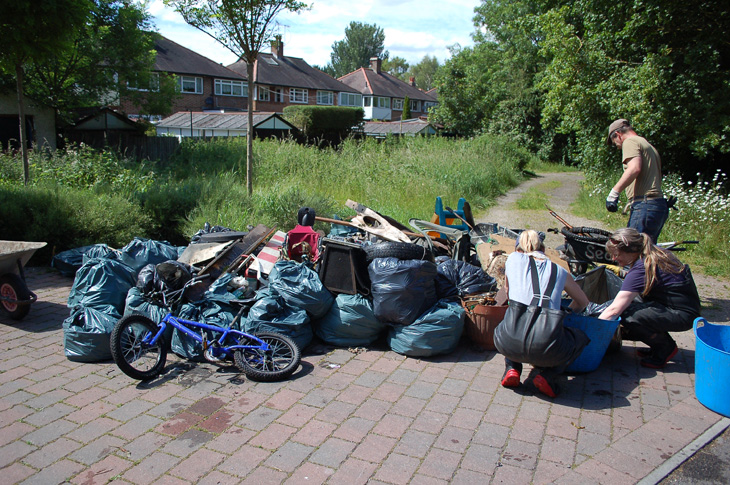 We trooped back to the gazebo to enjoy tea, coffee, squash and delicious cakes brought by Ann, Jana and Sally.  There were bananas in one and raspberries in another so we decided we would count a slice of each towards our 5 (or is it 7) a day! 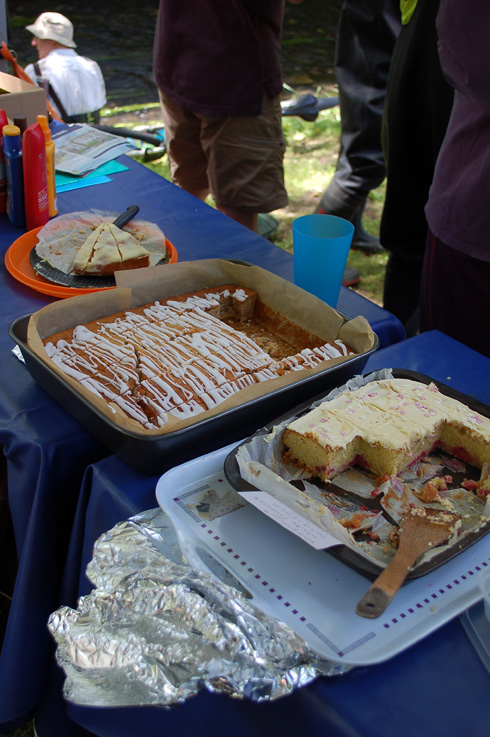 Gideon, however, brought his own lunch, a much more healthy option, and settled down for a prandial natter with Tim who decided not to sit on the grass, but relaxed in the Kiwi-painted wheelbarrow that Jo had donated some months earlier. 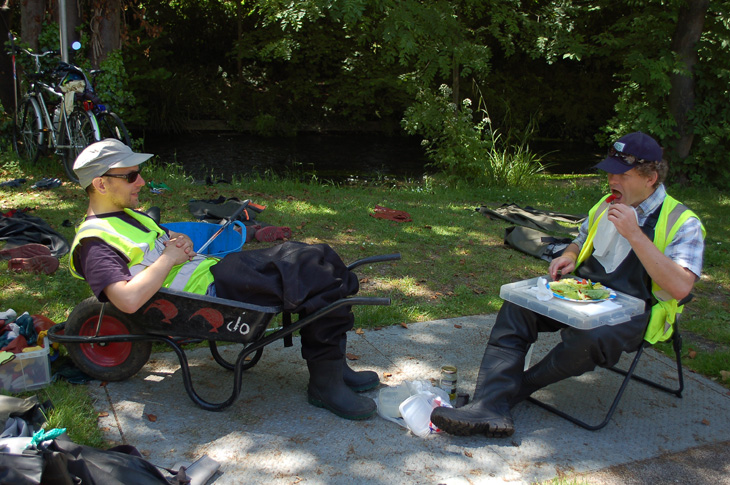 With one eye on the future we always like to encourage younger volunteers to help out, and this young man wanted to prove that he was old enough to join in by putting on a pair of gloves: 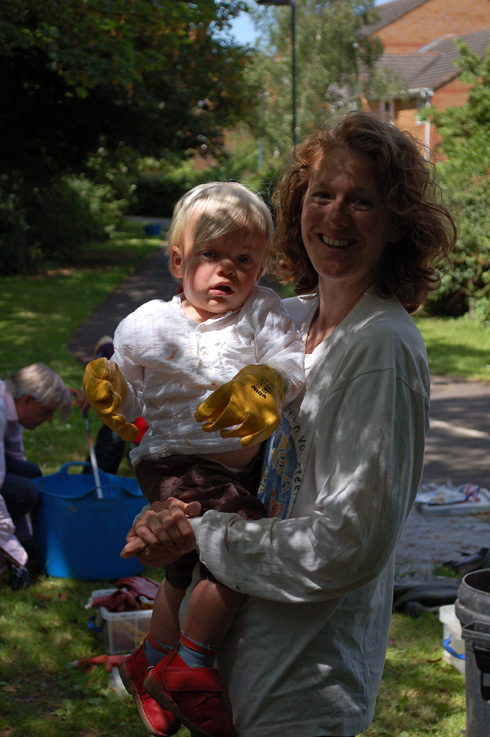 After lunch, when we were refreshed and had topped up our sunscreen, we continued up towards Hackbridge Road.

Picking up rubbish can be hard work and sometimes when it’s hot, you just have to sit down where it’s coolest: 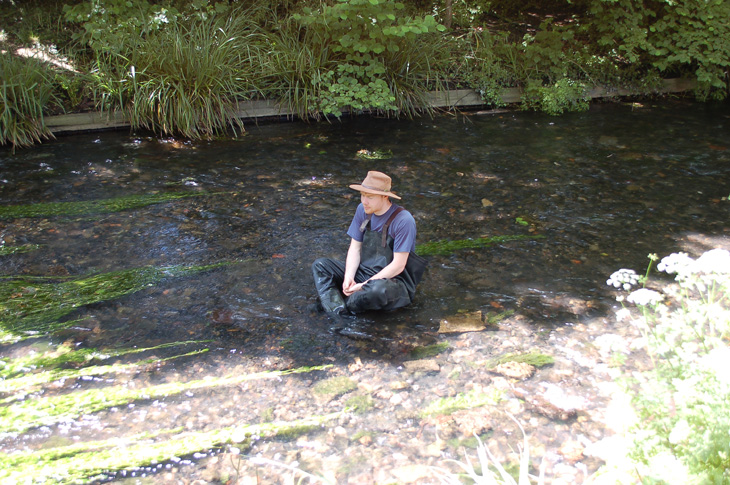 All too soon it was time to down tools, have a final count up of the types and quantity of rubbish removed from the river, load up the van and head on home. 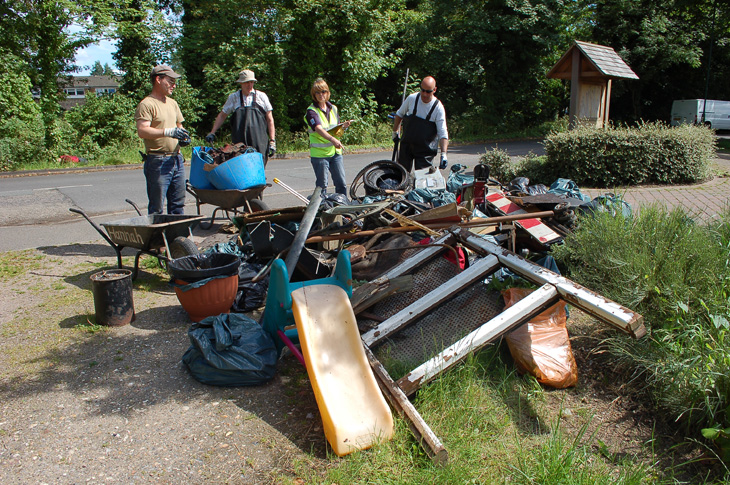 Grateful thanks to David of Sutton’s Waste Management Team for organising collection of all the rubbish. 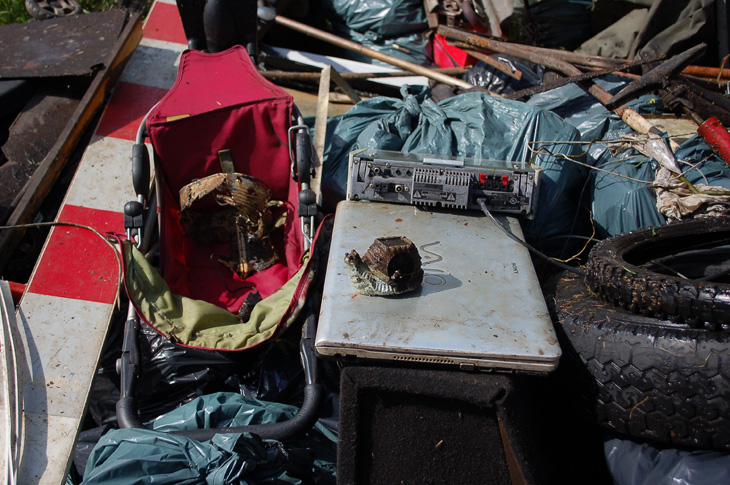 Huge thanks to Gideon and AJ who loaded up the van, and to Gideon again who helped unload the van back at the garage. 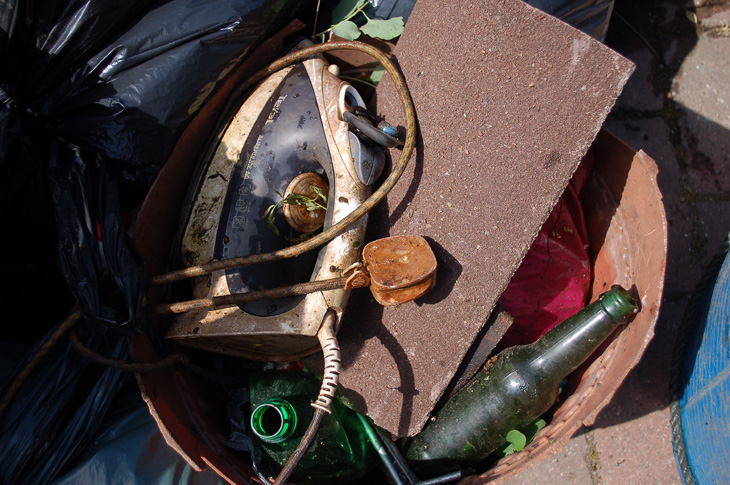