The one with our new Invasive Species Officer 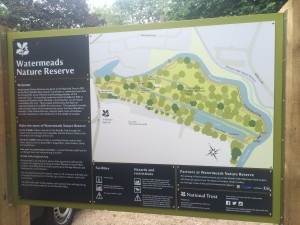 I had been very excited about this cleanup for a while as it was being held in the newly opened Watermeads Nature Reserve near Poulter Park – a truly beautiful site for a Wandle Trust event!

The event was funded through the National Lottery’s Heritage Lottery Fund as part of the Living Wandle Landscape Partnership. To start the event off, we introduced our new Invasive Species Officer – Alan Martin. Alan is working to coordinate the control of invasive species along the entire Wandle corridor with the help of other organisations, local landowners and volunteers.

After the Health & Safety briefing, all 41 of us divided up into 5 teams… 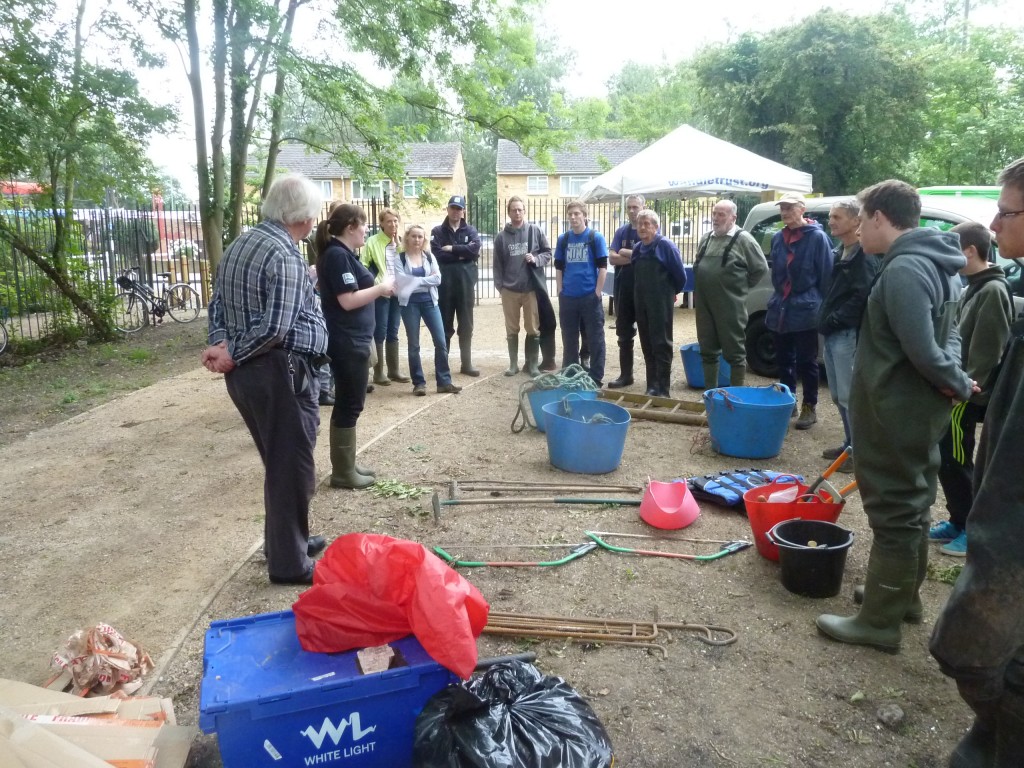 Since Watermeads was so newly opened to the public, the litter pickers weren’t sure how much general rubbish they would find, but as always they tracked some down! Using our newly purchased litter pickers and our new bag hoops provided by the Capital Cleanup fund, they dispersed into Watermeads and returned with bags of litter! 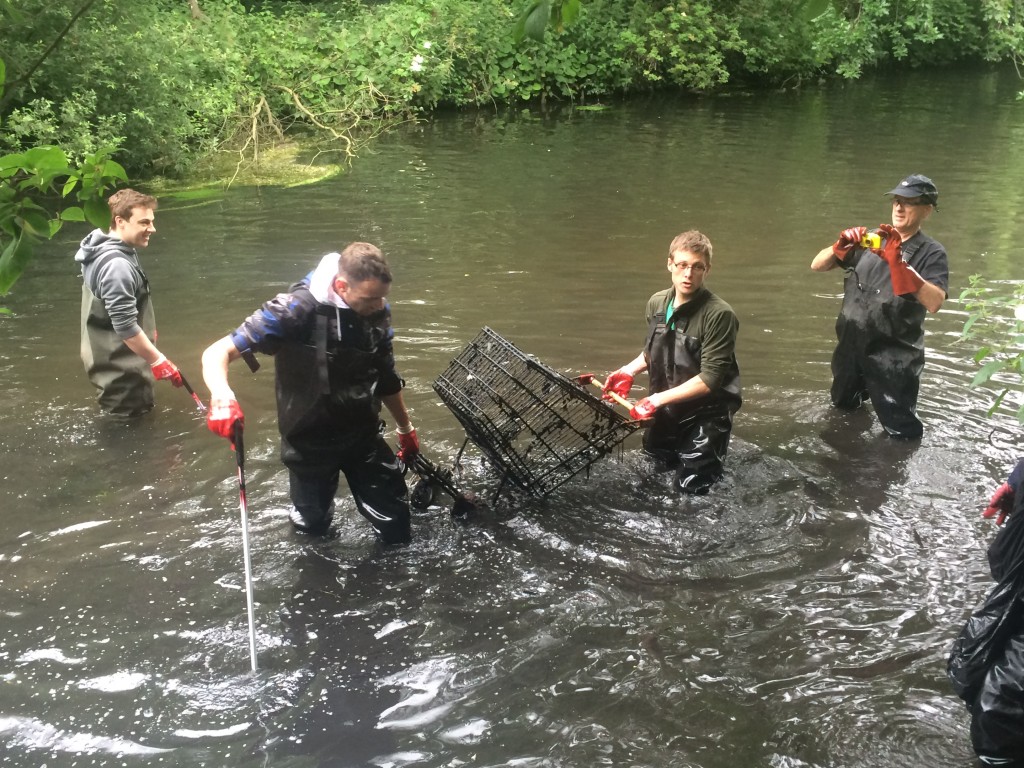 Again armed with new litter pickers, our wading team headed to the far end of the reserve to hop in the Wandle and start hunting down rubbish. Although shallow in the reserve, the river bed was very silty so the waders made slow progress as they moved upstream. With such high levels of silt, finding rubbish was a challenge – but that didn’t stop them! Using their feet they discovered two trolleys, rolls of carpet and several traffic cones and tyres, all before coffee time. 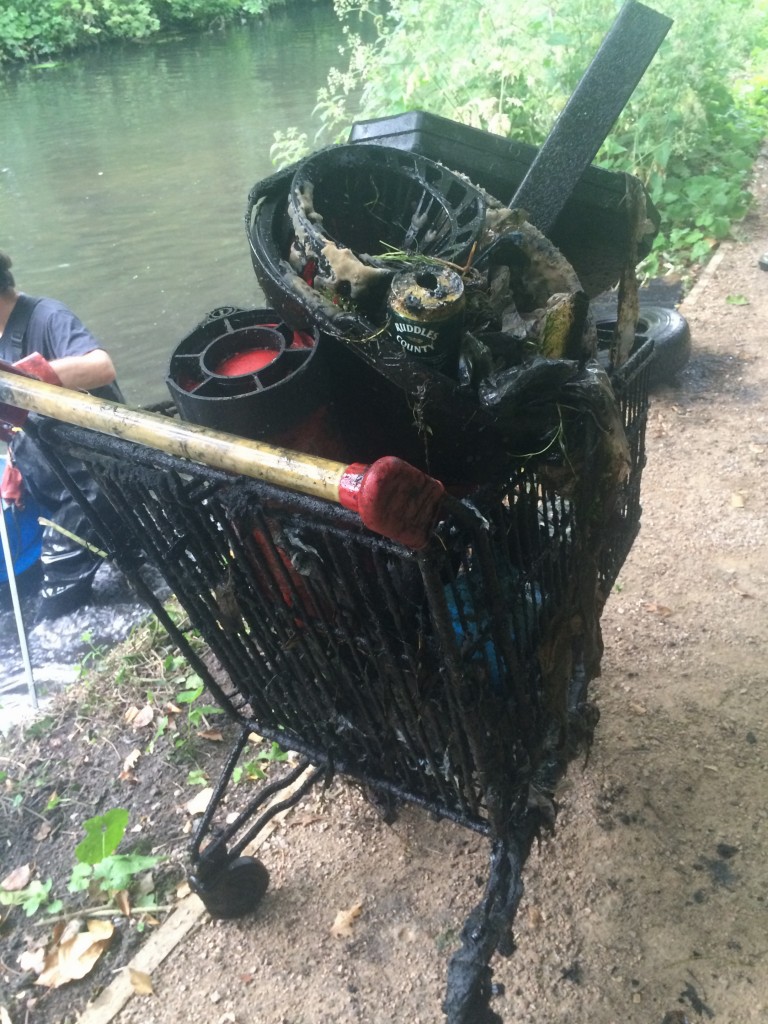 The Watermeads Nature Reserve was full of Himalayan balsam so Theo led a team to track down each plant and pull it out, roots and all. They first tackled balsam along the edge of the river and paths – to ensure these plants wouldn’t seed and spread further downstream. After this, the team bravely ventured into the undergrowth of nettles and brambles to find forests of balsam standing well above their heads. 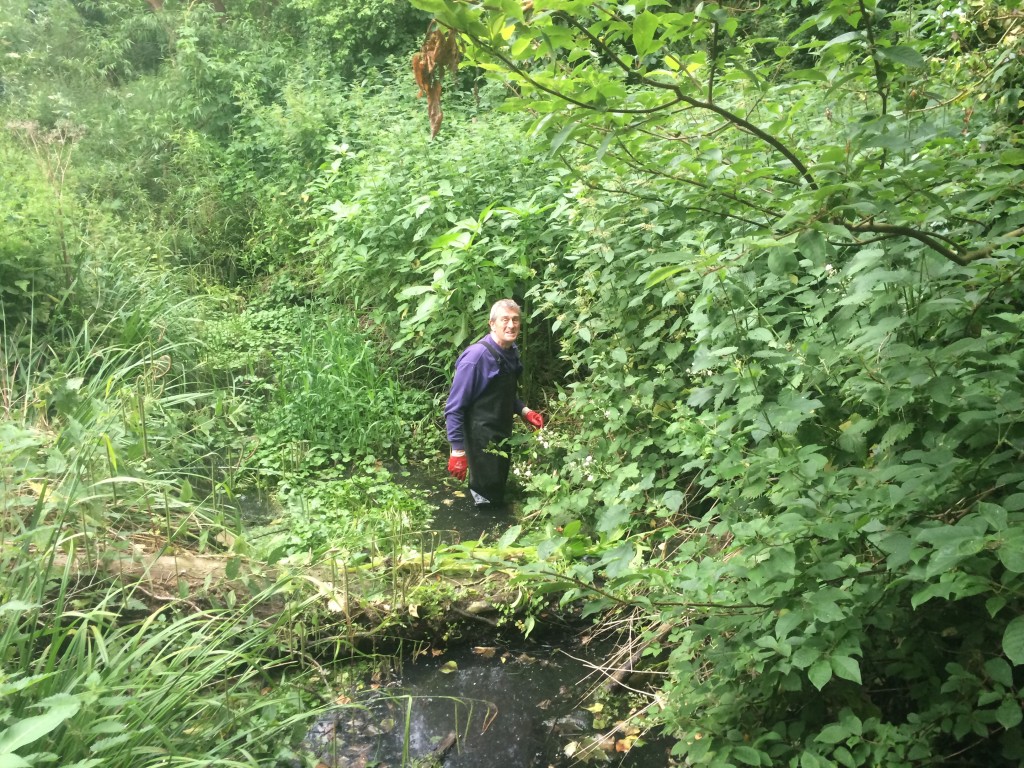 Alan was keen to tackle the backwater pond in Watermeads which was full of floating pennywort – a highly invasive aquatic plant which can smother a water body and impede water flow. However, the site was challenging as the water was too deep for our waders. Some creative thinking was called for… 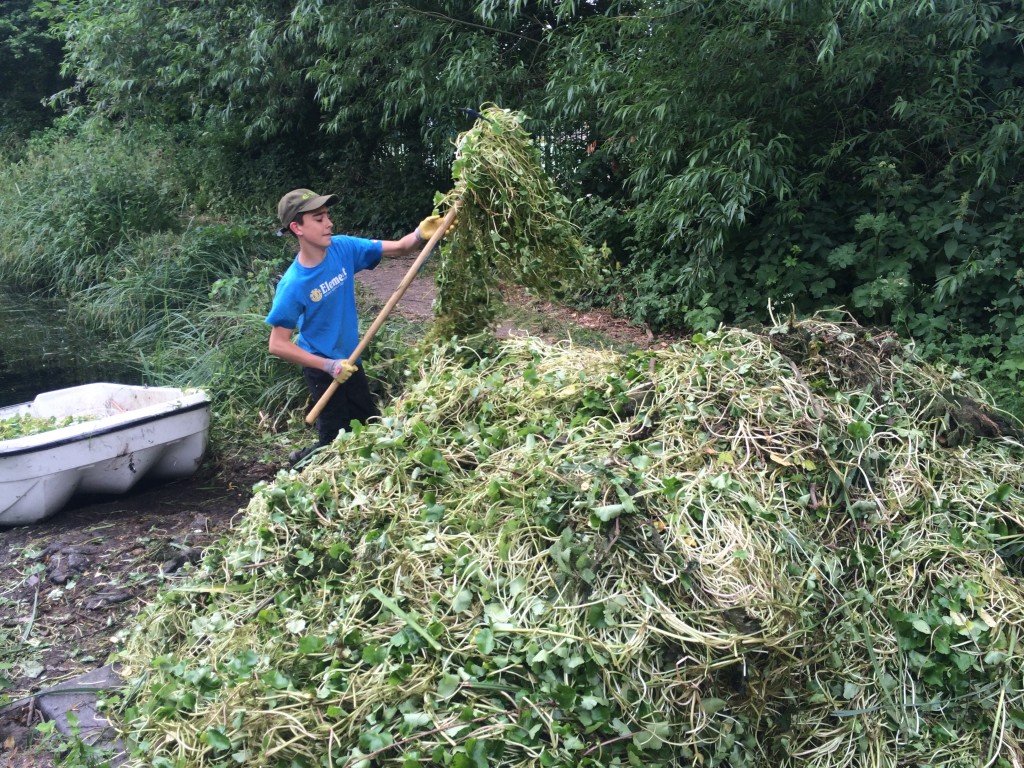 Volunteers used grappling hooks and rakes to pull in pennywort from the banks. It was a strange sight to see – volunteers lassoing hooks across the pond in the hope of snagging a large raft of pennywort. They quickly cleared one side of the bank and were in need of support to reach the other side. 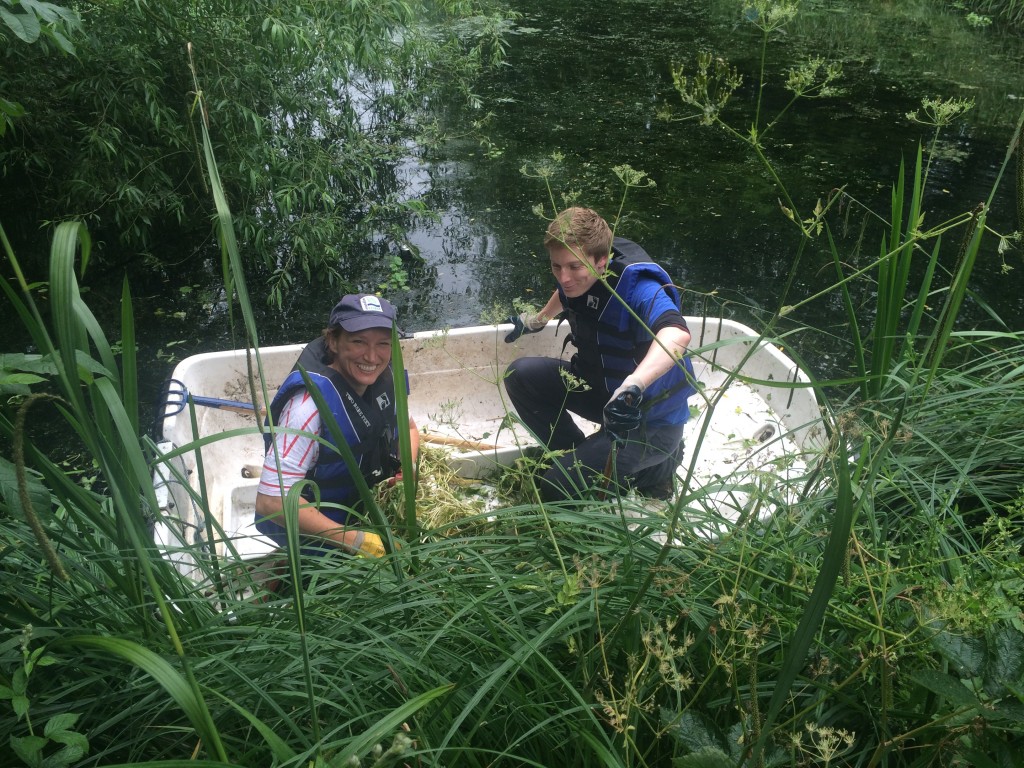 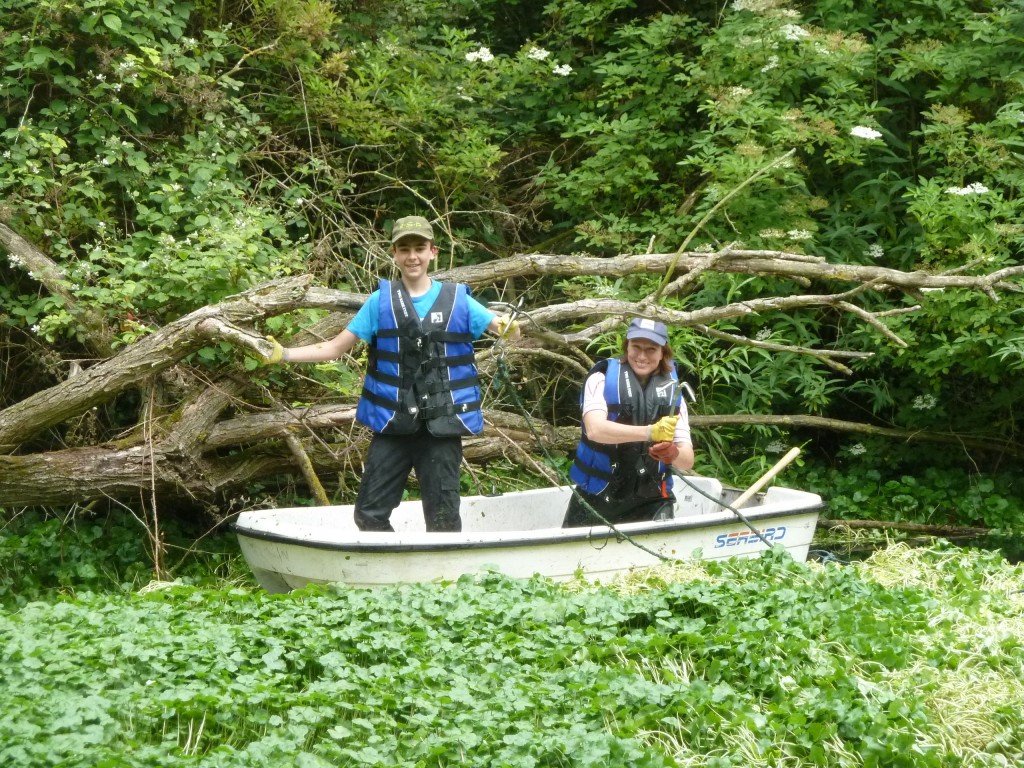 Two lucky volunteers stepped up and got into a boat. Using very, very small paddles, they freed pennywort from the other side and used grappling hooks to tow the rafts back to the bank. A true example of team work. 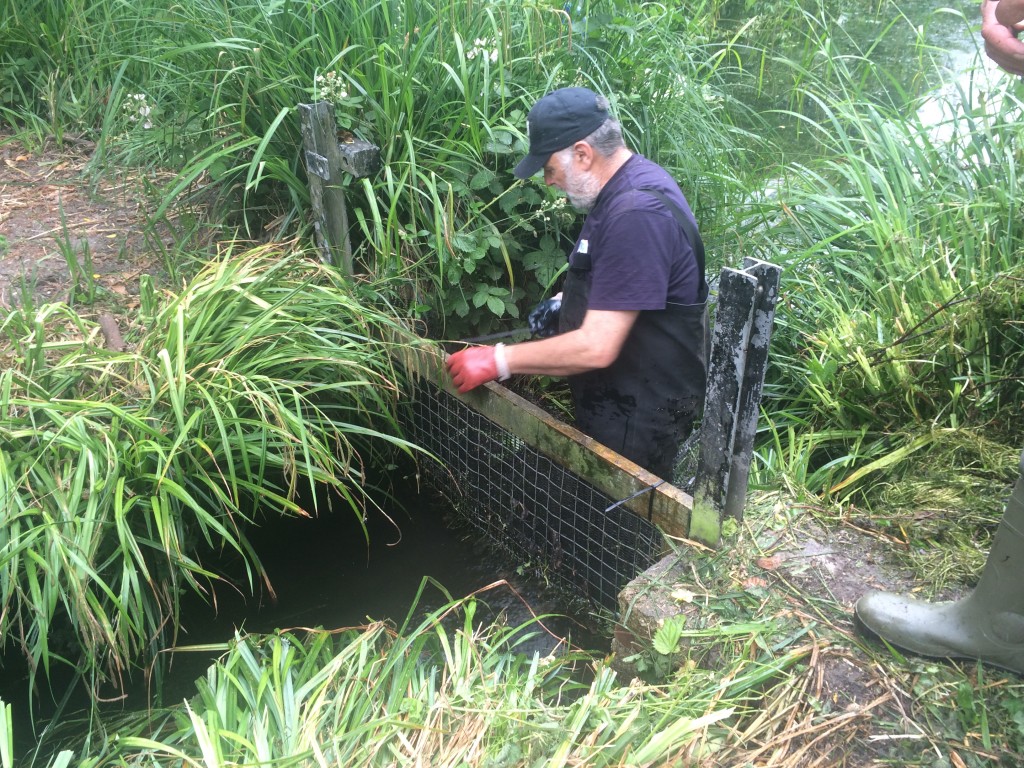 Meanwhile, Alan wanted to be sure the pennywort wasn’t spreading any further downstream. With the help of Dave, they created a barrier at the end of the pond to catch any straying bits of pennywort, containing the invasive in one place.

It was a very busy day but we achieved so much in just four hours! So a BIG thank you to all our volunteers who came and we look forward to seeing you at the next one on July 12th in Hackbridge – details to follow soon! 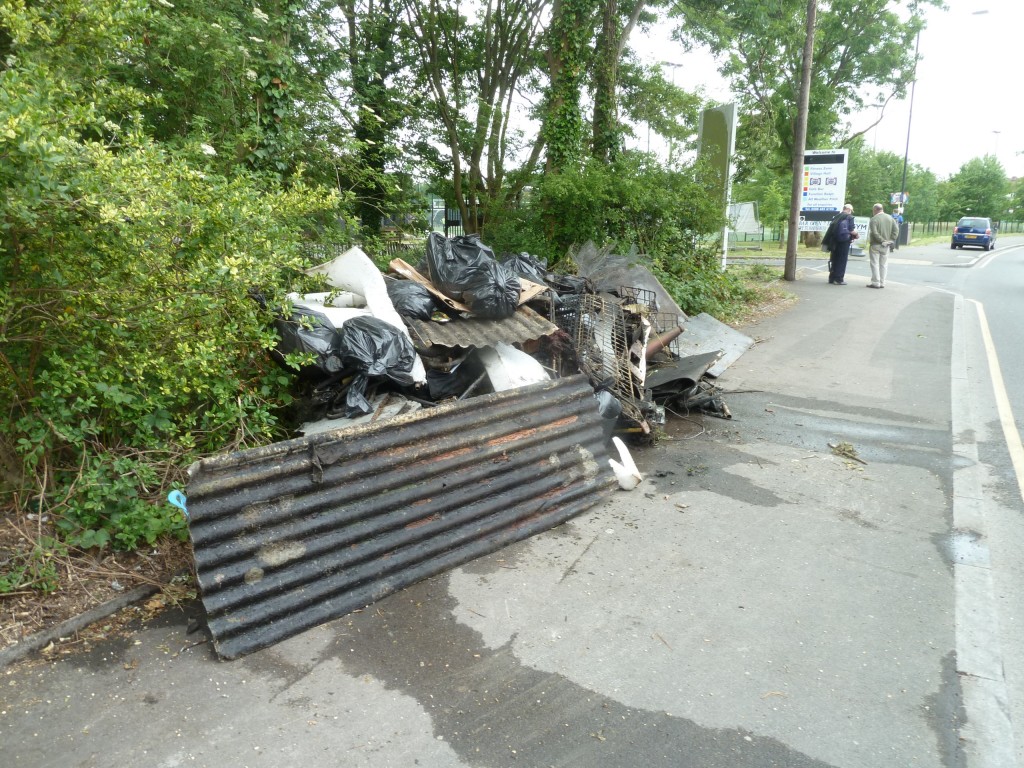 So what did we find?  1 baseball bat, 1 old hairdryer, 1 fire extinguisher, 1 Hindu statue, 1 shovel head, 2 carpets, 4 footballs (including 1 Finding Nemo football, so glad we found him), 3 traffic cones, 3 trolleys, 5 plastic guttering poles, 11 tyres, piles of wood and metal sheets, many bags of other miscellaneous rubbish, piles and piles of Himalayan balsam and even larger piles of floating pennywort! 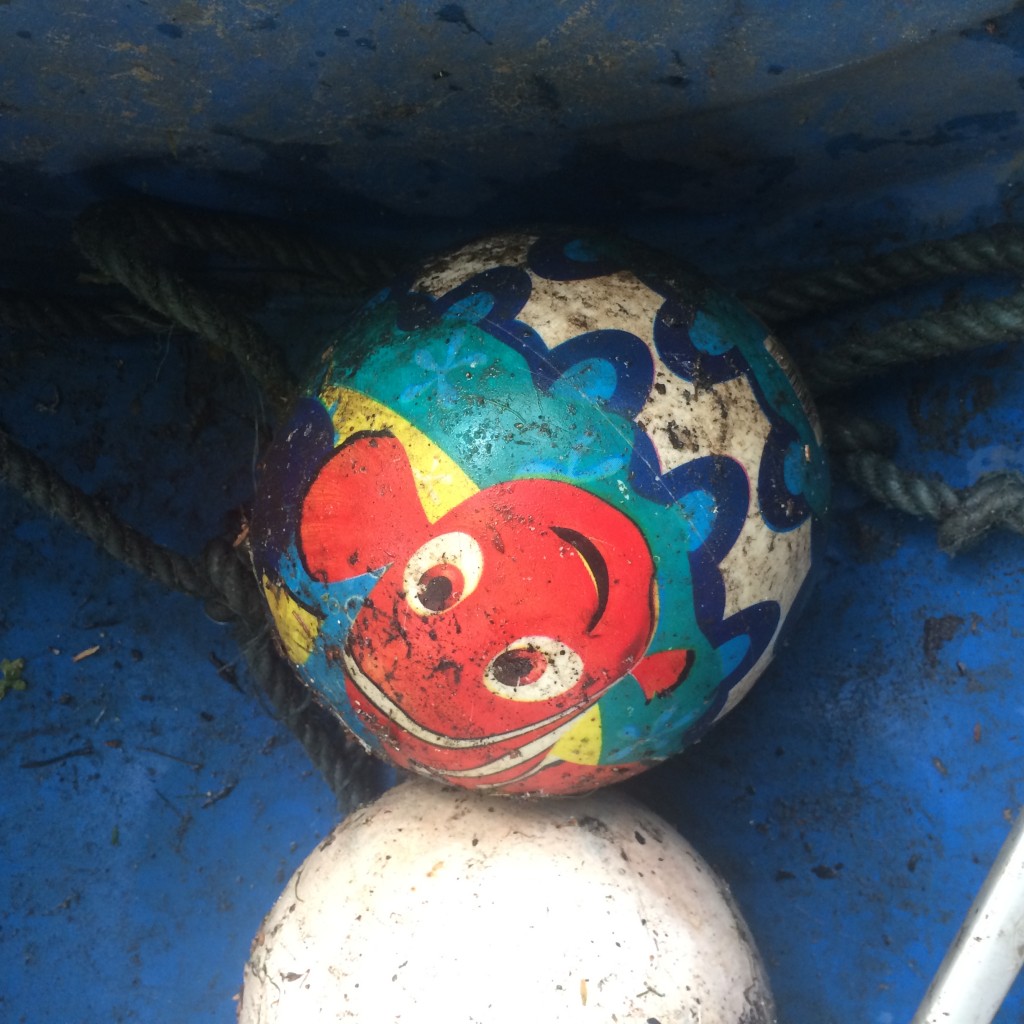 Huge thanks to everyone who helped pack up van after the event, Sally and Ann for catering for our volunteers (carrot cake and cheese scones were delicious!), Jackie for supervising the Event Tent, Theo, Sally and Alan for helping supervise everyone on the day, National Trust for letting us loose in Watermeads Nature Reserve and the Waste Management Team at Sutton Council for organising collection of all the rubbish the next day.

So what did I learn from this month’s cleanup?  That you have to be very creative when tackling pennywort in a pond too deep to wade! 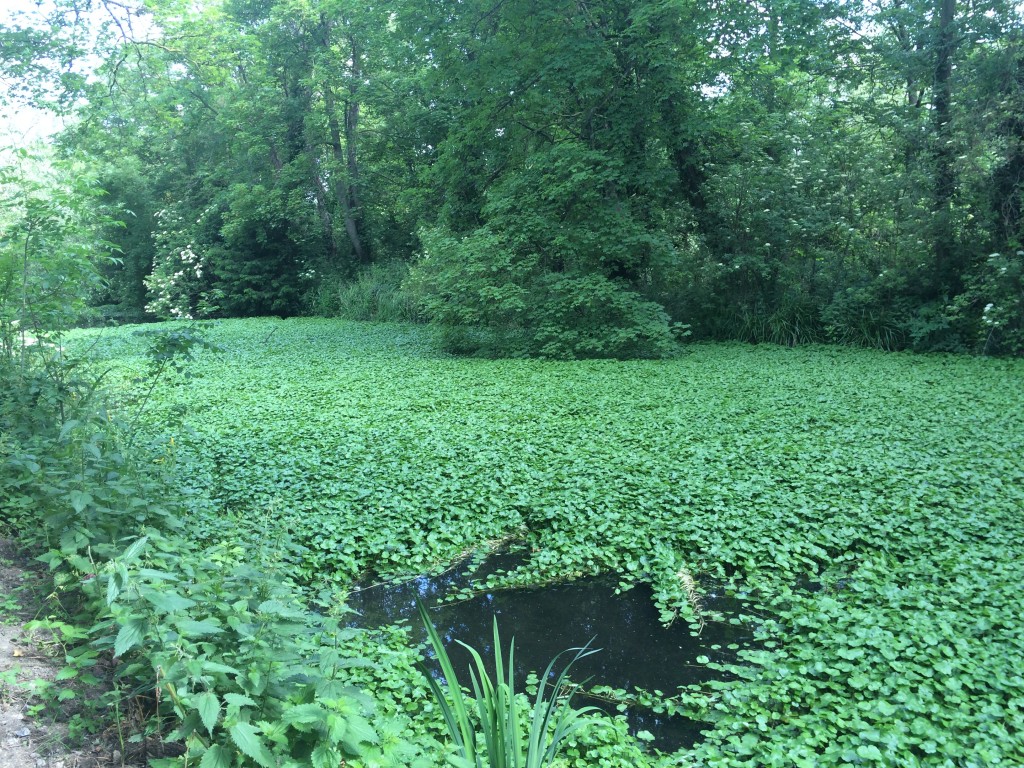