The one with my favorite find…

For our Wandle cleanup this month, we answered local pleas to revisit Trewint Street in Earlsfield and clear some recent fly-tipping that had shocked the local neighbours. 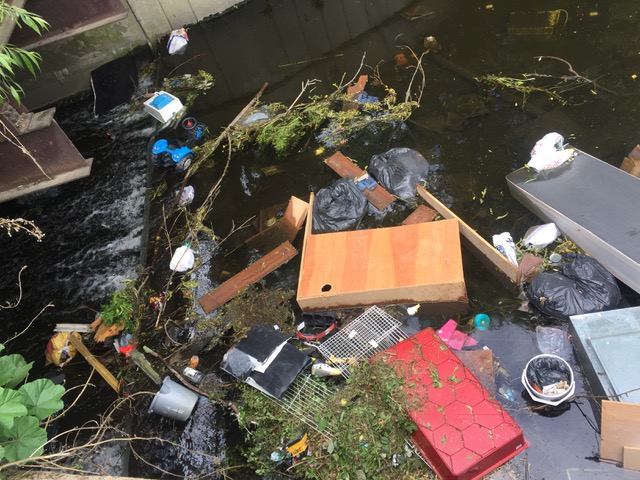 On a sunny Sunday, 59 volunteers joined us at Trewint Street, including 1st Homefield Cub Scouts and the rugby players from Bec Old Boys Club; all ready to get stuck in.

Within what felt like two seconds of finishing the Health & Safety briefing, there was already a washing machine being pulled up the concrete bank. It took some considerable muscle and cooperation, but it was safely pulled up and used to start our rubbish pile. 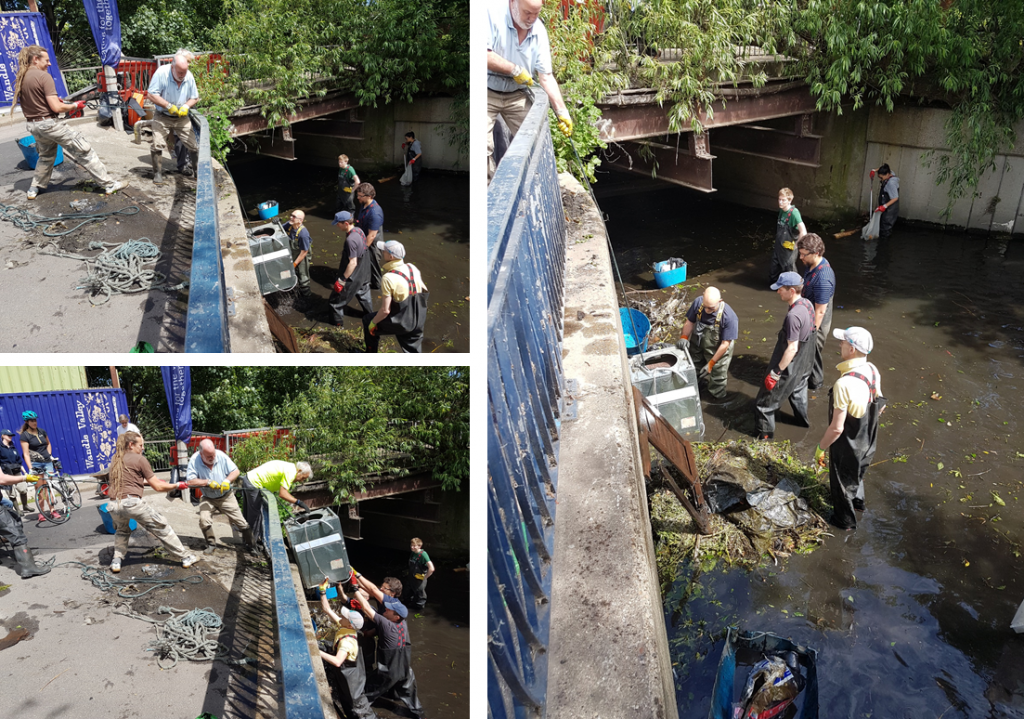 After the washing machine, rubbish came flooding in, faster than I could keep track of. 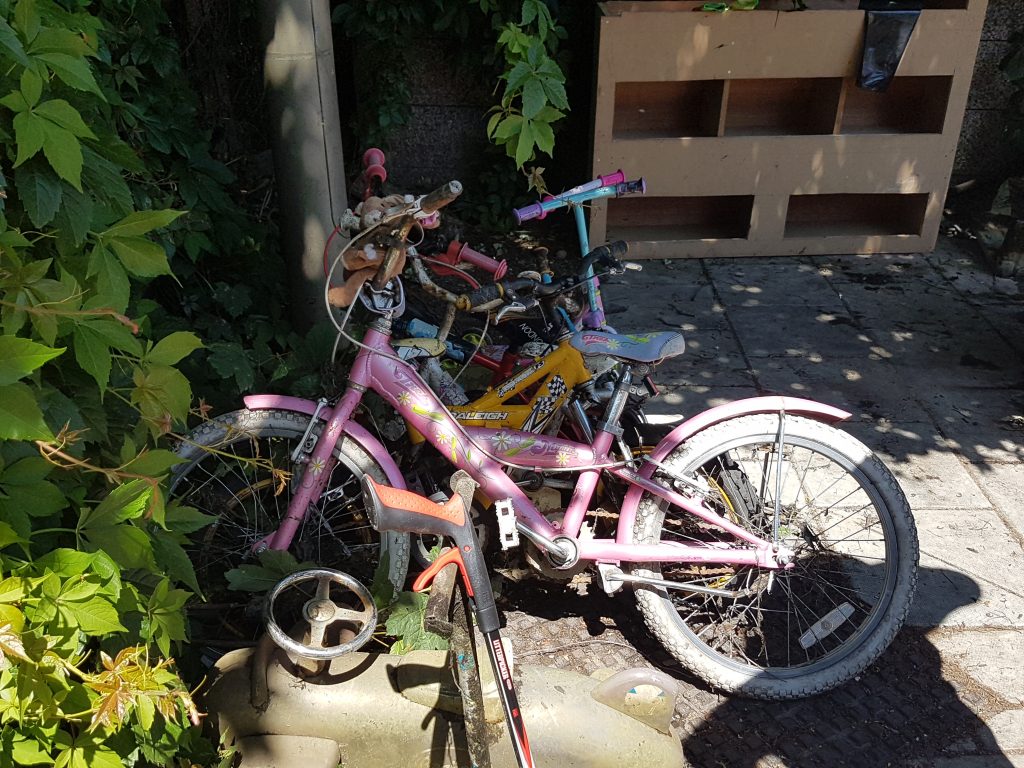 …an airplane which is perhaps my favourite find since starting to run cleanups in 2014! 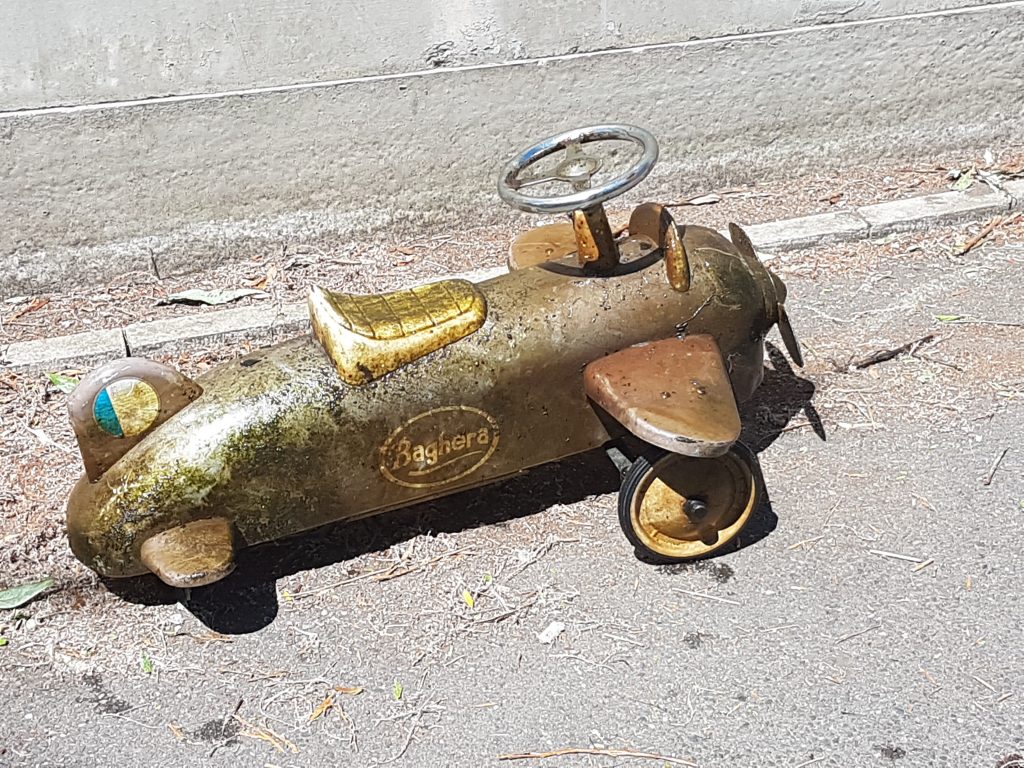 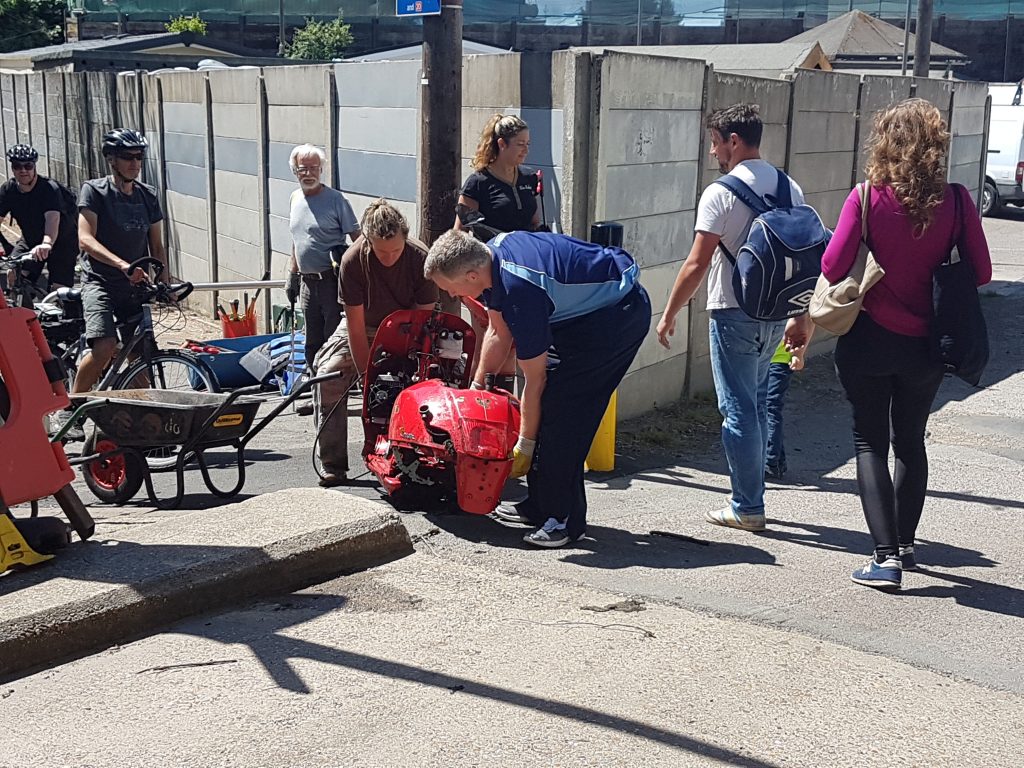 Before it was even lunchtime, the rubbish pile was piled high! 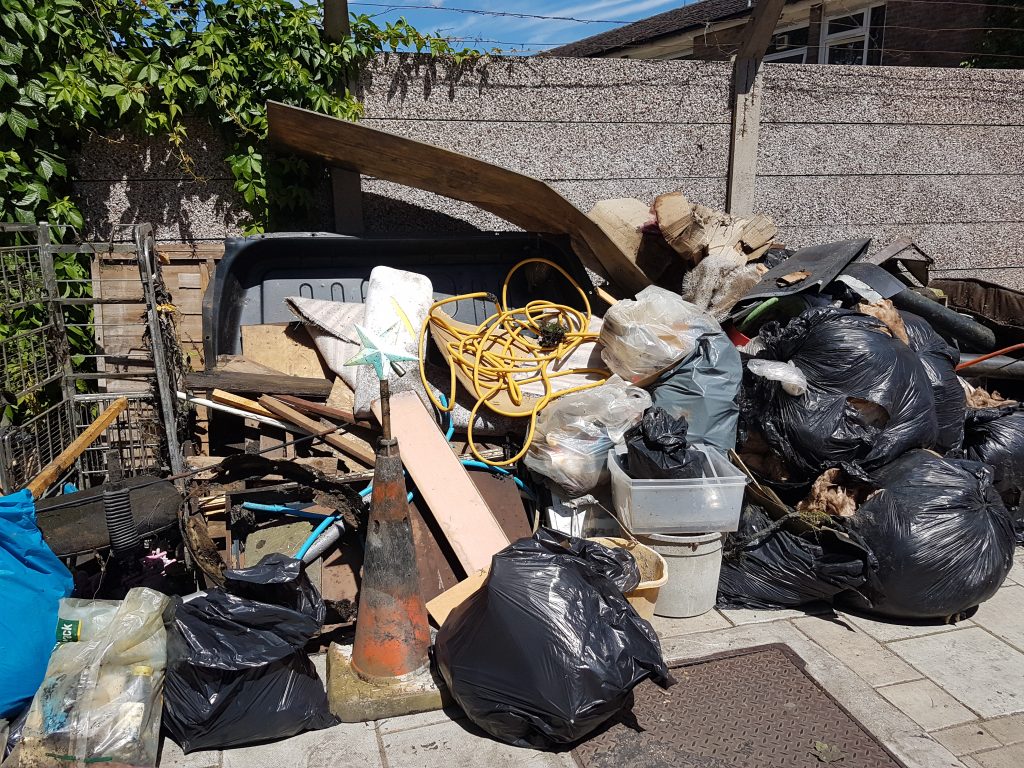 But before I could get everyone out of the river, our waders found themselves a challenge to deal with – a piece of railway (or maybe half a castle door?) 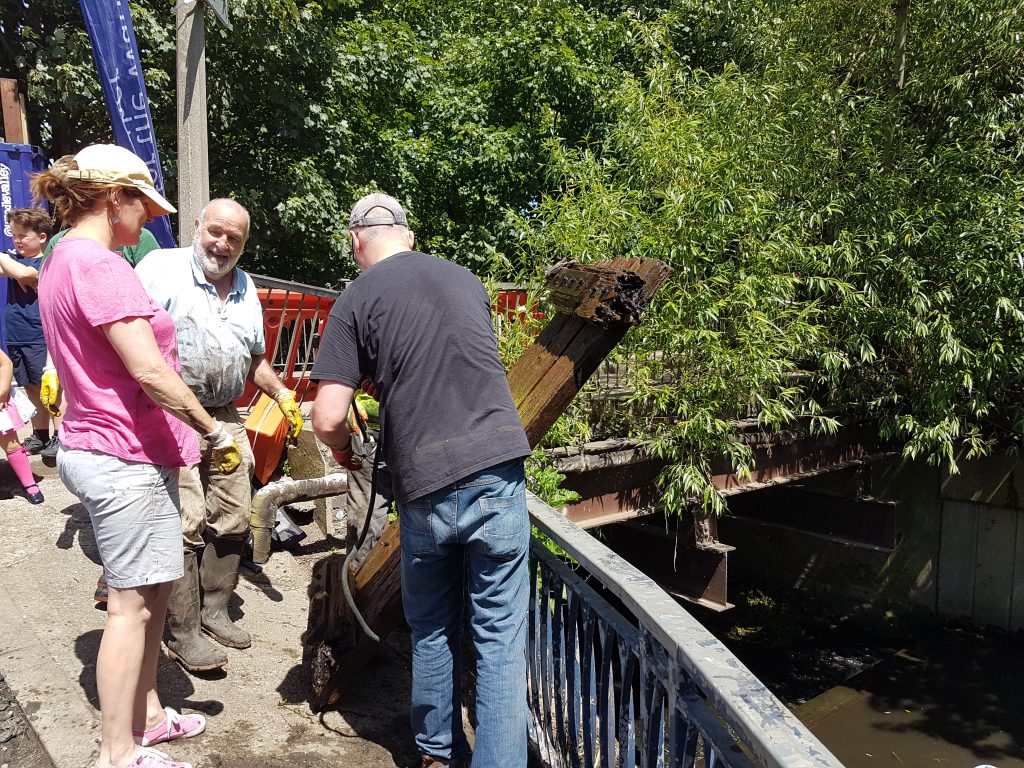 This wooden structure weighed a considerable amount and walking it upstream under the bridge was a challenge enough, let alone pulling in up the concrete bank. But with sheer dedication and muscle, we prevailed.

A couple more finds before lunch included a Santander bike by the Homefield Cubs! 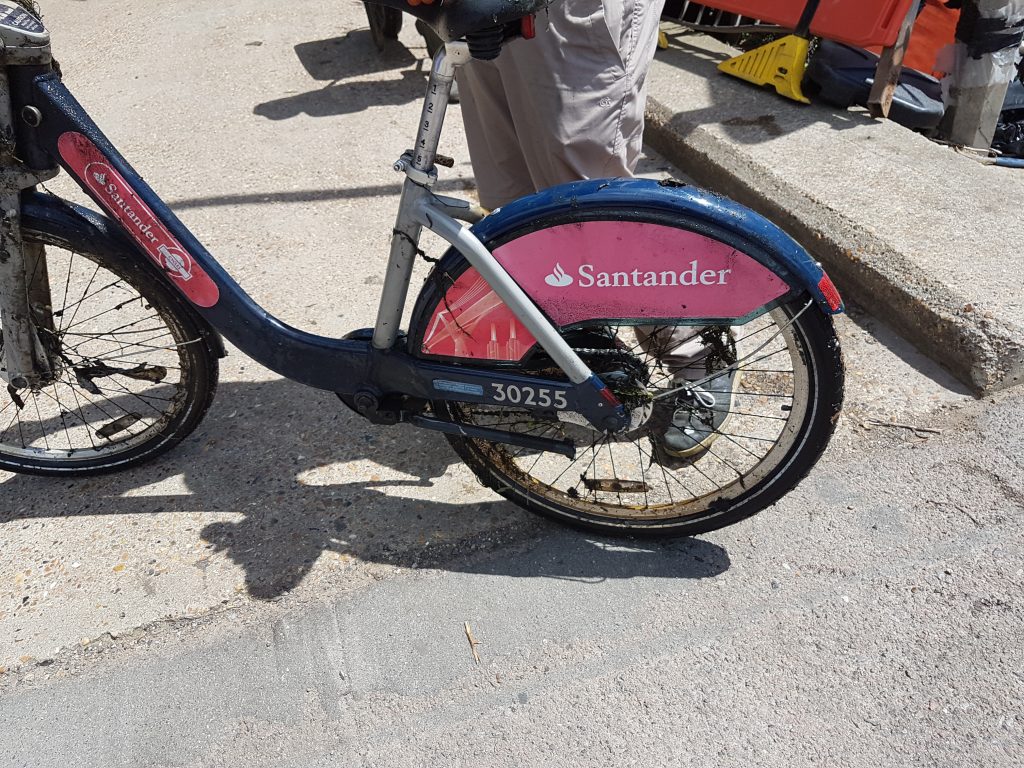 and half of another washing machine. 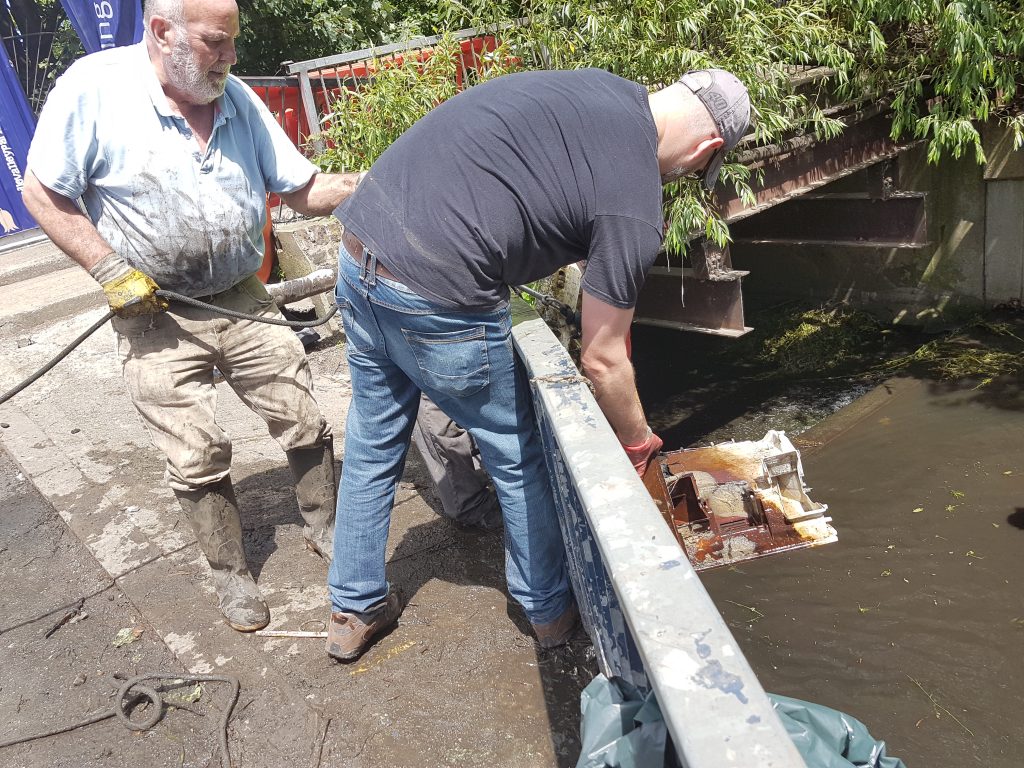 By lunchtime, we were all exhausted and ready for some cake. However, not all of us could resist trying out some of the toys we had found…

Having achieved so much in the morning, we decided the afternoon would be shorter. One small team followed the Homefield cubs down the Wandle Trail to a motorbike they had discovered earlier in the morning. 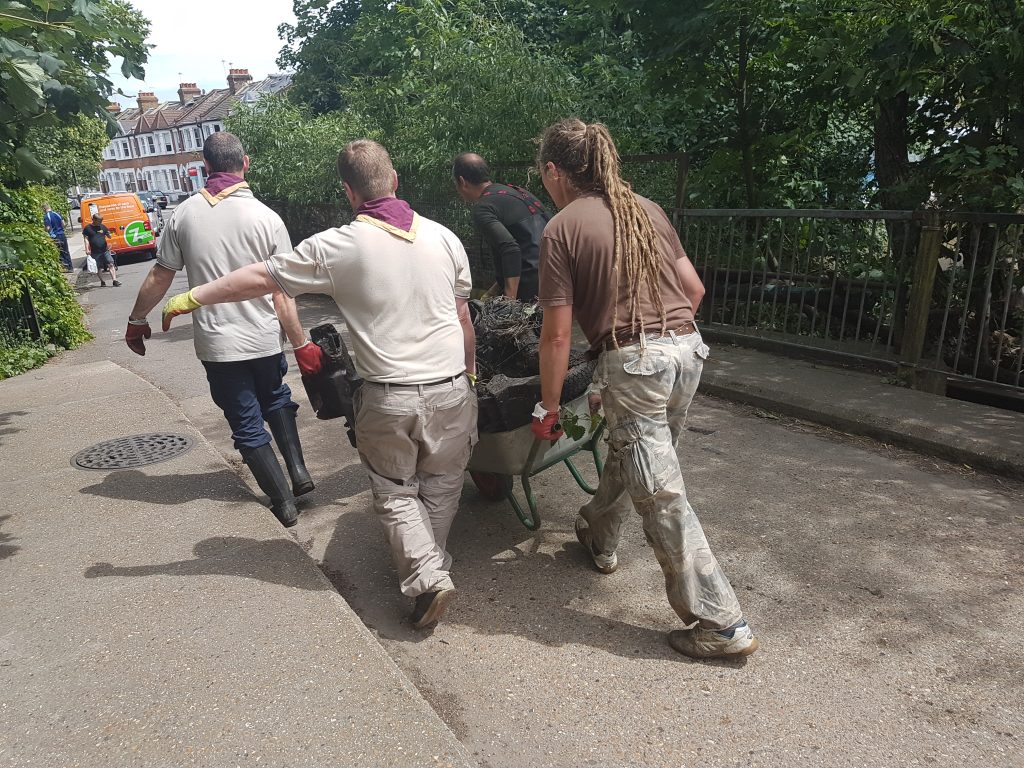 Meanwhile, the wading team did one final check of the area around the bridge and found me a dinosaur which is now pride of place in the bathroom: 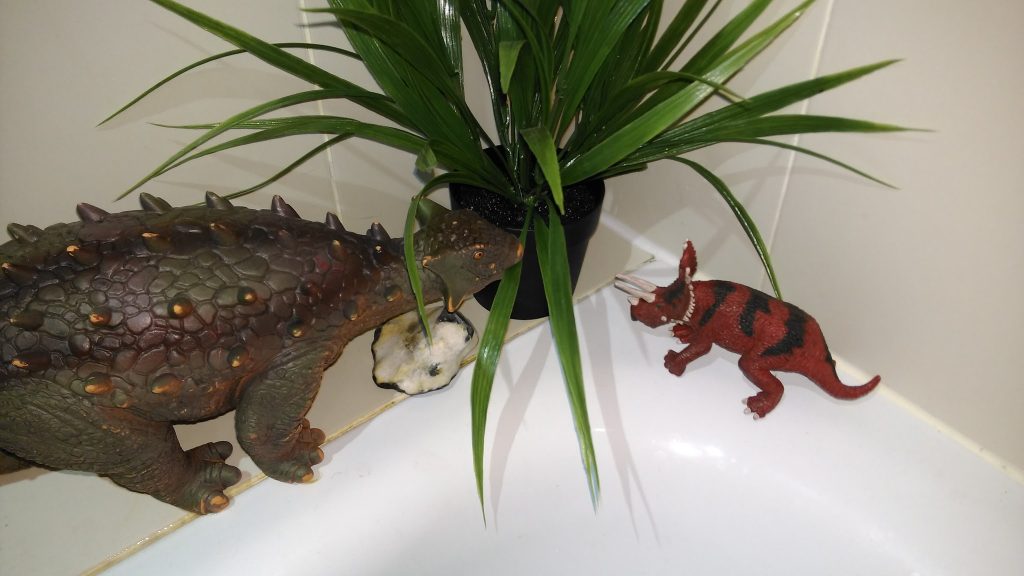 Before everyone collapsed with exhaustion, we called it a day. If you looked at the pile though, you would have assumed we had been working for more than just 3 hours! 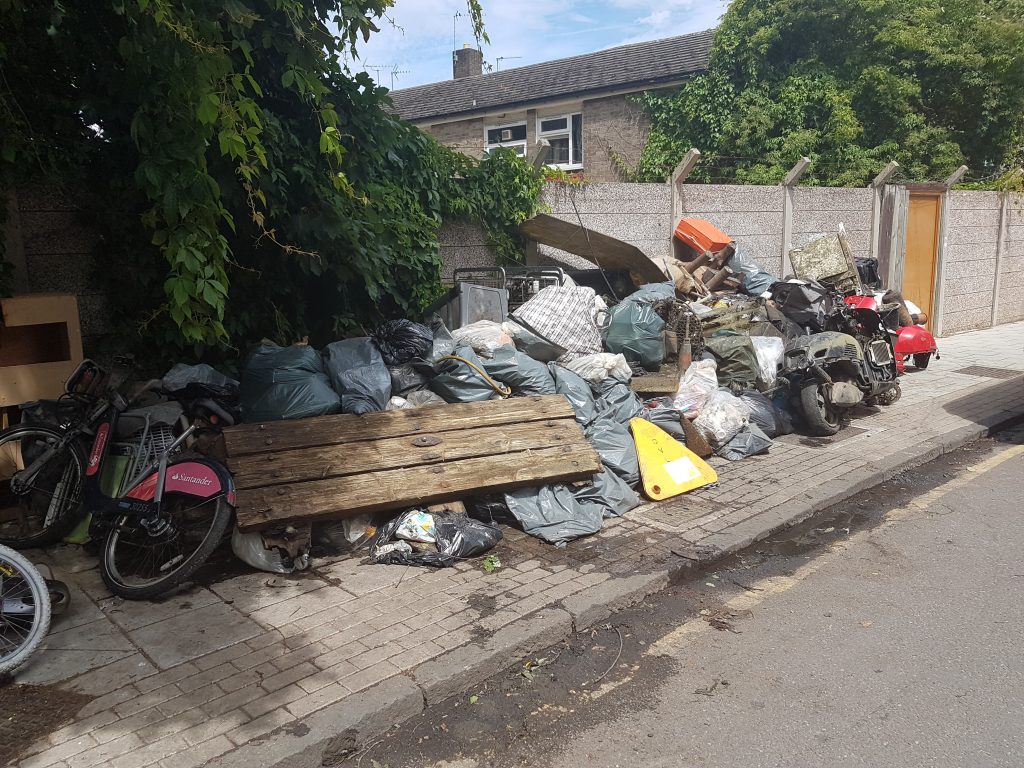 Huge thanks to everyone who helped unpack and pack up the van during the event, Rosie for supervising the Event Tent and for helping me back at the garage, Big Yellow Wandsworth for providing free storage space for our equipment and the Waste Team at Wandsworth Council for organising collection of all the rubbish the next day.

So what did I learn from this month’s cleanup? Chinese mitten crabs are living in the Wandle at Trewint Street! 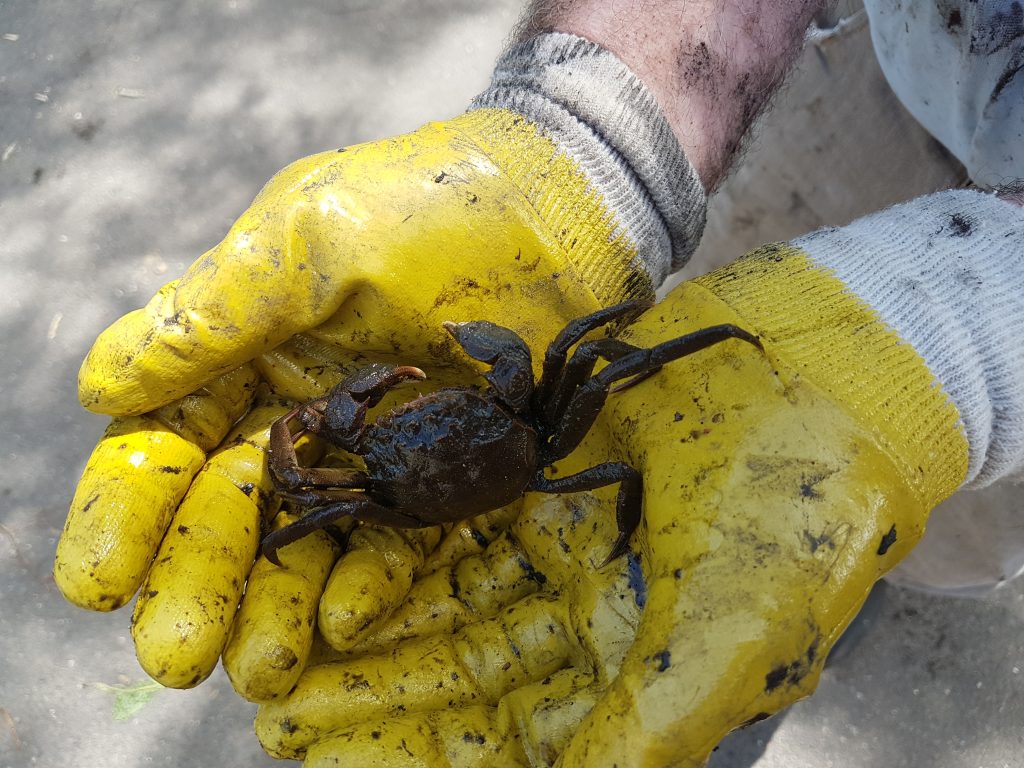