The one with the bridal bouquet

The river’s water level seemed particularly low on Sunday morning which was good in terms of easier wading for our volunteers, but highlighted the task ahead of us: 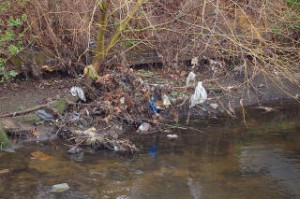 Working in groups, it wasn’t long before Helen’s team found a bicycle: 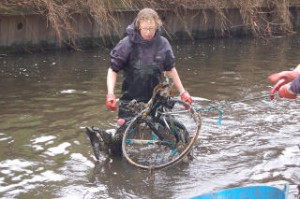 However, it was entangled with lots of other rubbish and had to be hauled out of the water as it was. Then it was over to the volunteers at the top of the bank to apply brute strength and heave it up to the top… 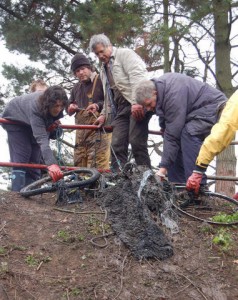 … where it was put into a wheelbarrow and transported to the dump site: 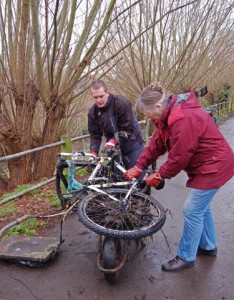 Meanwhile our youngest volunteer, Leo, had been busy litter picking on the bank and came across a set of false teeth: 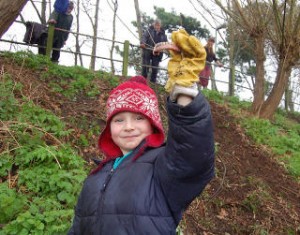 We wondered whether this was matched the upper set we found last September in Ravensbury Park?

Pulling rubbish out of the river is very hard work and, just before we broke for tea, Toby decided that he would take a well earned break in the garden chair that he’d found, reminding some of us of our early English history and the story of King Canute…. 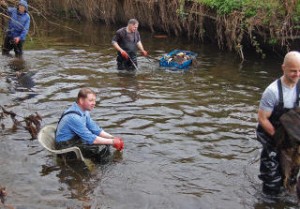 Not long afterwards, Hugh became the ‘blushing bride’ when he found a wedding bouquet on the river bed: 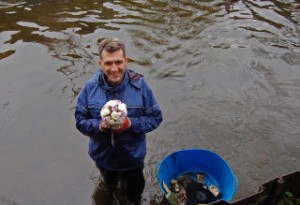 Throwing it to the volunteers congregated on the bank in true bridal fashion, it was caught by Debbie – could another Wandle wedding be on the way?

Getting on with the job nearby were another team led by Khamisi who found what looked like an old safe, but, on closer inspection, was in fact a water tank: 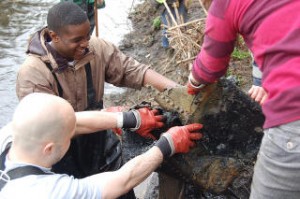 Our ‘scrappie’ friends duly arrived and, as promised, gave us 2 wheelbarrows to replace the ones that had finally expired during our February cleanup.

Stan from Merton Waste Management brought his cage lorry at the end of the cleanup and everyone helped load up the rubbish which included: 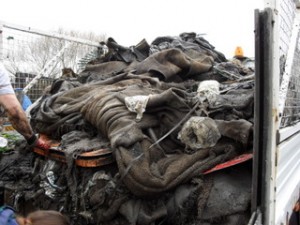 Our thanks to Gary, Tony and Stan of Merton Waste Management and to all our volunteers: