The one with the bathroom in the brambles

What a difference a month and several more degrees on the thermometer make!  A spring sun shone down on 49 volunteers who assembled at Trewint Street in Earlsfield for another go at this particularly litter strewn area. 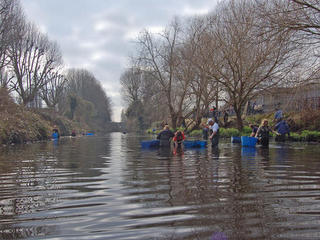 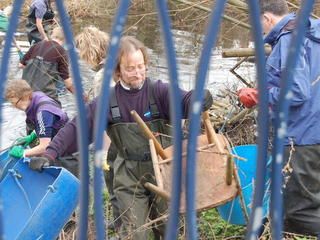 … the other half got to grips with the most enormous pile of fly tipped rubbish we’d ever seen. As we barrowed away shower screens, tiles, bricks and silicon guns, we came to the conclusion that someone had dumped the remainder of a bathroom refurbishment: 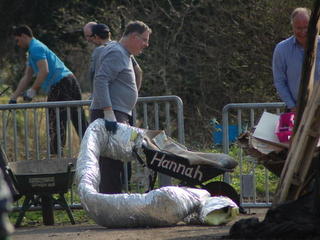 The pile of fly tipping was immediately adjacent to the travellers’ site, and since it couldn’t have been dumped via the Wandle Trail because of barriers and gates, various theories were put forward as to how it got there! Interestingly, amongst the rubbish we found letters and emails, addressed to one particular family, which may provide the basis for an investigation…

Meanwhile, back in the river, the two Andy B’s and Toby had been digging away in the silt which held a large tool box that they’d been unable to get out last time.  This time, success! 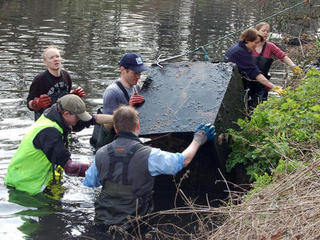 Chris did a sterling job on the bank, tying on the ropes and using the crowbar as a lever so that those on the footpath could pull the box to the top. 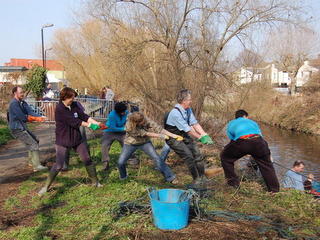 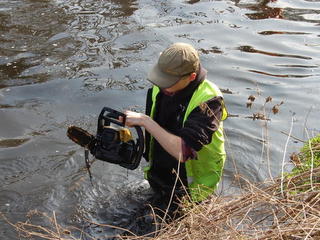 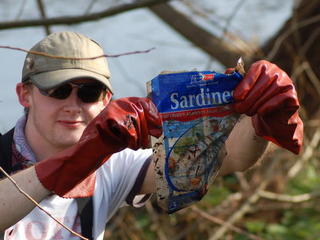 A bunch of friendly daffodils welcomed our hard working troops at lunchtime and delicious tomato and rice soup, lemon coconut cake and blueberry cupcakes were served up by Sally and Jo… 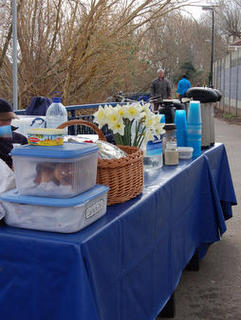 …. before we returned, suitably refreshed, to the fray.

Driven by disbelief and fury over uncaring fly tippers, our volunteers worked on until 3pm – and what a difference they made! 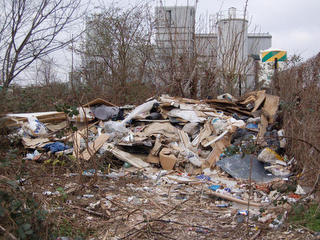 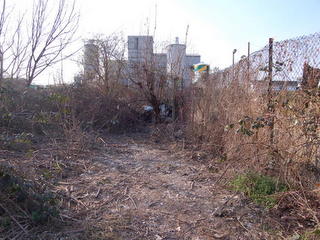 In the last 15 minutes we found a large water tank, this one heavier than the first because it was full of silt. With all three grapples in action, the tank was eventually hauled up to the footpath, where Roger removed most of the silt by hand and discovered that an eel had taken up residence! 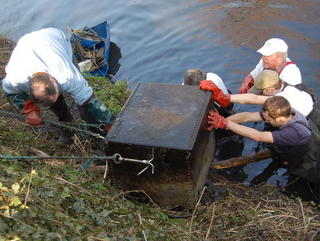 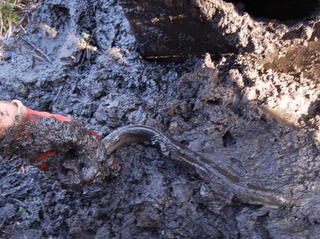 Our regular waste lorry driver, Terry, turned up early to remove the rubbish and there was so much of it that he had to arrange to return the following day for a further two lorry loads. 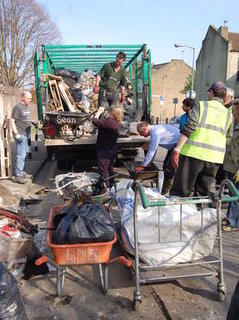 As ever, we’re very grateful to him, as well as Joanna and Michael of Wandsworth Council’s Waste Management Team, who arranged collection of the rubbish pile on the day.

This event was supported by the Western Riverside Environmental Fund. 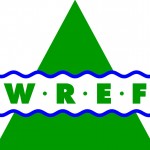