The stretch of the river across Mill Green was very badly affected by the release of cleaning fluid from the Beddington sewage treatment works in September – both the fish and plant life were devastated.  This was therefore an opportune moment to clean this stretch, which hadn’t been done before, and help encourage its recovery. The rather grey November day was brightened up by the seemingly never ending supply of mugs of tea from the landlord of the Queen’s Head. 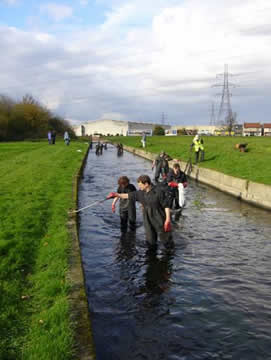 Despite the shallowness of the water, large items were found, including two baths. 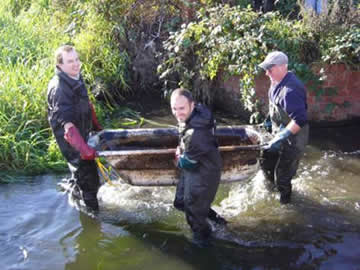 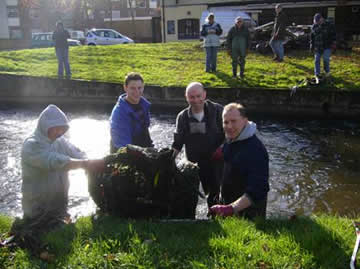 Councillor John Drage also joined us and was impressed by the amount of rubbish gathered. 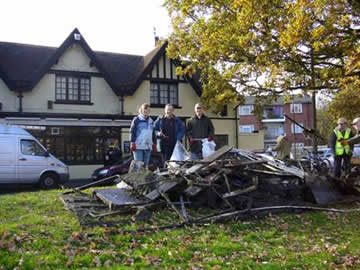 After the refreshment break, the stretch just downstream of Goat Road and Middleton Road was given a quick blitz. This area attracts large amounts of litter and we’re doing us best to keep on top of it with frequent visits.  We then retired to the Queen’s Head for a drink or two.