On Remembrance Sunday, our river cleanup schedule brought us back to Carshalton – with the ambitious plan of clearing rubbish from not one but two stretches of the Wandle’s headwaters.

After the Health & Safety briefing, Theo took about half of our eager volunteers downstream to Hackbridge, where they found plenty of rubbish in the river alongside Restmor Way: 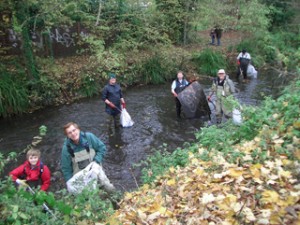 In the meantime, Erica and Gideon led everyone else to the top end of Wilderness Island, and worked all the way up the steep gorge to Grove Park , where the Hackbridge gang joined them after tea and Jo’s very special ginger cake. 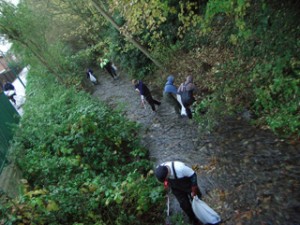 Even divided between two pick-up points (thanks to Sutton Council for collecting everything on Monday morning!), a lot of rubbish came out of these narrow, riffly stretches of river: 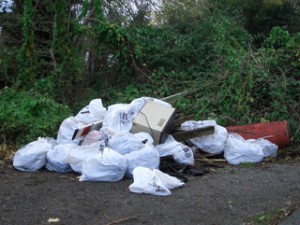 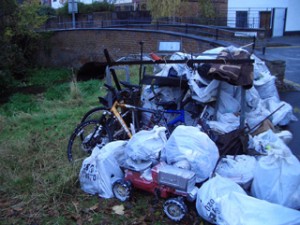 But by far the best find of the day went to Abi, one of our new Trout in the Classroom teachers: a genuine trophy trout! 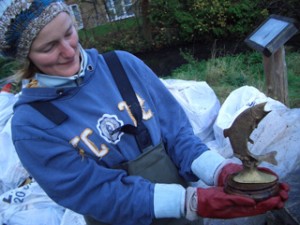 By the end, everyone was ready for a drink… but we made time for one last team photo before heading to the Greyhound pub beside Carshalton Ponds. 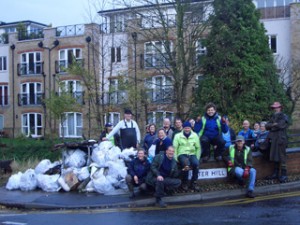