As can be seen, spirits were high at the end of this clean up which resulted in our largest haul of rubbish yet!  It included 63 tyres, a fridge freezer, cash dispenser, washing machine, motor bike, gas cylinders and two wheelbarrows that have been kept for use at future cleanups. 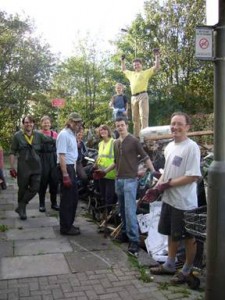 Trewint Street in Earlsfield is one of the Wandle’s worst fly-tipping blackspots but even the Wandsworth Council workers that kindly collected the rubbish were surprised at how much we’d accumulated. “You must be having a laugh” was the response of the foreman who promptly ordered a second truck which was easily filled.

The impact of the cleanup can clearly be seen in the “before” and “after” shots below. 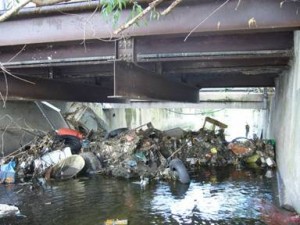 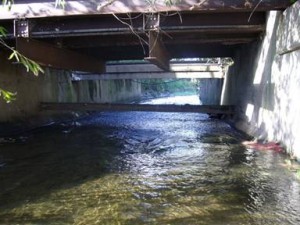 The pile of rubbish also attracted the attention of the police, who turned up with their blue light flashing expecting to find fly tippers! 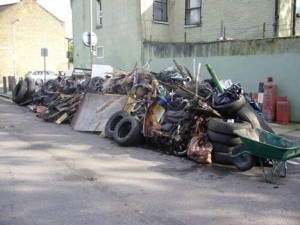 A well earned pint or two was supped in the Leather Bottle on Garrett Lane afterwards.