This cleanup built on the good work done at Trewint Street for the filming of Countryfile. At the end of the afternoon the river was looking the cleanest any of us can remember.   This was due in part to the large number of new faces which included a group from Richmond University and we hope to see them again at future cleanups.

A staggering amount of rubbish was pulled out, which included everything from a cash register… 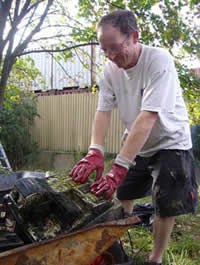 … to a kitchen sink! 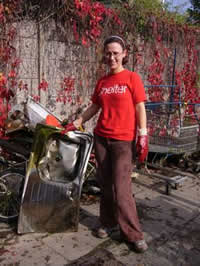 Of course there were a few trolleys … well 22 actually! 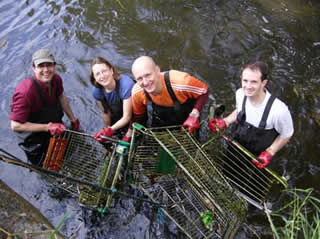 Through the use of Mark’s winch it was possible to haul out heavy items such as a safe. 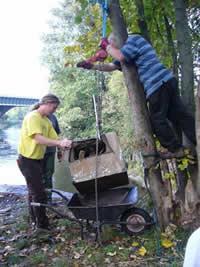 We’re also grateful to Mark for taking many of the metal items away for scrap.  At the end of the day we managed to fill both his and Wandsworth Council’s vehicles with rubbish. 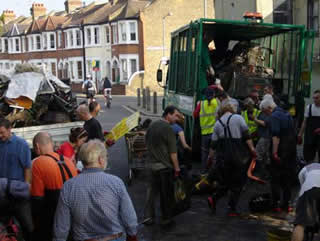 The hard work was rewarded with a drink or two at the Leather Bottle on Garrett Lane.