On the second Sunday of October, we were back on the river at Trewint Street in Earlsfield, one of the Wandle Valley’s worst fly-tipping blackspots.

This time, just getting at the rubbish meant clearing a lot of invasive floating pennywort first – using an alarmingly large carving knife (found in the river) and a cut-and-roll-up technique pioneered by Zigi at Morden Hall: 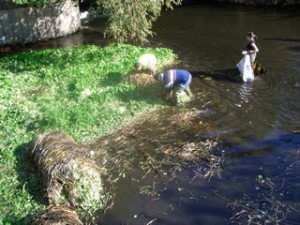 Whilst Rachel interviewed Theo for a podcast on her Citybumpkin blogsite, some of our volunteers helped Gideon wash gravel for this year’s Trout in the Classroom programme: 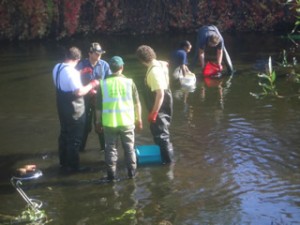 .. and others dredged up a record number of dead scooters and even deader powerbikes: 6 or was it 7? 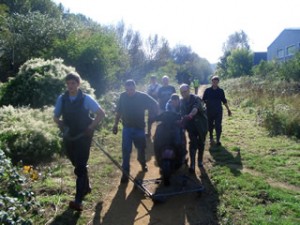 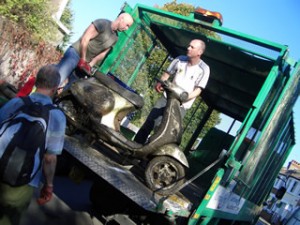 In the end, it wasn’t much of a surprise that we collected a record pile of rubbish, enough to fill 2 cage lorries generously provided by Wandsworth Council: 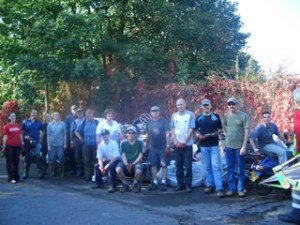 But not before Duncan had got to grips with his duty as a fishing conservationist, and rescued an endangered, slippery stowaway from one of those bikes! 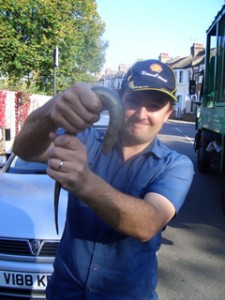